When you're older.
posted by WingsOfDeath 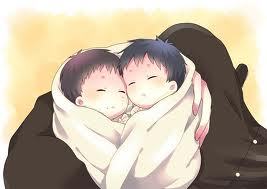 Couple years in the future, I'm not telling when...

"Their beautiful..." The Angel – Jäger der Finsternis looked down at her newborns.
"Yeah." Fang smiled.
"Get the kids out of here. Now." Tara burst into their room, Pistolen drawn.
"What? Why!?" Pure terror in the Angel's voice.
"No time, just go!"
Fang picked up his wife, and snapped out his wings. Tara fired at the blur that crashed in the door, only to miss.
"NO!" Devin screeched, the young baby being snatched from her. The other child was snatched Von the same blur. Tara restrained Devin from flying after her children, while Fang blurred after the assailant.
"LET ME GO!"
"Devin! Calm down! Fang will get them!"
Hot tears streamed down her face.

"Sorry Mom, Dad." Mel mouthed. Mel looked back at her father. Her mantel hid her identity, and her wings carried her faster. Fang only pushed harder, grabbing Mel Von the ankle. Her eyes widened, she yanked away, and blurred, her speed making thunder clap.

She landed, two children in her arms. They slept peacefully, and Mel felt guilty. But it had to be done. She walked into the warehouse, where a red hot rod sat in a fire. She lay the young boy in a crib, where as she took the young girl to a table. She lay the baby carefully on the table, not wanting to wake her up. she took the rod, and started to burn the back of the baby's hand. Screaming, the young baby squirmed. Mel continued to burn an image of wings her younger self mercilessly.
"When you're older..." She whispered, glancing at her own scar.

Mel flew through the air, scanning below. History couldn't change drastically, so she had to deliver the young children to the School. When she landed, Erasers swarmed. She only set down the children. She kissed them both on the head, and blurred.

Mel walked in the front door, mantel gone, and unphased Von what she had just done. Devin sat, crying into Fang's chest. He looked up at Mel, sorrow in his own eyes that only the ones that were closest could see.
"What happened?" She sounded quizzical, but on the inside, she knew...
AislingYJ likes this
SilverWings13 I saw the title and almost scream, "FORBIDDEN PHRASE!" But I still wuv it ^.^ Question: if Mel burned the back of her younger self's hand, then wouldn't that same burn appear on older Mel's hand as well? Not that they really matter, but it's a weird rule of the space time continuum- anything that happens to the past, remains for the future. Iunno :P
WingsOfDeath *Giggles* I DO have that scar. ((*Nods*))
ValacYJ ((O.O))
WingsOfDeath ((*Giggle fit*))
ValacYJ That's a very forbidden phrase. ((REALLY?!))
WingsOfDeath Is that all you got out of this WHOLE article?! ((*Giggling*))
Robin_Love MEL YOU BITCH! YOU SUCK!!!!! :'( JK. You KNOW I love you. BUT I CRIED MYSELF TO SLEEP WHEN YOU SENT THIS!!!!!!!
WingsOfDeath *Giggles* I've been called worst. ((;-; *Cuddles her* My poor baby.))
Prisoner of War 14
posted by Robin_Love 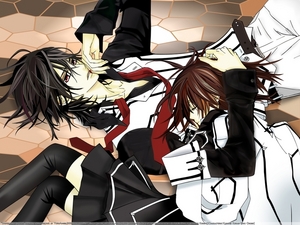 Not at all important in this part. Felt like I needed a pic though
The knock sounded on her door, just as she expected. She didn't Bewegen to open it, returning to putting her stuff in hidden spots. She wasn't surprised when he was suddenly leaning against the wall. She just kept busy.
“Welcome home.”
Tara made no response oder sign that she even heard him. She just went on with putting away the clothes she would re-pack later on. He grabbed her arm, forcing her to stop. She looked at him blankly.
“You know Du did the right thing coming here. Don't act like I forced you.”
Tara nodded, choosing to ignore that last comment.
“Get ready. I'll meet Du in ten...
continue reading...
Young Detective (One Shot-SilverWings Challenge)
posted by ShadowYJ
It was a crisp fall Tag in the city of Melbourne, and a 2 yr old girl was perched on a red wooden schemel, hocker in front of the huge glass window. Watching the bustling city, cars and stinky drivers, hotels filled with taxi cars and malls bursting with a large amount of shoppers. She wasn't so far up in the apartment, hardly on the Sekunde floor so she was able to see most things, her hands greedily moving up the window, wishing to go outside.
Her eyes followed traces of flying autumn leaves, rustling in the wind and dancing in the sky.
A big black transporter, van gave a big abrupt stop on the side of a jewellers...
continue reading... 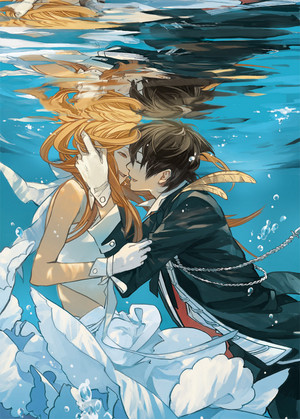 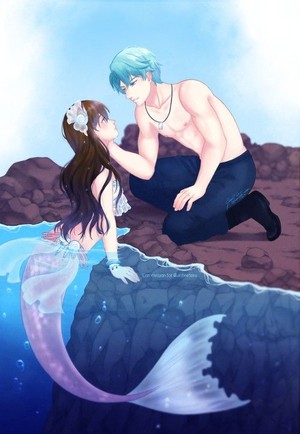 Dylan and Phoebe
added by Robin_Love
Source: (C) to artists/owners 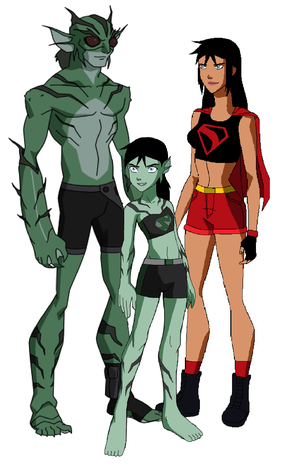 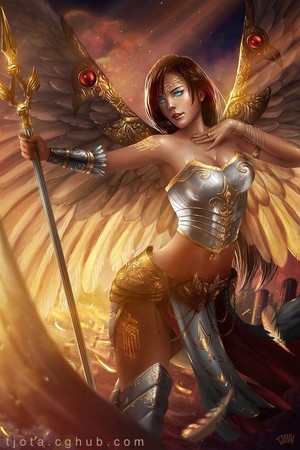 
She sat slumped at the mahogany desk, elbows propped onto the edge and hands kept together holding a pale picture frame. Her auburn hair was pulled up into a messy bun, and her freckles became even Mehr obvious with only the light of a three-wick candle in the corner of the desk. A pained smile was formed on her face, and stained tears to match.

There was a knock at her bedroom door. She quickly and quietly tried shoving the picture into a drawer, but accidently leaving a corner of it sticking out...
continue reading...
Things Du Need To Know About Jake
posted by khanna266
Things Du should never do

1.Call me a terrorist just because I'm Muslim (unless Du want me to put a bomb in your car)

2.Call me Cutie pie (the last time somebody called me that they ended up with a black eye)

3.Never and I mean never touch my motorcycle.(Bad things will happen to you)

4.Don't dress up as me for Halloween and say your definitely dressed up as the scariest thing there is.

7.Don't touch my bier it's only for me to drink.

8.Say that I'm only smart because I'm half asian the last time someone sagte that they were stuck in the hospital for 2 months.

9.Try to piss me off for fun

10.THIS IS THE MOST IMPORTANT ONE.
Never and I mean NEVER touch my boyfriend.
It was only a Dream
posted by ScarletYJ
This is what happened in a creepy dream I had last night

Warning there's going to be gore in this story, read at your own risk

Scarlet's eyes slowly fluttered open as she laid on what felt like a cold floor. She quickly jolted upright looking around at the never-ending darkness she had woke up in. She stood up trying to use her powers, with no success.

"Scarlet!" she turned as she heard her name not seeing anything but the darkness.

"Mom, is that you, where are you?" she shouted back, she didn't know how it could be her mother. She ran desperately towards where she had heard the voice. She slipped...
continue reading...
2
SURVIVAL GUIDE/ LIST/ I GOT BORED
posted by SilverWingsYJ
Was going to do this way back when, but I put it aside for a while. Here it is: a few ways to stay unharmed when hanging around SilverWings. I recommend NOT doing them ;)

3) Sneak up on her and jump out and yell "BOO!". She may reflexively pull out a messer and... Du get the picture.

4) Ask why she doesn't have wings despite her hero name.

5) Touch her knives, hidden blade, oder any other weapon.

7) Spray her with Silly String.

8) Dump a bucket of ice water on her while she's sleeping (yes...
continue reading...
1
Memory part 20
posted by Robin_Love
She walked out of the room, locking the door behind her. She headed into the large room and looked around. She waved Anton over.
“How close are we?”
“Just a few Mehr hours.”
“Make it sooner. Anything can happen.”
“Of course.”
“Dismissed.”
Anton left and she was approached Von Teague and Serepta.
“Enough of this! We have played your game long enough! Du promised them to us! We've done our part. Where are they?!”
“Patience Serepta. You'll have your warrior soon enough. As for the angel, she will return to us soon. I needed her. I want to fuel the feuer a little Mehr before they...
continue reading... 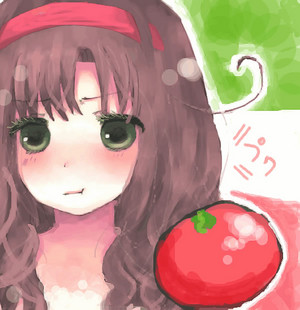 My Lovely Dane
added by SilverWings13
Source: ChibiRayy [zerochan]
1
The Ruriks Part 2: Neige du blanc
posted by SilverWings13
The endless halls of the immense cathedral were quiet, but not silent. Wind whispered through cracks in the ancient walls and wooden floors, like ghosts seeping in and out of the hallways. Tall stained glass windows allowed in colorful light during the day. The infirmary’s windows, however, were plain glass, and the moonlight filtered into the room as soft white light between shadows. The only color came from a single, small rose stain-glass window high above the door. Nestled in the center of the purple and Gold petals was a tiny angel. The Angel – Jäger der Finsternis had its eyes closed and head bowed over the...
continue reading... 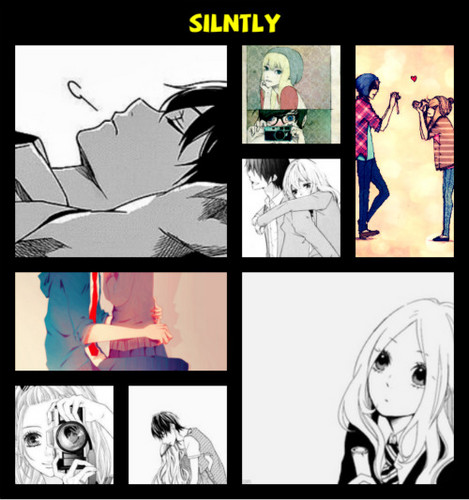 Couple Collage maker requests
added by Mclovin_69
1
Red haube joins the team (one-shot challenge)
posted by Obscurity98
Robin sat with Wally playing Video games, ignoring an annoyed Superboy. Who was whisked away from watching his static TV. "Got one! and another! and Here goes another one!" Robin was shouting. "Oh yeah i'll get Mehr that you, i already did." Wally shouted back. just then the automatic female voice overhead said, "B0-7 Batman, B0-4 Red Arrow. B0-01 Red Hood." Robin's hands froze on the controls. Red Hood? The Red Hood!? the Red Hood's DAUGHTER!
Robin dropped the control confusing Wally as he zipped away as fast as his little legs could carry him. Harley was walking down the hallway of the cave...
continue reading...

I am the Omega.
added by DiscordYJ
Source: me 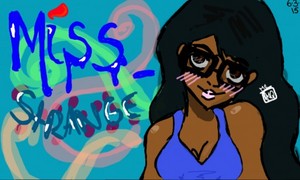 Its Me- Oh Lord
added by MafiaYJ
Source: ALSO ME 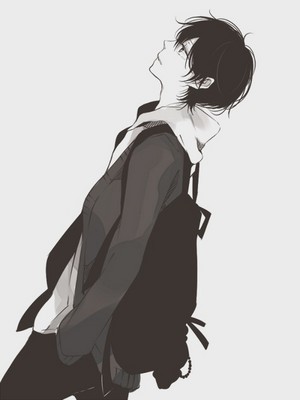