2
Why I Liebe Within Temptation
posted by zanhar1

Most people know that I Liebe Within Temptation but I don't think I've really stated why, so I decided to type an Artikel on it.

First and foremost, Sharon. I Liebe Sharon so much. She just seems like such a lovely person and she's so adorable. And her stage presence is amazing and very energetic. She seems just as excited to be on the stage as we are to be in the crowd. I also really admire the fact that she sagte she'd never go nude to break into the American market. Sharon is just the best.

In relation to energetic performances; they are awesome live. I haven't gotten a chance to see them live myself (I've got tickets to a fall show) but I've seen some YouTube footage. Sharon sings just as amazingly live as she does on the CD's. The guitarists are always amazing. And again Sharon's stage energy is stellar; she's always moving around (making sure each side can see her) oder jumping up and down oder doing that crazy-cool wrist twirl she does. And she usually invites people to sing along.

Another thing I really Liebe about Within Temptation is the fact that they are willing to experiment, and under the same band name. When bands change up their style a lot they tend to create a Sekunde oder sub group. WT went from their orchestral/ballad style to a heavier rock style, hell, they even incorporated rap into one song. And they were Merida - Legende der Highlands enough to do it under the same name.

And I honestly Liebe every song they make. There's not one that I hate. Even with the style change. I Liebe both styles in their own way for different reasons. I Liebe the Mother Earth era so much because of how enchanting and beautiful it was. But then I really Liebe the newer stuff because it's heaver and really fun to listen to.

Overall, in terms of the songs, I just Liebe the lyrics so much. They are meaningful and not trashy. They tell a story, I like being able to visualize the song in my head. Among my Favorit lyrics are "Because my child, this not our farewell this is not our farewell." "Ancient spirits of the forest made him king of elves and trees." and "The choirs have awoken left our words unspoken remember Du as long as I can." And that doesn't even put a scratch on the amount of wonderful lyrics the band has. I could sit for hours just Lesen the lyrics. Heck, I've even made a series of fanfictions based on the lyrics.

With the lyrics brings in another topic; Within Temptation doesn't need 'shock value' lyrics to get an audience. Don't get me wrong, I do Liebe myself an explicit song (in lyric and/or theme) oder two but I have a really high degree of respect for bands who don't use it. In like 2007 when I was only maybe 11 oder 12 years old I really appreciated having a band that I sing along to in front of my parents and that I could play in school without getting a hard time for it. Sharon, Robert, and the others don't need a boat-load of cussing to tell a story. In Frozen and Jane Doe, they didn't need a mess of f-bombs to portray anger. And I think that's super awesome.

Which leads me to the Musik videos. As seen above, pop culture today is huge on shock value and Schauspielen trashy to get views. *CoughNickiMinaj&RobinThickeCough*. Within Temptation doesn't need that crap. Their Videos are all so beautiful. They're artistic and just as magical as the lyrics. Even the low-budget Videos from their first few years like Ice Queen were visually stunning and cool to watch. I really Liebe the Mother Earth Musik video and the one for The Howling was badarse. Let's not forget the latest (as of June 9th 2014) video--And We Run. That one was just so well put together, from the scenery to the costuming.

Speaking of costuming, that's another really amazing aspect of Within Temptation. New oder old, Sharon always has these amazing outfits. I loved the dress she wore on the cover oder the Mother Earth album and the one she wore whilst Singen Jillian at the Black Symphony concert. And I totally won't leave out all her newer kick-butt leather outfits. ;) And if I've got my facts right, Sharon designed them all herself.

And of course I Liebe the members themselves. All of them, band-mates and the tech-crew. They are so cute and funny. If Du haven't seen the Hydra Tour Diary I would totally recommend it. Sharon in a wig store was a fun watch. She also accidentally spoke in German at a French concert, super cute, super funny. Don't get me started on Robert and his thing for talking about butts. :3 And then there was that time when they celebrated their tech-man's birthday; they made him a plate of birthday hamburgers and sang him happy birthday. Oh, and I can't not mentioned that the men had tried on Sharon's dresses. The whole group is a lot of fun.

Last but not least I Liebe how they interact with their fans. They all seem to just appreciate their Fans so much. There are singers like Justin Bieber--who spit on their Fans and Zeigen up hours late to their concerts--and there are bands/singers like Within Temptation who try to talk to Fans outside the konzert and Sharon who will (if she notices someone in the crowd who is really into it) invite Fans on stage and let them sing with her. I remember watching a video in which Sharon says something like "if I see someone in the crowd Singen along and having fun I try to hand them the mic and say 'this is your time to shine'." The band even had a Facebook contest in which some Fans were able to get featured on the cover of Unforgiving. And the Hydra tour contest in which the Fans can send in clips of them talking about their expirance at the Hydra tours. And of course at the end of the Tour Diary Sharon is always thanking her Fans for attending and/or saying 'if Du couldn't be here this time we hope to see Du Weiter time.' Anytime as singer interacts with their Fans is a good thing.

insgesamt I think it's safe, sicher to say I just Liebe everything about these guys. 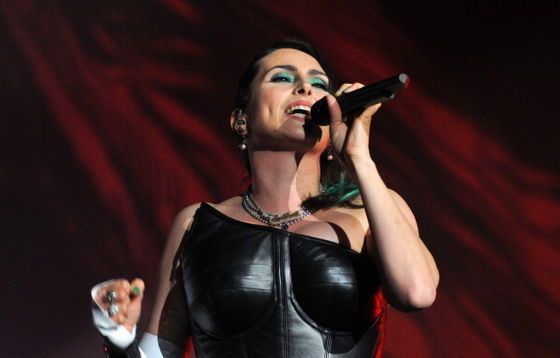 sweetie-94 and Alchemistlover like this
ugh2014 I like the idea the band isn't afraid to defy expectations in terms of music genres. they are always changing their sound. most people would say bands in the "symphonic/Gothic/etc genre" the sound is similar (very very similar). most people blame the popularization of Evanescence
zanhar1 I guess that's all a matter of opinions; I mean people say all rap sounds the same, all pop is generic, all country is similar. Honestly though, without the simalarites and some like componates, we wouldn't really be able to organize music into different genres. With in a genre (since there has to be some sort of structure and basis) I think the singer's unique vocal set, combined with unique lyrics and a new take on how to utilize the structures is what makes the band unique. For example with WT, Epica, and NW a commenality is the high notes and to a degree the operatic vocals. However Tarja's opera is vastly different from Simone's and Sharon's high notes are very different from those of say, Charlotte Wessels'. I hope that makes sense. That said I wouldn't pin the 'recycled themes' so to speak on any one band. The music industry as a whole (to an extent) kind of just like organization and guidelines. 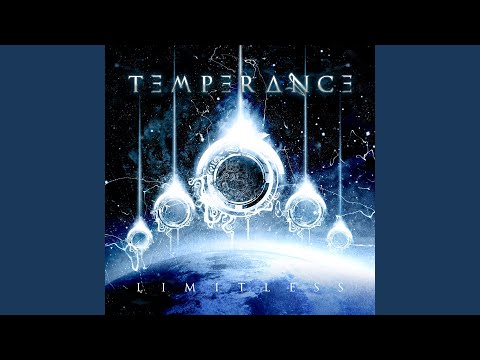 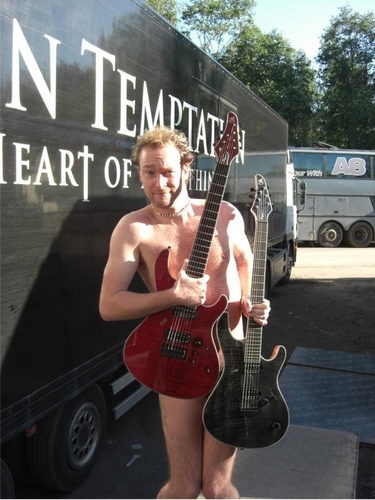 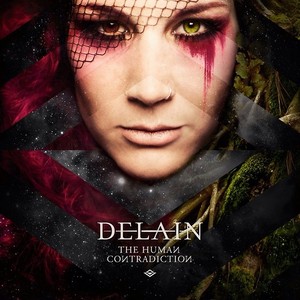 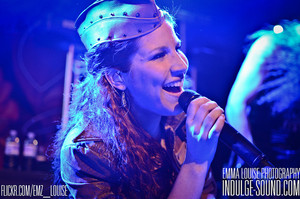 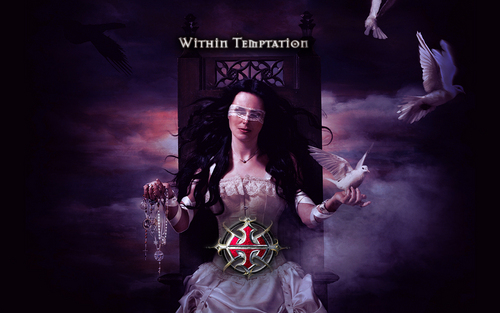 1
Within Temptation
added by TaMaRa_88 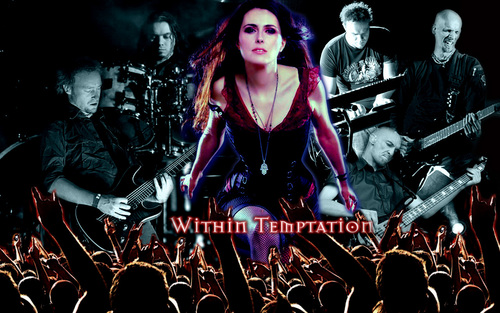 2
Within Temptation
added by TaMaRa_88 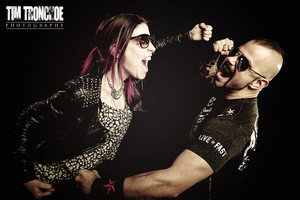 Bearbeiten Von me.
added by Sakkara98 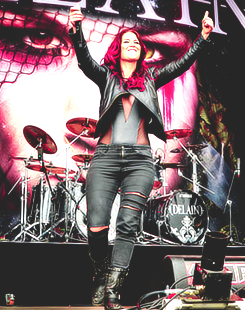 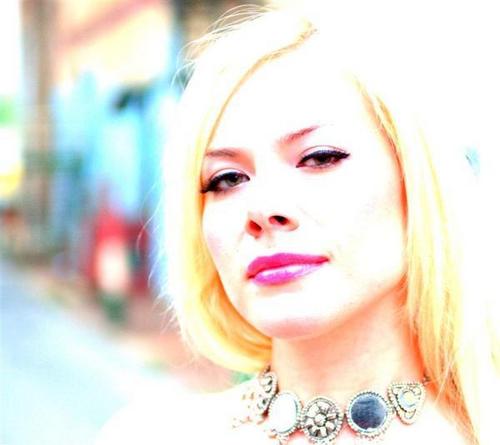 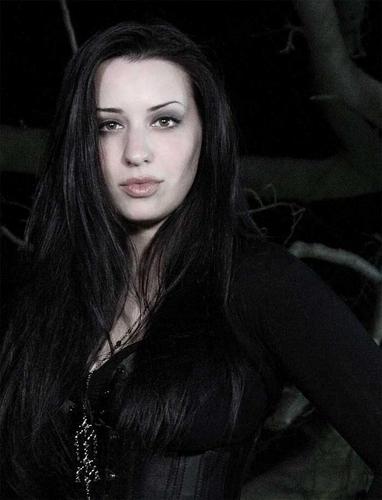 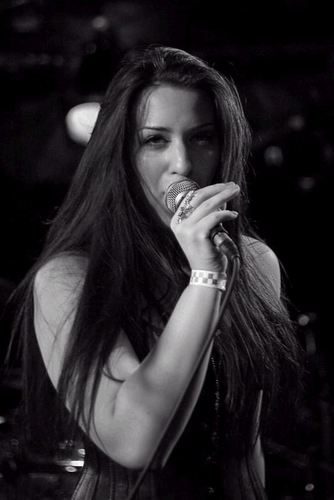 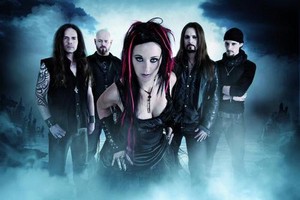 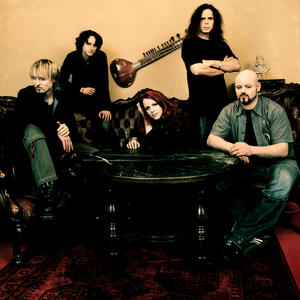 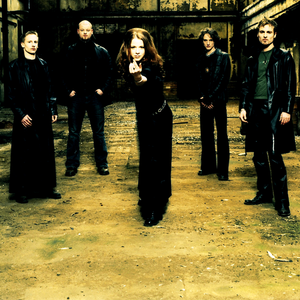 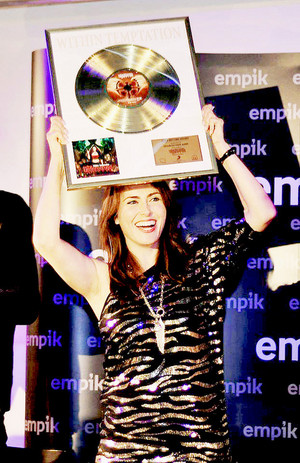 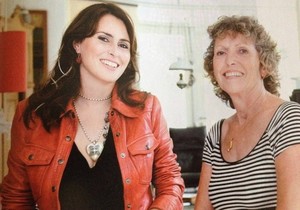