6
Hogwarts' quality and Dumbledore's reputation
posted by bendaimmortal
I found an interesting short essay from HP Lexicon and it made me think about it even deeper than it goes.

First off; please don't get me wrong.
I Liebe Dumbledore's character, I Liebe Lockhart's character, I Liebe Hogwarts, and I love, love, love the Bücher and the HP universe. I'm just wondering and interested in what, if anything, is behind all this I'm about to discuss.
That if Rowling possibly actually planned this somehow and for some reason many parents in that universe are willing to over-look huge problems and risk their children's lives because of someone's status and Zurück reputation...OR if this is just unfortunate illogicness because of her coming up with awesome general storylines and interesting characters and not thinking some of them enough throroughly.

...What?? Makes me wonder how shitty and dangerous it must have been before Dumbledore's rule if that's the case during it.

I mean, sure Dumbledore was the first Headmaster to allow werewolf children and such into the school and over-all was very tolerant and good with children and certainly had a lot of wisdom. And acchievements and a high status in the wizarding world. Those are important and essential matters affecting his reputation as a person and as a Headmaster and the school through him.

- 1991-1992: Allowed a giant, vicious three-headed dog inside the school. And to be kept in a room in the middle of the school where any student could enter at any time they wished. Apparently it indeed didn't even have any protective spells on the door as a bunch of 11-year olds were able to just run in. Which leads me to believe that they totally weren't the only students to find out about Fluffy.
I mean, come on. Announcing at the beginning of the school Jahr that a certain room is off-limits unless one wishes to die the most excruciating and painful death, is not going to stop curious, daredevil, adventurous kids from checking it out! On the contrary, it makes them want to do so even more. Especially the 11-year olds who don't even have much if any skills yet to defend themselves in any way. And they had no idea how to calm the dog down.

Horribly irresponsible from Dumbledore.
And hence, there must have been Mehr than the Trio who saw Fluffy, the story must have come out to parents. There was no excuse for not taking care of the children's safety if that dog had to be in there.

I know Dumbledore has sagte he would trust Hagrid with his life, but it doesn't justify trusting other people's (11-year old) children's lives in Hagrid's hands. Especially when there's four of them and Hagrid could not possibly manage to protect them all. And indeed, Hagrid even idiotically decides to send two of those kids roaming the forest on their own.

I mean, damn was that unbelieavably irresponsible, as well as disrespectful/unnapreciative towards the parents' trust. From Hagrid and whoever assigned the detention and from Dumbledore.

Now, would this story have come out? YES, because one of thos kids was Draco Malfoy who literally sagte he'd tell his father about it, (even if for arrogant motives.) And probably spread the story around the school, too. And any sensible student would've complained about something like that to their parents.

I'm sure some parents chose to not send their 11-year old kids to this school in subsequent years, and some may have even pulled their kids out in the middle of this very year. And that they didn't think so highly of Dunmbledore anymore.

- 1992-1993: Allowed Lockhart to remain in the post of Defense Against Dark Arts teacher for the whole school year, even though very quickly it became obvious that he's nowhere near qualified for it and is downright dangerous around children.
* He didn't always teach anything useful but might keep quizes about himself.
* He brought semi-dangerous little creatures, pixies oder whatever, into the classroom, let them loose without any instructions how to deal with them, and then when the chaos happened he ran away like a little girl and oredered three 12-year old children to deal with it alone.
* He managed to remove all Bones from a 12-year old student's arm when attempting to heal that arm, which should scream that this man should not be allowed near children.

Yes, Dumbledore did in the future hire good DADA teachers who he genuinely believed to be safe, but the point is that he allowed that useless, irresponsible and somewhat dangerous teacher keep the teacher's post for the whole Jahr instead of fireing him and finding someone better and safe.

I can't see any valid excuse for this choice.
And stories about a teacher most certainly would go out to the parents from their children.
And how about when at the end of the Jahr Lockhart turned out to mess up a memory spell and erase/surpress all his own memories including his own identity. It doesn't matter if the situation in which it happened ever reached public, as in that Lockhart had attacked Harry and Ron (but if it did it would make it that much worse) because managing to do that to yourself alone screams that such man has no place to teach children anything spell-related.

Horribly irresponsible and careless from Dumbledore, and I don't know how anyone wanted to send their child to Hogwarts after Fluffy, the detention, and Lockhart.

- Generally: Allows Snape to mentally/spiritually abuse the students. This is especially odd seeing to the fact that at least some parents surely know about Snape's Death Eater past and thus aren't trusting him too much anyway, not to mention when hearing stories about the kids' unfair, scary Potions' Master...

You'd think all this would be too much for parents even with madame Pomfrey the healer among the staff. Because those situation aren't only potential to cause slight damage to the children but permanent damage and death, and mental damage too! While the kid is supposed to be safe, sicher and prosper there for nine months out of a year!
And even though Hogwarts doesn't take fees for the actual attendance, the school supplies are very expensive so surely parents expect their children to get good ecucation and fair treatment from teachers. That is no lockhart oder snape kind of teachers.

Yeah, I know schoold usually have some bad teachers, and mean teachers who target certain students. But there's usually a to how much so they are allowed to be, and especially this is strange seeing to how great and safe, sicher school Hogwarts is supposed to be considered and how great Headmaster Dumbledore is supposed to be seen as.

At least you'd think that the '90s totally changed this view, that people started to think much less highly of Dumbledore and not want their kids to attend Hogwarts anymore, long before the Sekunde war began. I mean, as they heard about Lockhart, Snape, irresponsible and dangerous detentions, three-headed Hunde without any protective/defensive spells on its location, and...and...

- 1993 when freakin' dementors were brought to the school entrances. Which in itself probably wasn't up to Dumbledore as the Ministry was hunting down Sirius who was suspected to be after Harry. But what was Dumbledore's responsibility, was the safety arrangements. Apparently no protection spells oder safety methods whatsoever, were included to make sure the kids stay safe. Other than, again, just warning the kids to be extremely careful with the dementors. How the *beep* would an 11-12-year old oder anyone for the matter, know how to avoid accidentally provoking a dementor??
And most of the kids had no hope in succeeding to produce any kind of Patronus if attacked Von a dementor, due to being too young to handle their emotions in such a situation.
And how does this ridiculousness end...? Indeed, the dementors enter the grounds and attack students. If I remember correctly they did so even before Sirius was there with Harry.

- And in 1993, although Remus' incident wasn't Dumbledore's doing oder lack of doing in any way...I'm sure many parents, prejudice against Werwölfe being as strong as it was at the time, didn't believe that Remus had innocently forgotten to take the potion that night. And thus, would've judged Dumbledore's ability to make safe, sicher and wise decisions al the more. As if Lockhart, Snape, Fluffy, and the dementor handling wasn't enough.

So...WTF?? To me it seems that the reputation of Hogwarts as a quality and safe, sicher school and of Dumbledore as a good headmaster must've gone from 100 to near zero during the 1990s, and caused Mehr and Mehr parents not to send their kids there and/or pull the kids out, as the years went by.

So, on what base Dumbledore was after his death, concidered "the best Headmaster Hogwarts has ever seen"?
Yes, he was tolerant person and good with children in some ways, and so on, but there's so many extremely bad decisions he made during the last six years. And why is that, anyway? How could he be so irrespoinsible and careless? Did he all the sudden go horribly senile, from the glorious Headmaster he supposedly used to be?

Did Rowling think of these matters at all oder did she just write all of that for the sake of adventurous, exciting and interesting storylines/events? 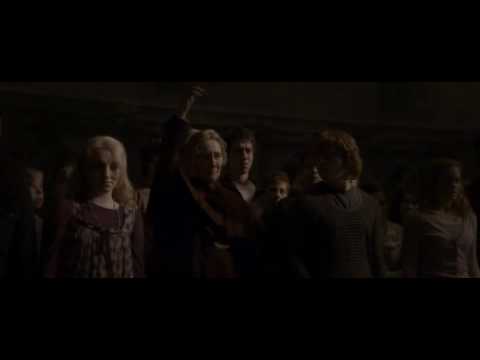 5
Dumbledore's Farewell Scene-Harry Potter and the Half-Blood Prince
added by peppergirl30
This scene is when Dumbledore is dead, from HBP. We will miss him.
video
Harry Potter
Filme
half blood prince
cast 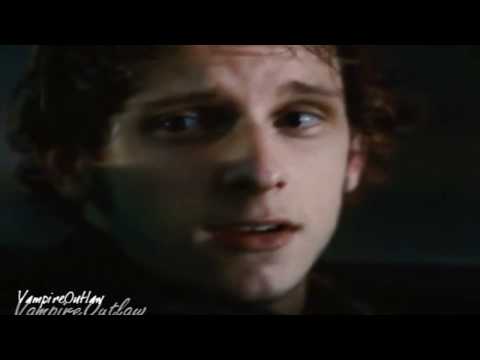 7
this is how the story ends | harry potter (for liz)
added by tina-kiss
credit: Kaiirel
video
Harry Potter
fanvid 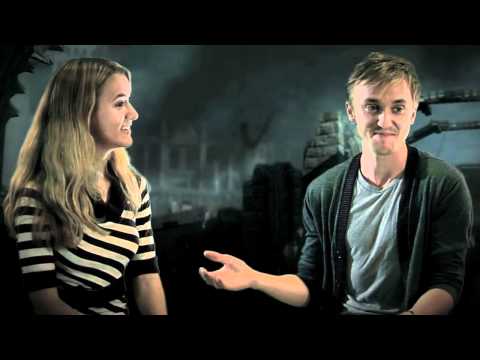 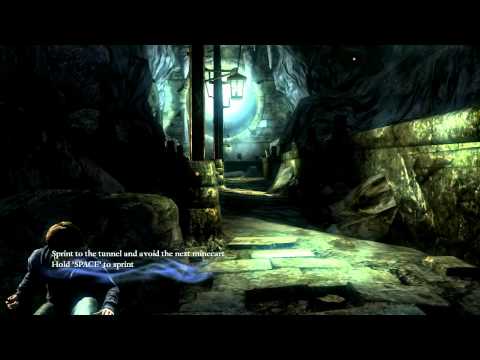 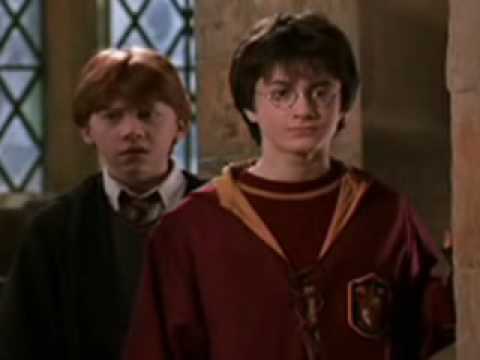 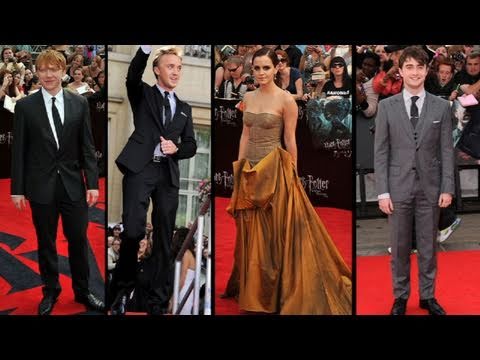 3
Harry Potter's Tom Felton Talks About Crush on Emma Watson
added by popsugartv
Emma Watson sure has her share of admirers in the Harry Potter cast! Tom Felton is the latest co-star to talk about a childhood crush on the actress in today's PopSugar Rush.
video
Tom Felton
Harry Potter
Emma Watson
deathly hallows 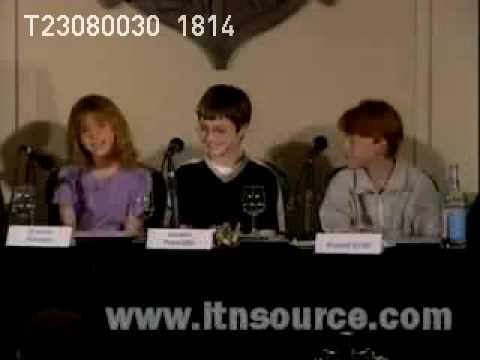