1
Testing (part 1)
posted by DeltaYJ
I wake up in a soft bed, that’s the first thing that’s wrong. Adrenaline already pumping in my veins, I leap out of the unknown bed. I peer around the room, that’s definitely not Cadmus. Where am I? I ask myself. I realise another thing, I’m really tall. I look at myself in a nearby mirror. This can’t be happening someone else is staring at me through the mirror. I look like a pre-teenager, like Experiment 1535783. What was her image age again?......12? Yeah that’s it, 12 years old in human years. This must be a trick....a test! This is a Cadmus testing unit! Probably to teach me how to react in different scenarios. Might as well get over it, and go back to Alpha. I open the door to blinding lights. This is one weird test...there was no problem, just a long hallway. I dash down the halls to the weirdest sight, kids. The oddest group of kids, different ages, some obviously not human, all interacting with each other. One turned and looked at me, then smiled wide and jumped over the couch he was sitting on, and ran at me. I was crushed, at first I thought it was an attack, but it was a symbol of human affection...a hug? Yes that’s what the Genomorphs called it. I tried to squirm out of the person's grasp. The boy pulled me away and I saw how much I looked like him, it was almost creepy.
“Del-ly! You're alright!!” The boy smiled widely. What kind of test it this? Am I supposed to kill him oder am I supposed to blend in with the others? The boy’s smile faltered as he saw my confused expression.
“Delta Du alright?” He asked me as the other kids gathered around. My eyes widened.
“HOW DO Du KNOW MY CODE NAME!!!” I yell. The Cadmus scientist don’t know my name, only the director and the other five do! The others looked stunned.
“Delta what are Du talking about?” A girl who looked like the boy asked.
“That’s it forget the test! I need to see the director!” I yell staring at the fake ceiling. oder what’s supposed to be the fake ceiling. The others look at me as if I Lost it. I glare at the simulations.
“FINE! Du want me to finish the stupid simulation?! I WILL!!” I yell and schlagen, punsch the boy in front of me, making a satisfying crunch. He yelled but I was already out of there and ran out of the room. Suddenly something blurred my vision and a red-haired boy stood in front of me.
“Delta?! What’s your problem?!” He said. I pull a messer that I stahl, stola for the küche counter and slice the boy’s arm and run towards the tube things, as he yells in pain.
Recognised Delta B-15 a voice says as the room behind me disappeared. Instead of the white Cadmus walls I expected, I see a dirty alleyway.
“What kind of test is this?” I ask the scientists, but get no answer. I do the only thing I know to do now, I start walking.
YJTTFAN likes this
SilverWings13 Uh oh... (more Pleez)
EclipseYJ Awesome! love it already
InfinityYJ OOOOHh... what's gonna happen?? 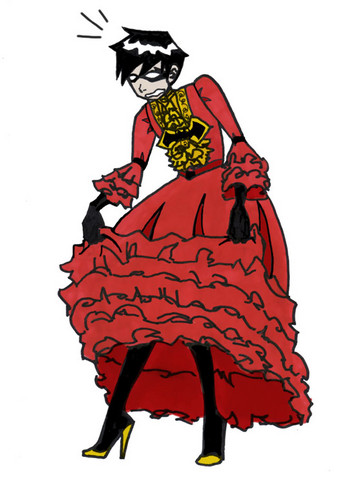 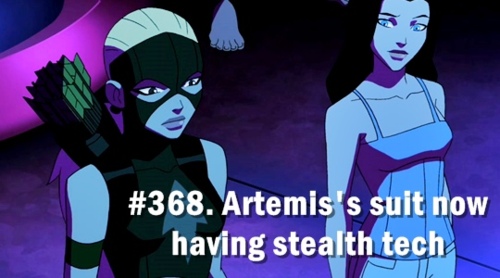 2
The best things about YJ
added by TOTALIzzyluver 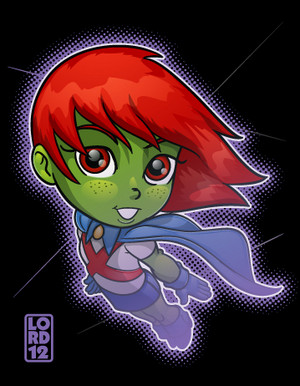 2
Young Justice- Ms. Martian
added by purplevampire
The Jaguar: Prologe
posted by Skittles98
My name is Zina. It comes from the word meaning secret spirit. I live in Zkanda, sister tribe to Wakanda. They are very similar, except our tribe is matriarchal, so women are the rulers. My mother’s name was Efuru, meaning Daughter of Heaven. We follow the old ways, unlike our brother tribe Wkanda, who follow new rules. I am Princess, while my mother was Queen. One day, a large woman who called her self Lady Liger came. She sought to rule our tribe, but my mother would not let that happen. Lady Liger challenged my mother to a duel in which my mother lost. Not just the battle, but her life....
continue reading... 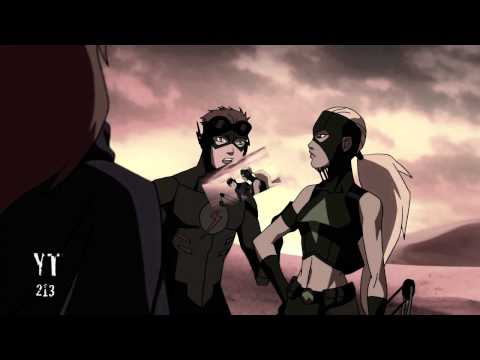 Robin was also a baby!!
Robin,FireBlaster its your turn deactivating the bomb and getting civilians out.
"Awesome whats the record time?"
40 minutes.
"We can tots beat that!"
I had a bad fealing about this Tag something was not right.
The alarm blared which meant it was time to start.
Then out of nowhere a lightning bolt came and hit Robin!
One came and hit me I could`nt even move!
It hurt alot,and I don`t feel pain.
AhHhhhhhhhh!!!!!!!!!!!!!me and Robin screamed in pain.When the lightning stoped I was falling and so was Robin he was unconcious.
I was transforming and Robin was too but our clothes,its as if we were turning to...
continue reading... 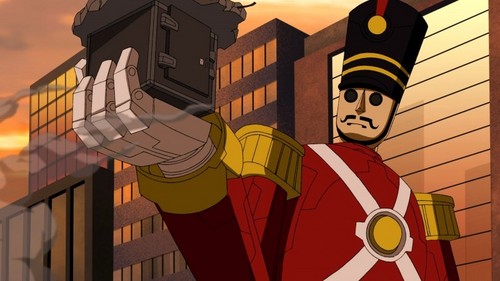 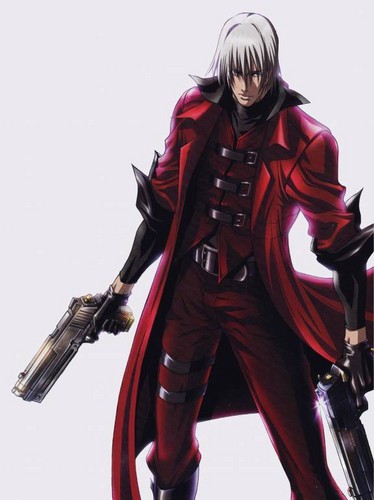 1
I found a Red Revenge Fan!!!!!!! XD
added by Becca_Shade
Artemis In Wonderland part 3
posted by Mclovin_69
"YOU FOOL! How could Du let the poor girl cry!, cant Du tell she wants to get out of here!" Cheshire yelled while coming out of camoflauge and jumping out of a nearby tree. Wonderland Wally gave her a glare " I thought i made it clear i didnt want Du around here anymore" he sagte as he walked over to Cheshire arms length away. The two began to argue in unison until Artemis finally stopped her tears, and brought up the courage to ask" Why do Du two hate eachother in the first place?", Wonderland Wally and Cheshire both looked at her and sighed deeply," before the Queen of hearts came to be...
continue reading... 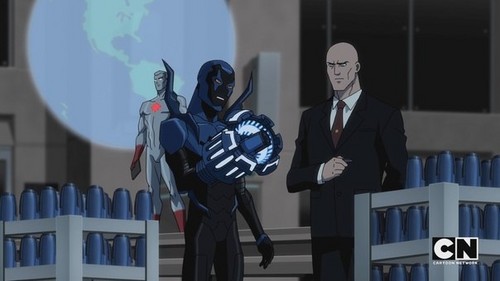 Merry Weihnachten from Young Justice 2!
added by TOTALIzzyluver
Another (but different one from the other i uploaded) video of YJ celebrating Weihnachten this time Kalder, Wally and Zatanna are there to celebrate Weihnachten
video 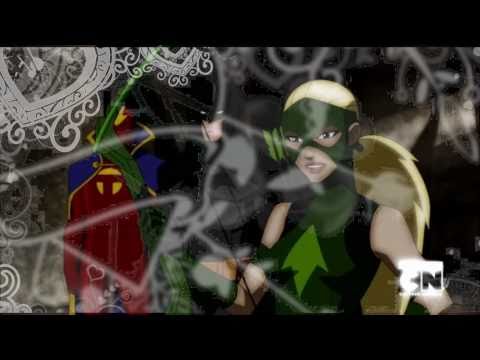 1
wallart just a dream~young justice
added by RavenclawQueen
video
young
justice
west
flash
kid
wally
artemis
Secrets Part 2: Crimson and Blonde Hair
posted by SB_lover0506
We looked at each other in alarm and confusion. We got up and quickly moved to our last classroom. No one knew why we were going into lockdown, but when there is a lockdown in Gotham it means that it will be a living hell. We moved lightly in the hall for only hands full of students at a time were released from lunch. Then the glass shattered and Du could hear something hit the ground.
“Madeline,” I choked staring to cry. Her body was a lifeless heap on the linoleum tile. Her brunette hair started to turn crimson with blood and her blue green eyes turned to glass.
“No,” Will whispered...
continue reading... 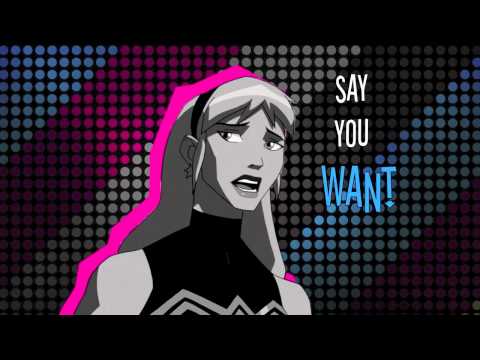 WonderBeetle: Plan B
added by YJTTFAN
Youngtitan213's video
video
wonder
girl
beetle
blue
2
Riddles!!!!
posted by Robin_Love
NOT MINE!!! ANOTHER HILARIOUS FANFIC I WANTED TO SHARE!!!! CRED DOESN'T GO TO ME!!!


It was a normal Tag for Young Justice as the team lounged around the common room. There was no mission from Batman, and training with Black Canary ended hours ago, leaving the team to do was they please for the rest of the day.
Robin sat kreuz legged in one of the armchairs, laptop resting on his knees. The youngest member typed away at the keyboard, updating his security. Since the teams last mission his software had been fried.
Aqualad and Superboy sat side Von side on the couch with game controllers in hand....
continue reading... 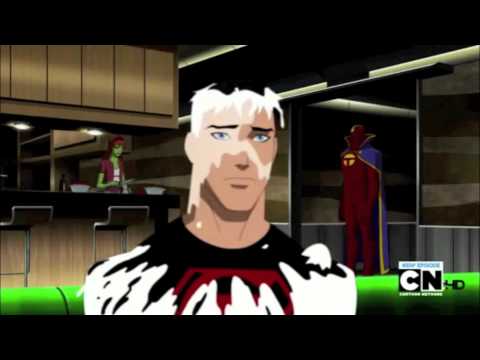 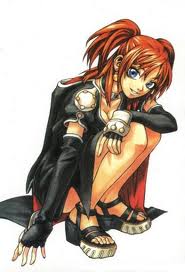 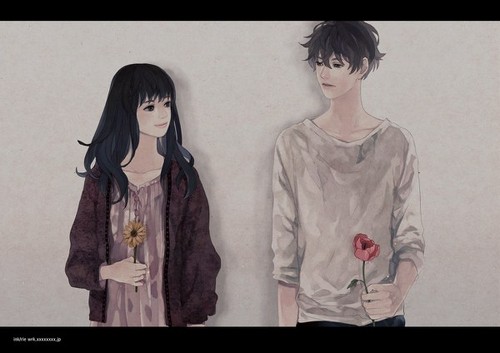