1
That Akward Moment When...(episode 2)
posted by YJTTFAN
........when your dad calls, and when Du answer your Friends shout out some embarrassing stuff.**This actually happened to me**

Dick, Wally, and Roy were all sitting in Roy's living room, playing some stupid video games. It was around that part in the game were nothing really happens when Dick's phone began to ring.

"Hey, guys, shut up, it's Bruce." Dick hushed his friends, then answered his phone.

"WALLY, PUT YOUR PANTS BACK ON!" Roy laughed.

"DICK, PUT THE DRUGS AWAY!" Wally hollered, "ROY, PUT THE messer DOWN!"

"WHAT THE HELL IS GOING ON OVER THERE! Du COME Home RIGHT NOW!" Bruce yelled, completely shocked Von what he just heard.

"Oh my gosh, I swear, Bruce, they're kidding!" Dick exclaimed.

Delta was with Project Justice, another team she was on. They were all just relaxing watching a movie. Delta's phone rang, she waved at Epsilon to turn the volume down, he oddly obliged
"Hey Bruce," She said
"DELTA PUT THE GUN DOWN HE'S DEAD ALREADY!" Gamma yelled
"EPSILON! PAY THE DRUG DEALER!" Omega hollered
"ALPHA, WHERE DO Du WANT ME TO SET OFF THE BOMB?" Sigma added.
" DELTA!! WHAT THE HELL IS GOING ON?!?!?!" Bruce yelled panicking. The whole team minus Delta roared with laughter at the face Delta was making and how she held the phone out as if it was a bomb.
"No, Dad it was a joke I swear!" The others snicked "Epsilon made them do it!" She added smirking at the sagte brown haired boy.
"Let me talk to him," Bruce sagte calming down. Epsilon paled
"Here Du go, don't wet yourself now," Delta snickers and handed over the phone. Epsilon sighed and took the phone, and walked to the Weiter room.
"He is soo dead," Alpha sagte smirking
======================================
The first one was not mine (FanFiction.net)
Sekunde was all me. PS Don't joke about killing and bombs when Du were PAST ASSASSINS!!
SB_lover0506 likes this
killer24 OKkkkk?
1
Stray
posted by Becca_Shade
The FanFic Challenge request from DeltaYJ


Artemis lay in the grass, feeling the breeze roll over her. She closed her eyes against the sun, feeling it warm her body. She heard footsteps and then something shaded her face. Opening her eyes, Artemis smiled when she saw Dick above her.
“Hey,” she said.
“Hi.”
He leaned down. Pressing a KISS to her lips. Artemis smiled up at him. She moved her head from the gras, grass to his lap. He rubbed her back and Artemis purred.
“Are Du tired kitty?” Dick asked.
“Meow,” Artemis answered with a nod.
Dick laughed and kissed her again.
“You wanna go do...
continue reading...
1
Traumatized Part 17
posted by Robin_Love

Becca
“What do Du think?” Becca asked, Wird angezeigt off her new hair style.
“Whoa! Becca Du look...hot!”
Becca smiled.
“Thanks Billy! Would Du notice me on a first glance?”
“Never!”
“Good!”
Becca put her hands on her hips, a huge smile plastered on her face. She looked at their faces, happy they approved of her style. She had taken the red out of her hair, and had gegeben herself Mehr side bangs. She had also layered it, wanting Mehr flow than anything else. She shook her head playfully before going to sit on the floor at Beck's feet. She leaned against him and he teasingly moved his legs...
continue reading...
Joining Forces Part 6
posted by Robin_Love
Grabbing her weapons and the note, Artemis entered the mountain just as Wally was coming to look for her.
“Oh! You're okay.”
“Yeah Wally. I just got distracted.”
Wally eyed the weapons in her hand before looking back at her.
“Distracted? Von what; a large bird?”
“No. Von someone who delivered a message.”
“Who?”
Artemis started walking and he followed behind her easily.
“Who? Who's the message from?”
“What message?” Robin asked.
“The one Artemis got from someone. Who she won't name.”
“It was Cheshire okay?!”
“Why would she send us a letter?”
“She sagte it was her job....
continue reading...
Moving On, Episode Three: Reliving Memories, Part Three
posted by Candy77019

"Batman, is he gonna be okay?"
"Batman, is he gonna be okay?" I asked nervously.
Batman took a long look at Wally, who was writhing in fear at the cot I'd put him on. After a while, he said, "He's lucky. This sample of Scarecrow's serum doesn't spread through the body. He'll be in this state for a few hours."
Behind me, the door opened and closed. Artemis stood beside me, speechless.
Batman cleared his throat. "Meanwhile, I want Du and Robin to go after Scarecrow and prevent him from producing Mehr fear serums." Without another word, he glided out of the room.
Artemis gently placed her hand on Wally's forehead. "I wonder...
continue reading...
FireBlaster Episode 16 "Batman`s B-day"
posted by Denelys

I was sleeping when an exited Robin woke me up.
I was sleeping Before Robin ran inside my room and jumped up and down on my bett whispering:
It`s Batmans birth Tag and he has`nt waken up!!!!!
Okay and Du think running down the hall,slamming the door is`nt gonna wake him up?
"Good point come one lets go to the kitchen!"
He grabbed me and dragged me to the kitchen.

When we got there I asked him:Do Du know how to make a cake?cause I don`t.
"UMMMMMM.....no and how hard can it be?"
Great an amazing duo who can`t cook a cake lets see where this takes us.
"Flour,4 eggs,mix,bake,and finneshed!"
Ummmm robin that is`nt a cake.
"M`gann!!!!!she knows how to...
continue reading...
FireBlaster Episode 11 "Happy BirthDay?"
posted by Denelys
Nice the Tag is here(I sagte sarcasticly)
I got up and layed on the floor,good thing the team dose`nt know about my B-day oder something is tottally bound to happen.I sagte out loud,WAIT! why did Wally say Happy almostB-day.
Wait calm down it can`t be I never told a soul and I never enred my bithday into the computer i guess im just paranoid.

When I got to MT.Justice everyone was`nt arguing,fighting,shouting,they we`re just doing different stuff,weird.
I keeped on walking and bumped into Superboy and he said:Im sorry,i spaced out did`nt see you.
What superboy appologized and smiled AND addmited he did...
continue reading...
A New Member of Young Justice, Part Four
posted by Candy77019
"What did Du do to them?!" I demanded. Kid Flash and Artimus were knocked out, unaware that they were about to be shot.
The tall clown grinned. "We found these rats out back, tryin' to disable the alarm system. The others got away before we could get them."
Superboy! Could Du hear me? I thought as loud as I could.
"Kind of busy over here!" he replied mentally.
Crap. Now what?
I looked around for things to bend. I was out of luck, for there was no water here.
"Now, let us handcuff you, and we'll take all of Du to the boss," purred the short and fat man.
I sighed and put my hands out. They...
continue reading...
1
A New Member of Young Justice, Part One
posted by Candy77019
"Class, before Du leave, please remember to write down tonight's homework assignment so Du won't forget over the weekend." He looked sternly at me.
"Don't worry, Mr. Thomas, I'll have it done," I sagte to him, though I wasn't really sure I meant it.
He grunted, then the glocke rang. "Dismissed."
I raced out of the room and ran outside. I jumped in the air and whooped. "Yes! The weekend!"
But it wasn't only a weekend, it was the last weekend before summer vacation. Which meant there was only three Mehr days of school left.
I started walking toward the small bridge that led to my home. Even though...
continue reading...

5
some reasons of why we Liebe yj
added by CarolineG

13
No Peeking
added by Nanjing

1
Young Justice ~ All the Right Moves 2.0
added by RavenclawQueen
Loved the beginning of this video, and I think the song goes. :D
video
justice
young 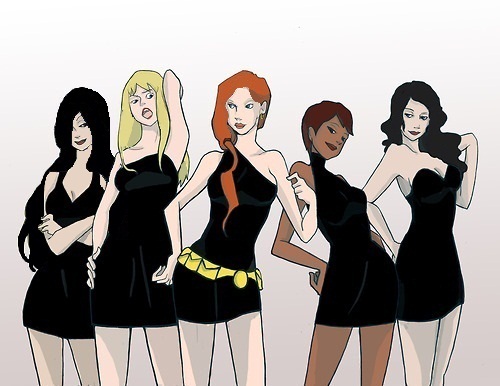 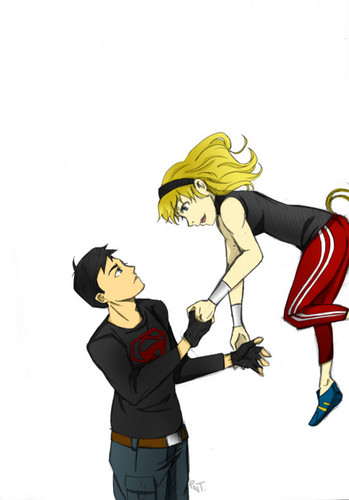 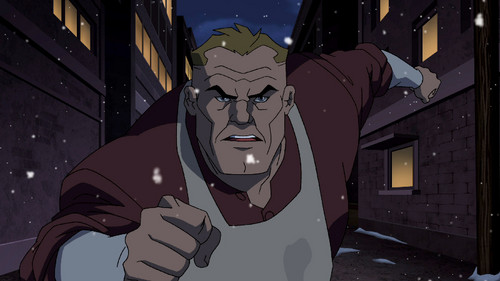 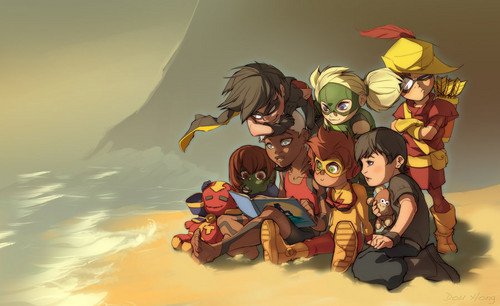 :D
added by XxKFforeverXx
Source: Whoever made it? 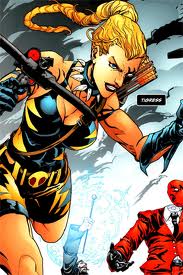