1
Custom Superstar: Mirth
posted by bluethunder25
This is the first of a Liste of custom superstars that I've come up with. Tell me what Du think of them.

if jeff comes back the WWE will be Mehr colourful literally, as jeffs awesome hair and face paint is what kept us all going. bring back matt if Du have to but we want jeff nero hardy back on raw to win the WWE championship from either rock oder cena after mania.

jeff is in a storyline with tna all about aces & eights but who cares about them when his role is to lose the championship belts he earns to bully ray.

bring jeff back!!!!
1
WWE's Big Racism problem
posted by goatfacewwe
This just in It seems that WWE has a HUGE Problem on their hands. What is it u Ask why It appears that WWE has a grudge with The color black. In case u haven't Heard throughout the entire history of the WWE there HAS NOT been a single black WWE champion, Don't believe me look it up under the WWE championship Titel history, U will notice that NOT one single name on there is Black and FYI the rock is Half Black so that DOES NOT count. It really bugs me that WWE always lets the KISS asses like John Cena and Triple H have Titel run after Titel run When there ARE far Mehr qualified people of the...
continue reading...
1
WWE HIGH backround check part 1
posted by 666demon
Phil Brooks: goes Von Punk, 16 years old, (Straight Edge obviously), has an abusive alcoholic father, his mom left them. His family is not rich Von any means; his dad just Lost his job thanks to his addictions. Comes off as a loner and has loads of Friends but he doesn't think he does. Paul, Brock and Curtis are his main three friends

Brock Lesner: One of Punk's true friends, who will break your legs if Du mess with Punk oder any of his friends. His family is in the middle and his parents don't care as long as he's not getting in trouble and keeping his grades up. Comes off as a jock at first but...
continue reading...
1
Power Ranking the oben, nach oben 50 Hottest Women in Wrestling Today part 3
posted by Heidihi2
Melina Perez- One of the most decorated Divas in WWE history, Melina has spent the last Jahr competing on the independent circuit, having a number of memorable matches with former TNA Knockout Velvet Sky.

The Garcia Twins- Du know them as Brie and Nikki, the Bella Twins, but earlier this year, the Garcia twins left World Wrestling Entertainment, in need of a break from the hellish travel demands.

Mickie James- A multiple time Women’s and Knockouts Champion, Mickie is one of the last remaining women from the pre-model days of women’s professional wrestling.

Angel Williams- The former Angelina...
continue reading...
1
My predictions for the money in the bank paper view and what I think is going to happen.
posted by Batmanknight25
Preshow match WWE tag team championship match Hunico and camacho vs R-truth and koi Kingston: First I'm going to say this is what the tag team titles have come to being defended on the pre Zeigen really really - the miz. I think this match will be quick probably about 10 Minuten long and I don't see the tag titles changing hands no matter how hurt r-truth is i saw r- truth and kofi kingston successfully defend the tag titles with hurt ribs t a live Zeigen i was atI see kofi kingston winning for them with trouble in paradise plus it would be moot for hunio and camacho to win the titles because it's...
continue reading...
2
Power Ranking the oben, nach oben 50 Hottest Women in Wrestling Today part 2
posted by Heidihi2
Taeler Hendrix- The first and only woman to compete in TNA’s Gut Check competition

Paige- known to Fans in the United Kingdom as Britani Knight, this 20-year-old second-generation competitor signed a WWE developmental contract in 2011.

Madison Rayne- The self-proclaimed “queen” of the TNA Knockouts division now ranks as one of the longest-tenured women in the company.

Aksana- The Lithuanian beauty debuted on WWE Fernsehen as a part of NXT: Season 3 and was featured in a major storyline that featured her marrying Goldust in order to stay in the United States.

Leva Bates- A self-proclaimed...
continue reading...
2
Power Ranking the oben, nach oben 50 Hottest Women in Wrestling Today part 1
posted by Heidihi2
Tamina- The daughter of WWE Hall of Famer Jimmy “Superfly” Snuka has made quite the name for herself early in her career

Sarita-One of the most talented women on any roster in the United States, Sarita has seen her Fernsehen time in TNA become non-existent as of late.

Christina Von Eerie-Today, she can be seen competing for the new Shine promotion, as well as the cult-favorite SHIMMER.

Portia Perez- This Canadian is a Favorit performer in the SHIMMER promotion.

Vickie Guerrero-One of the most hated performers in the...
continue reading...
1
Has CM Punk aligned with Paul Heyman?
posted by Heidihi2 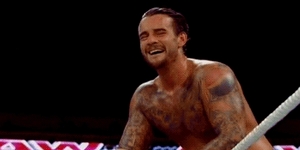 Cm Punk
Well, he did say he was a “Paul Heyman guy.”

That, right from the get-go, was what WWE Champion CM Punk described himself as. “That’s right, I’m a Paul Heyman guy,” right there in the middle of the “pipe bomb” monologue that changed his destiny as a Superstar and foreshadowed his run as WWE Champion. Punk identified with Heyman because the mad scientist “saw something” in The Sekunde City Saint that nobody else seemed to acknowledge. He went to bat for Punk when nobody else seemed to want to, and he helped Punk get his foot in the door of WWE, igniting the spark that eventually...
continue reading...
1
Why raw 1000 is a golden opportunity to turn John cena heel.
posted by Batmanknight25
Now I know that I've made some Kommentare on this site talking about my disdain for john cena but it's not personally it's professionally let's face it John cena's character is so stale it's been the same for the last 9 years yeah it's been that long since it's been updated so here's how I see him turning heel. Well first cena needs to lose Weiter weeks WWE championship match to cm punk otherwise this won't work what i could see happening is that after John cena loses the match for the crowd to cheer heavily for punk and I think that would really get under john's skin plus it would prove the point...
continue reading...
1
Power Ratings
posted by chloeluvzmiz

THOSE ARE MY PREDICTIONS! DISCUSS THEM POLITELY DOWN BELOW!
2
Jeff Hardy Turns Down New WWE Contract Offers; Leaving Soon?
posted by KalziEee
Source: Mike Johnson of PWInsider.com

Jeff Hardy, one of the oben, nach oben babyface acts in World Wrestling Entertainment, might be on his way out of the company in the coming months.

Hardy's contract Läuft ab this summer and WWE has been pushing hard to sign him to a new deal. So far, Jeff Hardy has turned down several lucrative offers from the company - including a new long-term deal and a 1-year contract extension.

Much of the Matt vs. Jeff storyline has been dictated Von Jeff's current contract negotiations. With Jeff likely on his way out of the company, WWE is booking Matt to come out of the feud looking strong.

Jeff Hardy is sagte to be interested in getting away from the hectic lifestyle of a pro wrestler and wants to spend some time living on his own terms. 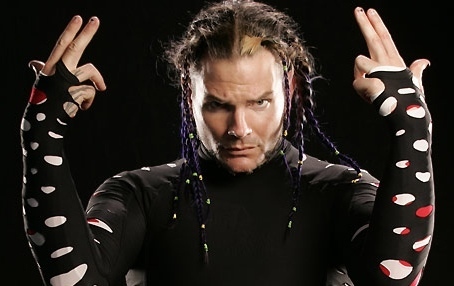 1
WWE Champion CM Punk vs. Daniel Bryan vs. Kane – Triple Threat Match
posted by Heidihi2
A deranged monster’s dark fury has added even Mehr fuel to one of WWE’s most explosive rivalries.

Executive Vice President of Talent Relations and General Manager of Raw and SmackDown John Laurinaitis dropped a bombshell on the June 1 episode of SmackDown: WWE Champion CM Punk will defend his Titel at No Way Out in a Triple Threat Match against both Daniel Bryan and Kane.

The impetus behind this shocking announcement can be traced directly back to the nefarious actions of Bryan, himself. In Kürzlich weeks, WWE’s “Yes” man attempted to use Kane as a pawn in his ongoing conflict with the...
continue reading...
1
Ron Simmons Inducted Into WWE Hall of Fame
posted by BeAsT-MoDeZ
Ron Simmons is a man of few words, but his actions as a pioneer speak volumes. 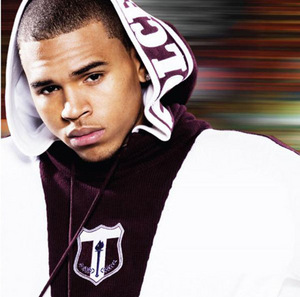 “I would like @chrisbrown fight somebody that can defend themselves,” Punk tweeted out to his Mehr than 650,000 followers on Monday before Raw SuperShow.

Brown shot back at the WWE Champion Monday in this since-deleted tweet. “@CMpunk needs Mehr followers. He’s such a leader! Not to mention the roids hes on has made it utterly...
continue reading...
2
2010 WWE Slammy Award Winners and My Opinion on who should have won
posted by LostPB
Shocker of the Year:
The debut of The Nexus
The Miz cashes in Money in the Bank, becomes WWE Champion
Paul Bearer turns on The Undertaker
Randy Orton punting Chris Jericho

My Pick: The Nexus Debut.Who can forget the Nexus invading Raw and destroying everything and everyone it its path.

My Pick:CM Punk sings "Happy Birthday" to Rey Mysterio's daughter.How creepy was that.


Guest star, sterne Shining Moment of the Year
Pee-wee Herman vs....
continue reading...
1
10 Great Streaks That Came to an End
posted by LostPB
The Undertaker’s WrestleMania Streak stands firm at 19-0. It is a feat unlike any other and has come to define The Deadman in regards to The Zeigen of Shows. At WrestleMania XXVIII, The Undertaker will once again battle Triple H, this time inside of Hell in a Cell. After Triple H nearly defeated The Phenom last year, could this potentially be the Tag The Undertaker’s streak comes to an end?

With The Deadman's Tag of judgment in mind, WWE.com looks back at 10 memorable streaks that defined Superstars and sports-entertainment, but that each eventually met an end.

Foley, who was serving as the color commentator on Smackdown, was written out of the Zeigen several weeks Vor when put through a tabelle Von Edge. While Foley was expected to return and gain some form of revenge on Edge, dissatisfaction with his role in the company led him to stay away.

The former multi-time WWE champion had reportedly grown...
continue reading...
2
WWE.com: Did Du Know? Part 1
posted by LostPB
Bobby “The Brain” Heenan was so confident that Andre the Giant would defeat Hulk Hogan for the WWE Titel at WrestleMania III, he dished out $37,000 for a custom-made giant-sized title.


Santino Marella holds the record for least amount of time in the Royal Rumble at 1.9 seconds. The Warlord previously held the record at 2 seconds.


At WrestleMania XV, WWE Hall of Famer “Stone Cold” Steve Austin defeated The Rock to capture the WWE Championship for the third time.