2
[Engsub] We Got Married ShiYang & SoYeon Ep 1
added by demmah
video
1
Krystal and Leeteuk to get married?
posted by Bubblepop00 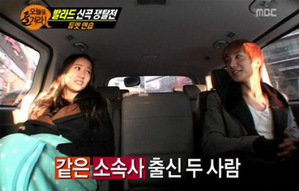 Super Junior’s Leeteuk revealed that he had once received F(X) Krystal’s consent for her hand in marriage.

On the 30th, both Leeteuk and Krystal appeared on the MBC Zeigen ‘Enjoy Today’. On this episode, viewers were able to see the first meeting of the two members for their Musik project on the ‘Enjoy Ballad’ corner.

While heading to their rehearsal, Leeteuk asked Krystal, “Why did Du choose me as your duet partner? Is it because Du wanted to win, oder because Du promised to get married to me a long time ago?”

Leeteuk then reminisced back the Tag they first met and continued, “Didn’t...
continue reading... 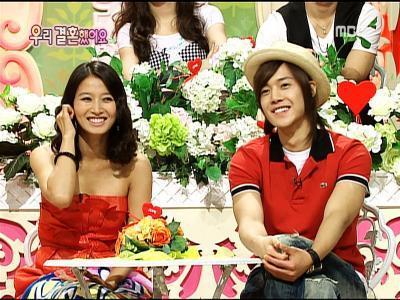 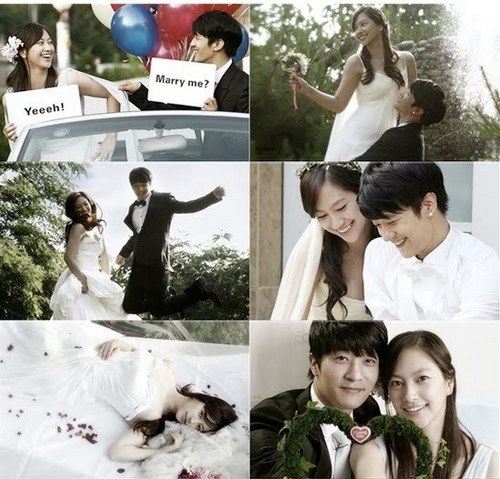 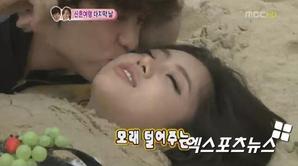 On the latest episode of ‘We got Married‘ that aired on the 23rd, the Lee Jang Woo and Ham Eun Jung couple spent the last Tag of their honeymoon in Malaysia.

The two were enjoying themselves on the strand when suddenly Lee Jang Woo offered to give Ham Eun Jung a sand bath, and started burying her beneath the sand.

Once she was buried deep, he very casually laid Weiter to her, Von which his on-air wife was a bit taken aback.

He stared at her for a good long while then acted like he was going to dust off the sand on her face when all of a sudden, he planted a kiss, right on her cheek. Embarrassed,...
continue reading...
1
f(x)’s Krystal wants Kim Jae Wook on We Got Married
posted by Bubblepop00 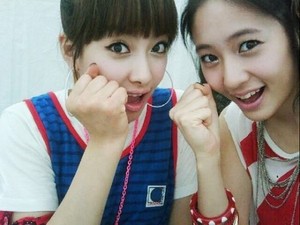 f(x)’s Krystal who is currently Schauspielen in MBC daily sitcom, Mehr Charming Von The Tag has expressed that she is a big Fan of hot actor, Kim Jae Wook and would Liebe to get “married” with him through We Got Married.

During a break in filming, Krystal gave an interview and expressed that she was envious of her leader, Victoria’s “marriage” with 2PM’s Nichkhun. She said,

“Victoria unnie actually sagte beforehand that her partner couldn’t be Nichkhun after we had suggested it. She sagte that they were both foreigners, wouldn’t it be difficult to film if they became a couple on the...
continue reading... 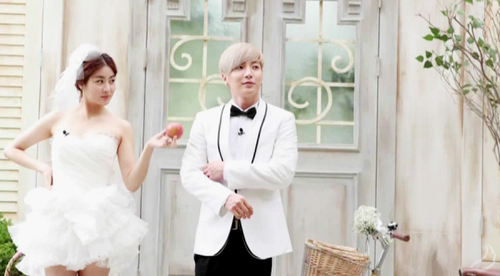 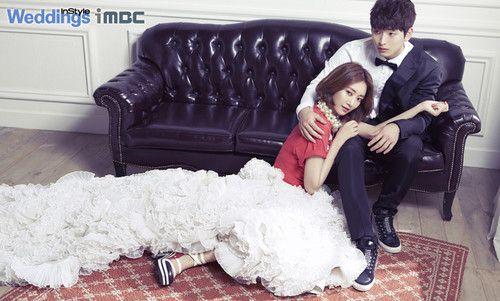 In a Kürzlich recording of MBC’s “We Got Married“, Lee Jang Woo reportedly expressed his anger for the very first time towards his new wife, T-ara’s Eunjung.

The two took off on their first trip together to Youngduk, Kyungbook, and on the way, Eunjung brought up her “King Geunchogo” co-star, Supernova’s Geonil.

Oblivious to Lee Jang Woo’s feelings of jealous and discomfort, she went on to reveal that she’s been close Friends with him ever since their pre-debut days, and that they even attend the same college together. Upon seeing an affectionate picture the two took together on the drama set, Lee Jang Woo began expressing his annoyance towards her throughout the trip.

Check out what happens on April 23rd!
[Spoiler: We Got Married] Students shout for Park So Hyun & Kim Won Joon to marry for real
posted by Bubblepop00 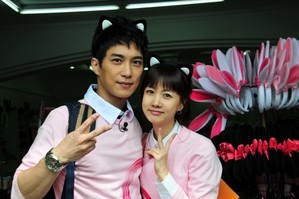 On this week’s episode of MBC’s “We Got Married“, Kim Won Joon and Park So Hyun will be visiting an amusement park to enjoy a sweet datum together.

Reminiscing back to their 20s, the two were overly excited over the outing and even received the support of nearby students who managed to spot them. Some of the Mehr braver students shouted, “Please get married for real!”

Any other “We Got Married” couple would have blushed and turned away, but not this couple! The two acted Mehr affectionately than the younger couples on the scene and enjoyed their datum to its full extent.

In his individual interview, Kim Won Joon shook the hearts of staff Von romantically stating, “My marriage to Park So Hyun was a revelation of God.” 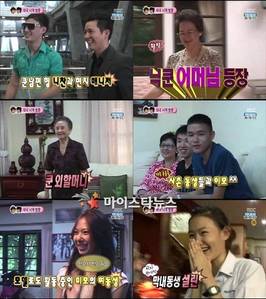 f(x)’s Victoria was finally able to visit the family of her virtual husband, 2PM’s Nichkhun, during the couple’s visit to Thailand on this week’s episode of MBC’s “We Got Married.”

Upon their arrival at the airport, their international Fans greeted them wildly and even earned the opportunity to see Nichkhun personally feed pad thai to Victoria in the car.

While on the way to meet his family, Victoria attempted to calm her nerves Von leaning against his shoulders. Nichkhun tried to come up with a variety of different hidden signals for her to give should she feel uncomfortable. 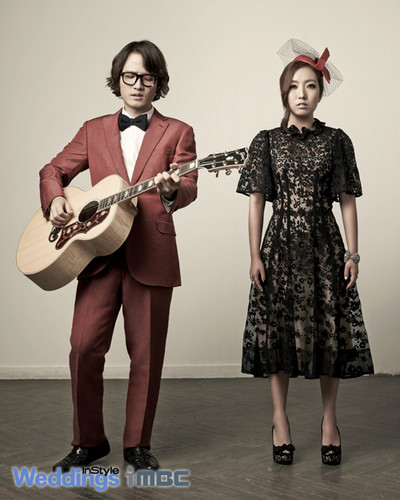 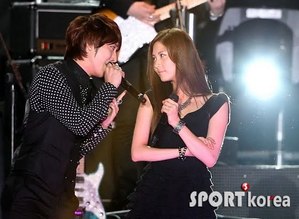 It’s one of the hardest meetings a girl will have to make, but SNSD’s Seohyun took a deep breath and tried to deliver a first impression that would do her husband proud.

For MBC’s “We Got Married“, Seohyun and her ‘husband’ (CNBLUE’s Jung Yonghwa) travelled to Busan recently to meet his family. In an effort to make a positive first impression, Seohyun tried her best to learn the provincial dialect and certain gestures indigenous to Busan, in addition to Wird angezeigt a bigger appetite than normal.

The couple was greeted Von Yonghwa’s mother upon their arrival, and visited a sushi restaurant for a meal.

Their meeting, and whether Seohyun received a passing score as a ‘daughter-in-law’ can be found on the episode scheduled for December 8th. 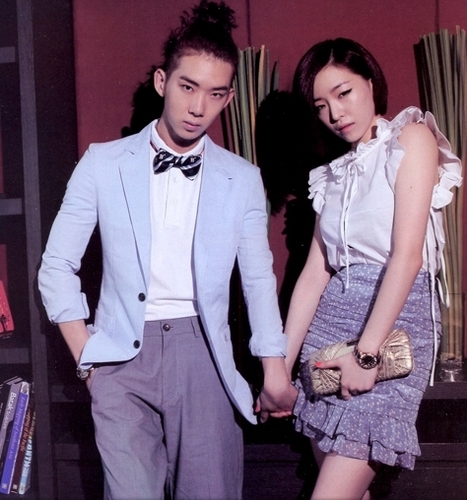 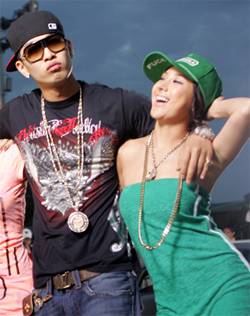 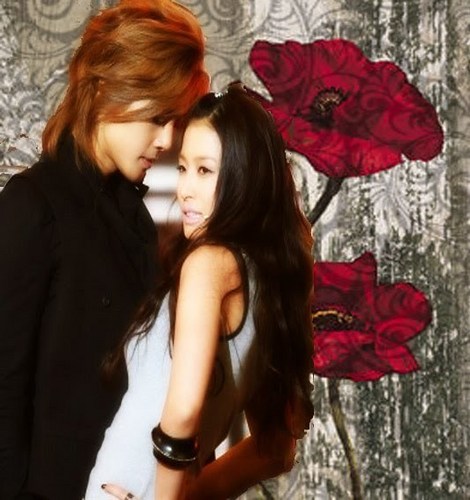 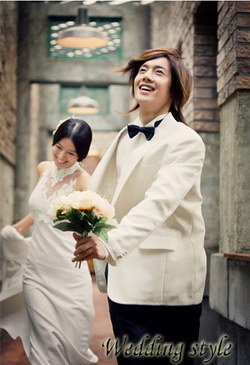 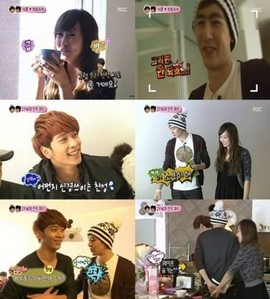 On a Kürzlich episode of MBC’s “We got Married“, the various 2PM members were invited to Nichkhun and Victoria’s Liebe nest.

When Nichkhun told Victoria that he was inviting the members over, she asked happily, “Is our Chansung coming?” It’s well known that Victoria favors Chansung as she revealed on their first meeting that she was a Fan of Chansung. Nichkhun, on the first episode jokingly stated, “Then Chansung can’t come on We Got Married. He probably won’t ever come on,” Wird angezeigt his playful jealousy. 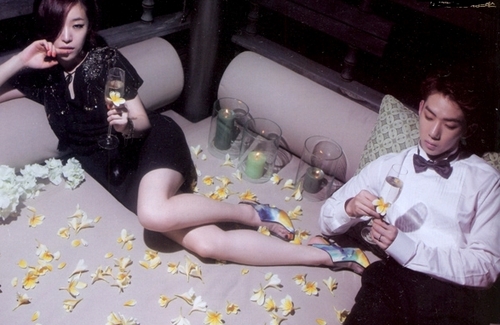 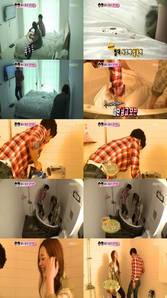 On April 30th, athlete Lee Yong Dae and f(x)’s Sulli made a visit to Nichkhun and Victoria’s newlywed Home on MBC’s “We Got Married“.

On this episode, Lee Yong Dae and Sulli accidentally spilled red ginseng on Nichkhun and Victoria’s bett while the couple were out shopping. When they realized that the blanket was stained, the two guests became flustered and acted quickly to remove the cover and wash it off in the bathroom.

The two placed the cover in the bath and poured in detergent. Despite the situation, viewers expressed their amazement over how the two were able to turn a simple task into a beautiful scene that looked straight out of a CF.

Thanks to the chore, Lee Yong Dae and Sulli became closer Von sharing funny jokes with one another as they completed the task.
More Cards
1234567891011