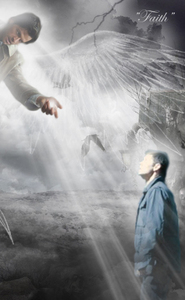 Castiel & Dean
When Dean awakens and climbs out of his coffin, he does not know who rescued him from Hell. Castiel tries to 'speak' to Dean after his resurrection, but all Dean hears is a piercing sound. When Pamela Barnes conducts a seance to reveal the being who saved Dean, she reveals that it's name is Castiel. Pamela orders him to appear and attempts to catch a glimpse of him. Castiel warns her off, but she persists and is blinded when she encounters him psychically. Again, while Dean is alone in his hotel room in Pontiac, Castiel tries to speak to Dean, but his 'voice' shatters all the glass in the room and makes Dean's ears bleed.

Assuming that what resurrected him is evil, Dean is intent on summoning Castiel and destroying him. Dean and Bobby prepare an empty warehouse with protective sigils and symbols, and Bobby performs a summoning ritual. The ritual does not produce immediate results, but Dean and Bobby wait to see if something will manifest. When Castiel appears, Bobby and Dean shoot him with rock salt, but this has no effect. Dean stabs Castiel with Ruby's Knife, also to no avail. Castiel touches Bobby on the forehead, causing him to pass out.

Dean Fragen Castiel, demanding to know what he is. Castiel reveals that he is "an Angel – Jäger der Finsternis of the Lord" and that he is occupying a vessel. Castiel tells Dean he is inside the body of a pious man who "prayed for this". Castiel explains that he saved Dean from Hell on God's command. He tells Dean that God "has work for him."

Soon after Castiel appears to Dean in a dream set in Bobby's kitchen, and confirms that the spirits who attacked them in "Are Du There God? It's Me Dean Winchester" were Witnesses. He tells Dean that Lilith summoned them, and that in so doing she broke one of The 66 Seals. He explains that the Engel are fighting to keep the other seals in tact, because when the last one is broken, Lucifer will be freed.

After Lucifer was set free it became Castiel's mission to stand Von Dean & Sam to fight the Apocalypse to keep the world the way it was suppose to be. During the Apocalypse we start to see what staying on earth did to Castiel he started to become Mehr human losing most of his angelic powers. Castiel began to realize he had certain likings he never had before Liquor & Food. Engel on Supernatural aren't required to eat oder drink to live on earth the only thing that can kill them is one of there own.

Watching Castiel go from very stern not caring about people just what his mission was to stop Lucifer from rising from hell to an Angel – Jäger der Finsternis with feelings and wanting to keep the world the way it is & learning what free will really meant was amazing to me.

In Mythology it states that Castiel is the Angel – Jäger der Finsternis of Thursday. Many say he was chosen for the Zeigen because it aired on Thursday's at that time I have to disagree. With further research I found out that Dean was resurrected on Thursday, September 18, 2008 according to Mythology Casitel only helps people who were either born on a Thursday, oder asked for help on Thursday. I believe Castiel was Dean's Angel – Jäger der Finsternis in Waiting. 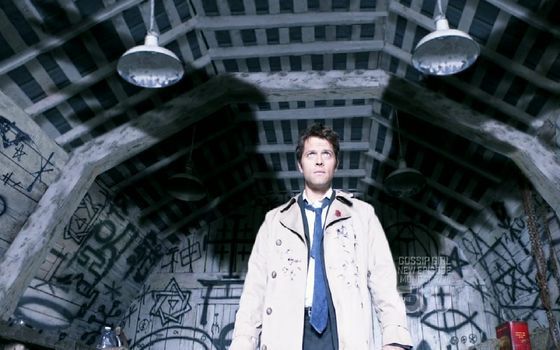 Castiel showing Dean who he really is 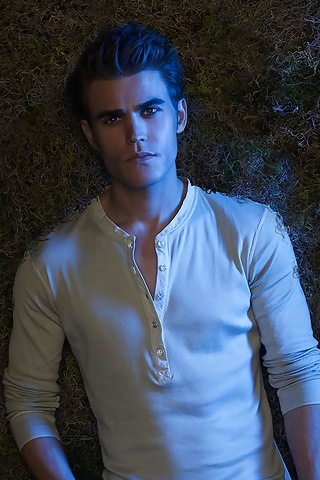 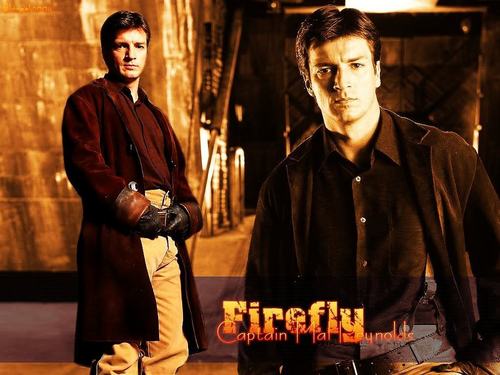 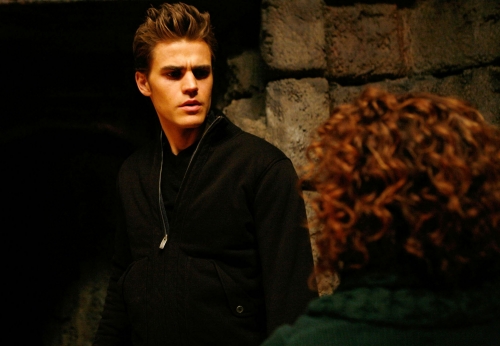 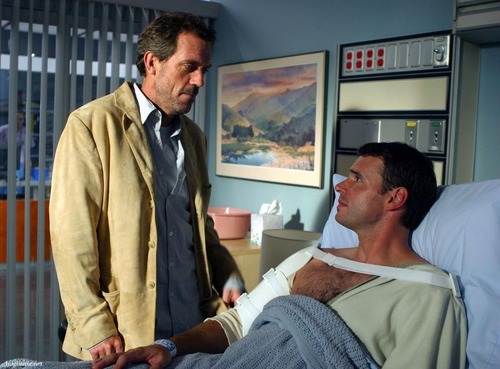 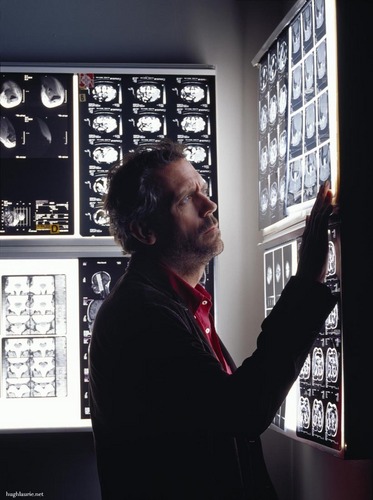 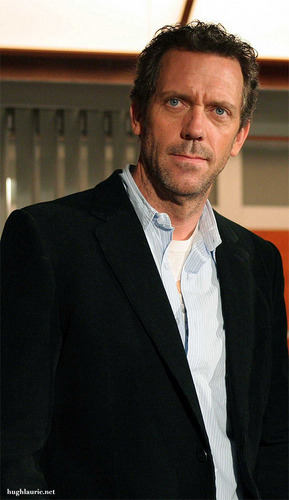 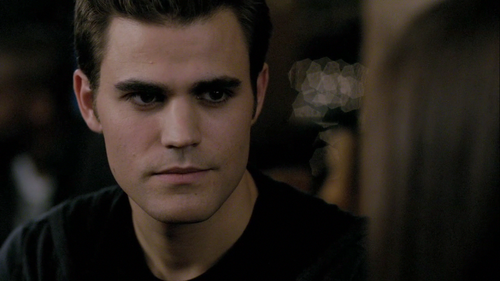 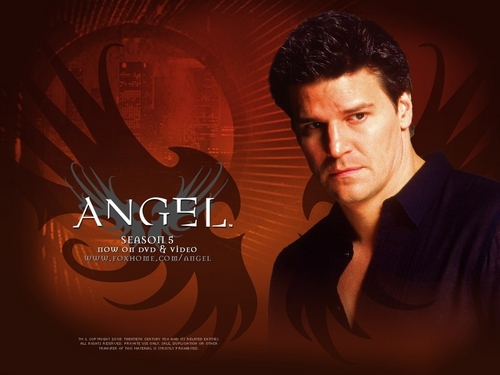 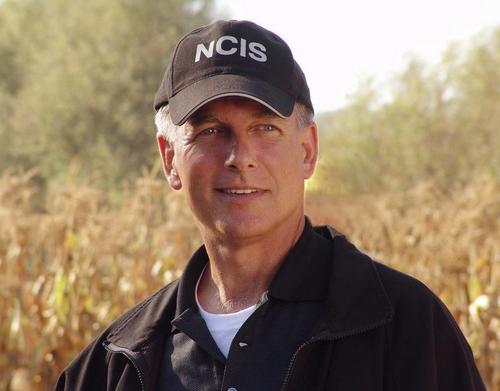 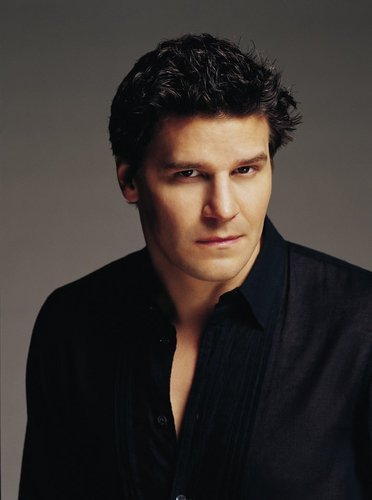 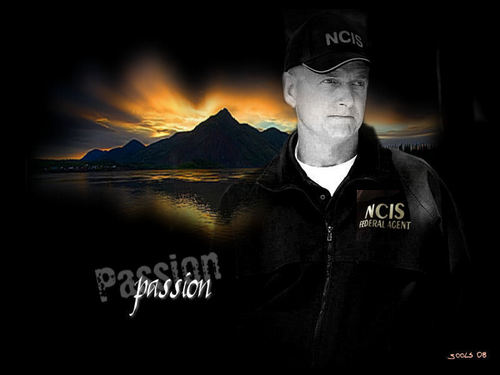 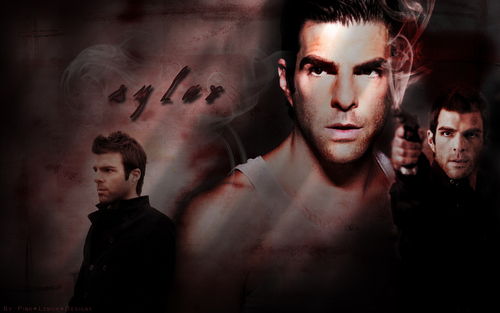 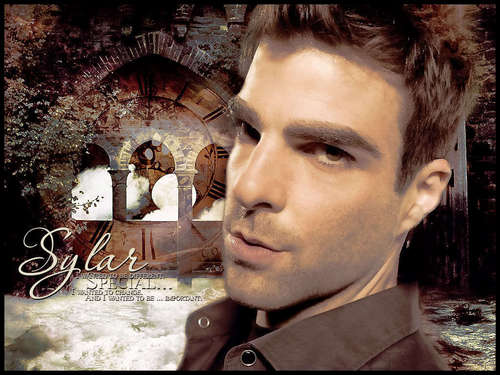 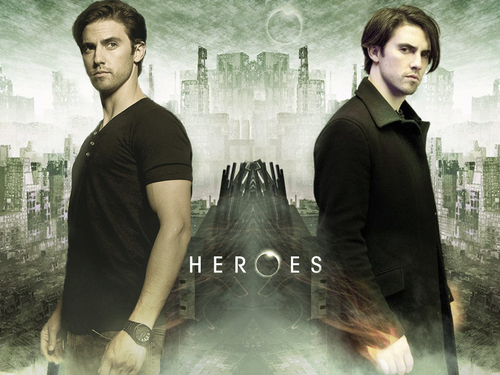 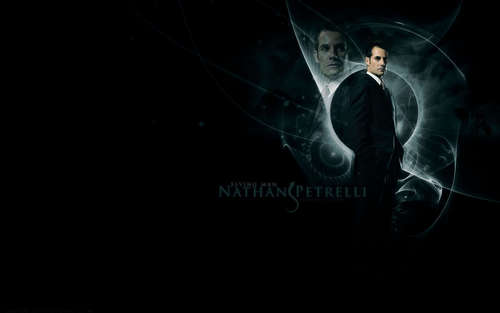 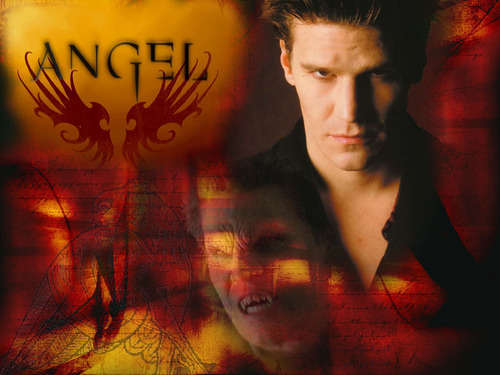