Bethor looked upon the great Cybertronian city of Iacon. Bethor was a large Cybertronian with demonic, bat like wings, clawed feet, green eyes, and a very demonic smile.

"Soon...very soon...I shall rule this world and all others..." Bethor thought to himself as he grabbed a small vase and smashed it in his hands.

"Excuse me, Lord Bethor" A voiced asked in the distance.

"You may enter, Ophiel" Bethor responded in a quiet tone.

"Lord Bethor, the Council of Primes has announced a startling finding" Ophiel told Bethor. Ophiel was a large tank and alligator-like Transformer.

"And what...
continue reading...
Guide for Transformers Kai, a prequel
posted by BlondLionEzel
Autobots:

Hybrid's vehicle mode
Hybrid is your average Decepticon. She's stealthy, cruel, powerful and smart. She likes to play with her prey before she brings it down. Her body is super slender and flexible, allowing her to move, bend and flip anyway she wants. She's mostly loyal to Megatron, but she sometimes strays from the pack. Her ways of dealing with enemies and intruders are cruel. Killing Autobots is her main objective. She's everything a Decepticon needs- power, cruelty, stubbornness, intelligence, cunning, perceiving and deceiving, and no weakness. Her weapons are shotguns and machine guns. She stuns her enemies,...
continue reading...
1
TF Saga Wars guide
posted by BlondLionEzel
Autobots:

Nick: *sees the Pirate ship above us*

Nick: So that is their ship huh?

Nick: *turns around* Who are you?

???: My name is Frostbite, 3rd in Command of the Tidal Wave crew.

Hot Spot: Ow...are there any wounded?

Warpath: Not yet, good buddy.

Springer: *Transforms and blasts the ship*

Warpath: *Blasts Reptilion with cannon* I am on a roll!!

Reptilion: *falls to the ground*

Striker: *Turns into a cannon* Eat this! *blasts at Springer*

Warpath: *blasts at the blast and negates it*

Thundertron: *goes to ship and flies away*

Bethor looked upon the great Cybertronian city of Iacon. Bethor was a large Cybertronian with demonic, bat like wings, clawed feet, green eyes, and a very demonic smile.

"Soon...very soon...I shall rule this world and all others..." Bethor thought to himself as he grabbed a small vase and smashed it in his hands.

"Excuse me, Lord Bethor" A voiced asked in the distance.

"You may enter, Ophiel" Bethor responded in a quiet tone.

"Lord Bethor, the Council of Primes has announced a startling finding" Ophiel told Bethor. Ophiel was a large tank and alligator-like Transformer.

"And what is...
continue reading...
3
Transformers: Age of Extinction - Mehr Story and Character Details
posted by 3xZ
- There is a robot who speaks Mandarin all the time. He's Cybertronian in origin.

- Cade Yeager (Mark Wahlberg) is very protective of Tessa Yeager (Nicola Peltz) because of the loss of his wife.

- Shane (Jack Reynor) is an Irish race car driver and is Tessa’s boyfriend despite the "No Dating" rule Von Cade.

- Shane saves both Cade and Tessa's lives very early in the movie and gains the trust of the Yeagers.

- Cade Yeager and Optimus Prime become best friends. They both live with their own code of ethics.

- Li Bingbing's character is an owner of a very special "Factory" in China.

- A conference is attacked and the officials call for help from a special group of individuals. 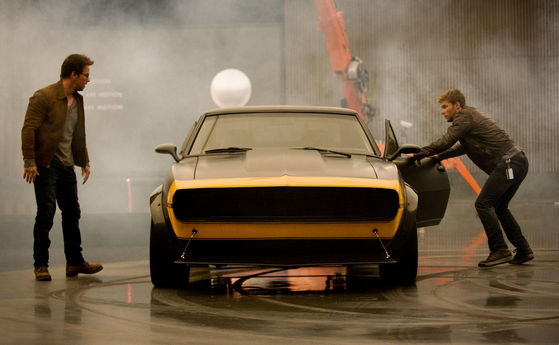 “Megatron, an Autobot shuttle has appeared on our radar, but it has crashed and all life signatures have ceased,” Starscream told me.

“Good,” I replied, “Did Du retrieve anything that might be of value to our side?”

“No, Du entrusted Sledge’s scouts with that job.”

“Of course. Sledge, what did they find?”

“Nothing yet, Lord Megaton,” Sledge answered, “but I’ll check in with them.”

WHAT!” I then pinned Starscream against a wall. “Why Du are back here when the scouts are still scavenging the wreckage?”

This was last updated on 28 August 2007, and is intended as an introduction to "Transformers" as a whole.

Transformers are, ultimately, a line of children's toys that was started in 1984 Von the massive US toy manufacturer Hasbro (though calling Hasbro a toy company is like calling Microsoft a spreadsheet software company). But the reason for the toy line's longevity is due to Hasbro's brilliant marketing of the brand.

It was ten years after the death of Megatron, leader of the Decepticons. The Autobots used the Omega Lock to restore Cybertron, and the Autobots began to grow in numbers.

"Woo hoo!" Smokescreen, an Autobot Warrior shouted in excitement. Smokescreen is a very optimistic Autobot with a lot of energy.

"Uhhhhh teacher what are Du doing?" Sideswipe, an Autobot Rookie asked his mentor. Sideswipe had just entered the Autobots three days ago. He was put under mentor ship of Smokescreen.

"I am having fun! Doesn't...
continue reading...
3
Icebolt
posted by Fairstepshaven 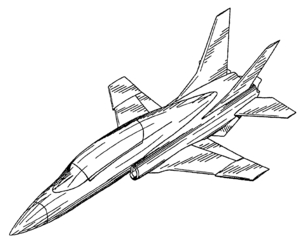 Icebolt is part of a group of aerial Autobots. He is known as the scout of the group, being the smallest and swiftest. He can be naive at times, but he has good intentions. He loves sneaking around, watching, waiting. Each Aerial bot has wings on their backs, from their jet mode. Icebolt's is the smallest jet form. He can fly up to mach 3, which is really fast. His weapons include small shotguns and long distance laser rifles. He also can become invisible- completely invisible. He can create a high frequency sound that damages Decepticons hearing and aim, and messes with radars and scanners....
continue reading...
3
Quickrunner
posted by Fairstepshaven 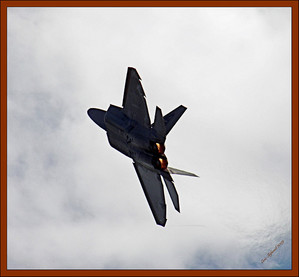 Quickrunner's vehicle mode
Quickrunner isnt just fast... he's furious, too. He's a hot-headed warrior with an ambition to kill Megatron. When he gets into fights with Decepticons, he's either carrying away it's spark to crush, oder it's guns. Surprisingly, he has big weapons, including shotguns and laser cannons. His vehicle mode is a sleek jet black F-22 raptor with missiles under each wing. He's big but not that heavy. Being able to evade attacks, he usually never gets hurt. Although he's stubborn and pigheaded, he doesn't speak much unless he's taunting a Decepticon. He's not the most reliable Autobot, but he has good...
continue reading...
Transformers Legacy Episode 1 Chapter 1
posted by Lancewing1994
Arrival
Chapter 1

Life as the lone wolf... a lonely life especially in space. I am an Autobot Brainmaster, one of the most advanced Cybertronians modified Von the Nebulons, a pleasant race to at least talk with. Four others were modified with me; star, sterne Saber, Blacker, Braver, and Laster. It was fun, but my spark later grew apart from them. Soon, I decided to be relieved from star, sterne Saber's team and went solo. I wouldn't say that I was completely alone; I had a pet wolf named Anthri. I have never seen him transform into anything, but not all Transformers need an alternate...
continue reading...
More Cards
12345678910111213