1
AleHeather-With You-Chapter Three
posted by RandomFanGirl
I ended up going Home later that day, but it was anything but pleasant. My mom was waiting for me as soon as I got home. She wasn't happy and it showed. I could tell she knew that something was up. As soon as I closed the door, she came out of the living room and into the front hall. She was infuriated; I knew it. She looked it.


"I got a call today," She said, her arms crossed over her chest.


I was confused, but that didn't stop me from asking, "Okay. Who was it from? What did they want? And, why are Du telling me?”


"They called from the hospital to tell Du that Du forgot to pick up your prescription slip for your prenatal vitamins. I know that you're pregnant."


My mouth fell agape. I didn't know what to say oder do.


"How long have Du known?" She didn't calm down even a notch, so I was sure that this wasn't going to go well.


"Since yesterday," I muttered.


"Why were Du so stupid? Du should have known better than to go and get pregnant! Do Du even know who the father is?"


Did my mother think I was a whore? Did she think I had sex with everyone who I could get into their pants? I could never understand why she thought so lowly of me.


“You have a boyfriend?” Mom asked, raising an eyebrow. I could tell that she didn’t believe I was saying, even if Alejandro had been over several times and met both of my parents.


She opened her mouth to speak again, “What’s his name?”


I knew she didn’t believe me for sure now; her tone of voice sagte it all.


“You just made that up! Du probably don’t have a clue who the father is!”


“Mom, this is ridiculous.”


“I don’t care if Du think it’s ridiculous oder not, I don’t want Du in this house.”


“No ‘buts,’ Heather, I expect Du to be out of this house in an hour. If you’re not, I’m calling the authorities.”


“You can’t be serious! I’m only eighteen. Where am I supposed to go?”


“You should have thought about that before Du went and had sex.”


One thing I knew my mom didn’t understand was that the baby was made out of love, not just to have sex. And maybe if she had understood that, she would have understood my point of view; she didn’t of course and that’s why I was being kicked out.


I walked up the stairs to my room and packed the things that I knew I would need. I had no idea where I was going to go, though. I wasn’t sure if Alejandro’s family would take me in—it wasn’t that they didn’t like me, but I was just worried that his parents would be angry like my mother had been.


I decided to call Sierra to see if I could crash at her place for a few days. I figured that she wouldn’t mind as long as I didn’t get in the way of her being able to have her time with Cody (Yes, it was official. Cody had eventually decided to give Sierra a chance. She knew everything about him, anyway, even Mehr than he did.) and of course I wouldn’t when I was already in a committed relationship and Cody wasn’t even my type.


She sagte it was okay, so I finished packing. Von the time the Stunde was up, I could hear my mom screaming downstairs, “GET OUT NOW oder I’M CALLING THE COPS!”


I sighed, pulled my kofferraum, stamm to its side, put my geldbörse on my shoulder, and left the room, attempting to pull it down the stairs. After I struggled trying to get it to not fall onto me—it was really heavy—I just decided to push it down. Sure, it could have caused damage to something, anything, but Mom just wanted me out of there, didn’t she? Did it matter what happened as long as I was gone?


My mom shot me a death glare as I exited from one of the front doors.


I walked to my car that was parked in the driveway. I unlocked the backseat and tried to put the kofferraum, stamm in. I was trying not to lift much of it so I didn’t hurt the baby. I was glad once it was in; I threw my geldbörse in there along with it. When I was done putting my luggage in the car, I went to the driver’s side and started the ignition. I was really surprised that it started. I had figured that my mom would have had someone do something to it so that I wouldn’t be able to drive it.


I drove over to Sierra’s house—it was about a twenty Minute drive—and parked outside Von the sidewalk. I pulled the kofferraum, stamm out of the backseat. I also placed my geldbörse back onto my shoulder.


I walked to the porch, but then came the problem of the stairs again. I was really regretting taking the kofferraum, stamm instead of something easier to lug around. I eventually was able to pull it up, but I was still worried about all of this lifting and work that I was doing. I walked up to the door, ringing the doorbell soon after.


I was glad that Sierra came to the door instead of her mom. Let’s just say that Sierra’s mom was a little cracked; she has a bigger obsession with Chris than Sierra had with Cody.


Sierra led walked with me to the guest room. I was glad that the house only had one story because I wouldn’t have to drag the stupid kofferraum, stamm up and down anymore stairs. I threw the things I was carrying down on the wooden floor, crashing onto the bett exhausted. I looked around, expecting something Chris-related, oder Cody-related in the least, to pop out oder be hung somewhere oder something; I sighed a sigh of relief when I knew there wasn’t.


Sierra sat down at the edge of the bed, “Why did your mom kick Du out anyway?”


I sat up with a sigh and started to tell my story.
laylay0014 likes this
1
Total Drama Awsomeness! Eposde 21! "New orlands' necklas"
posted by BridgexJordan
*confessional*

Ray: (still scratching) Alejandro doesn't have invincibility for once! I just hope that everyone Stimmen for him like me; he deserves to be kicked off, little Hispanic rat!

Draven: I just Alejandro. and i was thinking of doing an alience with him. so i will vote off Ray.

Alejandro: hummmmmmmmm..... i will vote off Ray!

Chris: Ok I got necklases here only 8 oder them. invencabilty people are...... Rayven and Draven!
Rayven:...
continue reading...
4
ME and My TDI Besties!!(highschool)[ep 1 prt2]
posted by bubblegum05
Cell phone rings

The Text Bridgette Got:
Hey bridg!Wheere are you?you sagte Du were meeting me at lunch!What happend?


I'm sitting there alone,when suddleny i realize Cody isn't there either.
I should text him too,AHHHH!oh it's just my phone.

The text I Got:
Sorry!Geoff asked me if i wanted to go out to lunch with him!You know i have a HUGE crush on him!
Oh ya text me back when i get back. 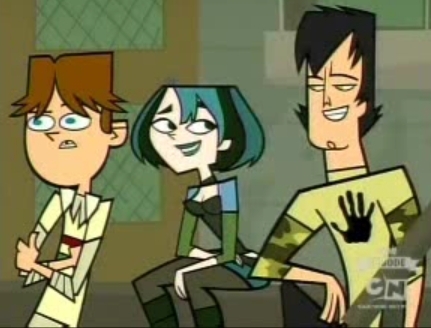 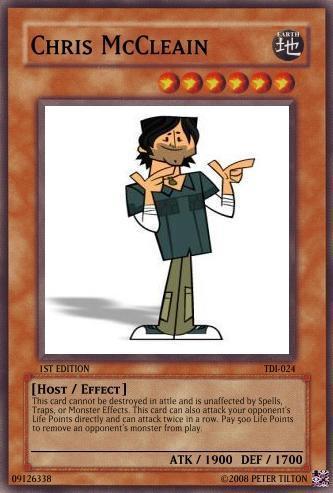 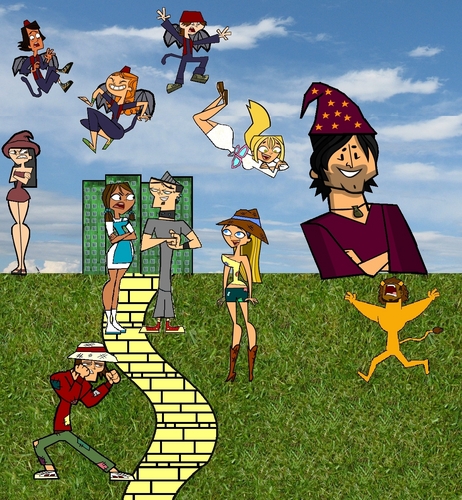 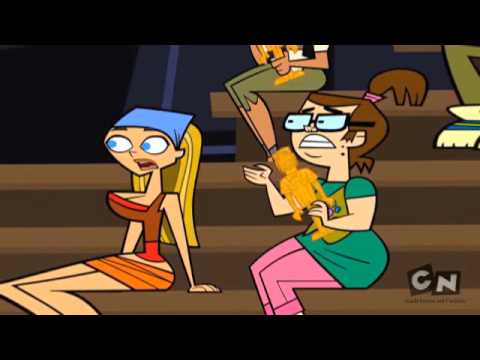 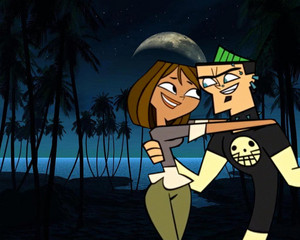 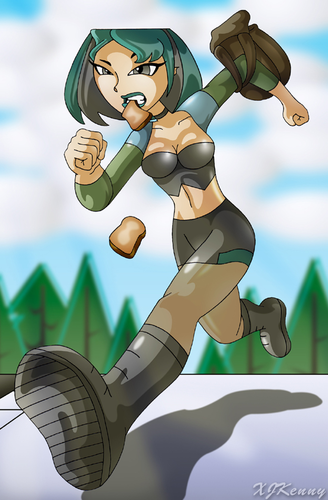 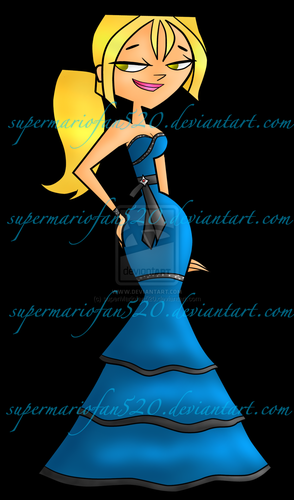 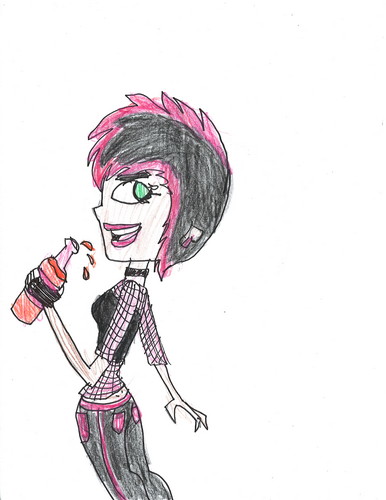 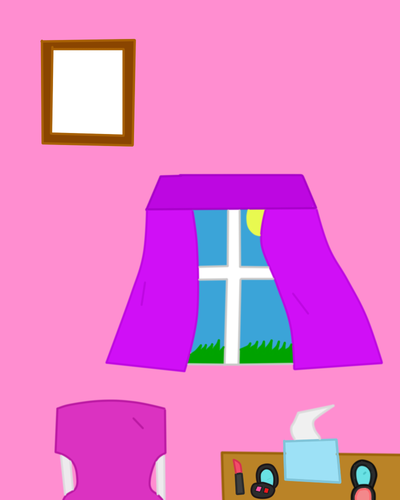 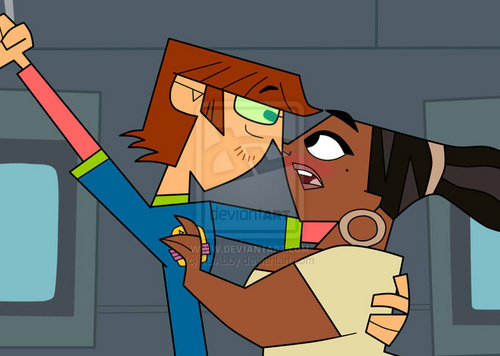 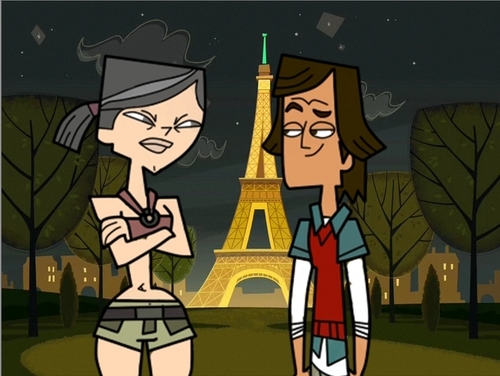 1
Need a couple in Paris?
added by CamilleTDFan
Source: Me 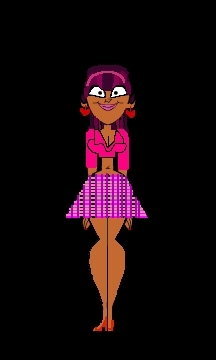 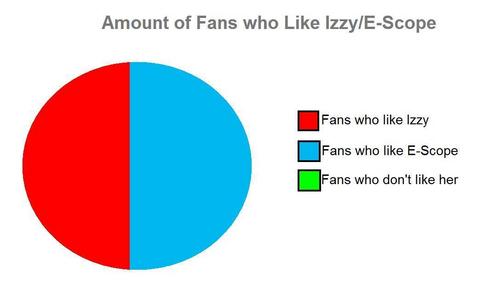 Izzy Pie Chart
added by TDI_Angel
Source: Me, Myself, and Potatoes! XD 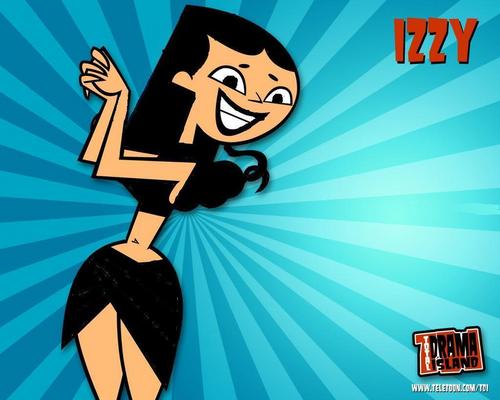