4
Don't Du Know Nos Iam Mortui 9; True Passing
posted by zanhar1
The autumn air was crisp and cool. Somewhere across the way someone was harvesting a crop of some sort. It bought a certain sense of Nirvana to Iciel. She watched as Linda assembled herself a pile of leaves and then Simon, (with a running start) leaped into them. And with a frustrated sigh she would attempt to pile up the leaves again, complaining about how Jyne should be doing this because she is the eldest.

But Jyne was sitting with Iciel at this point, and the girl had no intention of doing yard work--even if Francis and Vernilla asked of it. Frankly Jyne found it much nicer to enjoy the brisk autumn eve Von laying down in the grass.

It was on that night that Francis called them inside to tell them that Vanessa had passed. Her illness finally claimed her. Just two days short of Iciel's birthday.

Perhaps it was for the best.

At the very oben, nach oben of the morning a sizable mob formed at their doorstep, every single member of the party slinging some accusation. "Witch." "Demon." "Devil." "She was brewing potions to heal that girl." "She's probably brewing them right now to resurrect her!"

Vernilla was pretty quick to slam the door...or at least make an attempt to do so--to her dismay there was already a hand wedged between the door and the door frame...and about a dozen Mehr hands prying it back open.

One man made a grab for Simon. Iciel without any hesitation slapped his hand away--a stinging blow resulting in man hissing "they are the devil's children. We should burn them too."

There were multiple nods in agreement. "That one was always strange. I mean...look at her hair." A woman agreed. "She's probably worse than her mother." Another added.

Iciel edged closer to the crowd and dangerously slow. A hand fell on her shoulder, firmly pulling her back. "Don't." A simple command. "Not yet."

Iciel looked back at Jyne set to protest but a voice had cut that short. "Tomorrow. Tomorrow we burn the witch."

"And ye best stay out of it." Bellowed another to Francis. "Or we'll hang ye too."

"And the children." Added a man with a tall accent.

"We'll burn that one anyways." Someone called, nudging a finger in Iciel's direction. She recognized him as the man whom had went at Simon.

"For what would Du want to murder my daughter?" Francis snarled.

Francis stared him dead in the eyes. "She's not a witch. It was an illness that resulted in..."

"What kind of illness can bleach a person's hair to that extent." Questioned a woman.

"Burn the woman and hang her husband."

"We're not witches." Jyne spoke. "And even if we, Von some chance, are. We aren't bad people, all we've ever done was help you." She paused. "Back when the Wickerman's place caught fire...we were the ones who helped put it out..."

"Using witchcraft." Someone cut in.

Jyne fell silent, clearly Du can't reason with people who are being unreasonable. But never the less the crowed dispersed.

Simone and Iciel were at the edge of the creek when it happened. The sun was just casting rays through the trees at the time.

Footsteps and muffled shouts grew into loud victory whoops and her mother's desperate cries for help and mercy.

She would have neither.

Simone made an effort to stand up, only to be knocked to the ground Von Iciel who bitterly whispered a command that he stay hidden behind the bushes if he didn't want to be burned alive.

And from their spot behind the bushes, they watched a group of burly men lead their parents up a hill.
To the old lynching grounds. And at that moment Iceil decided to Frage her parents' motives for buying a house with an execution ground in the backyard. And why she didn't Frage it before.

She heard her father try to protest the burning of his wife. They tied the woman to the stake nonetheless, tight, restricting, unforgiving.
The exact opposite of mercy.

And then the flames washed over her. It was slow and agonizing. The started at her feet, charring the flesh--melting it off. The woman let out tortured screeches and wails.

All the while Francis bought it upon himself to try to reach her. The man was restrained Von a group of five and positioned to watch the flames crawl up his wives body--first taking her cloths and then Mehr of her skin. Iceil swiftly covered her brother's eyes. The child didn't need this kind of trauma so early on...maybe later...but only when Iceil could be the one to cause it.

Iceil hadn't seen this much bloodshed in her 18 years of life. The feuer reached her mother's face evaporating any tears. Her skin seemed to peel and flake off--leaving whatever was left to blacken. The remains would surely be grim as the woman's body no longer had any lips nor a full head of hair. And her eyes had pretty much melted away. It was at that when Iceil had to avert her eyes. A sickly feeling bubbling up.

When the girl had the guts to look back she came to the sight of her father's body swinging like a pendulum from a tree. The momentum of his drop still strong. The mob quickly advanced to the house. Iceil and Simon not far behind. The men stopped that the edge of the forest and drew out their matches. Each and everyone of them lit them up and chucked them at the manor in it's most flammable areas. Jyne and Linda wouldn't even make it to the door before the place met the ground below.

Simon had a different idea. The boy took off running to the house crying for his sisters.

"Damn it! Simon, get back here." Iceil hissed. But the kid already had his running start. And so she darted after him. She had come to his aid all to late; the same man who had tried to grab him yesterday hand flung his match right into the child's hair with a cruel laugh.

Simon screamed and tried swatting the feuer out. He made a run for the forest...for the creek. Iceil prayed that he'd make it.

Knowing she was to late to help the boy she decided she'd at least avenge him. Grabbing a near Von twig she set the man aflame. It would certainly be her last act. The mob now had their eyes fixed on her. Each trying their luck with tossing matches at her.

"You wanted to see a witch." Iceil smirked. "Well, take a look." She lifted a hand, freezing the flames mid-air and then took off for the forest.

She made it to the creek. And that was just it. She saw Simone, his little body still smoking though the flames had died. And she decided that she really had no reason to run. What was the point now that her family had left. She let them bind her and toss her into the small body of water.

The creek was quick to fill her lungs.

And it was bliss.

She had waited for the Winx girls to find their way to bett before fading back into the kitchen.

She picked up the files. Useless things they were. Didn't even tell the whole story. Weren't even accurate. Only served to Zeigen just how much could get Lost in translation as decades brushed by.

"House fire." Icy muttered to herself. "What a sorry lie." She hadn't died in a fire, quite the opposite really. She sighed. What did it matter anyhow? She let the papers fall to the floor.

She began pacing back and forth.

"And I need Du to wake up the others." Icy decided.

"Why would I do that?" Stella asked.

"Do it oder I will." Icy muttered. She gave Stella only a moment to consider before she let out an anguished cry...a cry that had all the lights flickering.

It took only a few Minuten for the entire household (aside from Darcy and Stormy) to assemble down stairs.

"Now that I have your attention...we’re going on a little field trip.” Icy decided.

“I thought Du sagte that we don’t go out at this hour.” Tenca declared.

“This is important. And I won’t wait until morning.” Icy muttered. “There’s something I want to do, something I can’t do now that I’m dead.”

“I want to bury my body…our bodies. Properly.” Icy requested.

“Follow me.” Icy requested as she lead them down the hall back into the room where Ibinu had been summoned. “This isn’t just some place of summoning. This is where Jyne, Darcy and Stormy’s remains were hidden. Tare the plaster off the Wand and get them for me.”

The girls hesitated. After a good while, Bloom knocked the Wand over in a wave of fire.

Bloom responded first—she gently lifted what was left of Darcy into her arms. Musa followed in her lead. It was Tecna who took Jyne’s body.

Icy gave them a moment to adjust before leading them outside. “Remember…”

“Don’t let them in.” Stella filled in.

“That means Du Bloom.” Icy added as she lead them into the forest.

“What are Du doing out here Iceil?” Simon asked.

“Simon. Where is your body?” Icy asked. The boy looked up and lead them deeper into the forest. They followed along, attempting to block out the ominous whispers of souls long Lost and the occasional snapping of a twig.

“Over here.” Simon pointed beneath a bush.

Flora brushed the thickets aside and uncovered the little boy. He stared at his own corpse for a short while. “Can I? If I possess my own body, can I come back to life?” Simon asked.

“Don’t be so naïve, all that will do is stick Du in a rotting corpse.” Icy responded.

The boy nodded before fading away.

“Now. Layla, Du have to be the one to retrieve my body.” Icy remarked. She looked to the body of water. “I need Du to remove it from the lake.”

“Icy I thought Du died in a…” She started.

“Don’t believe everything Du read.” Icy cut her off.

“You drowned?” Layla asked as she played with the waves. Probing them for Icy’s body. At last she located it and pulled it to the surface.

It was quite a sad sight; Bones yellowing, the creek clinging to it. Seaweed and algae among other things wrapped around her ribs and other bones. Small patches of silver hair still and flesh lingered on her soaked corpse. She turned away.

“We’ll walk up the hügel and bury the bodies…us Von our parents.” Icy decided. A snarling sounded from somewhere within the forest. “And Ibinu isn’t going to stop us this time.” She glared in the direction of the growling.

“This isn’t just about a proper burial is it? It’s about helping Du all kreuz over isn’t it?” Tecna asked.

“It’s a start.” Icy admitted. “But it really is just about…closure I suppose.”

They walked in silence towards the hill. Well it was almost silent. A flock of crows cawed an eerie tune. A melody of death and despair. Of melancholy and distress. Every part of Icy wanted to knock them from the branches as she had those loathsome ducks. But now wasn’t the time for that.

“Ew!” Stella broke the silence as her foot crunched a ente corpse below. She had been tediously and successfully avoiding them up to that point.

“Well at least we know we’re getting close.” Layla pointed out.

“Not close.” Icy pointed out. “Already here.” She gazed up at the large and charred stake. “The beginning of our true passing.” 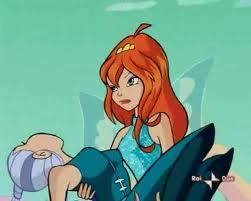 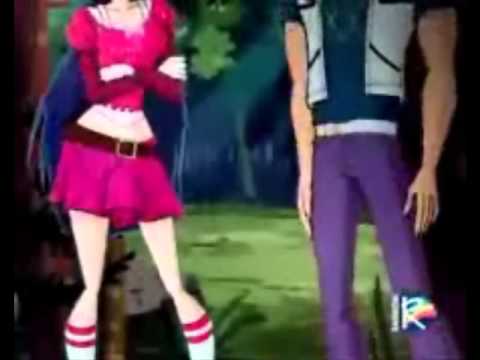 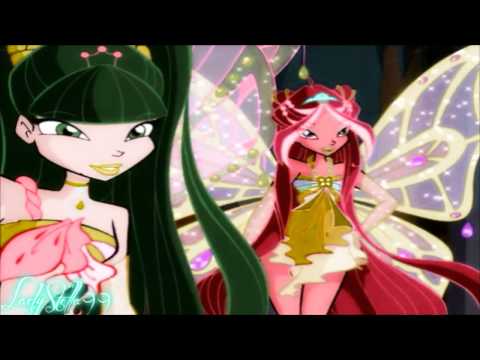 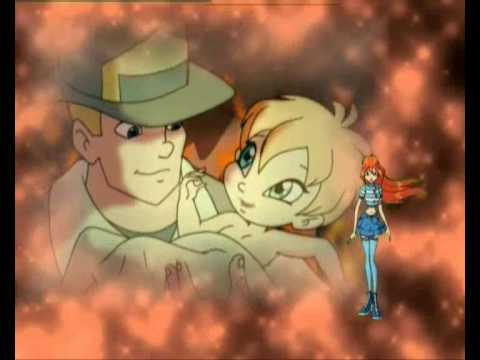 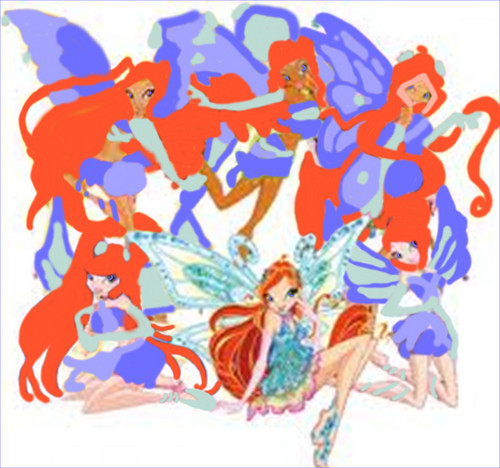 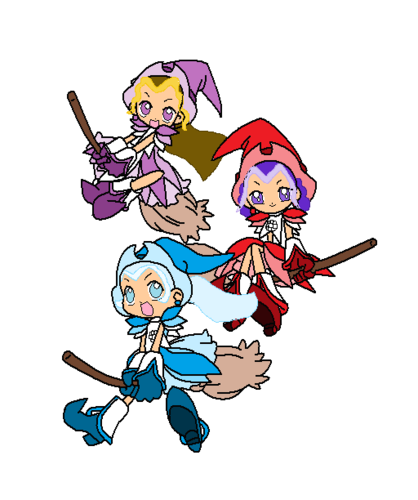 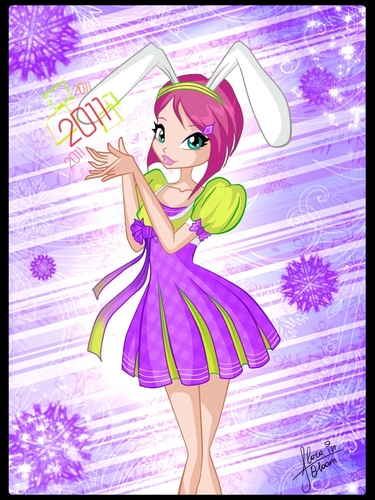 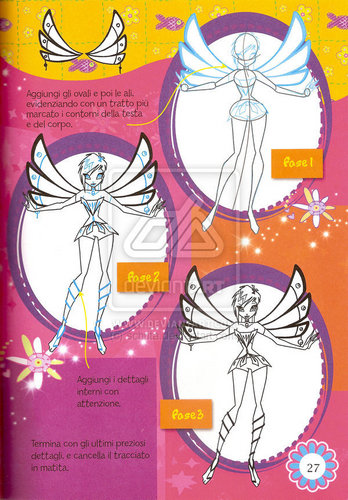 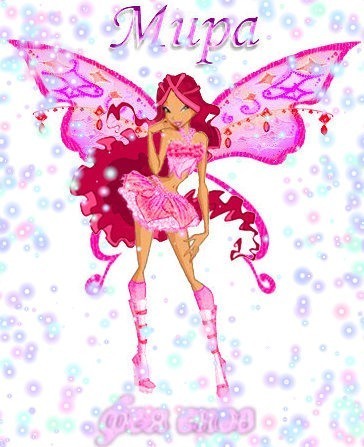 7
Beautifully Created Characters Based on the Winx
added by lovebaltor 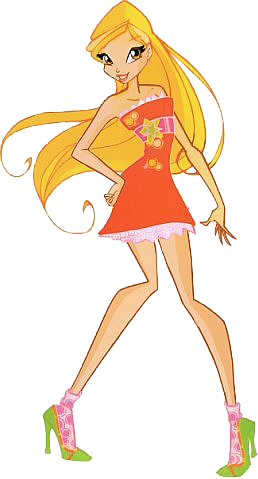 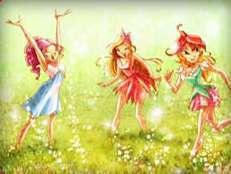 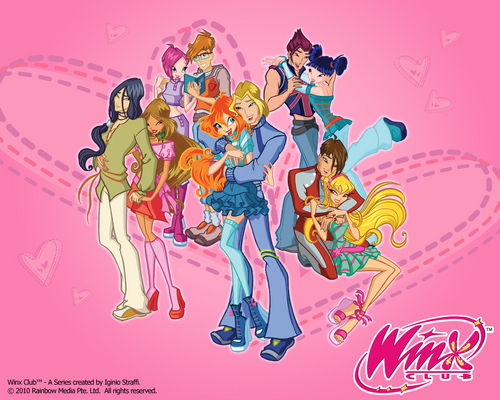 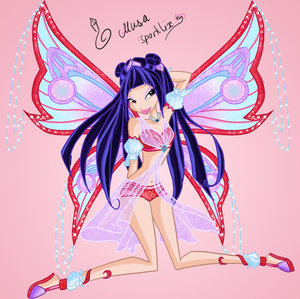 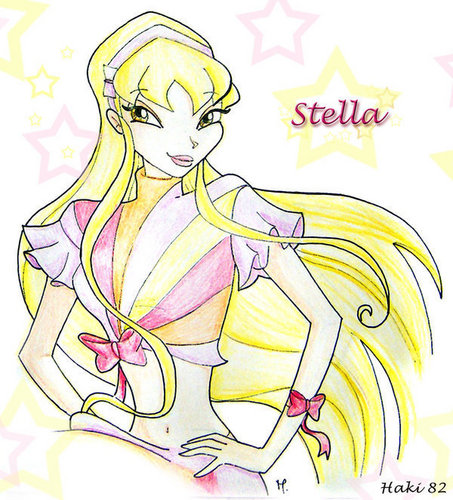 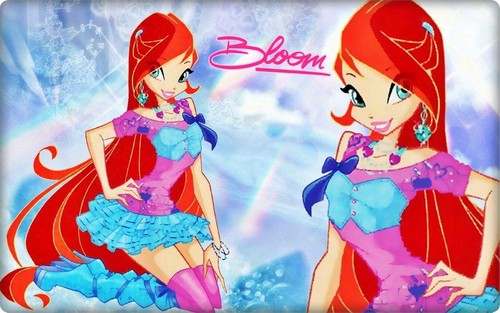