17
Ideas for The Simpsons future episodes
posted by triton
Here are some ideas that might be good for future The Simpsons episodoes...take a look and how Du like it!

"Welcome to Springfield, Home of the D'ohs"

The Simpsons decides to go on a road trip then to a fellow ranch, but misdirection sends them accidentally to a bee ranch; and also realizes that their way Home is gone, so they are stuck within the farm the entire weekend. Meanwhile, Grandpa Simpson watches over the house, but a uncertain amount of uninvited guests comes over and get on Grandpa nerves.

"The Lion, The Hitch, and the Wardrobe"

A disaster at Moe's bar and his apartment moves him until it get reconstructed, so he stay a night at Apu's, but Apu wants to know how did it happened. Moe begins telling him the whole story from the events between Homer and his pals adapting with new uniforms, Ned marrying the boy's new nanny, who Lisa feels something is not right, all the way to Krusty adopting a lion to boost his new show.

"The Importance of Being Lisa"

A magazine Artikel foretelling how simple smart people are occasionally the dumb ones send Lisa on an outrage. Fearing for her daughter's safety, Marge calls in a psychologist, Dr. Ella Leafy, to examine and help Lisa rediscover who she is. While in discussion with Dr. Leafy, Lisa goes down memory lane all the way from birth to now.

It's almost the end of summer, Bart finds out Von Millhouse an Itchy and Scratchy convention is close Von and that it's the only one in a year. Bart wants to go, but a fiscal with his mom and Skinner sends him to late summer school; while there, Bart is in dire needs to go the convention, so he meets a counselor, Monty Ziegler, who befriends with and helps him go to the convention. Marge and Skinner discover and both plan to get him back. Meanwhile, Homer and Lisa both try out Father-Daughter Basketball.

"From bier to Eternity"

Homer loves drinking bier every single time and Von it puts Marge, Bart, Lisa, and Maggie to their breaking points. However when his drinking causes him to get in close-serious accident, the family had enough and puts Homer in an intervention in order to stop drinking bier for good.

"A Comedy of Feathers"

Mr. Burns discovers he has an act of getting mad every single time; Smithers offers him anger management classes, but all failed. Burns soon discover a Lost bird and also uncover every time he hangs out with the bird, he starts telling funny jokes and be amused Von it. Seeing how the bird is his muse, Burns goes on a comedy tour. Meanwhile, Lisa and Bart tempt their parents to give them a pet bird.

Marge realizes the bills is past overdue, so she decides to mail them back until she discovers an unknown mail, when she reads it, she is sublime with a Fantasy tale about a new version of Snow White and the Seven Dwarves. Impressed Von it, she seeks to have another tale. Eventually she does and this time tells the adventure of Huckaberry Finn. Soon, she gets another tale about Rumplestilksten.

"The Boy Who Came In From The Fold"

During school, Lisa discovers that Bart is Schauspielen very strangely. While Bart is becoming erratic, Lisa investigates why her brother is like that, so she Fragen a dozen of people including the parents. Meanwhile, Homer becomes interested in Lesen soap operas.

Marge shops at the Kwirk-E-Mart, and finds out Apu is doing a talent show; she joins in and Apu discovers she has an uncanny act of singing. When Apu discovers it, he records it and sends it to a competition that is looking for talented artists. Once they look at it and choose her to be one of the finalists, Apu becomes her manager and Homer comes down for support.

"The Greatest Blame Ever Played"

A gossip Queen reporter, Rebecca Katz, comes to Springfield to find the Weiter "it" scene. She soon discover a damaging secret about the mayor, so not to be all that proud, she decides to use her gossip Zeigen and starts blaming others once Quimby's secret is out. Meanwhile, Bart requests a radio Zeigen for the school.

Marge learns about a Baby-Baby-Bops clothing line is seeking for a new face, so she wants Lisa to enter, but a rival mom competes with Marge while a rival boy competes with Lisa, who also likes her. Meanwhile, Duffman is injured, so since he can't perform at a Duff bier show, Homer and the others compete one another to be the new temporarily Duffman.

"The Americanization of Homer"

Homer's insentient ways of living prompts Marge to go to a "couple reliving" program, where they are taught everything of what a marriage couple needs to know about American culture. Meanwhile, Bart, Lisa, and Maggie are learning the ins and outs of being babysited Von Patty and Selma.

"The Simpsons Just Wanna Have Fun"

The family tries to have a normal vacation, but when every time they want to do it, obstacles stand in their way. So Homer and the others go beyond what they feel are normal: from drachen, kite surfing to mountain climbing to going scuba diving with sharks.

Bart is having a hard time hanging out with Todd and Rodd Flanders, so Lisa decides to help Von her hanging out with Millhouse, while he bonds with the Flanders boys. Meanwhile, Homer and Marge are impressed with their children hanging out with the boys, so Homer feels guilty and hangs around with Ned while each of them living in each other shoes.

"Momma Got A Brand New Attitude and It Smells Like It"

Marge realizes her cooking inspires a lot of other neighborhood moms, and during a neighborhood meeting, one of the moms insists her to enter a cooking show. Marge takes the offer heavily and tapes one of her cooking, and when the Essen Zeigen accepts it, Marge is the new contester for a new cooking game hosted Von Rachel strahl, ray and Bobby Flay. Meanwhile, while Marge is away, Homer is like a trapped dog as he watches the children and a lot of bad things happen.

"The Lost King of Springfield"

A quirky historian visits Springfield for a chance to live a normal life after weeks of finding history, yet he soon discovers a lost, deep buried secret in Springfield history; he discovers that there was a line of kings that ruled a small colony known as Little Springfield now know as modern Springfield, but the biggest surprising find he ever discovered it that there is a remaining heir to that throne-and that he is Homer Simpson. Homer realizes this unprecedented news that he is the King of Springfield, and the kingship goes through his head making everyone upset and looks like peasants. Meanwhile, Marge, Lisa, and Bart struggle with knowing if living the royalty life is good oder living with the normal.
shanepalamara, nikkiluvzu and 15 others like this
tvman Wow, these are really good. I mean surprisingly good. You sure your not a writer on the Simpsons and your just leaking future episodes to us?
triton No...but I wish I was! :D
hooch-is-crazy WOW! These are amazing!
DoctorSpud Great, great ideas. Well thought out! I'd love to see these as episodes.
buxcador Argentina is the most Simpsons nutcase in the world, and they make no prank about it! http://i51.tinypic.com/f54lko.jpg http://www.google.com/insights/search/#q=simpsons&cmpt=q 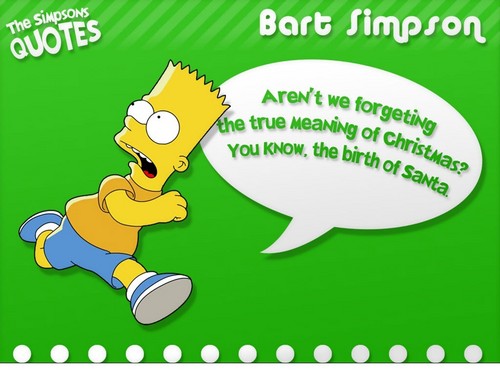 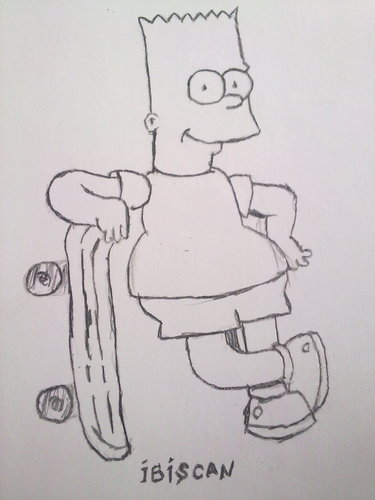 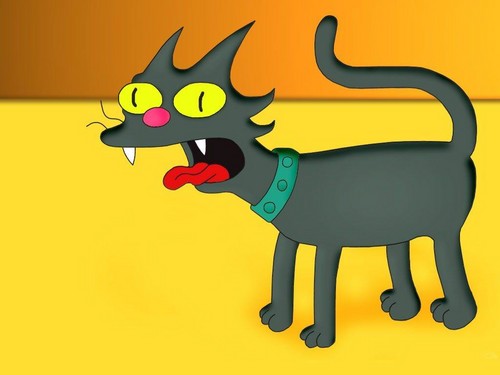 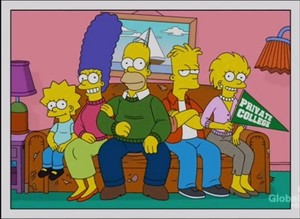 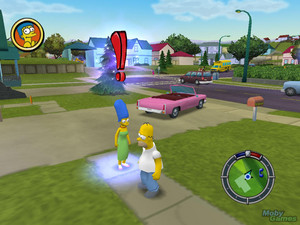 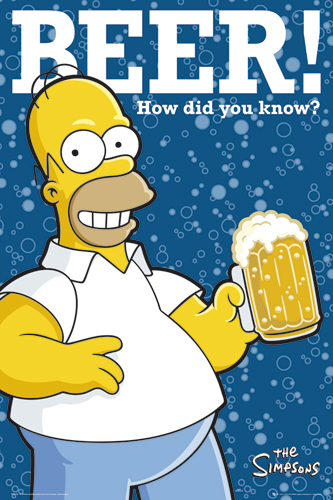 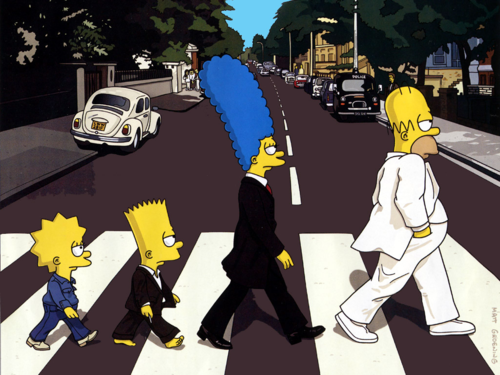 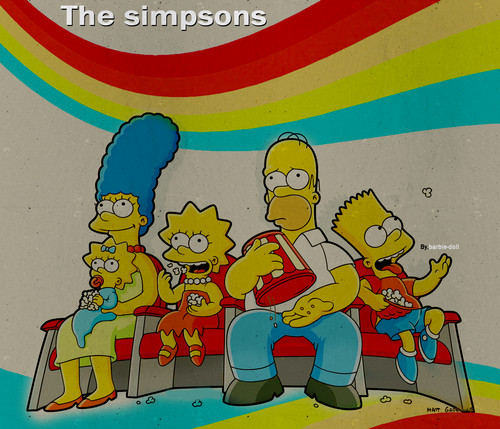 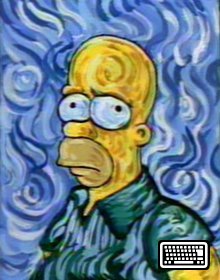 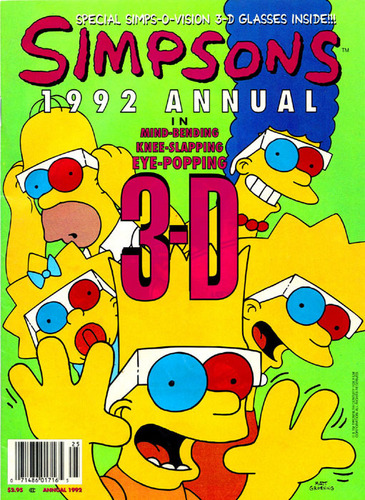 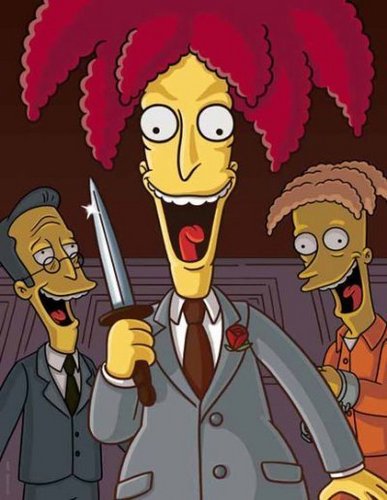 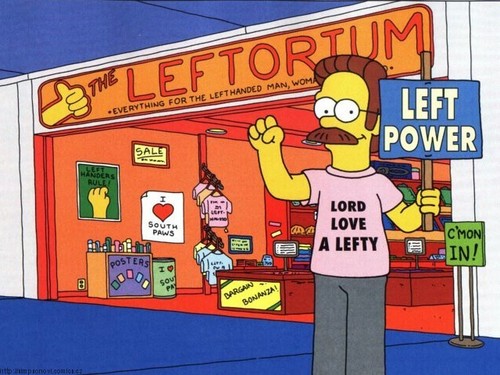