2
Rapunzel – Neu verföhnt THREE (3): The Most Beautiful Jahr Of Our Lives,Scene 2 out of 7
posted by fansPunzie-22 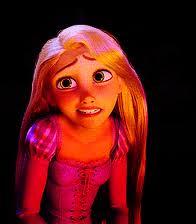 AN ORDINARY DAY
"Haha,gotcha,I was joking! But not when I said: Idiot" "Oh sorry,anyways" then he kissed her on her forehead and said, "I Liebe you" with a smile,and she replied,with a smile too,"I Liebe Du the most"
After everything ended,it was already evening.
Rapunzel was the first one to decide to go to bed.
Her father came and told her,"Well,I haven't tell Du this but having a child is the hardest job Du could ever get." "But the most beautiful present on the World" she replied with a smile. "Well that's very true my darlin' " then he sagte "Good Night" to her and left the room. Rapunzel started to fall apart,so she just gave up on fixing her bett for her to go to sleep,and just lay down on the bed,and suddenly,she fell asleep. When Eugene entered the room he started giggling,one,because Rapunzel suddenly fell asleep and two because she didn't even finish fixing the bed. And then Eugene wanned to start laughing out loud,but he better not wake Rapunzel up! But suddenly,he gave a HUGE squeal and woke his "wife" up. She jolted awake and said,with her enourmous eyes wide open,"Wtf...(What the freak)...What just happened??" "Haha,sorry,I couldn't stop giggling because you." "Me what?" "You just suddenly fell asleep and didn't even finish fixing the bed,and that was so funny to me that I couldn't help myself to LOL (Laugh Out Loud)!!!" "Oh fridge. Sorry to make Du laugh" "No,I better be sorry to wake Du up!" "Oh ye- *mumble*" and Von this time,Eugene laughed even harder and Rapunzel said,"SORRY.. I better help myself up for Du no to laugh to wake me up!!!!" Then she just started to go on and keep fixing the bed,just then,Eugene spoke up and put her hands down,"No,you get comfortable,I'll do it for you. Leave it up to me." Von this thing he sagte Rapunzel just opened her eyes wide and her herz beated faster than ever. And she did what Eugene sagte to her.

* * * * * *
The Weiter morning,Rapunzel couldn't see but could feel it. She went a little dizzy. She was afraid that what was going wrong with her. Then she remembered,she was pregnant. "Crap,I COMPLETELY forgot about it, But good thing I remembered it." I think Eugene was having a nightmare right away,'cause he just snapped awake, "SHOOT!!! Oh great,it was just a nightmare" Rapunzel spoke to him with a giggle,"What did Du dream??" "Oh. Well,ummm,I dreamed Mother Gothel tried to....... Not saying it :x" "Haha,why not?" "Kinda 'creepy' might be to you" "Just tell me before Du get under my skin....I meant to say,before Du get on my nerves." "Duh,where are the nerves?? On your skin??" "Well,duh,no.. Where else? Under the skin.. C'mon! You're getting Mehr under my skin" "Okay okay..That Mother Gothel........tried to....." and when he sagte it,he tried to keep his mouth shut but he wouldn't,so he stuttered,"Tried to take away OUR child!!!!" "Only for tha--... Oh crap,now I remember Gothel took ME away.. Thanks for letting me know why Du wouldn't tell me." "There are reasons why your mouth needs to keep shut.". At 1:00 p.m. the town was getting crowded as yesterday,Rapunzel thought Von looking in the balcony. But remember the "party" thing??? Well...after that,things started to get even crowded than it was yesterday. Rapunzel with her eyes wide open,she wanted to yell..but she wouldn't,just in case."Shoot,after that party yesterday.....after EVERYBODY found out I was....no...Eugene and I were going to have our child,everything,EVERYTHING just went upside down!" Her mother came to see her why was she was a little too surprised,"Darlin',why are Du so shocked?" "Mother,I think after that party yesterday,everything went upside down on the town." "Well,it was the same thing when I expected you." her mother replied with a chuckle "Really?" "Yes" "Oh. Well,I'm kinda glad to hear that 'cause I don't feel sort of strange about all this stuff going on. But the Frage is,,,,why is everybody putting Mehr stuff 'cause of the baby????" "Because they wanna make sure that when YOUR child's born,he oder she has everything that he oder she needs." "Okay,now I comprehend. And mother..thanks for letting me know." "Okee doke." Just then Eugene came in. But he saw that Rapunzel was sitting on the bett and looking bad. But he didn't know why,so he went up to see her and asked,"Dear,what is wrong with you?" Rapunzel couldn't reply. And Weiter I saw that Rapunzel wasn't in the mood of depressed but in the mood of pain. She try to tell him,but because of all the pain...she couldn't reply. And even if she did,you couldn't understand her,"Well,Eugene,well I..aah! It's,it's....ow ow ow ow..It's just....the...baby.." and Eugene didn't seem happy about it either,so he sagte "Well,we just gotta cheer our child up." with a cheeky smile,and because of this,Rapunzel giggled and the pain was gone. "Oh,Eug'! The pain is gone!" "Hmmm,well,I think the baby was giving Du pain 'cause your mood wasn't good as now" then she replied with a chuckle,"Well,I think that's right" "Don't worry.... everything's gonna be okay" Eugene said,giving Rapunzel a hug and a KISS on her cheek. 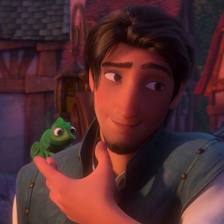 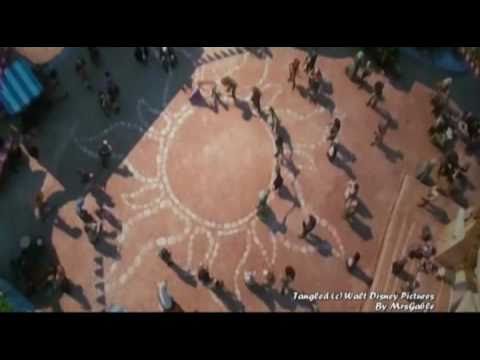 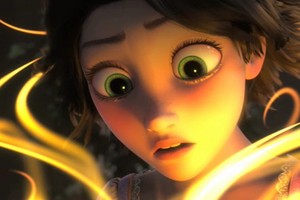 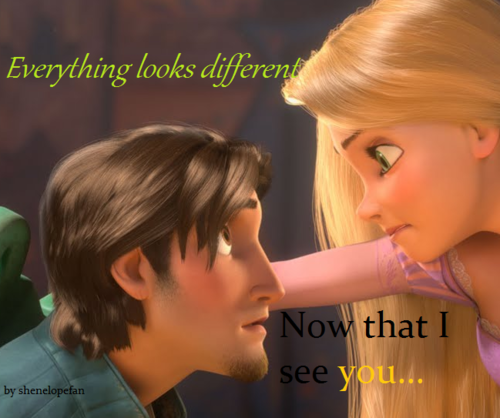 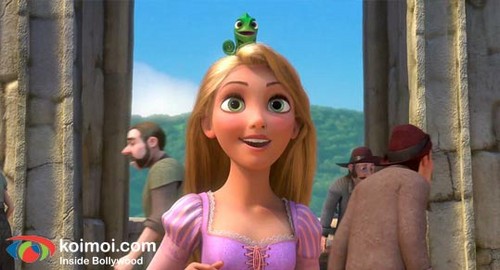 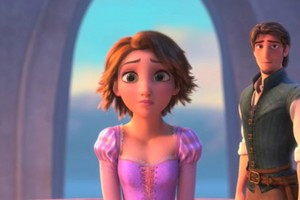 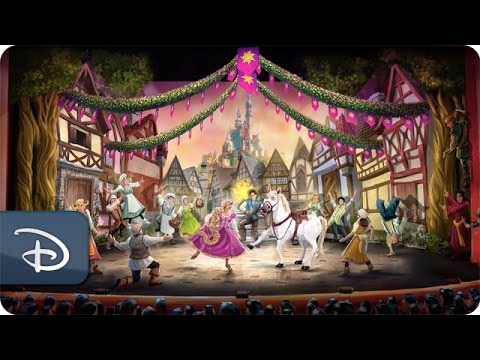 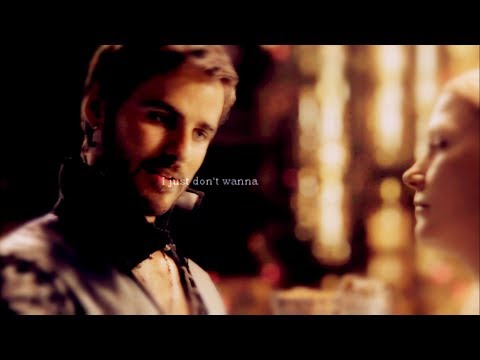 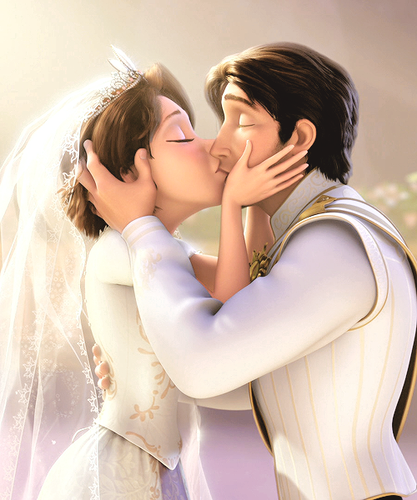 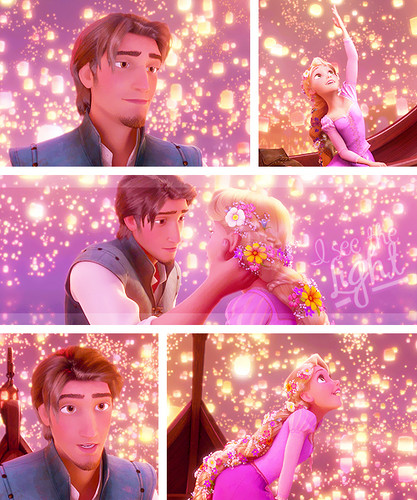 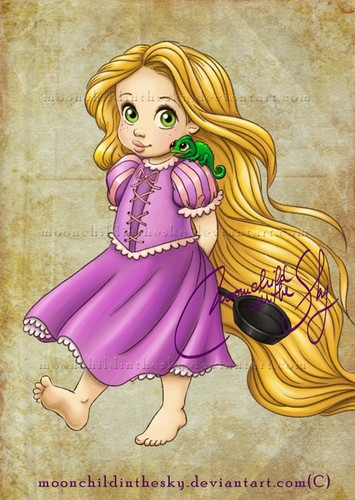 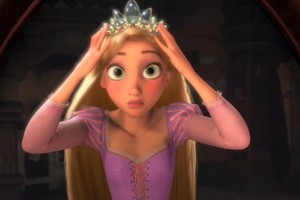 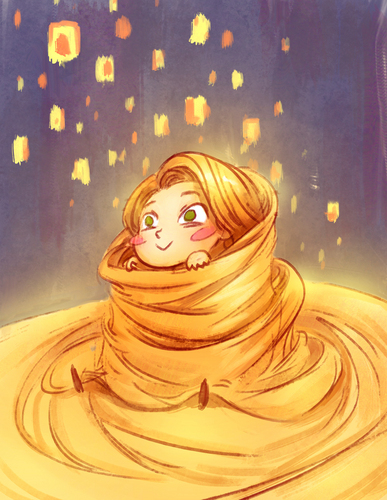 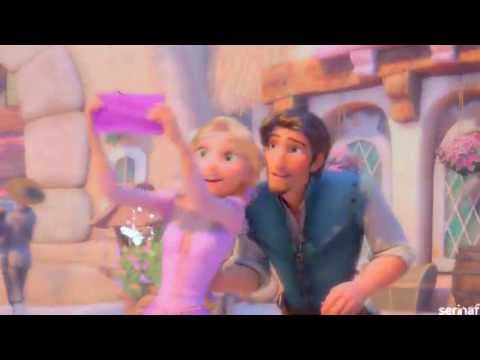 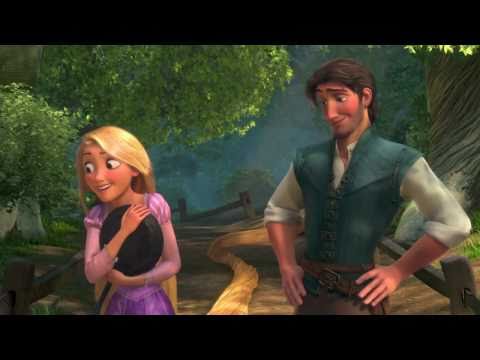 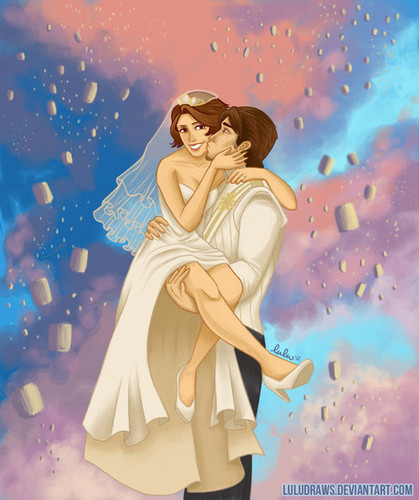