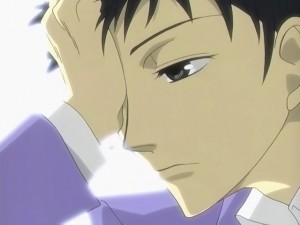 Takashi Morinozuka...the handsome,strong,silent type.I looked on at him,thru the crack in the Musik room door.He was fantastic he seemed so nice..but I could not get close to him!Honey was near him all the time so I feel,I carn't get close to him.
Swoosh!The door bust wide open."Bye Du guy's"Honey declared!I expected Mori to stride out like a soldier so I could admire him!
"Takashi will stay here"Honey cheerfully said.Mori slowly nodded as honey walked down the hallway.
Wow...here was my chance I cried out!I started to walk in slowly;I could see Mori in my eye veiw, I was so close to him."WELCOME TO THE HOST CLUB!"a tall blonde teenager burst out!He shocked the life out me!"How are Du princess"He bowed to me....then he gave me a lovely rose?
"Now which kind of guy's are Du into the si...."
"Silent type!"I cried out.I looked over at Mori he was the one!"Well so Du want to see Mori..this way princess"
He lead me to where Mori sat and pulled me up a golden chair."Enjoy" the older teen smiled and with that he walked away.
I looked onward's at Mori he sat Von the now rain drenched window.His stunning eye's drew me in closer."Hi..."I stutted out to Mori."My name is Ambrosia and well...I thought we could have a nice..ummm cup of tea"I managed to blurt out.
Mori looked up at me with a faint smile,...wow he smiled at me!I felt as if I was in heavan....BANG!
I looked around.What on earth was that!I stared at the window where Mori had sat!Where was he!I slowly looked down to the floor..and there was a unconscious mori..... 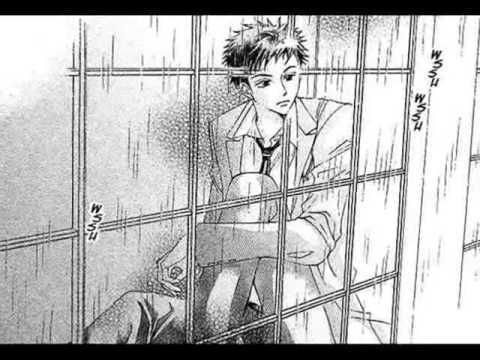 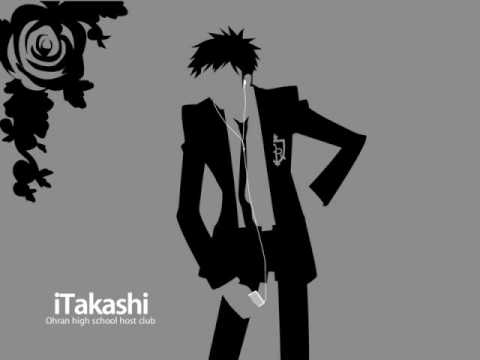 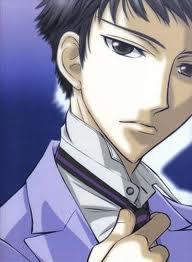 thank Du oh creator of this club whomever Du may be for giving us the chance to bask in mori's ultimate strength and hotness >.< but really i am glad someone made this club for a seriously under appreciated member of the host club >:O i mean really think about the host club with out mori for a second..... *thinks about it* TERRIFYING!!! mori is the vanilla in French toast and cake. its just a small amount but it makes a world of difference. and thats why we Liebe him. Liebe THE MORI!!! >.< Liebe him. it really kinda annoys me how people constantly remind me how he only has a few lines in the whole anime/manga. i know -.-. HE IS THE SEXY QUITE BROODING TYPE OK LEAVE HIM ALONE. >.< lol 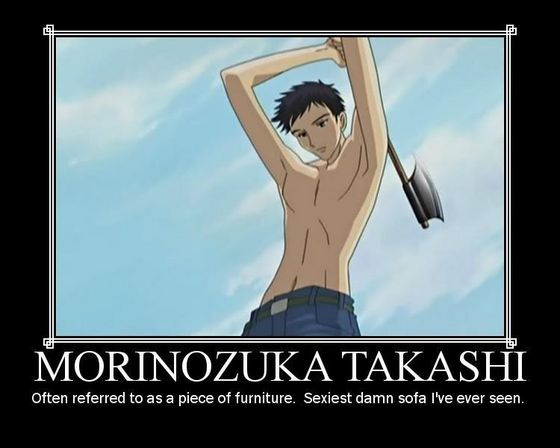 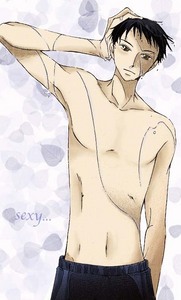 “Ah, the spring time is finally come… even The High School Opening Ceremony will be started in just an hour…O God, I’m so nervous…”
I took a last glance of my own reflection on an engraved Gold gilded mirror on the wall, took a deep breath and gave myself a wide smile.
‘I have to be confident! Even though I’ll stand out without the uniform, just give them a smile, be nice and polite. I’m sure it’ll workout somehow…’ I mumbled while put the thoughts into my brain.
“Yooosshhh!” With a slight slap on the cheeks I tried to remind myself of my determination.
“Sugisaki Maria...
continue reading... 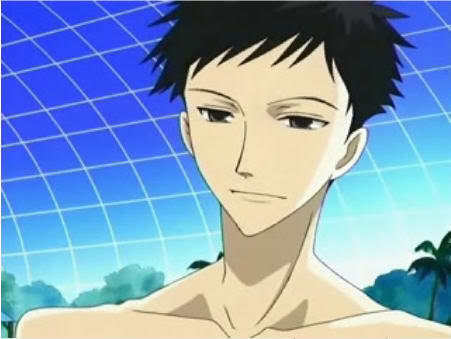 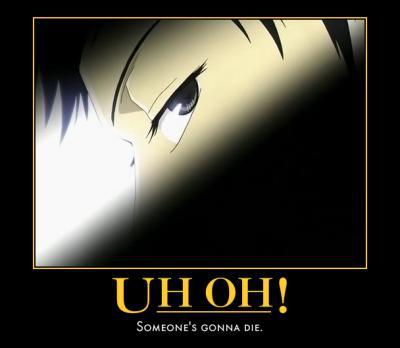 11
Symbol of Death
added by Ayaka 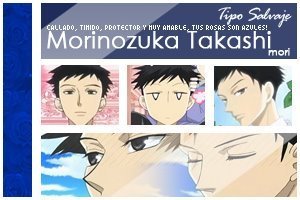 1
epic amv
added by keturahk
shut up and sleep with me >.<!!!
video
mori
host club
Youtube