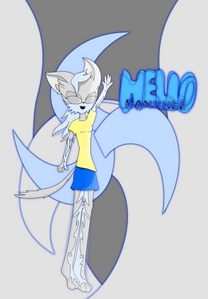 What is a Banshee?
Banshee Mobians are cat-like creatures in form. They are called Banshees because they have sound-like powers, and can be transparent.

1.    Sound Element: Sound element is the most common and permanent for almost every type of banshee. Among its uses there are voice-changing, voice-throwing, sound-emitting, sound decreasing/absorbing/increasing, and virtually anything else Du can think sound would do.
2.    Mind Element: Mind Element is less common. It allows the banshees to think 10-30 times faster than the normal person, control and enter minds, Bewegen items with their minds, and whatever else minds could do.
3.    Dark Element: This element is extremely rare in Banshees; although all have it, only a select few choose to use it actively. It deals in absorption of virtually anything, can increase from rage, can feed on fear, and increases the banshee’s natural abilities greatly depending on the prey.
4.    Flight: Banshees can excrete an almost web-like substance from the sides of their arms and legs, which allow them to fly with ease. And while it does help immensely for sustained flight, banshees can fly without using it. It has nothing to do with sound emitting from the banshee, but rather the lack of weight.
5.    Weight: Banshees are EXTREMELY light. They can increase oder decrease their density to an extent, mainly so that they can fly. They can become hard as rock, oder completely ghost-like. This defies gravity in every way.

Personalities
Unlike Identities, Banshees are not pre-programmed with specific character traits, but it is very common, due to their elements, for them to have a slight ego (Mind element), wisdom (Mind element), and caution (Dark element). They enjoy simple pleasures, but due to their amazing intellect they are constantly interested in any little oder big thing. They are easily amused, but shy at times. They can either be very friendly, oder very cautious, but rarely violent unless needed.


ORIGIN
Similar to the Identities, Banshees were spawns of two of the same person… in a sense. The Seven Server spirit of Mind (Known as Midnight) had a secret that even she did not know. She was fused with Daricha, the Seven Server of Darkness. When she first was evolved, she was the first Mobian Banshee, though sadly she was in rabbit form. After much time her Mind-Element awakened and took over. The Dark-Server was trapped in Midnight’s mind for many years till it broke out and took control of their body. After many battles the Dark-Server was defeated and trapped inside its own Dagger, but during the “exorcism” the original Midnight Banshee clung to the dagger, and when Daricha was sent off, it followed. It landed on the Mobius “Mobocan” where the Dark-Server was thought to be dead, but the Banshee DNA spread and infected a non-mobian cat, which turned the cat into a new breed of Mobian. The banshee later found that even the simplest touch caused whoever she made contact with to turn into a banshee mobian. The DNA wore off and the cat reverted, thankfully to a normal mobian and not it’s primitive form. Repopulation spread the DNA, and banshees became a regular form of Mobian.

REFINE EFFECT
(What is the Refine? The Refine was one of two genocides against the three Hellborn species, the Banshees, the Acid-monsters, and the single identity that lived on Mobocan. Many died, some survived, and basically it caused the entire planet to turn on them)
The effect that the Refine had on the banshees was one of fear. Naturally peaceful, most simply hid their powers, and pretended to be normal cat-mobians. They did not want to Zeigen themselves in fear of causing another Refine, and keep to themselves.

Distinguishing marks
1.    Appearance: Banshees are usually EXTREMELY attractive-looking. They are made of pure energy, and thus are perfectly shaped in every way. They are usually tall however, with the highest being seven-feet, and the lowest being 4.5-feet tall. There are cases of higher and lower, but not many. Their stripes are also a give-away. Female banshees have one-sided stripes that are usually on the inner arm/leg (if Du were across from one while it faced Du the strip would be on the right side of the left leg and the left side of the right), with some loops around the entire leg oder arm. The Males go in reverse, with the stripes on the outer parts. Their ears are also noticeable. They are very large, very wide, and have a single black ring on the inner ear. Most Banshees will dye themselves to make it harder to notice them. Also while they can change their density, it will always revert back to 40 pounds for Males and 20 pounds for Females, making them very light to the touch. The most common noticeable feature are the eyes. Banshee pupils glow, and are never black unless raged in some special form.
2.    Body-language: Banshees are graceful. They may seem to be anyone who would look to be good at ballet. Their movements usually cause swaying of their fur, which is silky and smooth.
3.    Voice: Sound is the key, though it’s hard to tell. A smart banshee will usually make their voice sound bad, which they can do indefinitely, but most banshees don’t remember, oder simply just don’t. Their voices are fluent in everything they say.
4.    Knowledge: Banshees are very smart, and therefore Du will see their eyes darting around, without moving their heads very often. They can almost never not react to something entertaining, no matter the size. Also they will most-likely act either stuck up, oder simply very learned about things, though there are still a lot of humble Banshees.
5.    Socializing: Most Banshees after the Refine attempt to avoid any form of friendship, which is hard because they do not like loneliness. They will stay away from crowds, sneak away from conversations, and try to get out of any dates.
6.    Hearing: The ears will twitch uncontrollably at whatever sound, even if the Banshee pretends not to hear. They cannot stop this, and for Banshee-hunters, it makes it one of the easiest give-aways.

1.    Split
While it is almost always fatal, some Banshees have done it. They can completely remove all of either their mind, oder dark, element, usually choosing dark for obvious reasons. Sadly this causes the Banshees to lose their mind-powers too, which is another reason it is so rare. They excel in whatever element they keep, and can even (extremely rarely) replace it if they keep the dark element, but they are unable to recover their Lost element.
2.    Daricha Banshees
Take the insanity of a three-mood identity, and turn that insanity into RAGE. Daricha Banshees are banshees that basically have dark energy beaming out of them. They get stronger at night, can heal much quicker than normal banshees, have metal bones, and have a rage-form which causes them to glow white and black, giving them EXTREME power as long as they stay angry. They look normal, but their stripes are shaped in moon-curves.

WEAKNESSES and STRENGTHS
If you’re planning to use a really loud sound to hurt their ears, it won’t work, however Banshees are not even close to indestructible. Due to their lack of density, they are very easily broken, unless they have metal bones, but can regenerate quickly. Also banshees are very flammable.

DARICHA
The whereabouts of the Server of Darkness are unknown. Some banshees fear her, and fear her return. She is thought to be the strongest of the Seven Servers for a number of reasons.
1.    Power: Daricha was trapped without power for hundreds of years, giving her Mehr than 100 times enough time to charge her energy. And after being trapped again, she continued to charge.
2.    Rage: Rage is so easy for Daricha to have. Being a prisoner, being trapped twice, being attacked, her legacy being hunted; it makes her very angry, and anger makes her very strong.
3.    Fear: Darkness. It strikes fear. The amount of fear of one person intoxicates Daricha, but dozens oder hundreds is unthinkable.

If she ever were to come back, it would take Mehr than ten Enerjaks to simply get her to listen. The only person able to stop her would be the Zonac Server, who she killed, oder the Light Server, who beat her the first time.

So that’s basically it. Want Mehr info oder have Fragen feel free to ask. Want your own Banshee, just tell me how Du want them. 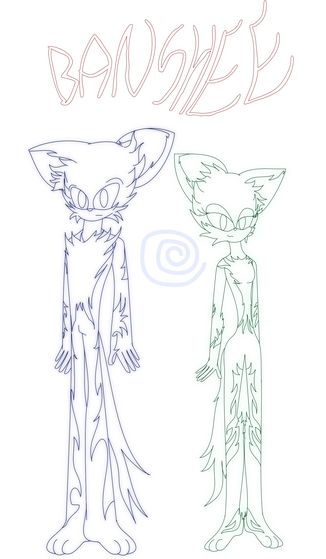 misshedgehog, iluvshadowo3o and 2 others like this
2
Friz The Hedgehog's How to Draw: Modern Male Base
posted by FrizTHedgehog 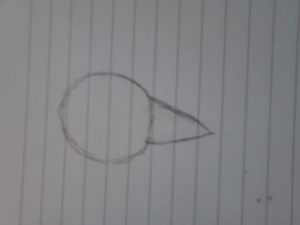 1.) Draw a circle
2.) Draw upside down dreieck under the circle
3.) Round the dreieck out
4.) Erase the Straight dreieck if it is still there
5/6.) Draw thin cylinders for arms/legs
7.) Erase the lines between the body and the arms/legs
8.) Add gloves, socks and shoes
9.) Weiter part is all Du add the features of your FC and tada!
Expect Mehr of these so anyways, have fun!

Mehr stuff: About the Friz game its coming along well but the level is 9 so the final boss will actually be a whole other game 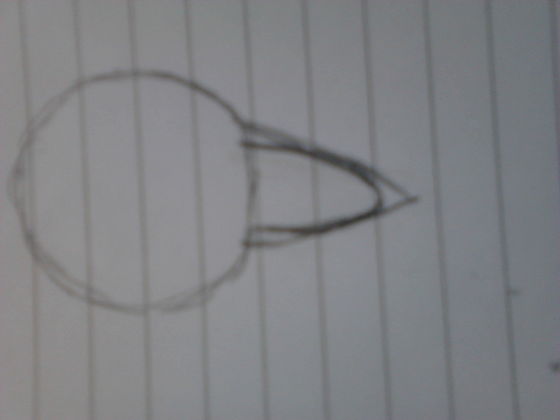 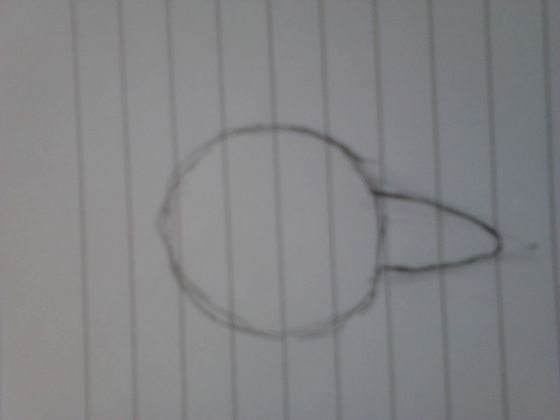 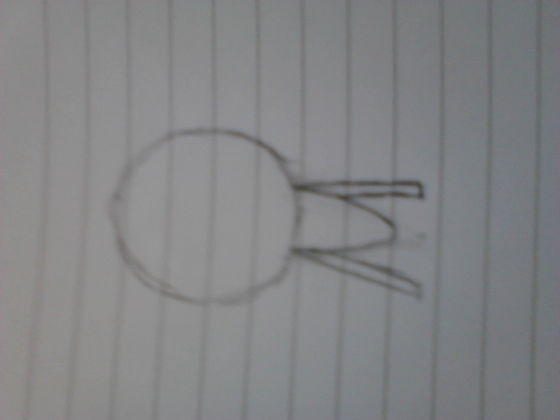 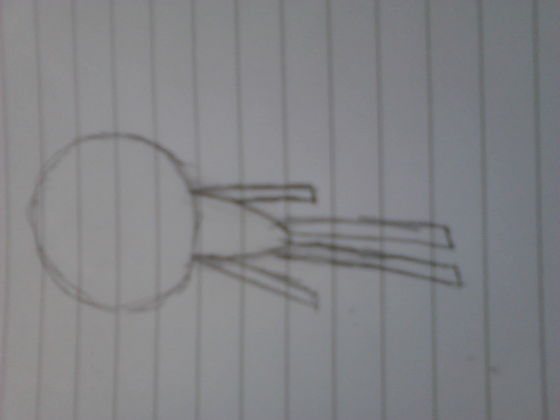 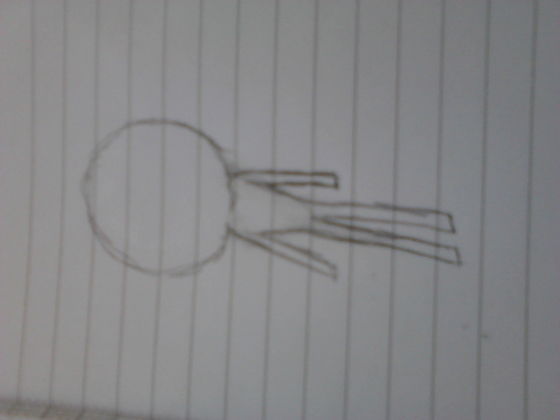 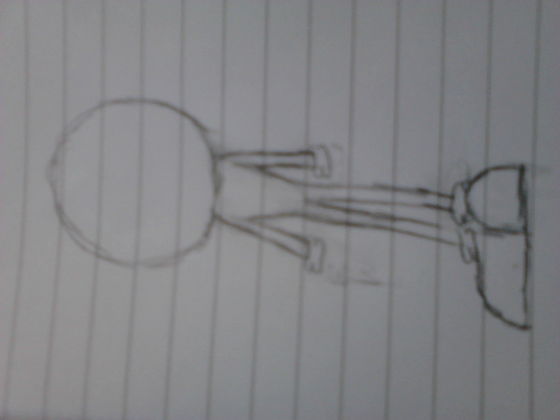 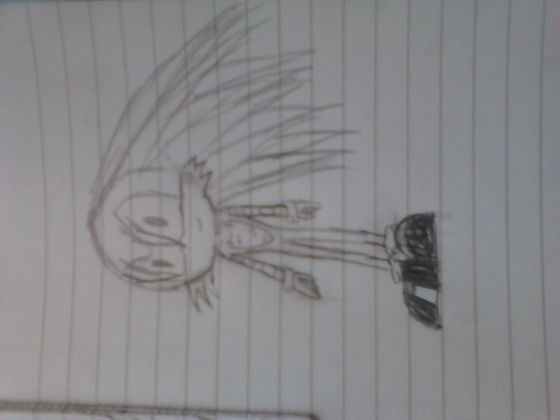 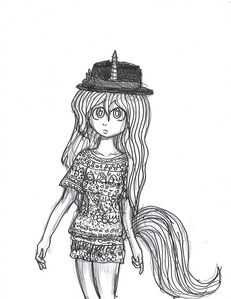 a debating outfit of her
(THIS IS A FURTURE PERSON!! XD)

Hometown: moshis house (where ever that is)

Way of speaking:no way at all,but would be smooth and soft if could

Theme Song(s):
link
Ed Sheeran :: The A Team
or
link
Who's That Chick? Rihanna


Personal Quote:"i Liebe it when everyone is nice to eachother"-D-
Describe their voice:pretty but load

Weapon of choice:her horn or...
continue reading...
4
Jazabell Story 1 (by Ashuras-shadow)
posted by Ashuras-shadow
(Thoughts going through her head) "oh my god i couldnt breath....but no matter this was a life oder death situation i couldnt stop running now i need to go a little faster pick up Mehr speed to get my self in the air"

I ran faster slowly spreading my wings (wild dog barking forociously coming close on my tail) i look behind me to see men in black with stun Pistolen and hand pistols.(thinking) "god just a little faster and im free!!" (i smiled at the thought) "free i like the sound of that"

While thinking of that i opened my wings all the way and pushed off the ground barely getting 10 ft off the...
continue reading...
3
Fun Facts about Shock
posted by ShockTheDog
Here is a Liste of fun and true facts about Shock. Some Du may know and some Du won't know.

1: Shock is terrified of guns
2: Shock hates being called a mutt
3: Shock was born with flat feet
4: Shock is sensitive....VERY sensitive
5: Shock hates yelling
6: Shock loves pizza
7: Shock also loves Musik (who DOESN'T?)
8: Shock has a BIT of a temper. But only if Du make him REALLY mad.
9: Shock still wets the bed
10: Shock hates bounty hunters (the one's who were after him)
11: Shock doesn't believe in killing people at ALL
12: Shock is mentally and emotionally unstable sometimes, but is slowly getting over...
continue reading...
The Misadventures of a Wandering Soul Pt:1
posted by Milesprowerfan
Note: This is my Fan fiction. It said, "Write an Article" so I decided to post a "Space Opera Cereal" where Du can read about my Fan characters. I am a vetren from FanFiction.net, so I know what I'm Schreiben about. Please comment!

The alarms were what caught Lil offguard. She spun around. "Where are we?" She asked no one. The last few hours had been confusing. One moment, she was in their dimension. The next, Myzak, his little sister Enya, and her were runnign for their lives in a Weltraum station of somekind.

"How'd we get here?" She had asked.
"Wormholes." Myzak had replied before they had been...
continue reading... 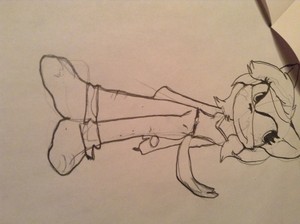 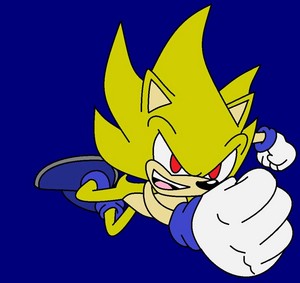 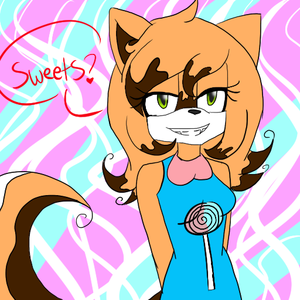 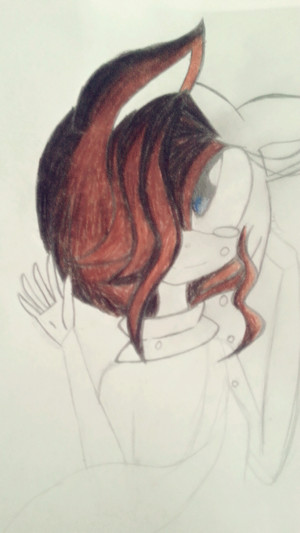 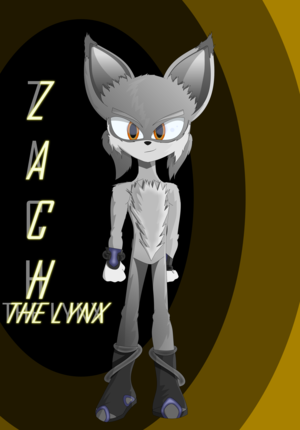 1
Zach the lynx for emeraldcoast55
added by TakTheFox
Source: ME! THE AIR! TEH! ... TEH! 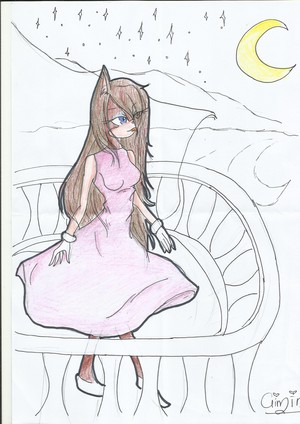 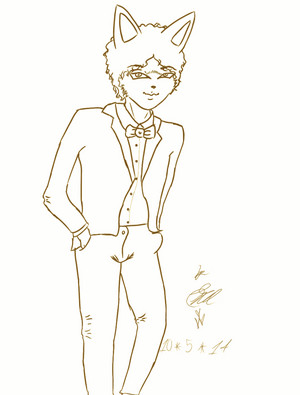 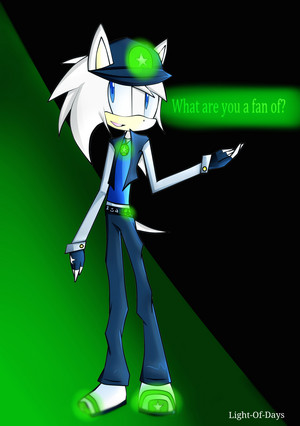 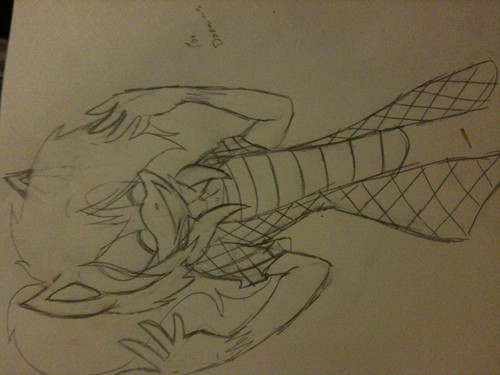 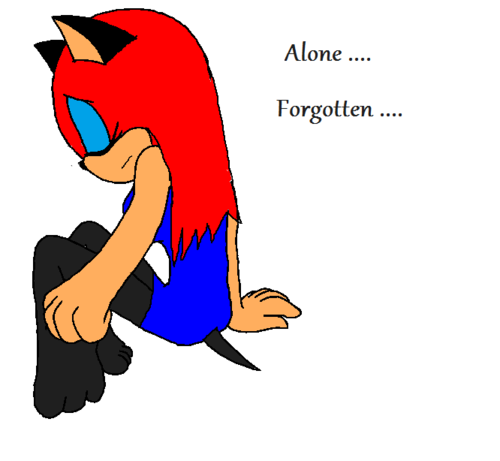 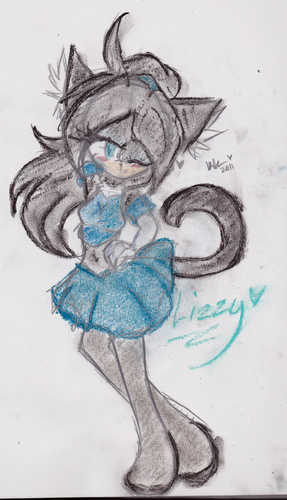 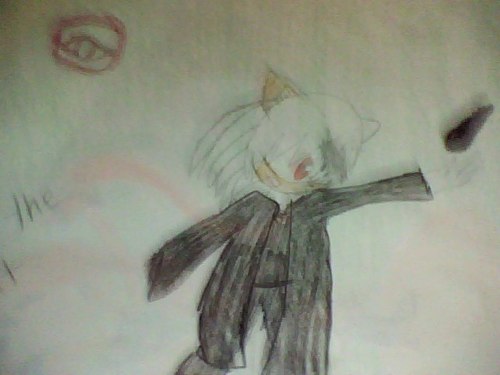 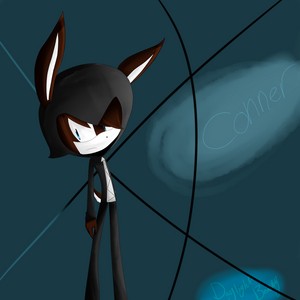