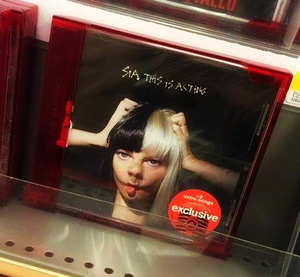 As we all know most of the songs from 'This Is Acting' were rejected Von other artists. This feature makes it a unique and singular album, a grand experiment that Sia decided to face
And like she declared on "Good Morning America": it was something that she wanted to prove, that the songs were good enough to be on an album and be played on the radio.

1. First, let's talk about 'Bird Set Free'. This song was composed Von Sia and Greg Kurstin for the movie Pitch Perfect 2 but it was rejected to give the opportunity to 'Flashlight' Von Jessie J, also co-written Von Sia (with Sam Smith, Christian Guzman...
continue reading...
Some of my Favorit lyrics from Sia's songs.
posted by geocen
Since I'm a huge Fan of Sia's composing skills, I wanted to share this Liste with some of my Favorit lyrics from songs she has written and/or co-written for others.

I also took some time to do all the fanarts with the lyrics included, hope everyone likes them. 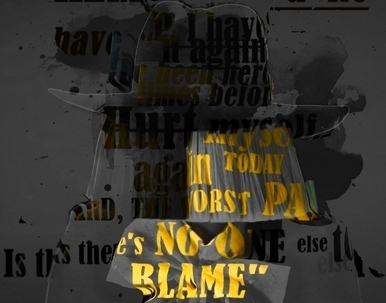 "Help, I have done it again
I have been here many times before
Hurt myself again today
And, the worst part is there's no-one else to blame" -Breathe Me 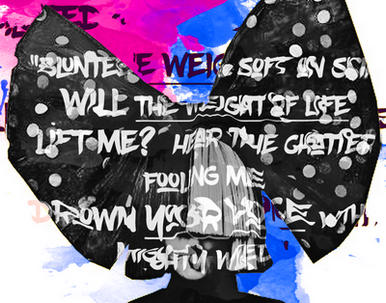 "Blunted thorns are soft on skin
Will the weight of life lift me?
Hear the chatter fooling me
Drown your voice with mighty weed" - Jesus Wept 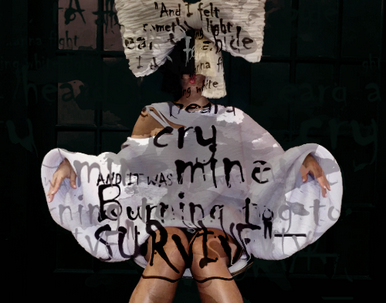 "And I felt something light...
continue reading...
1
☺Shy woman, resonant voice☻ oder Who is Sia?
posted by Soapykitten 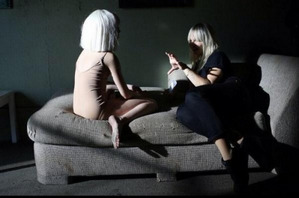 Do Du know the song "We are One (Ole Ola) "? oder "Diamonds"? Sia helped to write the two. Sia Furler is a Musik writer, musician, and an Australian singer. Some of her most beliebt Kürzlich songs are "Chandelier" and "Elastic Heart" from her new album, "1000 forms of Fear" her most beliebt album Von far. Sia also is known for being very humble and shy. I like Sia's Musik because she has a very delicate and pretty voice. She also has a very large range and in concerts is almost always at the correct pitch and harmonizes very well. She has written songs for lots of Filme and other Berühmtheiten and collaborated with many others. In conclusion, I also like her Musik videos, although some are controversial because they are beautiful. Also, I like how Sia writes about problems that she has, for example "Chandelier" describes her drinking problems. In addition, I like how she is so shy and humble and she does not want to be judged Von her face. Finally, I like Sia's Musik very much. 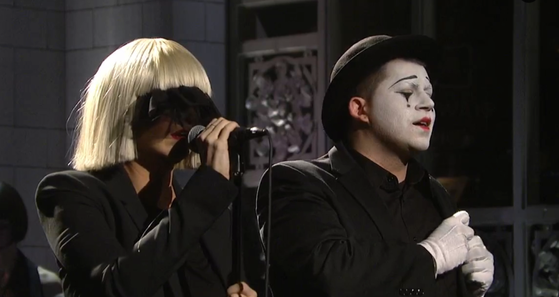 ConcertLive! recording 2010 Copenhagen, Berlin and London gigs
posted by ConcertLive
We’re konzert Live! and we are so excited to announce that Sia has asked us to record three dates of her European leg: Copenhagen, Berlin and London. We will be recording all three gigs live with her on the night. Du will be able to get these brilliant CDs straight after the shows (you can pre-order online) so that Du can listen to the spectacular gig, konzert Du have just been to straight after the last note has been played. At the concerts, Sia will perform a number of songs of her forthcoming album “We Are Born” as well as older tracks. She has designed the entire art work on the CDs and...
continue reading...
Oh Land @ The Charles Bank Gallery
posted by erickelliott 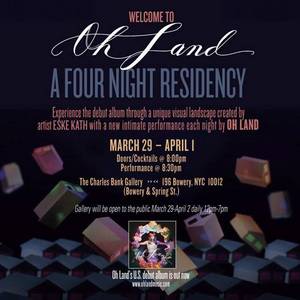 If Du guys haven't heard of Oh Land, she is a phenomenal artist. She reminds me a lot of Sia and Bjork, but she has her own unique style that makes her very different. She is playing at Bowery from March 29 - April 1st. I've seen her perform live numerous times, and it was great.

The stories of her life that she's wrapped in fairytales and fables all swirl around the dreamy landscapes of a land called Oh Land. Bringing her album release full circle, the spritely songstress is embarking on a journey to re-create a world representative of the songs and persona she's become.
More Cards
1234567891011