22
Kevin Carter: The Consequences of Photojournalism
posted by Cinders 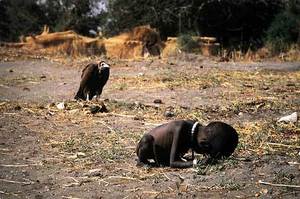 Without the facts surrounding his death, this behavior may seem surprising. But Carter received heaps of criticism for his actions. While in Sudan, near the village of Ayod, Carter found a small, emaciated toddler struggling to make her way to the Essen station. When she stopped to rest, a geier landed nearby with his eyes on the little girl. Carter took twenty Minuten to take the photo, wanting the best shot possible, before chasing the bird away.

The Foto was published in The New York Times in March of 1993, and sparked a wide reaction. People wanted to know what happened the child, and if Carter had assisted her. The Times issued a statement saying that the girl was able to make it to the Essen station, but beyond that no one knows what happened to her. Because of this, Carter was bombarded with Fragen about why he did not help the girl, and only used her to take a photograph. The St. Petersburg Times in Florida sagte this of Carter: "The man adjusting his lens to take just the right frame of her suffering, might just as well be a predator, another geier on the scene." Filmmaker Dan Krauss said, "In his famous picture of the geier stalking the Sudanese girl, I began to see the embodiment of his troubled psyche. I believe Kevin did, too. In the starving child, he saw Africa's suffering; in the preying vulture, he saw his own face." Carter's daughter Megan responded to such comparisons with, "I see my dad as the suffering child. And the rest of the world is the vulture."

However, Carter was working in a time when photojournalists were told not to touch famine victims for fear of spreading disease. Carter estimated that there were twenty people per Stunde dying at the Essen center. The child was not unique. Regardless, Carter often expressed regret that he had not done anything to help the girl, even though there was not much that he could have done, in all actuality. 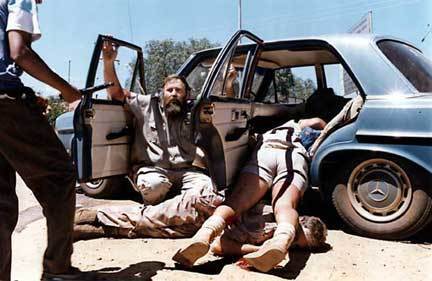 (the AWB) begs for his life shortly before being executed Von a Bophuthatswana policeman after an abortive attempt to Requisiten up the tyrannical regime of the homeland of Bophuthatswana, March, 1994.
Carter is the tragic example of the toll photographing such suffering can take on a person. Along with his famous photograph, Carter has captured such things as a public necklacing execution in 1980s South Africa, along with the violence of the time, including shootouts and other executions. Carter spoke of his thoughts when he took these photographs: "I had to think visually. I am zooming in on a tight shot of the dead guy and a splash of red. Going into his khaki uniform in a pool of blood in the sand. The dead man's face is slightly gray. Du are making a visual here. But inside something is screaming, 'My God.' But it is time to work. Deal with the rest later. If Du can't do it, get out of the game."

Carter's suicide is not a direct result of the Sudanese child, nor the accusations that he staged the scene, oder criticisms that he did not assist her. Carter had spiraled into a depression, to which many things were a factor, his vocation as a photojournalist in 1980s Africa definitely a large part of it. Carter and his Friends Ken Oosterbroek, Greg Marinovich, and Joao Silva longed to expose the brutality of Apartheid to the world. They captured the violence of South Africa so vividly that a Johannesburg magazine Living dubbed them "The Bang-Bang Club." The Titel stuck.

On April 18, 1994, only 6 days after Carter won the Pulitzer, the Bang-Bang Club made their way to Tokowa to photograph an outbreak of violence there. At around noon, Carter returned to the city, and heard later on the radio that Oosterbroek had been killed in the conflict, and that Marinovich had been seriously wounded. It was obvious to his Friends that Carter blamed himself for Oosterbroek's death, and he even confided in his Friends that he felt as though he "should have taken the bullet."

Oosterbroek's death hit Carter hard, and little things in his life began to fall apart. He was constantly haunted Von the atrocities that he had witnessed through the years, and finally, on July 27, 1994, Carter backed his red Nissan truck against a blue gum tree, attached a garden hose to the exhaust pipe, and rolled up the window to his car. He turned on his walkman and rested his head against his backpack until he died of carbon monoxide poisoning.

Carter has become a symbol in the arts. In music, Manic straße Preachers recorded a song about him, with his name as its title. In literature, Mark Z. Danielewski based his character Will Navidson off of Carter, and even described a photograph identical to Carter's Sudanese child in his novel. In theater, the Junction Avenue Theater Company uses the character of Saul to portray the difficulties of being a photographer in Apartheid South Africa in their play Tooth and Nail.

Excerpts from Cater's suicide note read: "I'm really, really sorry. The pain of life overrides the joy to the point that joy does not exist...depressed ... without phone ... money for rent ... money for child support ... money for debts ... money! ... I am haunted Von the vivid memories of killings & corpses & anger & pain ... of starving oder wounded children, of trigger-happy madmen, often police, of killer executioners... I have gone to Mitmachen Ken if I am that lucky." 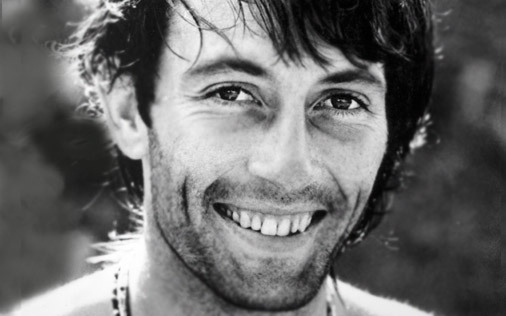 WEBHOSTINGC, wirecutter and 20 others like this
blind_moon Woooooow I always tough that the photojournalists had to have quite a “stomach” to take all of pain and suffering they see… If we think that the photos are already quite hard to take, I can only imagine what is to see it in front of you in regular bases! I had already seen that photo from the Sudanese child but never care to see the author… now that I know I have only to say Rest in Peace to both Kevin Carter and Ken Oosterbroek. And to you Cinder I have only to say, very touching article! Thank You!
WaitForMe So sad, really. But for some reason it doesn't make me want to do it any less =\
ineedcoffee very nice piece.
fly Good article.But kinda feel sad after reading this.He was a great photographer though.Thanks for spreading the knowledge!
africachick Amazing story...I've heard about him since he is from my home country... A truly sad story
heleeeeeeeeeen as a photographical student i've done extensive research into Kevin Carter and he did not chase the bird away at all, he did nothing for photojournalists take a sort of un-written oath not to tamper with nature, the girl got up and carried on walking to the food station, and he didn't stay there for 20 minutes getting the right shot, just so you know...
Conty Eish,vey touching story of our heronical photojournalist..!! May God bless and guide his Soul.. Amen.
joebloh Life is so SAD; If it weren't for our government, which shields our eyes, perhaps more people would help OR commit suicide. :(
Kurohara_Tori He didn't help that poor little toddler. I don't give a crap about him. :(
chuxeon I think photojournalists are strong willed individuals, however they give in to idealism and forget the most practical and important things in life. Using the picture to illustrate the famine was noble but the most noble act would have been to carry that child to the closest relief center however far, leave the child in good hands and then live with a better conscience knowing that he had answered a clarion call in the service of humanity. 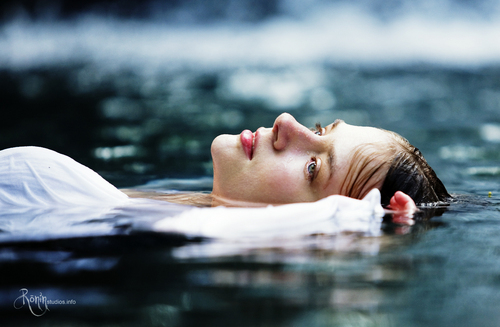 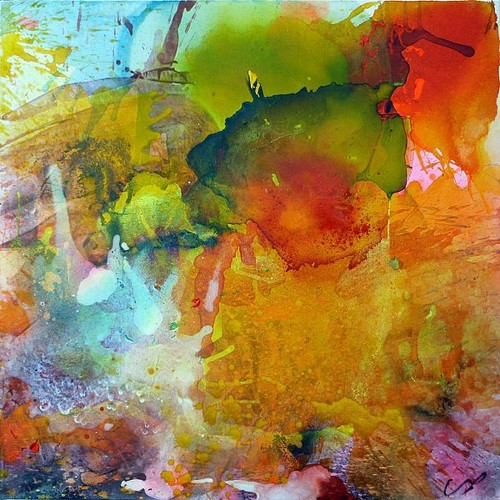 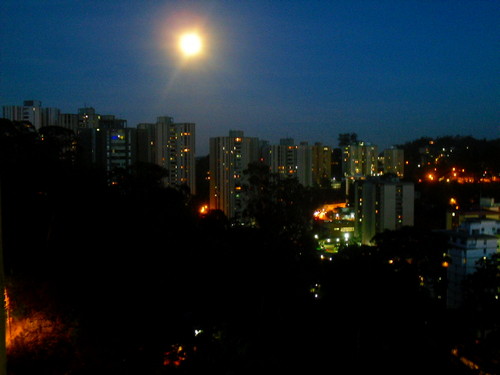 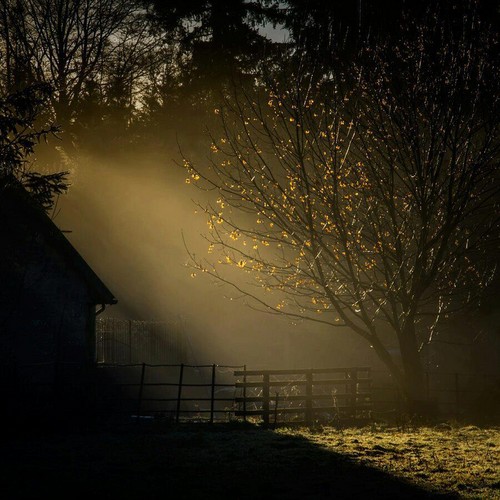 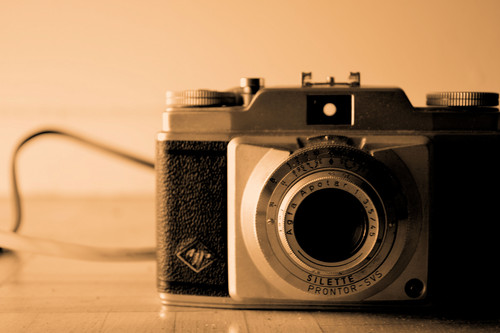 odds and ends
added by whambam89 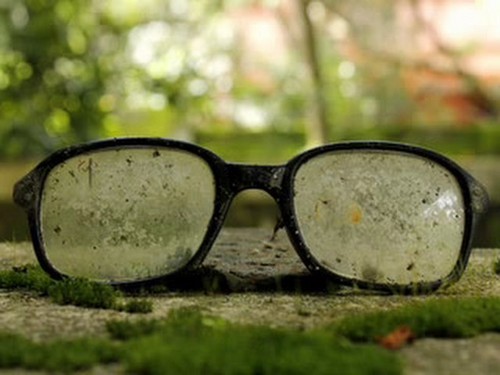 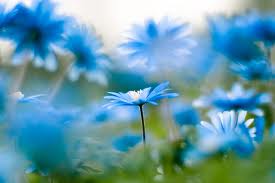 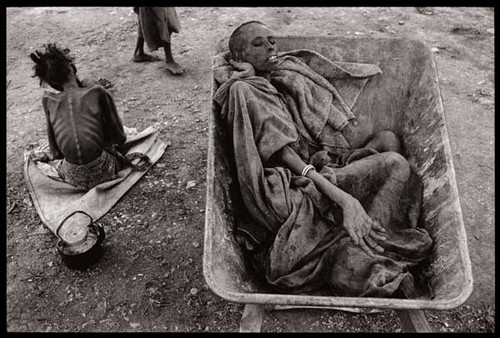 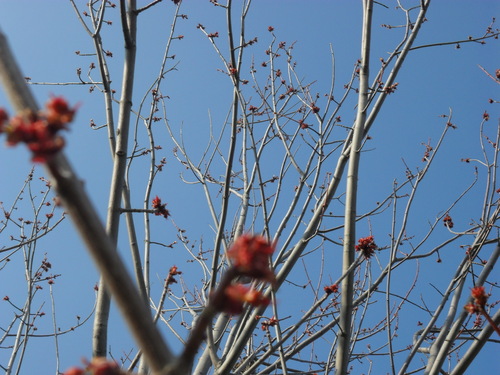 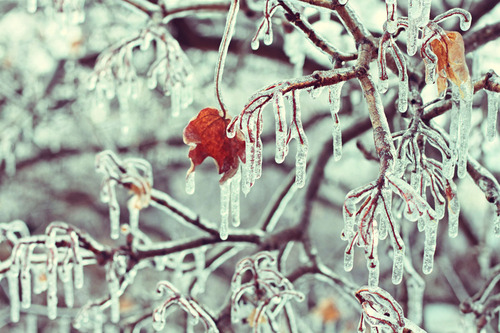 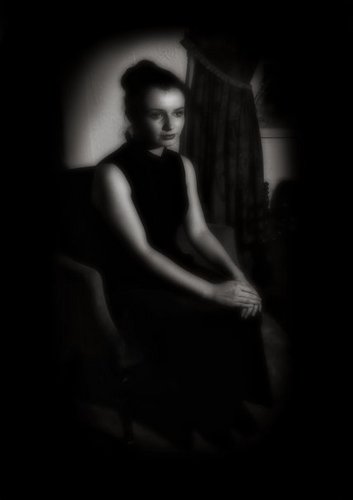 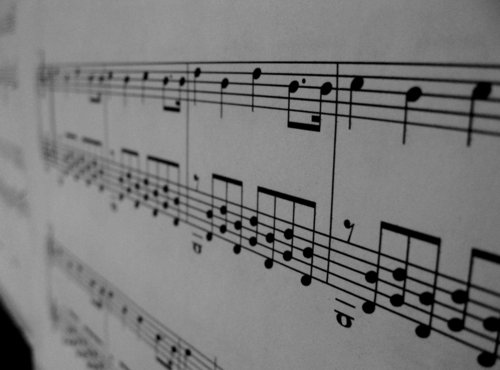 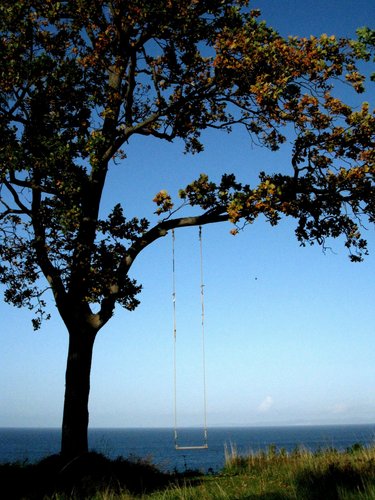 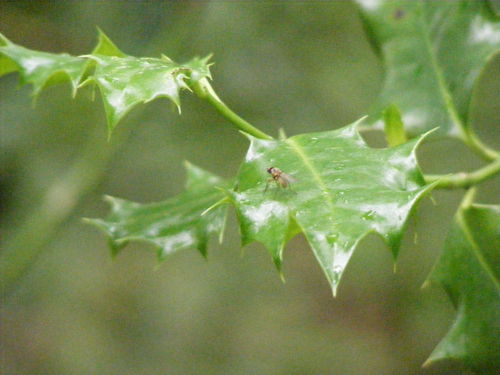 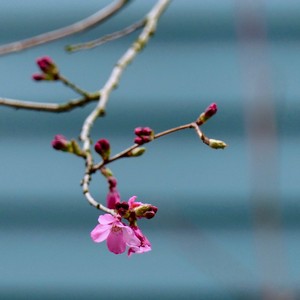 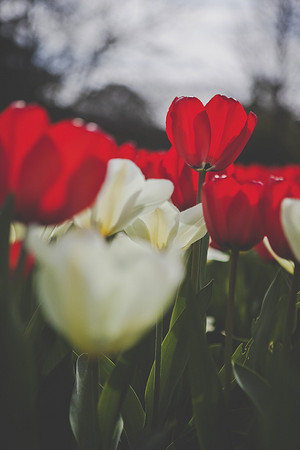 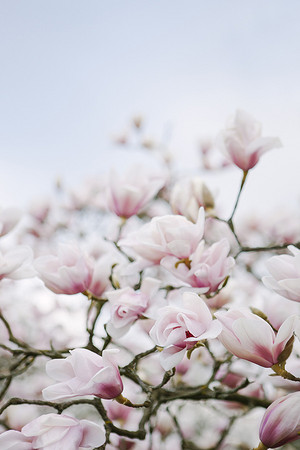 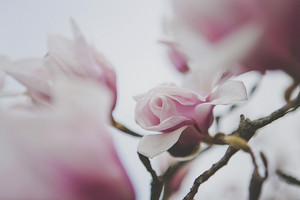