6
'One baum Hill': Creator Mark Schwahn on Season 7's cliffhangers, the last Minute renewal
posted by peytonsawyer009
Last Tuesday (May 18), a Tag after the seventh season finale of "One baum Hill" aired, The CW announced that the series will be back this fall for an eighth year.


Though the show's cast and crew had the luxury of being renewed early over the last couple seasons, that was not the case this time around.

According to Zeigen creator Mark Schwahn, the decision really did come down to the last possible Sekunde and, though Monday's (May 17) finale included some pretty serious cliffhangers, the producers truly didn't know if they would have the opportunity to tie them up.


Schwahn, who says he and his cast and crew couldn't be Mehr giddy and energized about getting that chance, was kind enough to tell Korbi TV the true story of how the 11th Stunde renewal actually went down...


When Clay and Quinn were shot just Sekunden before the finale faded to black, we figured Du knew for sure that the Zeigen was getting another season. Is that not true?
MS: It's such a good Frage and, Du know, I haven't talked to anyone about this -- I don't think I've even done an interview since [last fall] when Du and I talked -- but no, I saw some speculation online about [the show's fate], but I knew five Minuten before Du guys gepostet it.


You're kidding.
MS: I talked to [CW president] Dawn Ostroff [who gave me the good news] and five Minuten later, my phone started blowing up, and I thought, where is this coming from? So I hopped online and saw that [Zap2it] had [written] something and a couple other websites had [as well]. I always expected to find out Tuesday and, yeah, I found out Tuesday morning at like 10:30.


Wow. So, Du really didn't know that the Zeigen was renewed when Du decided to do the cliffhangers. Did Du even have a different version of the finale, minus the gunshots, that Du could've run had Du been canceled?
MS: Yeah, the truth of the matter is, I just gambled. I had two endings. Obviously, when I was Schreiben it, and then when I was directing it a Monat after that, we didn't know. And everyone was up front about that. Dawn was up front. [Warner Bros. president] Peter Roth was up front. Everybody just said, look, we don't know, so go with God, do what you're going to do. So I wrote the cliffhangers, but I constructed it -- and I think it's pretty simple to see -- so that there was a way out [had we gotten canceled].


We actually have a cut [of the episode] where, as they're coming down the hügel during the rodeln, schlittenfahren sequence, we angled on a couple -- I think Chase and Alex were first -- and we went to the Chase and Alex scene, without Mia's text to him. And then we went back to the hügel and we saw the Weiter couple coming down, which was Clay and Quinn, and we went to their scene on the couch, but once she sagte "I Liebe you" and went to bed, we got out. And we went back to the hügel and we showed Nathan and Haley and Jamie and we did their "I'm pregnant" scene and then we finished with Brooke and Julian and Brooke says "you get the sense that everyone's going to live happily ever after" and Julian says "they are" and then we went back to Jamie saying it's a long way up the hügel and Haley says "nah, it's just a hill, come on, we'll climb it together" and we drift up in the sky and that would've been the end of the series.


So, I constructed that. We built it, we mixed it, we locked it. And the network said, look, you've got to make the call. Obviously, the Zeigen is going to air before we can tell Du [if you're getting another season], so what do Du want to do? And about a week beforehand was our deadline for deciding which cut was going to air. I talked to [executive producer] Joe Davola and I talked to Peter Roth and a couple people at the network and, though they couldn't tell me anything, I sort of gauged what I thought our chances were and I felt like we'd come back, so I said, let's go with the cliffhangers. My plan B was that I would've campaigned aggressively, had we not been picked up, for a movie. I think that we have a fanbase that's similar to what "Sex and the City" has, not in size, but in loyalty, so I would've tried to do a movie in a couple years to tie up loose ends.


So it was a gamble, but I'm glad it worked, and to the Fans that feel like I might've played chicken with it, Du know, we've gambled a lot in seven years. And our instincts have been good to us. And our ratings in the core demos that The CW cares about are as good oder better than almost every returning Zeigen that they'd picked up. And they were certainly better than any Zeigen that hadn't been picked up, so I just felt like that would win out. Du know, it didn't have to. If the network had a great development season, they're going to fall in Liebe with their new stuff and they should. But I sort of weighed all those odds and I knew what pilots were out there and I felt like we were making a great case for ourselves. And we got lucky and guessed right.


Yes, Du did. And Du are moving from Monday to Tuesday nights.
MS: Yeah, I have never worried about that stuff. I mean, they've moved our Zeigen five times in eight years. And I always tell them, Du know, it's your network and we'll just make the best Zeigen that we can and smarter people than me will decide where it's supposed to go. I Liebe being [paired] with ["Life Unexpected" creator] Liz [Tigelaar]. Du know, that's another thing that hasn't been sagte publicly. (Laughs) Our Zeigen has been involved in a lot of supposed throwdowns with other shows over the years and it's pretty funny because it doesn't ever really work like that, but it's good drama for Fans of drama. But I actually sat in front of Dawn during development season when I had a couple pilots [in the works] and I told her, Du should leave Liz alone and let her do her thing, she's a good writer and "Life Unexpected" could be someone's Favorit show. There was a moment when I was like, oh, crap, I campaigned for Liz and we might lose our spot [to her]! But I've known Liz over the years. I tried to get her on staff at "One baum Hill" countless times and I'm really proud of the stuff she's doing. I Liebe our night, I Liebe being with ["Life Unexpected"]. I really feel like the shows are totally similar. Du know, we're a little louder than they are in terms of psychos and stuff, but I think it's a great fit. I'm happy to be there and now I can watch Monday Night Football and not miss my show.


No doubt. And your diehard Fans don't have to wonder what would've been had Du been unceremoniously yanked.
MS: Du know, this season is sort of a gift, I think, from a network that understands that people have invested seven years in this Zeigen -- They knew we were going with cliffhangers for the finale -- and I think that that bodes well for them when they ask their audience to invest in their other shows. Because it's a great message to send and it's really smart business. And that was part of my pitch. You've got viewers that have been watching ["OTH"] for a really long time and to leave on cliffhangers is tough. But they got it, they acknowledged that this is a fanbase that has been dedicated and loyal and, Du know, the network gets beaten up for choices it makes sometimes. Well, this is a choice they need to be applauded for.


So, will Season 8 be "One baum Hill"'s schwan song? oder could it keep going past that point? And what does Schwahn have planned for this upcoming eighth year?
clairemig22, jemgrl323 and 4 others like this
Lisiii Wow, thx a lot!!! Really, Mark would've turned OTH into a [i]movie[/i] if it wouldn't have been renewed? Aw, that would've been amazing!!! : D But another season is still as great as a movie ; ) 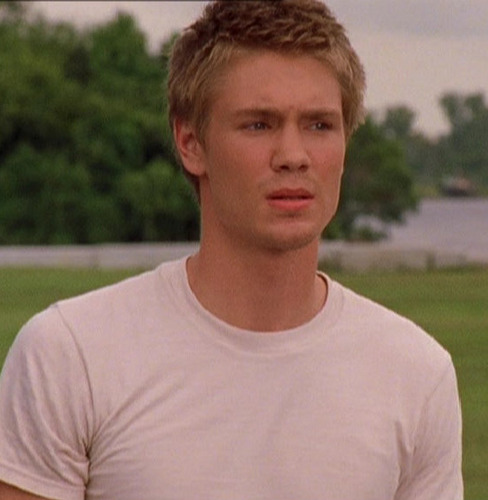 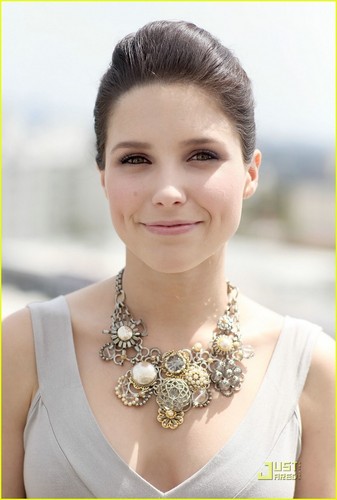 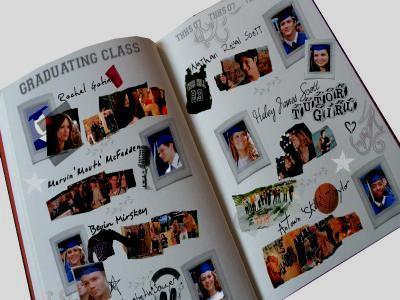 1
One baum hügel
added by mcewen_girl 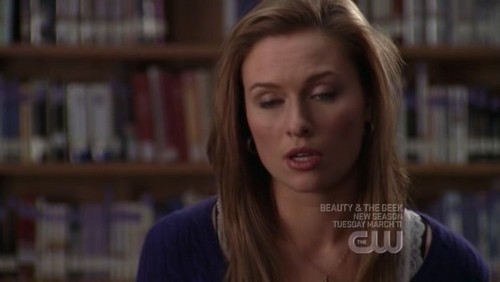 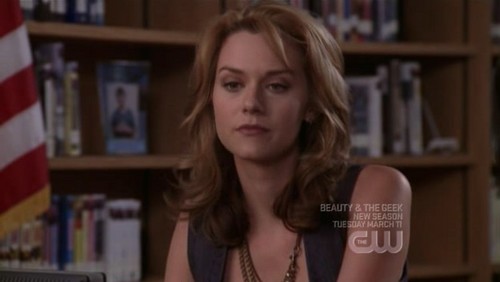 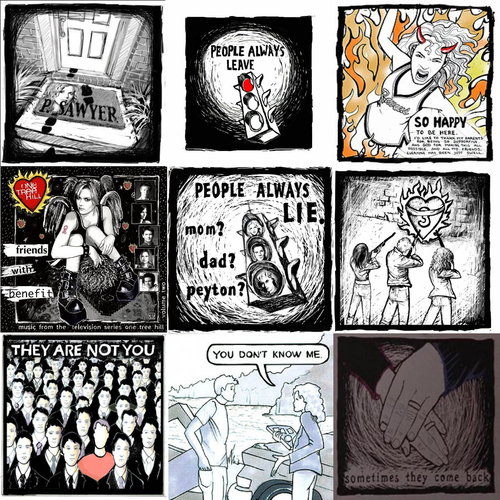 Tree hügel is a small town in North Carolina, Home to the famous High School basketball team "The baum hügel Ravens" and two half-brothers Lucas Scott (played Von Chad Michael Murray) and Nathan Scott (played Von James Lafferty). The two brothers have grown up in the same town, but have had little oder no contact with each other due to the influence of their mutual father, Dan Scott (Paul Johansson).

Dan dated Lucas' mother Karen Roe (Moira Kelly) in High School but left her and his unborn child (Lucas) behind...
continue reading...
10
season 2 recap
posted by james_lover
The Sekunde season consisted of 23 episodes and ran from September 21, 2004 to May 24, 2005.

After Lucas and Keith learn of Dan's herz attack, they return to baum hügel and Dan decides he wants to get to know Lucas. Lucas cautiously enters into a relationship with his father. After Dan learns that Lucas has inherited his hypertrophic cardiomyopathy (HCM), the genetic defect which caused Dan's own herz attack, he convinces Lucas to Bewegen in with him and pays for his medication, keeping his condition a secret. Dan also agrees to stay away from Keith and his girlfriend Jules (guest star, Maria Menounos)...
continue reading...
37
Naley Zitate
posted by Leightonfan
Haley: Du can work your whole "I'm Nathan Scott, Mr. Big Shot, scoring my touchdowns" on somebody else because-
Nathan: I don't even play football.
Haley: Whatever. The point is at the end of the Tag all your bluster and BS don't mean anything to Math. 'Cause Math don't care and neither do I.
Nathan: Well does English care? 'Cause I really suck at that too.

Haley: I'm really fine.
Nathan: Little high on yourself aren't you? Going around saying you're all fine?

Nathan: What are you, my tutor oder my shrink?
Haley: Whatever Du need.

Nathan: You're the most...
continue reading...
12
season 5 recap
posted by james_lover
Four and a half years have passed since High School graduation. Lucas is now coaching the Ravens with the assistance of Skills and is in a relationship with his book editor, Lindsey Strauss (guest star, Michaela Mc Manus), who urges him to write a Sekunde novel that will match the success of his first. Nathan and Haley are raising their son Jamie (Jackson Brundage) in baum Hill, where an accident four months previously left Nathan near-paralyzed and his basketball dreams diminished. Haley is a teacher at baum hügel High while Mouth is an unemployed sportscaster looking for work. Brooke is undoubtedly...
continue reading... 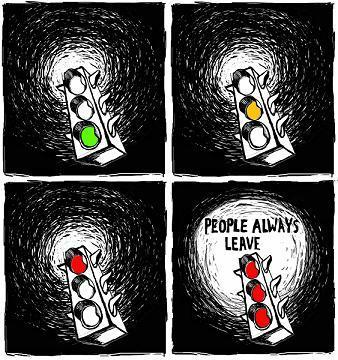 As the end of High School approaches, everyone finds themselves at a crossroads in their lives. Nathan survives the accident and after some initial confusion, Haley is revealed to be pregnant while Rachel turns her attentions to Nathan after Cooper leaves town, using Nathan's theory that it was really Keith who saved him from the accident to get Nathan's attention. Rachel backs off when she learns that Haley is pregnant and Nathan later learns that he had a vision of Keith and it was this vision that...
continue reading...

24
Unaired Pilot Clip With Regan
added by dermer4ever
This is a clip with Regan instead of Haley as Luke's Best Friend.
video
One Tree Hill
lucas
regan
unaired pilot
karen 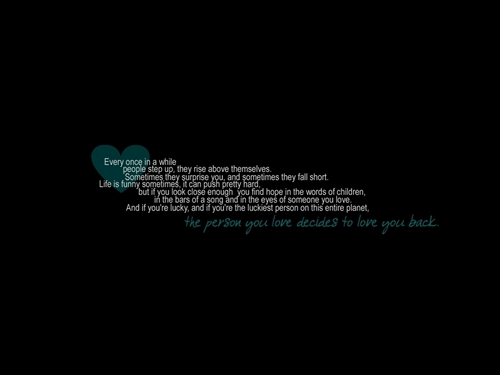 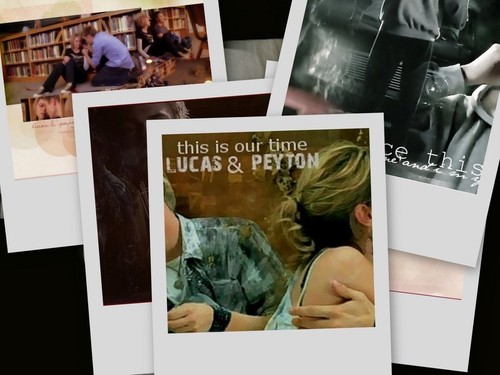 9
Leyton
added by laley_lover
Source: me 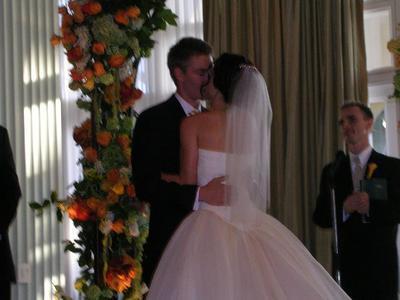