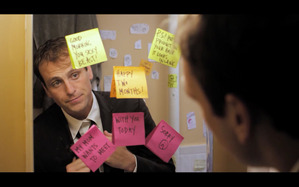 Christopher Bayon in 'BRUCE'
A fresh creative force has recently emerged in New York City and his name is link. As an actor, writer and producer, Chris is out to bring his brand of entertainment to the screen and stage.

Chris recently premiered the comedy feature film BRUCE at the NYC Independent Film Festival, right after giving a sneak-peek Vorschau of the new Jazz stage musical FOR WHAT IT’S WORTH.

In between, Chris Bayon took time to answer a few questions.

Tell us about your new comedy film BRUCE.

CHRIS: Bruce is a lot of fun. It centers around making life Mehr enjoyable Von doing things Du love. There are a ton of funny...
continue reading...
1
We're not in Kansas Anymore-- (NY Fictional Story)
posted by gossip-girl999
A/N: This was just a task I had for homework write a short story less than 2 pages of your choice so I thought I'd post it here cos it's about a girl who has to Bewegen from her hometown, Kansas to New York City. See what everyone thought. Thanks for reading. xoxo

We're not in Kansas anymore

It's any teenagers dream to up sticks from a dreary country town and Bewegen into the hustle and bustle of the city but for Alyssa that was the dream she wished to come true but it just made her appreciate the saying be careful what Du wish for even more.
The rain was falling down on the City. The streets...
continue reading...
Travel Tips - New York City
posted by jianjames
Want to go to travel in New York? Are Du tired of hearing the same old story about their leaders? It is the idea of having a completely new look of the city through the appropriate New York Tours excite you? Well, if the answer to all these is a resounding yes, then Du can be sure to find useful tips and information on some of the main attractions that Du can never afford to lose.

Before choosing a trip, Du must first have an idea I had all these stories so boring and common, and guides. Want Mehr dedication and interest of your provider and why not? Then make sure that Du want to go and...
continue reading...
STOP TPP! COME ON! SIGN AND SPREAD THE WORD!
posted by MisterH
Copied and edited from: link

THIS IS VERY URGENT AND NOT A JOKE! ALSO DON'T GOOF OFF!!!! 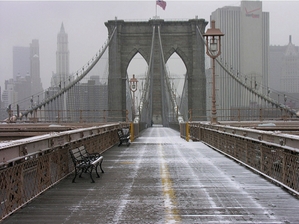 The Tag I wrote this was the Tag I wrote in on paper first while on the Brooklyn Bridge here in New York City.(photo to the right =)) Heh..the came back to the HQ and decided to Veröffentlichen it.. Please enjoy..=)


....Smack dab sitting between two cities of fame and fortune..
Look up, a sky fulfilled with a cool, crisp breeze whistling through my feathers...
The feeling of lifeless water drops lightly upon my beak,
With clear trails left behind as they seem to disappear within my chest feathers.
Sitting upon a steel bench watching the souls full of life walking past me..
Receiving stares and glares as...
continue reading...
More Cards
1234567891011