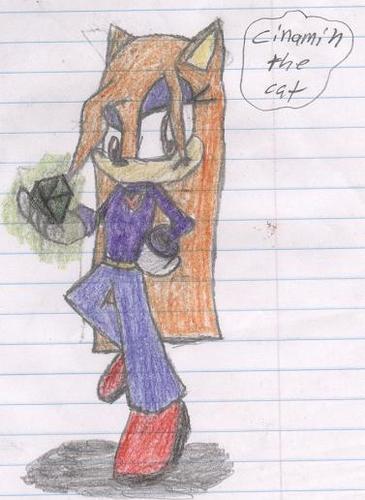 1
Cinamin the cat
added by Knux1
Sandy the cat and Silver the hedgehog Part 1
posted by zelda4559
As I walk in the town I see someone crying. "hello
what's wrong" "nothing"says the hedgehog "yes there is something wrong" "ok, my best friend is gone" "that's sad what's your name" I say "silver"
"what happen" "she...." "come with me silver, I can Zeigen Du a place that will make Du happy" I walk silver to a fountin on the outskirts of town. "Here it is" "wow" silver says "I always come here when I'm sad" I say "where's you're family" "I don't have much of one, there's my sister ruby the hedgehog" I say "At least that's someone" silver says "I kinda like you" "I have no girlfriend"silver says "Are Du asking me to be your girlfriend, then yes" I say. The Weiter Tag I see amy and tell her about what silver said. "Really, awsome for you"says amy "What about Du and sonic" "I don't know if I can chase him any more" " Well see Du around, I'm going to meet ruby" "bye, sandy"
Osaka Miyamho
posted by frylock243
name: Osaka Miyamho
age: 10
Gender: female
race: white fox
DARK, HERO, NEUTRAL: mostly hero

special power: she throws oder whacks thing REALLY hard with her tail, oder uses a big hammer
flight, speed oder power: power and flight. she can very skillfully fly with one tail, oder use it to hit oder to throw things against a Wand

Dislikes: football, Sonic the Hedgehog, when Shadow beats up all of the enemies.

background story (I'm not the best at story telling, so please no insults....
continue reading...
5
4 REASONS WHY SELF DRAWN CHARECTORS ARE BETTER THAN RECOLORS
posted by AUSHEDGEHOG
1.Most people do horibble at recolors Im not stating names.2.Recolors are well just plain sad.3.It takes skill to draw a Self draw charector it takes a computer and recolor input to make a Recolor charector.4.If everyone Recolors charector people like me dont get.Ok now 90% of this club hates me.(Giggle).And I dont care.I'm just stating the truth almost all of the sonic charectors I can draw I learned how to draw myself.Oh yeah and people stop making Clubs for your Fan charectors please thats kinda self-centered.Well thats it I hope this artical got Du trying to draw your own Fan charectors not recolor them.Thankyou
Sky the Hedgehog
posted by ShadowsGirl

This is my Fan character Sky the hedgehog.


History:
Was once human. Was turned into hedgehog Von machine. (This information is shown in Shadow and Sky: The happy ending. In the Shadow the hedgehog spot) Saved Von Shadow. Shadow and Sky began a relationship. Even thought not married, the live together. 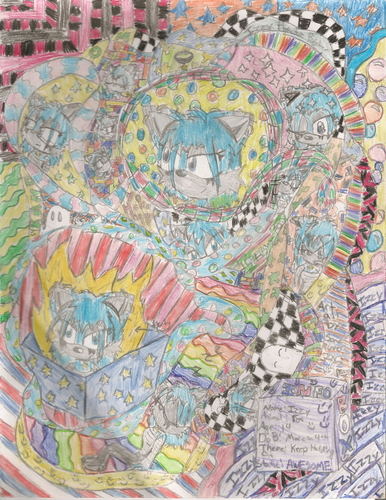 Izzy poster
added by Sonicluver2282
Source: me and sega 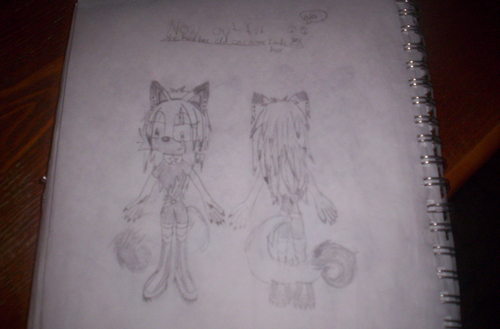 Izzy
added by Sonicluver2282
Source: mine its all mine
About Frost the Froslass
posted by f-t-f101 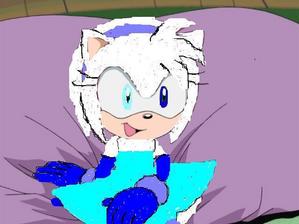 Dislikes:Fire,being left out and evil people

Ablities:Using ice and ghost based moves
Boyfriend:Sonic the hedgehog (Her real boyfriend is a Fan character called Rai)