Pom Poko tells the story of a group of Tanukis struggling to live in a world of human urban advancements. It's so interesting to see how different groups of Tanukis react to the problem. Some attack and scare humans, some shape-shift into humans and become part of our soceity, and some just commit suicide. It's a very tragic movie, but the Animation and basically everything else is stellar.

The Wind Rises is about Jiro Horikoshi, the engineer who created the Mitsubishi A6M Zero. This movie was quite controversial when it came out. But either way, I Liebe the way they portray Jiro Horikoshi, he's a man who looks up to great inventors (he even meets them in his dreams) and strives to reach the top.

Kiki's Delivery Service is about a young witch named Kiki who is training to be a witch. He gets a job at a bakery (she delivers bread) and gets a crush on a nerdy boy named Tombo, who wants to fly. The scenery in this movie and the idea of witches being good really do appeal to me.

This movie is depressing, but really good! This movie is about a brother and sister (named Seita and Setsuko) living in Japan during WWII. They decide to live on there own after their mother dies during a bombing raid. They also learn that there father died on a Japanese Aircraft Carrier. They also learn that Japan has surrendered to the Americans, which devastates the two. Setsuko dies of malnutrition and starvation, and Seita dies a few days later. This movie is what shaped my Ansichten on war, and it's also the reason why I don't support most wars.

This movie is about Ashitaka, a prince who is exiled after being attacked Von a Demon Boar, and getting cursed Von it. Ashitaka wanders and meets Jiko-bo, a wandering monk, and then stumbles into a place called Iron Town, run Von a kind but strict woman named Lady Eboshi. However, because they are expanding into the forest, the nature gods are fighting back. Most prominently is Moro, the wolf goddess, and her adopted human daughter San, the Princess Mononoke. Lady Eboshi wants to kill the Shishigami so that she can give the head (which if Du eat, Du will gain eternal youth, supposedly) to the Emperor, so they can be independent from Japan and the shoguns who are attacking Iron Town.

This movie is awesome! It's the perfect Environmental movie, as it doesn't have a black and white morality (cough, cough, Avatar and Captain Planet, cough cough), but uses a grey and grey morality. Du can understand the viewpoint of every side. Also, they could have easily made Lady Ebosi the villain, but they don't. She just wants to protect Iron Town and everyone who lives there. I can gush about this movie for hours but Du should see it yourself. Also, here's the theme for the movie:

So I ask, what are your Favorit Studio Ghibli movies? Leave yours in the Kommentar section below! This is Blondlionezel, signing out.
Windwakerguy430 likes this
Windwakerguy430 No My Neighbor, Totoro? What sort of blasphemy is this!? Just kidding, of course. Great list
BlondLionEzel Thanks :) This is my opinion, but My Neighbor Totoro is kind of overrated. 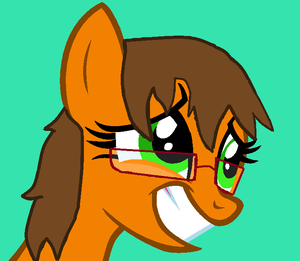 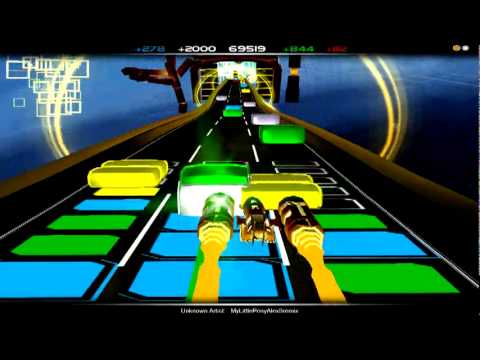 Saten Twist - Alex Trebek (He wears a white wig, and his cutie mark has been changed to a game Zeigen wheel.)
Sean the hedgehog as himself (He's a famous war hero.)
Rainbow Dash as herself
and special guest star, Nocturnal Mirage as Tom Selleck 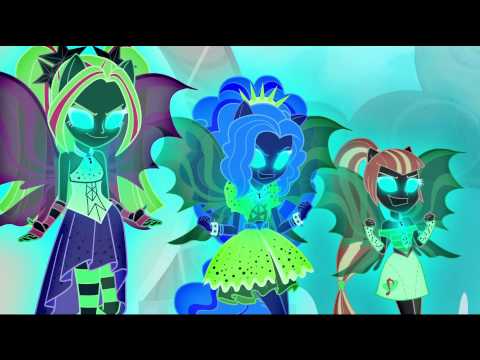 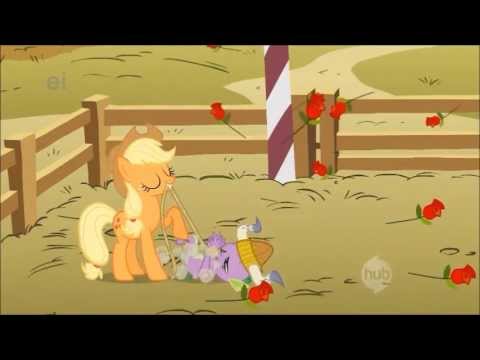 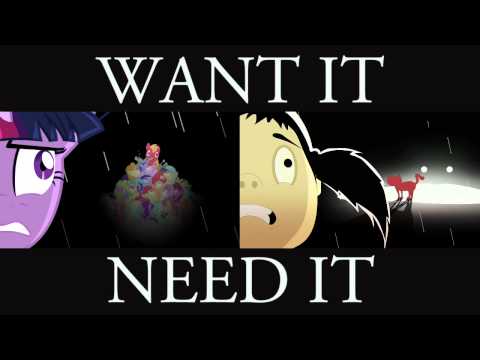 Want It, Need It / Hold Me Comparison
added by karinabrony
video
1
Double Scoop and Electric Vibe
posted by AquaMarine6663 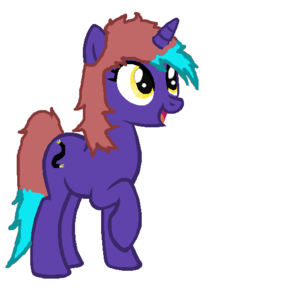 Double Scoop pulled up Von the park. It was overwhelmingly hot out, but it was nice and cool inside the ice cream truck. He saw a group of fillies and colts dashing towards the ice cream truck, eager for ice cream. Suddenly, the shout of an enraged mare filled the air. “Piano Key! Violin Bow! Get away from there, he could be a fohlen molester!” two fillies dropped away from the crowd, frightened and ran towards the superstitious mare, along with five others, who also looked frightened oder uncertain. Only a mare and a filly that were probably sisters still sauntered towards the truck. “Hi,...
continue reading... 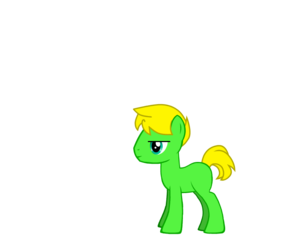 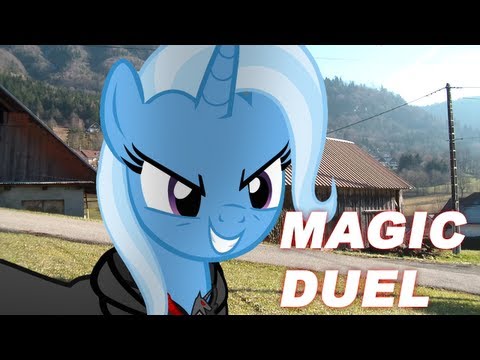 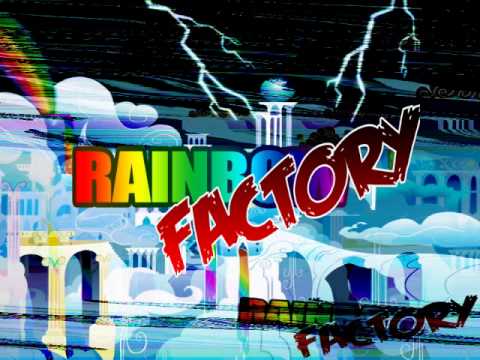 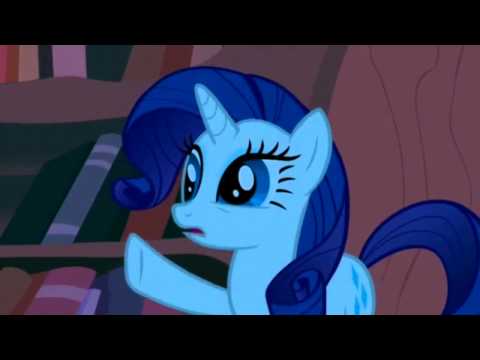 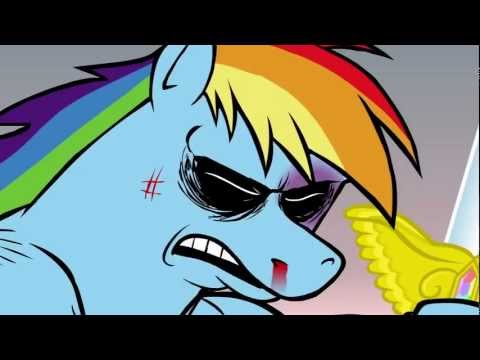 Swag
added by Seanthehedgehog
I'm saying it now, and I can't stop because of this video!!
video
my
magic
friendship
my little pony
My Little Pony - Freundschaft ist Magie 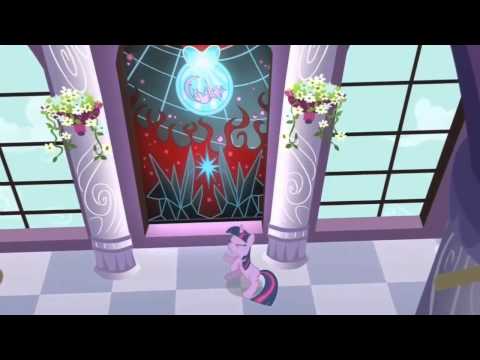 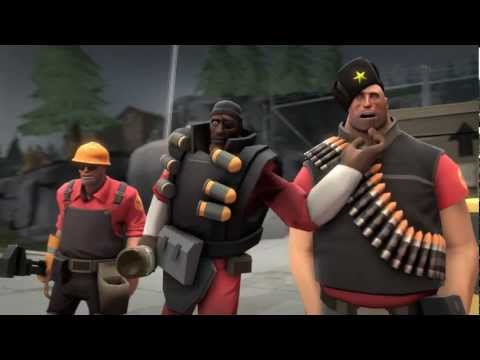 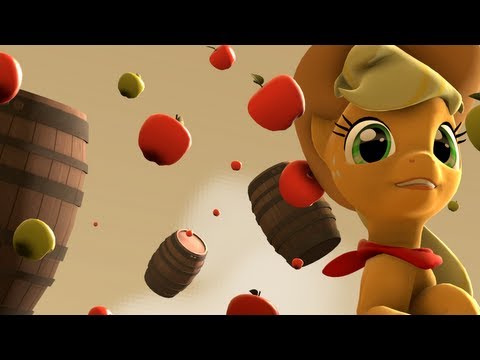