2
The 411 on Mischa Barton
posted by tooch 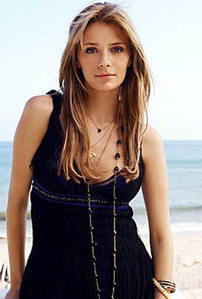 Mischa Barton's main claim to fame may be starring in the teen drama Zeigen The OC, but don't think for a Minute she isn't a serious actress. In her 23 years, the London born, New York raised star, sterne has had the training and career most actors only dream about.

Mischa comes from humble beginnings, starting out in New York theatre in 1994 where she trained with some of the countries most esteemed writers and directors. From stage to screen Mischa then went on to work alongside some of the biggest actors of the time including...
continue reading...
2
Mischa Zitate
posted by mollyx365

Mischa: I'm not one of these people really into the latest fetishes like yoga oder the Kabbalah. I can't imagine anything worse than wearing a trendy red bracelet around my arm and running around saying, 'I'm at peace with myself.'

Mischa: I do intelligent roles. I don't want to be labeled as doing silly movies. I'm Mehr mature than kids my age because I'm constantly surrounded Von adults.

Mischa: I Liebe to draw people's faces. I do that all the time.