4
Similarities between Michael and Disney characters
posted by 1012jackson 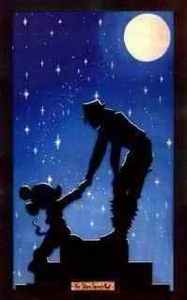 
Michael Du are like:
Aschenputtel oder cinderella's prince: you're the only one who would catch my eye at the ball. The only one who I would want to dance with at the ball. A dream really is a wish my herz makes when I'm asleep. I dream of me and Du dancing gracefully on the dance floor at the ball. It's so real to me. When I dance with Du (in my heart, that is) I say (or sing) to myself, "so this is love" and it is. It is love. Please, Michael. When the clock strikes 12:00, please don't leave! Please stay here! oder if it was me that has to leave when the clock strikes 12:00, I don't care when spell is broken and everything would be as it was before. I don't want to leave your side ever. That way, Du wouldn't have to waste your time having every maiden try on the glass slipper just to find me. Whenever I hear a nightingale sing, I think of Du singing. Oh my goodness! Shut up, drizzila! X0


Michael, Du are like:
Snow White oder snow white's prince: hair black as ebony, lips red as the rose, skin...um...ok I'll say flawless as a diamond. Du are the fairest in all the land. So kind and gental, Du never give up on your dreams, Du never even give up on the people Du Liebe such as us. Your fans, your family, your friends, and the innocent. Your Singen attracts us (your fans) just like Snow White's Singen attracts the Tiere in the forest. Dead but still beautiful as a landscape. I would do anything to resurrect Du from the sleeping death. Especially one kiss. If one of us had to die from the poison apfel, apple (the pills that killed you), let it be me instead of you. I would eat it just to save Du from the queen's (Conrad Murray) evil scheme.

Michael, Du are like:
Sleeping beauty oder prince Phillip: even though we've never met personally, we still met. We've met in a dream. I know exactly who Du are anyway. I walked with Du once opon a dream. I know I'm not suppose to speak to strangers but you're no stranger to me. We know each other. I see Du every time I'm asleep. Speaking of sleep, whenever I see Du asleep, Du look so darling, so dear, and just so beautiful. It doesn't matter which one of us is the one who is asleep. As long as there is a KISS to awaken one of us up.

Michael, Du are like:
Belle: doesn't "belle" mean "beauty" in French? I'm not sure. That's what I heard. Because if that's true, that just what Du are. Beauty. Sometimes, I feel like a beast. But really I'm just misunderstood is all. But Du don't see me as a beast, do you? I reckon Du don't. Du see me as a normal kind girl, don't you?
Can I be your guest? oder why don't Du be my guest? No. I wanna be your guest. I bet just about every mj Fan wants to be your guest. I'd Liebe to.

Michael, Du are like:
jasmin oder Aladdin: whenever I listen to your music, I feel like I really am in a whole new world. A dazzling place I never knew. Du have opened my eyes. Shown me wonder Von wonder. All the side ways and under through an endless diamond skies. A whole new new world. That's exactly where I am whenever I listen to your music. A wonderess peaceful place. Du give me a joyess magical feeling.

Michael, Du are like:
Pocahontas oder John smith: Du Liebe nature just like I do. Du Liebe one another wether there black oder white oder even Indian. You're not racist at all. I know your true color. Your true race and that's African American. Vitiligo doesn't count. Just because your skin became white doesn't mean Du became caucasion American. Black skin oder white skin, you're still beautiful either way. Du married a white woman. Well, two white women. That's shows non-racism. I'm half black and half Indian. I'm not a savage and Du don't see me as a savage, do you? Du see me as a creation of God, don't you? Of course Du do.

Michael, Du ARE my absolute favorite:
Captain EO: (back to reality) Du see, I rarely know much about the story of captain EO. I've only seen it twice so I'm just gonna use my own words, ok? I don't know if it's going to be kinda sorta wrong. And I know it's not going to be much said. If so, my bad. And nobody has to explain it to me.(Back to fantasy) when Du was here, Du did change the world. So brave, had so much courage. Du are the power. The music. My hero. Everything. And so handsome. I Liebe Du in that movie. The outfit, the era, everything about Du as captain EO. I can't stop looking at pictures of Du as EO. I just can't. And don't nobody try to make me!

Michael, Du are like:
Peter Pan: you're always so childish just like me. Du never grow up like I don't ever grow up. Du always want to stay young just like me. Du sagte so yourself, "I am Peter Pan in my heart" remember? You're always like Peter Pan. With Janet as Glöckchen Von your side. Funny, isn't it? Du have no idea how very much I want to go to neverland. I would Liebe to go there Mehr than anything.

Michael, Du are like:
Woody: woody may be a toy but he has feelings. You're like him because you're always Von my side. Just like he's always Von Andy's side. You're my Favorit idol. Just he's Andy's Favorit toy. Just like woody and buzz are best friends, Du and me are best friends, right? You're like the best friend I've never had. You've got a friend in me and I have friend in you. It's a very good thing I have a Michael Jackson doll. That is MY Favorit toy. When Andy went off to college, he was gonna take woody with him but that didn't happen after all. I'm in college, too and whatever mj possession I have with me, I would defenintly take it with me. I would take it with me where ever I go I would never give it up.

Michael, Du are like:
Sully: sully is a monster. Yes. But he has a heart. He took good care of boo. A little girl. He protect boo from Randell and stopped at nothing to get her back Home to her door. You're not a monster. Du are always there for children. Visited them in hospitals, invited them to neverland, charity, am I missing anything? Kids Liebe you. Just like we do. Du are somebody who kids can look up to and trust. A Good roll model. I would have nothing if I didn't have you. Here's alittle messege referring to Conrad Murray. Those pills, put those things back where they came from oder so help us!!!!! >:(

Michael, Du are like:
Goofy: so goofy, so funny. Just so hilarious. Just trying to have fun. Du always make us laugh at the things Du say oder do. Du have a great sence of humor. Du turn my crying into laughing. Did that even make sense???? I'm i bit like goofy, too. Don't believe me? Ask my sisters oder my mom. They know. Another thing me and Du have in common. We're both like goofy.


Which of these Disney characters is Michael Mehr like to you? Is there any other Disney character that he's like to Du that I missed? Who is it and why? Tell me on the comments. And tell me how Du liked it. : ) 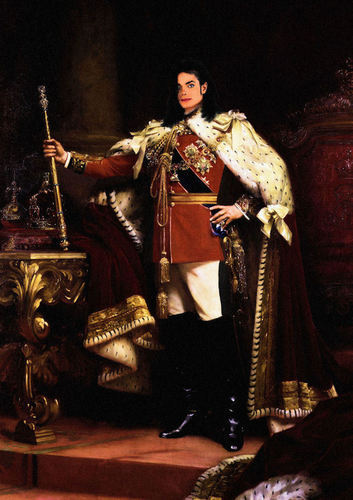 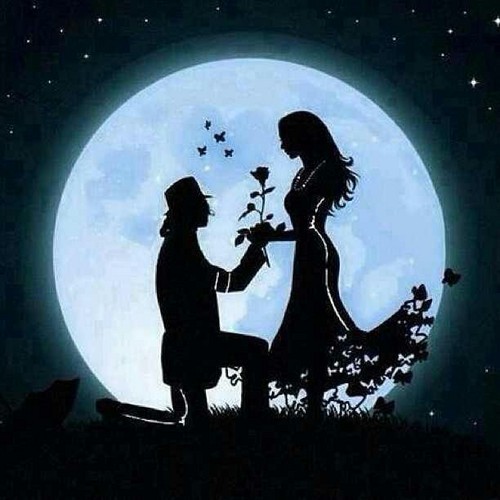 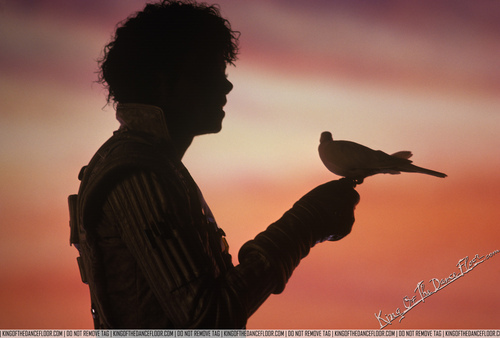 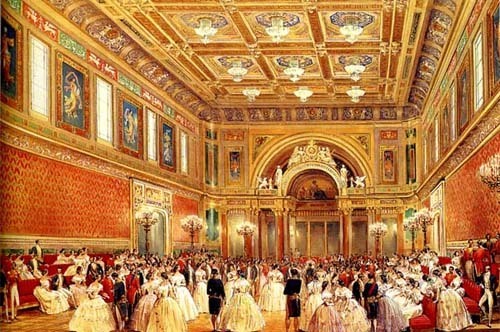 At the ball with you 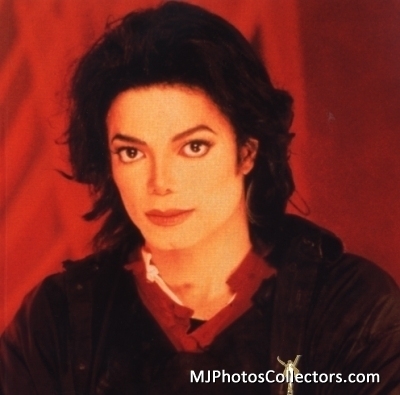 Hair black as ebony, lips red as the rose, skin flawless as a diamond. The fairest of them all. 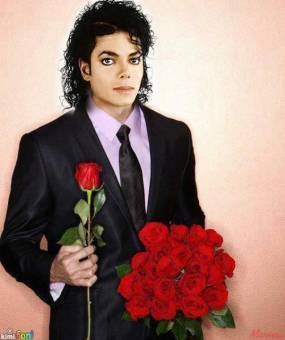 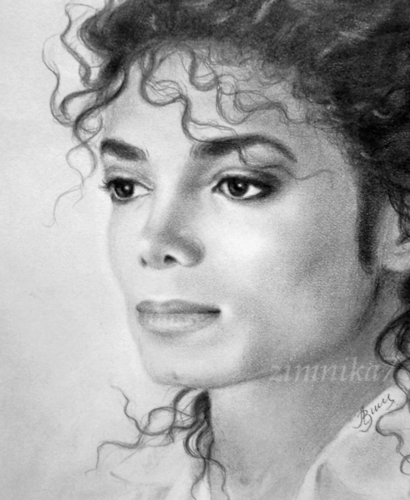 Fairest of them all. 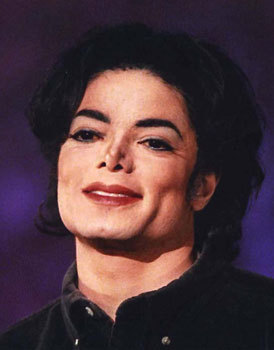 With a song and a smile. 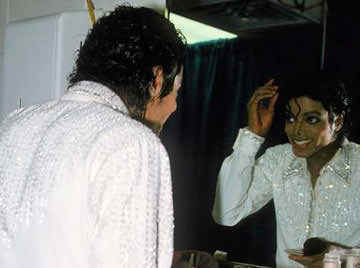 Mirror mirror on the wall, who is the fairest of them all? I think we all know the answer to that question. ^ 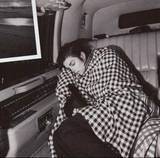 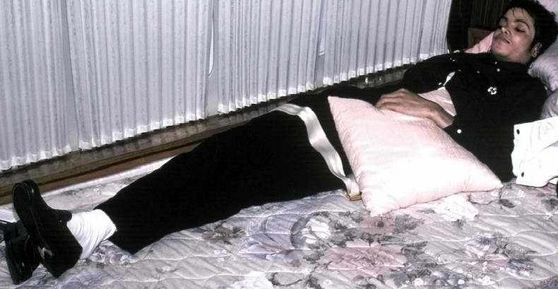 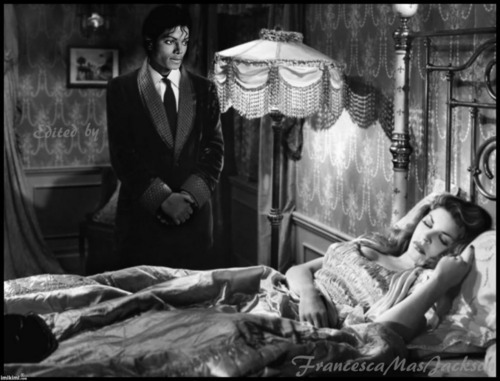 My prince standing by my bed side 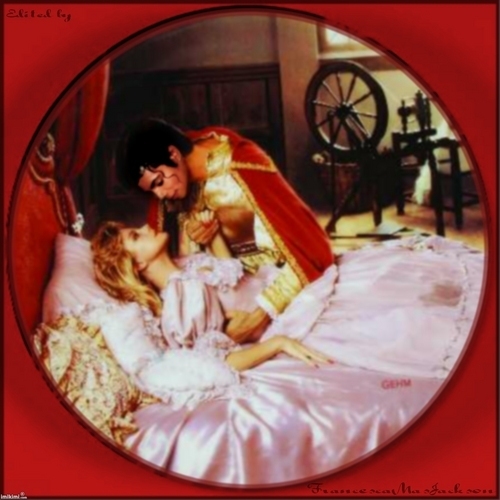 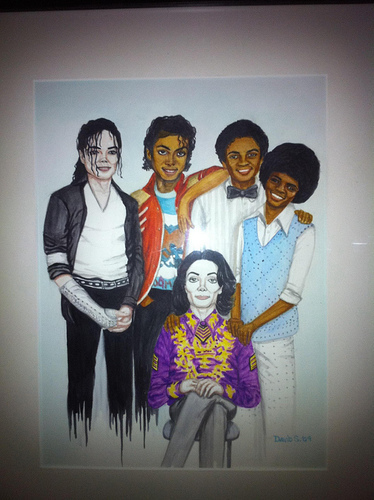 Black skin or white skin. It does not matter what skin color you just so happen to have. As long as you still have a heart full of love. 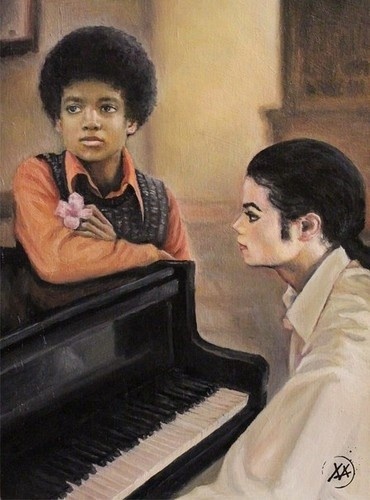 Black or white. Younger or older. Still beautiful in any way in nothing's ever gonna change that. 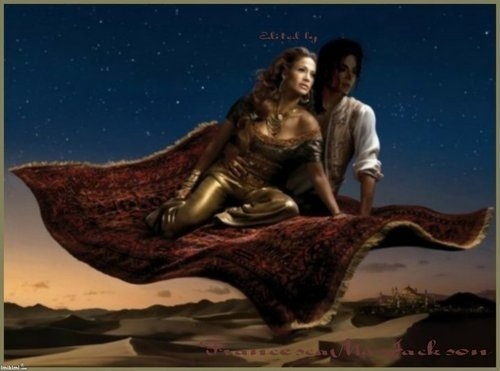 Listening to your music is like flying on a magic carpet ride. I'm in a whole new world whenever I listen to you. 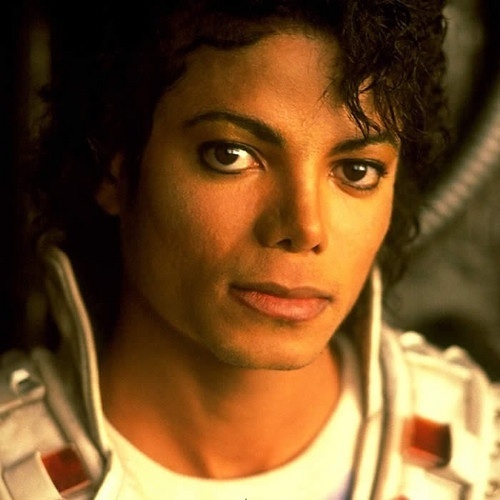 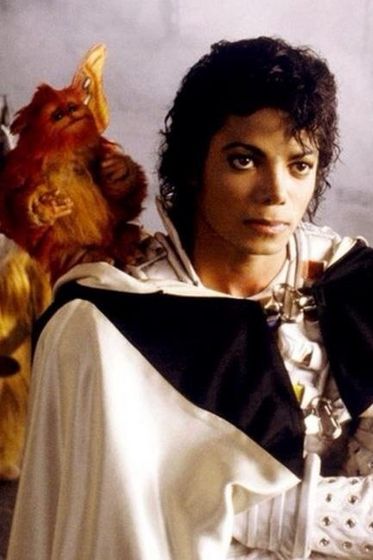 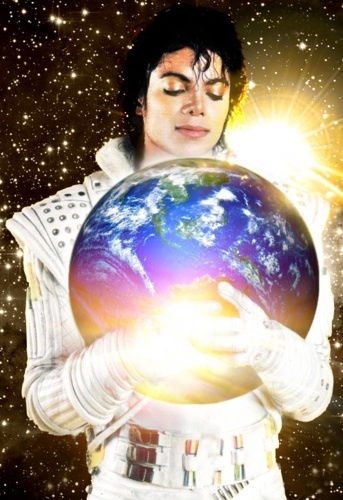 Here to change the world. 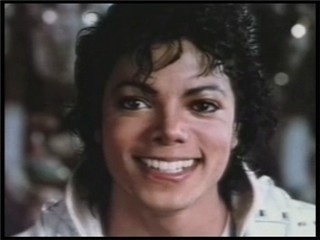 What an amazing smile! ^_^
MJisLove4life, M_Annie_J and 2 others like this
xInfiniteDivine Awww I love this so much !
80smusiclover1 What a great article, I like it. :) 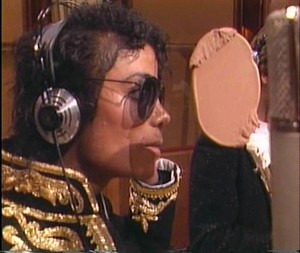 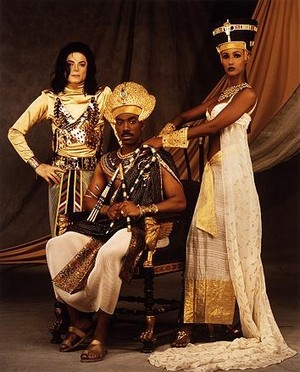 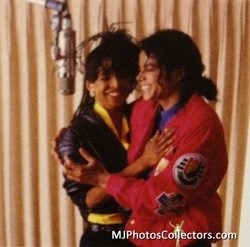 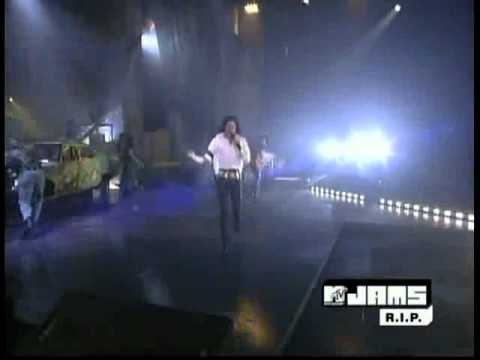 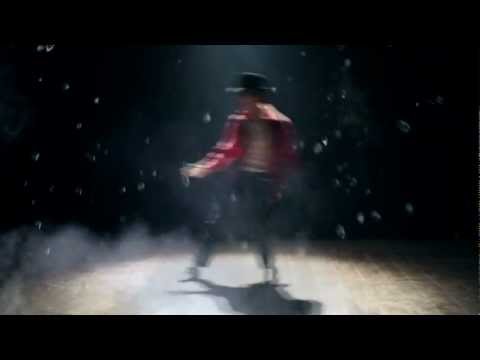 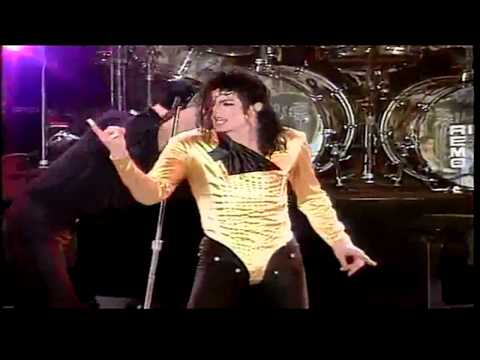 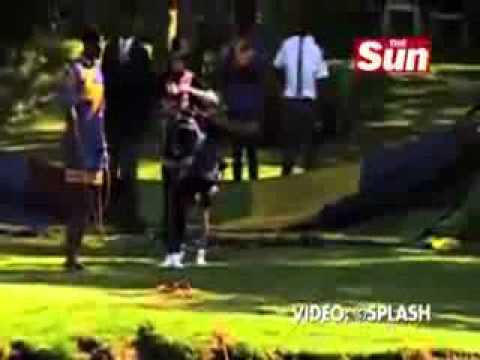 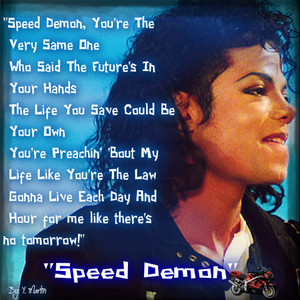 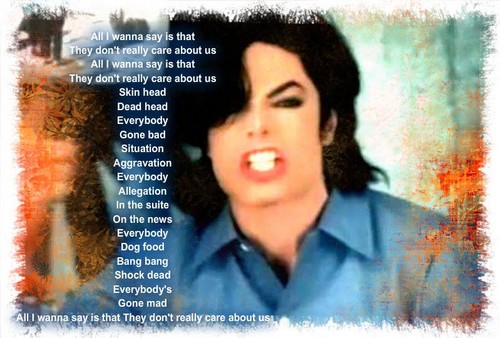 1
they don't care about us
added by shellybean1989
Source: i created this Bearbeiten