5
Why I Like Delphi
posted by zanhar1
So after Lesen Cursed Child I was beyond excited for this character and I thought I'd share why. That sagte there are probably gonna be spoilers in here.

First and foremost, right off the bat I figured I'd like her because Bellatrix is her mom. To be honest out of all of my Favorit characters I figured that Bella would be the least likely to have a baby but here she is lol. So she gets points just for being Bellatrix's daughter. xP Carry on her legacy well Delphi. :'D

Secondly I Liebe her name. My friend and I, in the last 24 hours have made so many jokes about Bellatrix going 'derp, this is dolphin*. "Time to carry on the Black tradition, shame my mother, and ruin my kid's social life all at once." In all seriousness, as it has been pointed out, Delphi's name really refers to the oracle and I Liebe her name's deeper Mehr symbolic meaning. That alone is already setting up for a cool character.

I also really Liebe her edgy af character Design lol. The wing tattoo is badass and I adore her hair. Not because I had my hair dyed the same way for a while oder anything... 0:D

Getting into her personality, I think that she's really cute and funny too. At least in the beginning when she was pretending to be a good guy. No less I loved how the first thing she did was jokingly try to mug Albus. It was one of those moments where I was like 'yup she's Bella's alright.' And (even though it was fake) I thought her mini-Albus crush was cute in that 'kid who has a crush on his babysitter' kind of way.

Of course I loved her Mehr cunning personality towards the end too.She actually proved to be really smart if I do say so; I thought it was really clever of her to try to stop Voldy from killing Harry rather than trying to actually kill Harry herself. And the fact that she was able to play Albus and Scorpius so well was impressive. Like she ended up being so badass. Especially when she started flinging around Crucios then I was really like, 'yup, totally Bella's, just like her mum :'D'

I also think that she (given only one book of development) is a deep and compelling character. I mean she, like her mom, isn't exactly all there either but in a Mehr subtle way. It's her delusions of grandeur that had me intrigued; when she stated that she was the past and present and was the future this world needed. That really struck me as interesting. Combine that with the above paragraph and I just think she's a really fascinating character.
In other words, despite my jokes about her being like Ebony from My Immortal, she's not a Mary Sue. And despite what the leak made it sound like (and Mehr jokes) she isn't some edge lord, OC-like character. She was written just as well as all of the others.

Finally I have a lot of sympathy for her as well. Though she may have played it up a bit I do feel bad that she missed out on Hogwarts because of her heritage. And I do feel bad that (despite my Liebe of Bellatrix) that her parents just abandoned her and then died. Because at the end of the Tag even though she had secondary motives, I do think that she just wanted to be with her father and wanted his Liebe even though he'd never be able to Liebe her. Again she's just like her mom except she longed for familial Liebe where Bellatrix desired romantic love.

In conclusion, 10/10; Bellatrix spawned a great child. Though I would Liebe to know how no one noticed that she was pregnant in the first place lol. Oh well, delphin is a great character so kudos to Rowling for impressing me again and satisfying my needs as a Bella Fan and a Bellamort fan. And Von all means extra kudos because delphin is still alive! 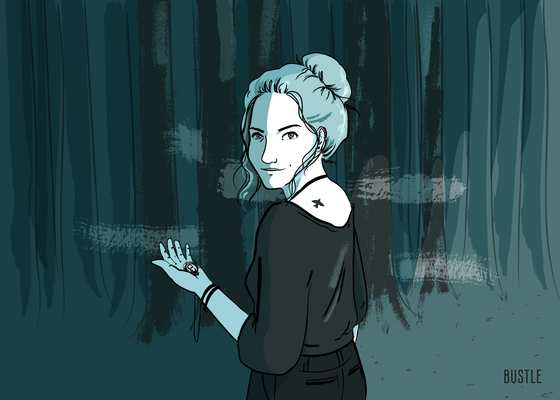 Image credit to bustle
simpleplan, bigbadbrian and 3 others like this
ThePrincesTale This is great, and Delphi really is kick-ass IMO. [i]"Time to carry on the Black tradition, shame my mother, and ruin my kid's social life all at once."[/i] Lel. Her edgy character design reminded me of Tonks. She had the "quirky" factor at first... turns out she wasn't just "quirky" but batshit crazy xD But yeah I love how they set up her characterisation in part 1. Apparently I'm as gullible as Albus and Scorpius, because I didn't suspect a thing. Made the reveal all the more sweet :') What actually is silver and blue hair? Is it silvery blue or silver with blue streaks? Either way, it was awesome xD Loved the dyed hair and tattoo. Someone has also proposed that getting a muggle tattoo was her small act of rebellion against a shitty upbringing by the rabidly anti-Muggle Rowles. Idk how much stock I put in that argument but it's interesting to think about. Preventing Voldemort from killing Harry in the first place was clever, I agree. She displayed a good deal of the cunning that Slytherins are known for. [i]"The fact that she was able to play Albus and Scorpius so well was impressive"[/i], also agree. Manipulative bitch :') It warms the heart, truly. [i]"I mean she, like her mom, isn't exactly all there either but in a more subtle way. It's her delusions of grandeur that had me intrigued"[/i] yesssssss. So true. "Delusions of grandeur" is the perfect way to describe her instability, and I thus wouldn't call "crazy " or "insane" necessarily but just very, very misguided and self-deceptive. I love the scene where she states she's the past, present and future the world needs. The way her sentences were punctuated by breaking the boys' wands was badass indeed, and I can only imagine how impactful that would've been on the stage. I also have a lot of sympathy for her. Very interesting to point out that[i] "she longed for familial love where Bellatrix desired romantic love"[/i]- they both had that feature of self-deception, I guess. And it made neither of them happy in the end. I sort of grapple with the morality of calling Delphi "evil" or locking her in Azkaban forever when her actions and mindset were very obviously a product of her upbringing. She was indoctrinated by "pretty extreme Death Eaters", as Albus calls them, from a young age. Did she really have the chance to develop proper ethics and an accurate view of the world? She never had the chance to go to Hogwarts, which is sad in itself, but also means that she probably had little exposure to normal witches and wizards. She was basically brought up with the idea that the purpose of her life was to fulfill a prophecy, and was probably told fables about how "glorious" a Voldemort victory would have been while being taught advanced Dark Magic. Did she have a chance to turn out good? Idk. The one problem I had with the play (I actually really loved it otherwise) was that the first seven books contained a strong message to this effect: parentage doesn't make you any more or any less than the next person. I wish we had a sign of remorse or rehabilitation from Delphi that would affirm this. It's not right in my eyes that she should be evil just because her parents were.
ThePrincesTale The Albus/Delphi faux-flirtations xD I can't attach an image here... But I can [url=http://www.fanpop.com/clubs/harry-potter/forum/post/224463/title/cursed-child-discussion-thread-spoilers]here[/url].
Persephone713 Very well put- -she her mother's daughter- -but the past present and future reminded me of her fathet Whence revealed in COS as ginny lay down and harry had to confront Tom Riddle as he said those same words before rearranging his Name as I Am Lord Voldemort- 'So we have Delphini Lestrange Riddle
zanhar1 [i]Her edgy character design reminded me of Tonks. She had the "quirky" factor at first... turns out she wasn't just "quirky" but batshit crazy.[/i] This is one of the things I like about her. I really love the quirky design. And personality and I love the batshit crazy personality even more lol. The only reason I suspected things was because of the plot leak lol. I pictured her hair as silver with blue highlights or something. That is an interesting point about her tattoo though. Like you said, I don't know if I agree but it's cool no less. [i]It warms the heart, truly. [/i] Ikr, villains just really know how to touch the heart lol. :'D They're just so beautiful and creative. [i]The way her sentences were punctuated by breaking the boys' wands.[/i] Yassss! Dolphin just had this way of driving her points home and it was so beautiful and so unique to her character. [i]I sort of grapple with the morality of calling Delphi "evil" or locking her in Azkaban forever when her actions and mindset were very obviously a product of her upbringing.[/i] This is another example of what I was getting at when I said the WW doesn't seem to handle mental illness well. Dolphin literally was the product of shady and poor parenting. She only got one side presented to her. And because of her heritage (like Scorpius) a label/stigma was slapped onto her. And unlike Scorpius she couldn't break away from it. And so they just called her evil as if it's that black and white and just threw her in Azkaban. Dolphin is [i]not[/i] that far gone, they could intervene an save her. But nah they're throwing her in Azkaban; and if she inherited anything else from Bella, Azkaban is gonna send her off the deep end for good just like it did with her mom. Hell I still hold to my belief that they didn't do Bella right, that she could have been saved if not for Azkaban; she's also the product of poor upbringing. @Persephone Thank you :D yeah she definitely resembles both parents in personality. 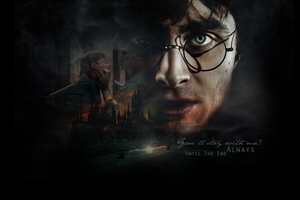 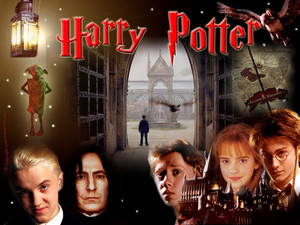 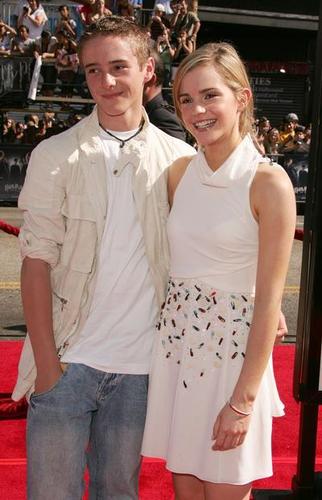 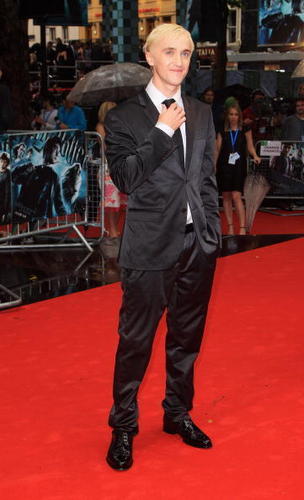 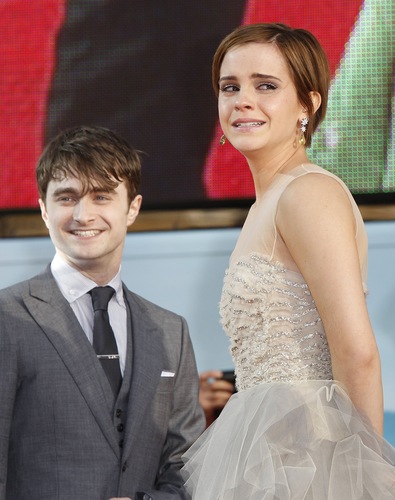 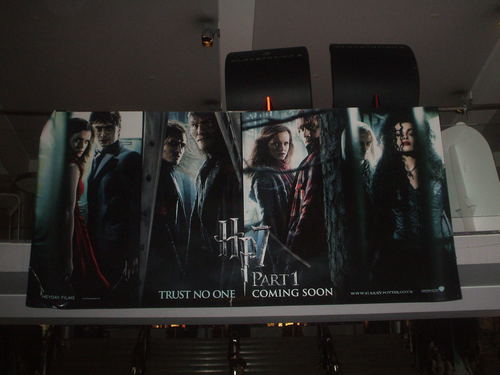 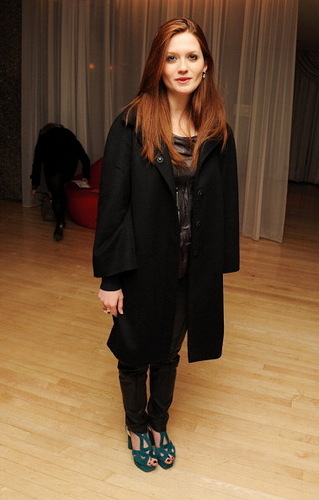 Rodial BEAUTIFUL Awards 2011
added by HermioneRon343
7
Sirius and Bellatrix -- A Relationship Study
posted by anaswill
Compared to some of the other dynamics in the Harry Potter, Sirius and Bellatrix's was rarely in direct spotlight, whether in the Bücher oder the movies. They have, however, one of the most interesting and intriguingly unappreciated relationships in the series.

First of all, their parallels -- they were both prisoners of Azkaban for over ten years, making them both sullen, depressed, haunted individuals who are overly familiar with battling for sanity and hope against the dementor's oppression. The difference? Sirius pulled through, Bella gave in. Still, even if Sirius was strong enough to avoid...
continue reading... 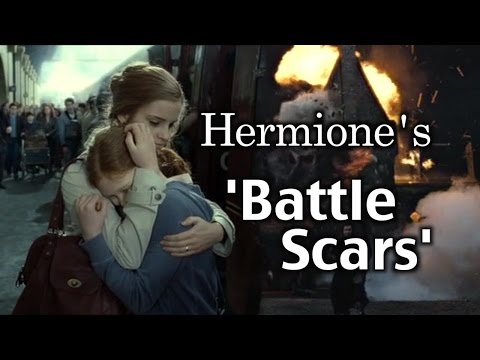 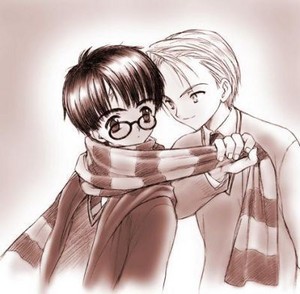 Draco and Harry
added by emmaisobsessed 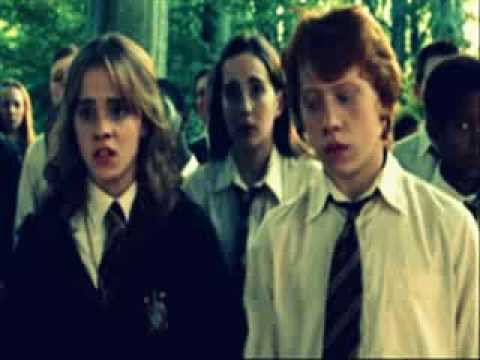 Harry Potter and his friends.
added by Areeba_Shafaat 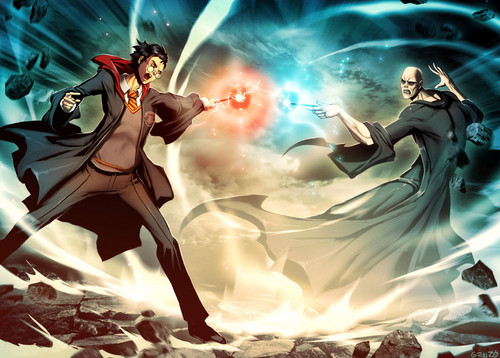 3
Harry vs Voldemort
added by labyrinth75 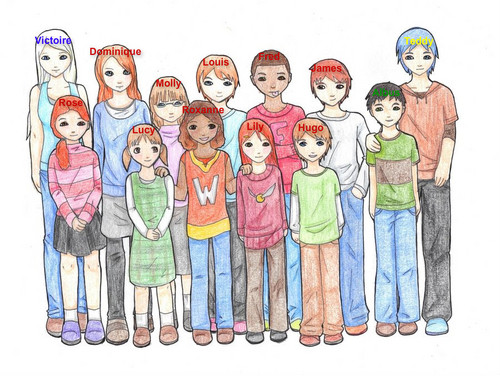