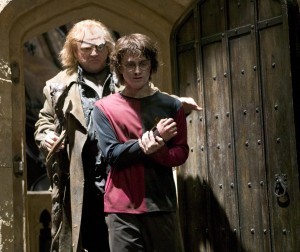 Three years ago, I had gepostet an abbreviated review of the fourth HARRY POTTER film, "HARRY POTTER AND THE GOBLET OF FIRE". This is an expanded version of that review:

Released during the fall of 2005 and based upon J.K. Rowling's 2000 novel, "HARRY POTTER AND THE GOBLET OF FIRE" follows boy wizard Harry Potter's fourth Jahr at Hogwarts School of Witchcraft and Wizardry. This Jahr proves to be a special one for Harry when he unexpectedly finds himself competing in the wizard world's Tri-Wizard Tournament, a magical competition for young wizards from three different schools, who are 17 years old oder older. Not only does the 14 year-old Harry have to deal with the contempt from Hogswarts students who believe he had cheated to enter the competition, he also have to deal with the dangerous tasks that make up the competition and an unpleasant surprise that awaits him once the tournament ends.

When the movie first hit the theaters nine years ago, many had hailed "GOBLET OF FIRE" as the best of the four HARRY POTTER movies, released thus far. I wish I could have agreed with that assessment of "GOBLET OF FIRE". I really wish I could. But . . . I cannot. Personally, I feel that these critics may have overrated the 2005 film. Why? I considered it the weakest of the first four movies. I would not consider the movie a complete waste of my time. It did feature some very entertaining and mesmerizing scenes. My Favoriten include the opening sequence in which Harry dreams of Lord Voldemort, Peter Pettigrew and a mysterious man being interrupted Von an elderly handyman named Frank Bryce inside a mansion, before the latter is killed Von Pettigrew; Headmaster Albus Dumbledore pulling the names of the Tri-Wizard Tournament competitors from the Goblet of Fire; Harry and Ron's quarrel over the former being one of the tournament's competitors; the competition's Sekunde task; the third task inside the claustrophobic maze and Harry's encounter with the . . . uh, unpleasant surprise. But my Favorit sequence in the entire film has to be the Yule Ball - the Weihnachten celebration for the tournament's participants, the foreign visitors and Hogswarts' students and faculty staff. I would say that it is one of the best sequences in the entire "HARRY POTTER" film franchise. It is just a joy to watch . . . from the preparations for the ball (that included finding dates and learning how to dance) to the immediate aftermath of the special night.

"HARRY POTTER AND THE GOBLET OF FIRE" featured some pretty decent performances. But they seemed far and between. Both Daniel Radcliffe and Rupert Grint gave excellent performances as the two best Friends - Harry Potter and Ron Weasley. I was especially impressed that they managed to restrain from any theatrical Schauspielen when their characters became drawn into a quarrel over Harry's participation in the tournament. Maggie Smith was her usual competent self as the always dependable Professor Minerva McGonagall. Alan Rickman's portrayal of potions teacher Severus Snape continued to be a joy to watch. My only disappointment was that his role seemed rather diminished in this film. I was pleasantly surprised Von Brendan Gleeson's portrayal of the colorful teacher and former wizard aurorer, Alastor "Mad Eye" Moody. Gleeson could have indulged in a great deal of hamminess with such an eccentric character. But he kept his performance in full control, while conveying the oddball nature of "Mad Eye". Miranda Richardson gave a deliciously wicked performance as Rita Skeeter, a reporter who harbored an indulgence for yellow journalism that annoyed poor Harry to no end. I found Jason Isaac's portrayal of Lucius Malfoy rather theatrical in the Quidditch World Cup scene. But I must admit that I was very impressed Von the subtle manner in which he portrayed his character's obsequious manner in the film's last half hour. The movie also featured solid performances from Robert Pattison and Katie Leung, who portrayed the student lovers, Cedric Diggory and Cho Chang; Timothy Spall as Death Eater Peter Pettigrew; Robbie Coltrane as Hogwarts teacher Rubeus Hagrid; Frances de la Tour as Beauxbaton Headmistress Olympe Maxime and Eric Sykes as Riddle handyman, Frank Bryce.

Unfortunately, I could find nothing further to admire about "HARRY POTTER AND THE GOBLET OF FIRE". My first problem turned out to be the screenplay written Von Steve Kloves. I did not expect him to be completely faithful to Rowling's novel. It would take a two-week miniseries to be completely faithful to it. But there were some scenes I with Kloves had eliminated. One, he cut the scene featuring the Weasleys' visit to the Dursley Home on liguster, privet Drive to pick up Harry for the Qudditch World Cup. I mourned this cut, for I believe it was one of the funniest scenes in Rowling's book series. But Kloves' further cuts left the main narrative with some serious plot holes. Kloves' screenplay never explained how Death Eater Barty couch Jr. managed to escape from the wizarding world's prison, Azkaban, without the authority's knowledge. How did Lord Voldemort and couch Jr. learn about the Tri-Wizard Tournament in the first place? Also, there was one scene that featured "Mad Eye" Moody's arrival at Hogwarts with no luggage oder trunk. Yet, there was another scene in which Harry visited Moody's room and spotted a trunk. How did the teacher convey his kofferraum, stamm to the castle?

There were other problems that marred my enjoyment of the film. I read an Artikel in which director Mike Newell decided to portray the Hogwarts students in a Mehr "realistic" manner - in other words, as British school children would behave in real life. Unfortunately, his attempt at "realism" merely allowed most of the actors and Schauspielerinnen portraying Hogwarts students engage in theatrical performances. Even worse, Newell did the opposite with the visiting foreign students from Durmstrang and Beauxbatons Von wallowing in one-dimensional cliches with their portrayals. I found one scene in which Harry's trip to the school prefects' bath was interrupted Von a ghost known as Moaning Myrtle. I realize that Myrtle was supposed to be around 14 (the age of her death), the same age as Harry was in this story. But watching actress Shirley Henderson, who was 39-40 years old at the time, flirt with a half-naked oder naked Daniel Radcliffe made me squirm in my sitz with a good deal of discomfort. On the other hand, I felt a great deal of disappointment toward the movie's production style and look. I get the feeling that Production Designer Stuart Craig and Cinematographer Roger Pratt, along with Newell, were trying to recapture the look oder style of Middle Earth, as shown in "LORD OF THE RINGS: THE TWO TOWERS" and "LORD OF THE RINGS: RETURN OF THE KING". I hated the look in those Filme and I hated it in this film.

My biggest problem with "GOBLET OF FIRE" turned out to be the acting. I have already pointed out what I believe were the better performances in the film. As for the rest of the cast . . . sigh. I have never encountered so much hammy Schauspielen in my life. It seemed that three-quarters of the cast spent most of the time shouting their dialogue. I am not just talking about the performances of those portraying the students, but especially the adult actors and actresses. There were some questionable performances that really caught my attention. Emma Watson is a first-rate actress, but she seemed to be trying to hard in her portrayal of Hermione Granger in this film. Michael Gambon, who had done such a wonderful job in his debut as Headmaster Albus Dumbledore, gave a completely different - and very hammy - performance in "GOBLET OF FIRE". Roger Lloyd-Pack was another actor whom one could depend upon for a first-rate performance. Not in this film. He seemed to be a bundle of out-of-control nerves and theatrical in his role as head of the Department of Magical Law Enforcement, Barty Crouch Sr. The Zurück performances mentioned were nothing in compare to both David Tennant and Ralph Fiennes. Lloyd-Pack's twitchy performance was nothing in compare to David Tennant, whose performance as Death Eater Barty Crouch Jr. revealed Mehr twitchy mannerisms in this one movie than Bette Davis did in her entire film career. But when it came to chewing the scenery, no one did it better than Ralph Fiennes in his debut as the series' main villain, Tom Riddle Jr. aka Lord Voldemort. Words cannot describe the over-the-top performance he gave in the movie's climatic scene. And I cannot help but wonder why Newell did not reign in his performance. Then again, he was barely able to do the same with other cast members, as well.

Yes, "HARRY POTTER AND THE GOBLET OF FIRE" struck me as far from perfect. Thanks to the plot holes, unattractive production look and the numerous hammy performances, I found it difficult to consider it a great Favorit of mine. But despite its flaws, I still managed to enjoy the film. It just strikes me as a pity that it turned out to be a comedown after the franchise's first three films . . . at least for me. 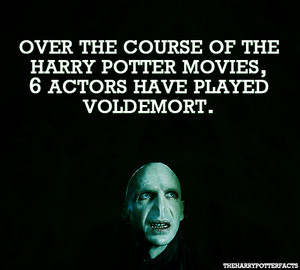 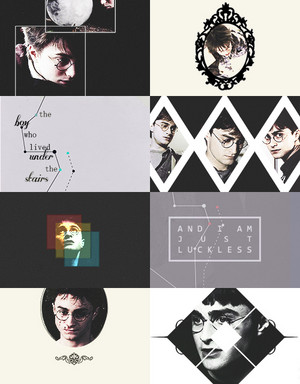 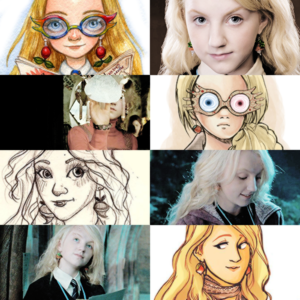 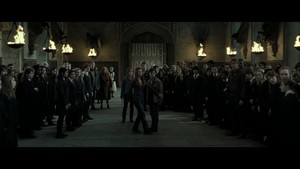 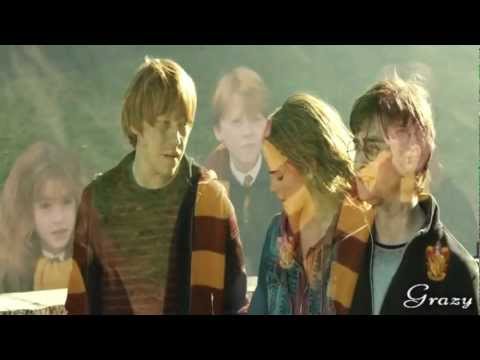 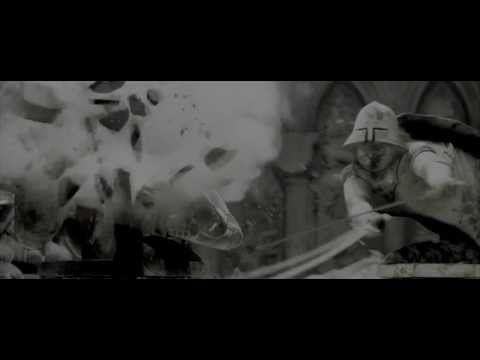 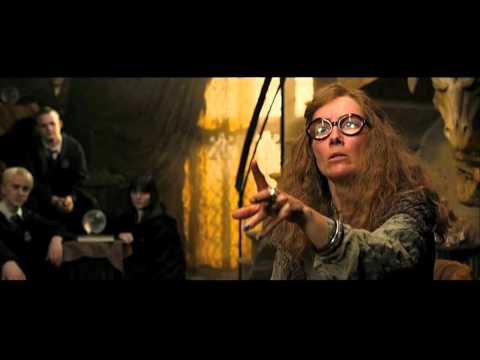 3
This is War -- Harry Potter: The End of an Era
added by SilverPatronus
video 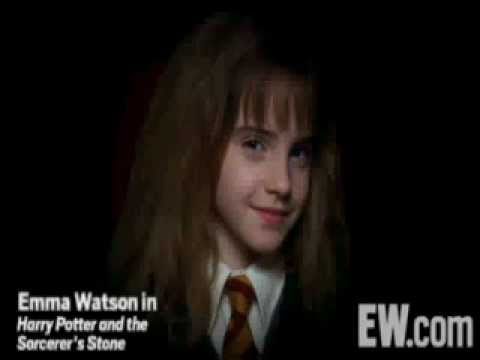 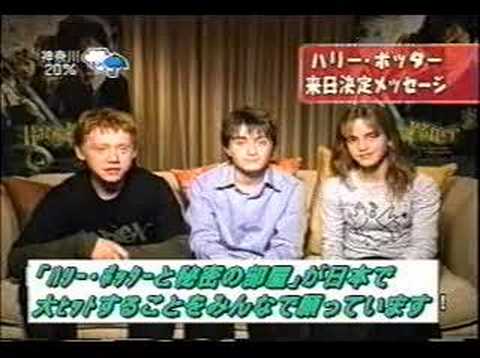 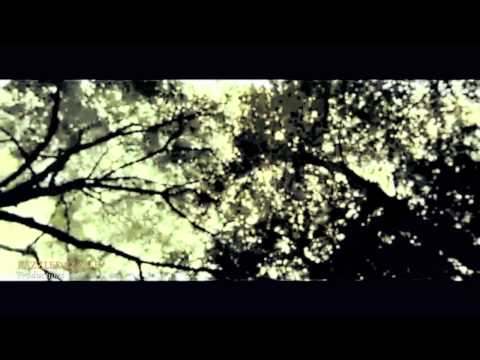 5
Harry and his girls
added by RealSunshine
This is a video about Harry and his *girls* Ginny,Luna and Cho
video
Harry Potter
fanvid
luna
cho
ginny
More Cards
1234567891011