6
5th Year, Not-So-Perfect Chapter 7
posted by peppergirl30
When I woke up, I made some decisions. First: I was going to put off Schreiben to my mother. She can't solve all our problems, especially when she isn't here. Second: I was going to talk to Hugo. I knew that it wouldn't be easy, but I was still going to try. Third: I should talk to my cousins Mehr often.
I got up, and ''made'' my cot, and walked into Hagrid's ''main'' part of his hut. Most of my cousins were awake, the only ones who were still asleep were Louis and Teddy.

''While the men are asleep..'' Dominique whispered, ''Is anyone in the bathroom?''

Victoire sagte no, and Dominique disappeared into the back of the hut.

Victoire then looked at me, with wide eyes of guilt and understanding. ''I know how Du feel,'' She whispered. ''..Sort of.''

This takes me Von surprise. For all my cousins, Victoire always seemed the most.. perfect out of us. She's organized, sweet, honest, brave.. what could she possibly have had happen to her?

She explains. ''When I was in my 6th Year, and Dominique was in her 4th.. we had a falling out. A big falling out. And Louis didn't want to talk to either of us, he wasn't taking sides. So basically, for the whole year, the three of us were.. alone.''

I gawk at her, unable to close my mouth. ''But.. what about Weihnachten Holidays?''

''We pretended to be fine, because we didn't want our parents to worry.. but looking back, that was a dumb thing to do. It took us a whole Jahr to get over it, and it's a Jahr without each other we'll never get back.''

''Do Du think Hugo and I are going to be in this for that long?''

''No, Du and Hugo don't have as much of the Weasley temper in you.. Dominique and I are very hot-headed. The only thing we're missing is the hair.''

I blush, and look at a thick, bushy strand of my red hair. I never really took notice to it, but it's true. Victoire is a blonde, and Dominique is a brunette.

Victoire smiles. ''I'm sure he'll come around. Maybe not at first, but he definitely will. Just be optimistic.''

I smile, and after that all we do is make small talk. We don't tell anyone else about our conversation, and when Louis wakes up and Dominique gets back from the bathroom, I look at Victoire, Louis, and Dominique's relationship, and it's perfect.

As I walk through the gras, grass on this perfect Autumn day, I wish I had worn a thicker sweater. It's not too cold, but the air has enough chill to make me shiver. When I get into the castle, there isn't much activity, which is odd. Most people run around and do things on the weekends.
But then I notice that there are signs all over the walls, and a track recording running on the speakers.

ATTENTION! Any student not in their dormitory in this time limit - I see a giant stopwatch on the walls- will be assigned detentions for the rest of the year. This is a first class drill.

...First class drill? I start to sprint. But I think of my cousins, and how they don't know about the emergency. I try to remind myself that they should be safe, sicher in Hagrid's hut. ''20, 19, 18..'' The clock keeps ticking down, and I'm not just at the Common Room yet.
I finally get up the stairs, and can just see the Fat Lady's face, and before she even asks, for the password, I breathe,

The portrait swings open and I jump inside, and finally, we all hear:

We all go deadly still. I'm lying on the ground in an awkward position, and I'm wondering why we're even doing this, but there's no time to ask. Our eyes dart around the room, no one saying a word. Finally, my eyes meet Aimee's, and we have a conversation Von mouthing things to each other.

''A drill. Just in case something goes wrong..''

''I dunno, throughout the year! If something ever happens, this is the drill.''

The voice sounds again. ''All students can resume to their behavior before the drill.''

Everyone breathes, and starts to Bewegen again. Although it's not exactly 'normal' anymore.. we're all whispering and looking around, waiting for something horrible to happen.

''Nah, probably not. They've been careful with it.''

I look around, and expect not to see Hugo.. but finally I see him. He's over at the chess table, playing a first Jahr who looks most familiar, and is obviously losing but Hugo's doing his best to make her feel better. Him Schauspielen like this surprises me, and it makes me Mehr optimistic that our talk will be easier.
Aimee looks at me, and knows what I'm about to do. She doesn't say anything, just nods, and says words of encouragement. I gulp in nervousness, and nod back.

Kendall nods at me, and says, ''I think Wizard Chess really isn't my thing.''

I laugh. ''It's not mine either, Hugo just learned from our father. He's brilliant at it.''

Kendall smiles and blushes, and then looks down. I turn to Hugo. ''Can I talk to you, for just a second?''

''Sure,'' He says. Something is wrong: I was prepared to literally drag him into a corner.

''What made Du figure this out?'' I ask, because I'm curious. Hugo is known to be stubborn.

''They..were teasing her. Kendall.'' We look over to Kendall, and she seems to be preoccupied just reading.

''Wouldn't she be scared of Du if Du were with them when they teased her?'' I'm a little skeptical, the pieces of Hugo's story aren't fitting together.

''Well, I wasn't there. I was serving detention because I got Mehr than them.''

But for some reason, I still don't believe him. ''But why are Du just giving this all up? Wouldn't Du be more.. reluctant?''

In answer, he holds out a letter.

Dear Hugo,
I've heard through our family gossip about what you've been doing and who Du have been 'hanging out' with. And let me say, Hugo.. I'm really upset. I thought I raised Du better, not to get involved with people who were never doing the right thing.. but no. And your sister is distraught, I read the letters she wrote to your mother.. so I think Du should really rethink all of this.

And as I predicted, my father found out eventually.

''The letter kinda scared me a little,'' He blushes. ''Dad can be menacing.''

''Yeah.'' I nod in agreement. ''But do your Friends know that you're not hanging out with them anymore?''

''Mum and Dad are here?'' His reaction is priceless.

Author's Note: It seems that this story is going Von fast! .. Is that good oder bad? xD But anyway, YAYY! Hugo's finally come around and stopped being annoying. I decided this would be the best chapter to do this - I was beginning to feel really bad for Rose. And, quick question: Are my endings good? Because sometimes I feel like they could be better. Oh, and a little side note: I realized today, while Lesen my own work over, that in my story.. I make Slytherins seem like evil people. I don't have an opinion like that, at all, but I realized that I'm sorta.. judging them. So, what I'm meaning to say is: I didn't mean to be prejudice. But anyway, Kommentar please~!
angelbarbie20, angelbarbie and 4 others like this
totalpotterfan Are there going to be more or is this the end? just wondering?
reneemonique I salute you for your initiative in making Slytherin’s sound not only evil, (Because that’s the most awesome part!) but also classy in a really devilish and dark way. It is quite a charming touch. ;) The perspective of your work is an inspirational journey.. Amazed by it so far! Your endings are absolutely wonderful! ♥ If you were REALLY worried about the endings.. You could always leave them at a BIGGER cliff-hanger, or you could hint about things which will happen later on in your Chapters. For example, a love interest maybe? Another character who has a significance to yourself? Or an estranged, livid, menacing, dark and mysterious hitchhiker who has a Zen Mode Ability and decides to go all out Power Rangers style in the middle of the road.. BAM BAM BAM? No idea, but I'm sure you could make ANYTHING work! You can be like my Martian twin. XD
medouri awwesome and don't stop writing!!!
9
Harry Potterish Things to Do That May Get Du Institutionalized
posted by sparkles3
I thought of all these myself, so don't go saying I copied off of you!

In The Store
#1: Hum Hedwig's Theme oder the Sorting Hat's song very loudly, and maybe throw in some spins
#2: Point your wand at everyone Du see and mutter spells
#3:Ask the manager if house elves do the cleaning, and if it's dirty, tell him oder her that they should get clothes
#4: Ask at a mall cafeteria if they have kürbis juice
#5: Look for licorice wands at local Süßigkeiten stores
#6: Attempt to withdraw galleons from the bank
#7: Ask if any local stables have hippogriffs oder threstrals

If any of Du have anything to add, please do so i comments.
5
The Prince and his Heavenly Princess
posted by Persephone713

Lily was looking around as though she were scared of who may come knocking. It was an eerie night but the moon managed to peak between the clouds that were circulating above, then..the pub door opened and in walked her old friend Severus.

" Lily"..said Severus taken aback Von her beauty in the gleam of the moonlight. Her pale silky smooth skin, Beautiful Autumn colored hair and smaragd green eyes that sparkled like diamonds.

"Of course" sagte Lily " I know Du never...meant to call me what Du did Sev, besides I might not have much time."...
continue reading...
16
Harry Potter Tag
posted by shieldmaiden
So I was looking on Facebook earlier and just saw an event gepostet declaring February 20th to be Harry Potter day! =D So this is for all Harry Potter Fans to dress up on and Zeigen their pride and happiness that Voldemort has finally fallen. I find this to be a great way to keep the spirit of these amazing novels alive because even though we have limited Harry Potter releases left to celebrate, now we can celebrate every Jahr on the 20th of February! I don't know why this datum was chosen, but I have a pretty good idea of why it was chosen for this year. Also on February 20th, there will be a lunar eclipse at around 9 PM I believe, so it sounds like a pretty magical day! So Harry Potter fans, dress up on the 20th! Wear your House scarves, sweaters, and ties! Whip out those wands and cast a spell oder two and keep the spirit alive! 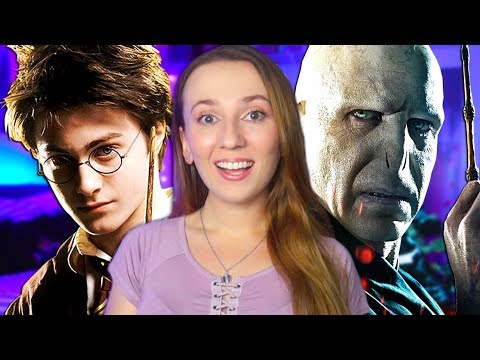 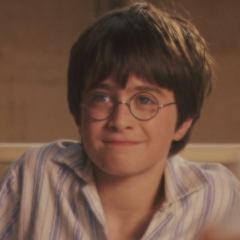 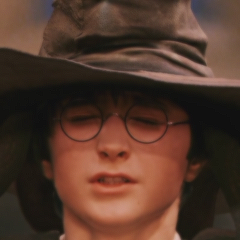 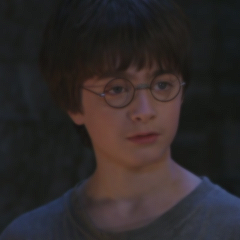 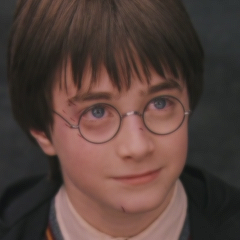 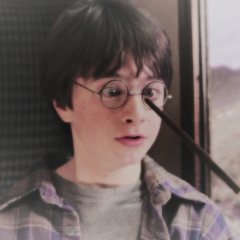 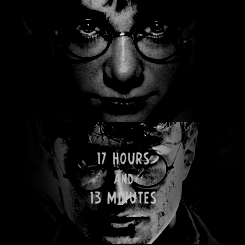 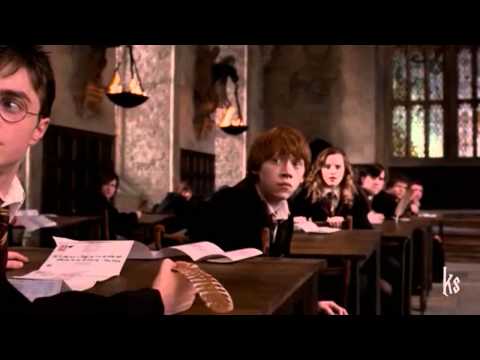 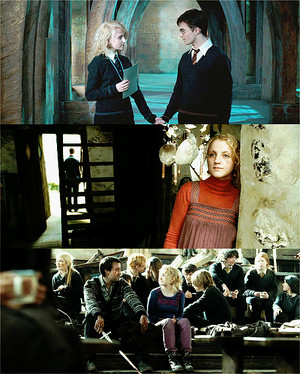