I was going to put this as a Umfrage but I soon realised that there were too many to put up there and also people might think differently as to what a 'type' is. So, I'm putting it here.

Basically, what I'm talking about is, what do Du like Lesen most? And not just Romance, Humor, Hurt/Comfort, ect but from Vampire fics to future ones, which ones do Du Liebe the most? And it can be Mehr the one, if Du have Mehr than one favorite.

Mine are De-aging potions one, they're so cute when one oder both of them are little.
I also like Veela stories, but they became slightly cliche, so not so much anymore.
Dark ones are always interesting and are different from what I usually find.

I like a lot of different ones, but those ones are mostly a joy to read :P. 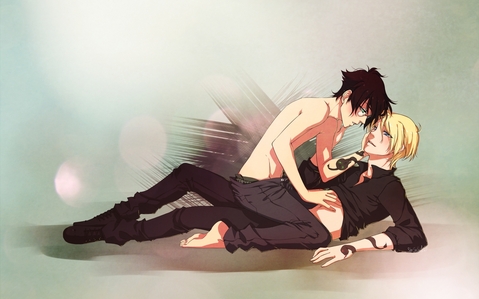 Isn't that story called 'Growing Pains'? I loved that story! I like you're types of stories, kind of matches mine ;)
Liepe posted Vor mehr als einem Jahr

Yes, it is. I have red the german version and it was great. That was the story that made me Liebe Harry and Draco as couple :)
FeatherCat206 posted Vor mehr als einem Jahr
Hiding 3 comments... click to show.

I think mine would be Checkmate that made me Liebe Harry and Draco, but this story was a good one. I didn't read the German one, but that's because I don't know German :P
Liepe posted Vor mehr als einem Jahr