2
Gossip Girl 'The Lost Boy' Review
posted by lexabuti
Secrets eat those who consume it themselves.
'The Lost Boy' was all about secrets being revealed despite the consequences.

Sometimes only when Du get closer to the boiling pot Du realize how hot it is and that's exactly what Scott found out when he got too close to the feuer with a failed attempt in revealing his true identity to his biological father. It was actually a huge let down watching Scott get cold feet after all the lies he spun to reach there. It was even worse when he dropped that huge bomb on Vanessa, asking her to keep his secret safe. We all know what happens then, seeing as Georgina left a parting gift after her coincidental eavesdrop on Vanessa and Scott.

Do we know why Georgina has the sudden urge to go to Boston? Is it a flee oder did she want to leave with a big bang after realizing there was nothing really keeping her in there. Her short time at NYU didn't really have others with their flaming torches after her and after a while her attacks got old, so I am not really disappointed to watch her leave. Was that a picture of her and Dan on her laptop! I am glad to say good riddance, Dan's 'fling' thankfully remained that way. Let's hope his relationship choices change for the better.

The Chair-off was actually adorable. It was fun watching Blair and Chuck at each others throats as opposed to being in, although we did get a fair share of their cuddly couple moments and an idea as to how long it's been since they had sex. That was certainly a 'lose lose' for Blair, but Chuck ironically had other things on his mind, citing a business deal. It was really hard to imagine that Georgina had the strings to concoct a soiled plan to sabotage Blair and Chuck. If Blair knew Georgina so well, how come she didn't pick up on the handwriting like Serena? Okay, maybe Serena would have seen Georgina's handwriting Mehr times than Blair and maybe Blair stopped Lesen after seeing that she was invited to something 'secret'.

It was actually pitiful watching Blair squirm over a secret society and realizing that the only person she could count on for some companionship was Chuck and even that failed. How could Chuck turn down a moment for him to have some one on one Liebe time with his one and only? This is really a new side of Chuck we are seeing, we can no longer call him 'Chuck Bass' anymore, especially since this Chuck now owns a hotel? Did Du see that coming and is that really a wise idea?

Who knows? I actually couldn't stomach Carter and Serena anymore. The Mehr times they were together, the Mehr I realized his extremely small structure when it compared to Serena. Carter looked so much like a boy especially when he's lip-locking with Serena and was that a threat from Bree to Carter. She really needs some work on her threats. Blair is the only one that could pull off an 'I'm coming for you' and actually have Du quiver.

Again Bree and Nate were boring and pointless. What was with this auction that brought all the main stars together, was it really that important? I don't buy it.

Let's hope the Bree Buckley storyline picks up, because I am really zoning out all her scenes, especially the lovie-dovie ones with Nate.

It was actually a relief getting some insight into how exactly Carter found Serena's father and why she began looking for him. I actually gave a sigh of relief when she lifted that burden and gave us that juicy piece of detail. I found myself saying 'It's about time'.

It didn't seem like Carter was going to stick around after his encounter with Bree and we find ourselves asking, what did Carter do to the Buckleys and do we care?

I was actually surprised that Jenny and Eric got any screen time at all. Was it really necessary to Zeigen them? They gave no impact to the story, only a curious Jenny searching into the fact that Scott spent Mehr time with Rufus than his own girlfriend. Rufus Von the way looked very refined in this episode, something with the hair. It may be strange, but Scott seemed to look Mehr like Rufus every time, genes perhaps.

There were some cheap shots this Stunde and 'The Lost Boy' felt Mehr like a 'Gossip Girl' episode trying to tie up some loose ends and get the real story on the way.

Let's hope we get some Mehr of Jenny Weiter week and some real answers. There wasn't a real bang to this episode, but it was interesting and had an unfamiliar recipe that made it fun to watch.

Fighting over an auction item isn't really the best way for Gossip to spend it's time, but things seem to be lifting up for the better. The Weiter time we see Dan with his hemd, shirt off in bed, I would actually like to look at the screen long enough to see him.

Four out of Five Stars 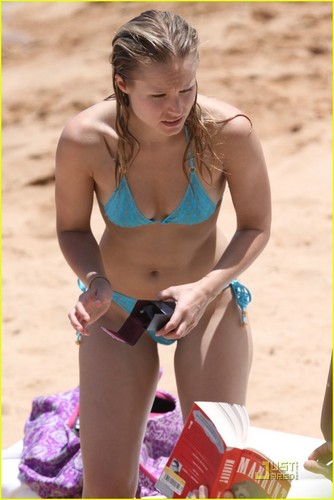 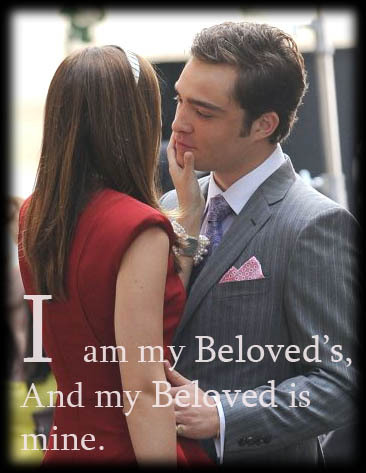 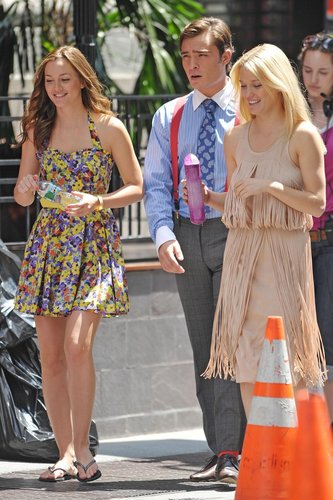 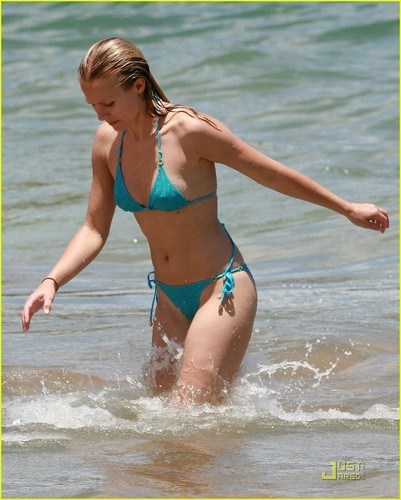 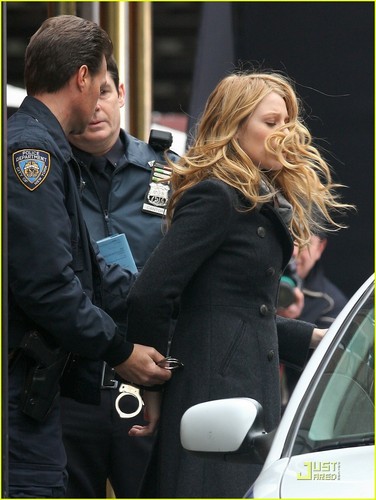 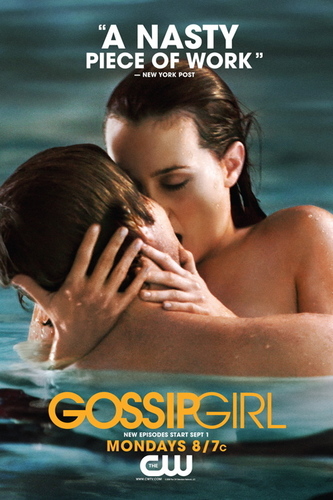 4
u took everything from me nate my mom yale
added by katryn
6
Kayla bass (Daughter of Chuck bass and Blair Waldorf) Part 2
posted by kialove978
Alright like always fellow fans, here goes nothing!
~~~~~~~~~~
Kayla snuck downstairs as she heard the oh-so-familiar moans coming from her parents bedroom. The fact that she had had the birds and the bees talk when she was 6 helped alot on those nights. Which was usually everynight.

She had her heels off, afraid that they would make noise as she tried sneeking out of their penthouse. She was still grounded and it was Friday night. Leo Clark waited in the lobby.

"Hey Clark." Kayla sagte as she declared her mission accomplished when the elevator doors opened and a moment passed with no one looking...
continue reading...
7
Baby Steps [A Chair Fanfic]-Chapter One
posted by luvrgirl101
“How did it all happen?” She whispered sullenly, almost breathlessly. Her vision was distorted, blurry from her tears. They were also bloodshot and her face had paled as well, sometime during her breakdown.

From the other side of the desk, the woman sat there with her head cocked to the side, portraying a face of deep concern. “Ms. Waldorf I take it that this wasn’t planned.”

Blair Waldorf kept her eyes glued to the floor. She used whatever physical strength was in her to put her arms on the armrests and lift her body into a straighter, Mehr comfortable position. Instead she failed...
continue reading... 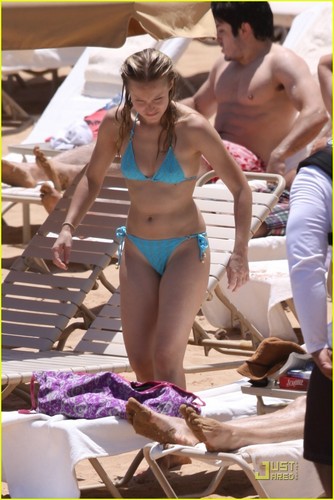 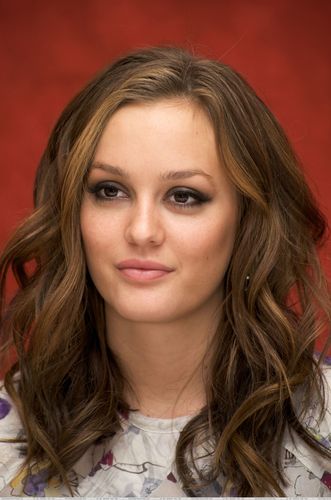 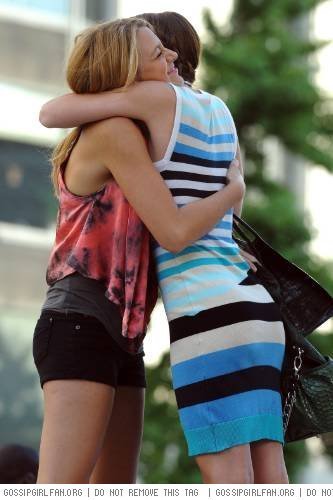 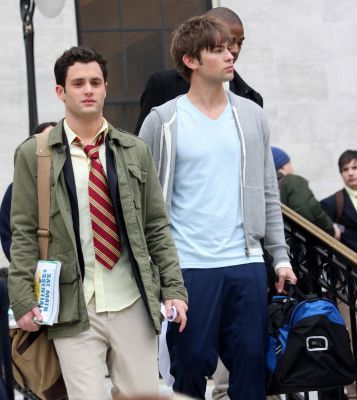 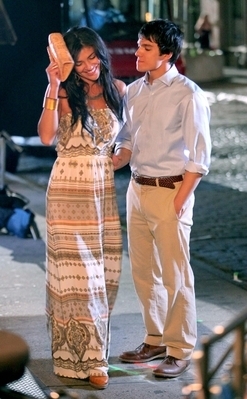 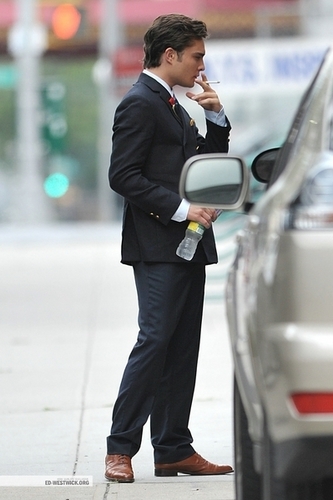 4
Ed on set
added by ksbass 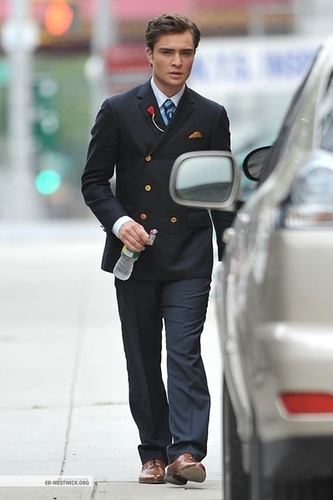 3
Ed on set
added by ksbass 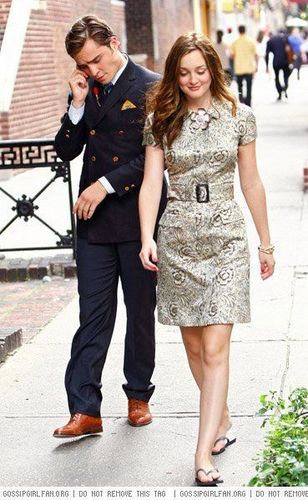