She couldn't get her eyes open. Maybe it was to the fact that she had a massive headache and her brain wasn't working properly. Her head pounded with its own heartbeat which seemed to be located just behind her ears.

"C-cake," she croaked in a sand-papery sounding voice. "Cake," she tried again which did sound just a tad bit better. "I t-think...I m-might have a...boo boo." she slurred in between words.

"You want cake? Are Du hungry for cake?"

She couldn't be sure, but she thought she heard a guy's voice. An unfamiliar male voice that sounded right above her.

Her eyes shot open which required a lot of concentration from her part which caused a pain behind her eyes which made her headache worse. "Who are you!" she demanded of the guy who seemed to be floating right on oben, nach oben of her.

The guy floated up only to float backwards with his feet up high and his dark blue black hair almost caressed the skin of my chest. He smiled and crossed his arms across his chest. "I am the guy who rescued you."

Her body protested when she tried to sit up. "Whoa..."She held onto her head and lay back down. "Thanks guy but i need to get back and help put those thieves in the Süßigkeiten Dungeon." She tried once again to stand up.

Standing up from the bett she felt her hair touch her feet and a cold draft of air hit her body. Almost as if she were..."I think this headache is getting the best of me. I almost feel n—" She looked down and she stood with only her limette, lime green bra and matching undies. "EEeek!"

The guy looked away and scratched the back of his neck. "I removed your clothes so that i could...get a look at your wounds and, uh, cure you?" His pale blue face darkened in color.

Fiona wasn't much for being embarrassed. She moved close to the guy and slapped him as hard as her aching body allowed her too.

"What the cabbage!" He held onto his cheek.

Turning and ignoring the guy she found her clothes, which were neatly folded in a bedside tabelle and changed quickly. But all the hurrying she began to feel dizzy and once she leaned down to put her shoes on she felt something dense start to slither down her nose. Her hand flew up and it came away red. Her vision started blur as well as starting to see bright spots dancing here and there, until her strength failed her and darkness took her over.

Watching as the human girl changed into her clothes not even bothering to go into the bathroom she changed right in front of him. He couldn't help but admire her with all that beautiful long blond hair that seemed to have its own life. She was one big bruise with scraps and cuts, yet she managed to look regal and proud while changing.

He watched as she started swaying back and forth. He smelled fresh blood and when the girl touched her nose her fingers were painted red. Her eyes rolled black and his vampire powers took over and he caught her before she hit the floor.

He carried her to the bett trying to float high up so that her long blond hair wouldn't touch the floor and get dirty.

Marshal hadn't been in Aaa for a very long time. Maybe if he went out to visit Gum-wad he would have some extra cake to spare.

'You can't leave the human girl Von herself,' He thought. "I'll just give him a call." he sagte out loud.

He dialed and waited for the dial tone to start ringing.

Marshal rolled his eyes at the sound of his perky voice. "Hey Gum-wad do Du happen to have some cake I can have?"

"Marshal," Gumball replied not as polite oder perky as he had at first. "Yes, I do have cake. Would Du like red velvet?"

"I don't really care its not for me."

"A girl...she sagte she wanted cake." There was a silence in the other end of the phone. "You there?"

"Does this girl happen to be a human?"

Marshal stiffened. "Why do Du ask?"

"She is isn't she? Cake, her sister has been looking for her all over. She's worried."

Marshal had already hung up. He stared at the phone for a moment before dialing a different number.

"Hey LSP, I need to ask Du something."

"Oh my lumping GLOB! Marshal Lee, you're back!"

"Yeah, yeah... Hey do Du know where Cake lives and maybe give me her number if Du have it?"

"Soon LSP. Later." Hanging up he thought he should have just called LSP in the first place.

Did he really want to call Cake? Slowly floating into his room he didn't see the human girl on his bed. Putting down the phone he looked around. Where could she have gone too?"

Slowly he floated around the room, "Bunny?"

He turned just in time to catch the flying kick that was coming right to his face. "Whoa, Bunny." He held her upside down Von the ankle.

"Let me go. Why do Du have me as your prisoner?" She looked dazed, "Did the Ice Queen send Du to capture me? Huh?"

"No, Bunny, your not my prisoner. Now if I let Du down will Du promise to stop trying to hit me?" She nodded and he slowly put her down on the bed.

"Why did Du bring me here?" She asked a little Mehr patiently. She smoothed her rock down and rearranged her hat.

He held up his index finger."Well first of all; I did not capture you, just so that we are clear." He raised his middle finger joining the first. "Second the Ice Queen didn't send me." He raised a third finger. "And third i found you. Du were very much a damsel in distress."

"I am a heroine! I am not a damsel in distress." She answered angrily.

She squinted her eyes, "You what?"

"I—you were going to be my dinner." 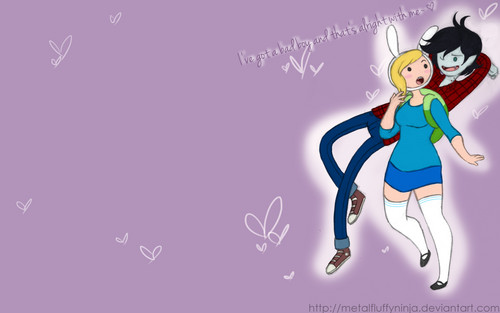 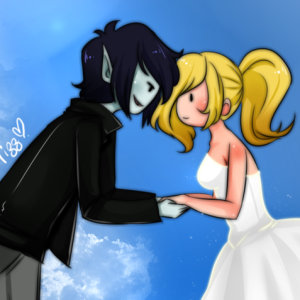 May I Have This Dance
added by emerald_32 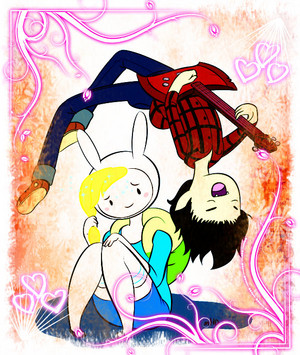 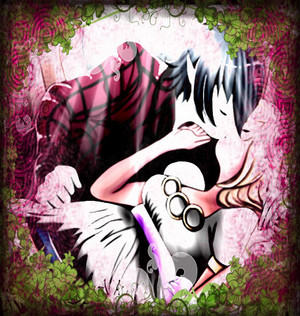 2
mommy yeah
added by purplevampire
Truth oder Dare (Ch3)
posted by Eula2003
Marshall Lee: Ok, Ok, Ok!
They start their new game while they eating their snacks.
Fionna: I`m first, Weiter is Marshall Lee, Weiter is Ice Queen, and the last is Gumball! Ok!
Marshall Lee: Let`s Start!
Fionna: Friendship is like a Diamond, I feel so lucky to have found a friend as precious as you!
Marshall Lee: I`m next! Here`s mine: so many memories, so many stupid fights, So many inside Jokes and the craziness night, everything crazy that I do, Always seems to happen, when i`m with you!
Ice Queen: Nice, so mine is True friends, are never apart, Maybe in distance, But not in heart.
Gumball: I`m next!...
continue reading... 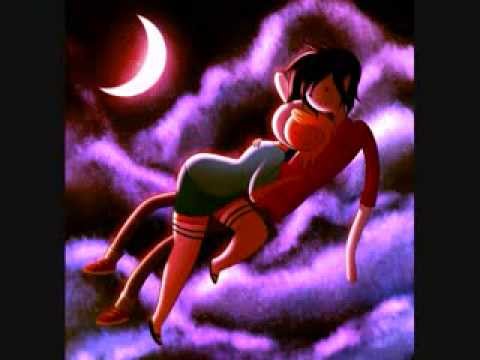 1
E.T.- Fiolee Tribute
added by fangirl51397
This is the third video I made on my Youtube account. Hope Du like it.
video
fiolee
adventure time
fiolee video
fionna
marshal
song 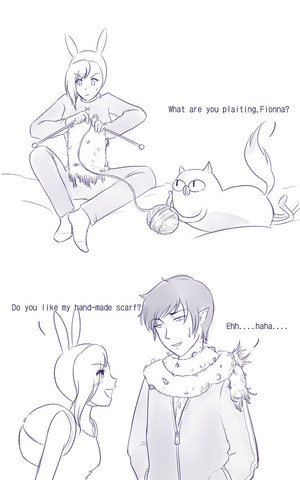 the scarf
added by purplevampire 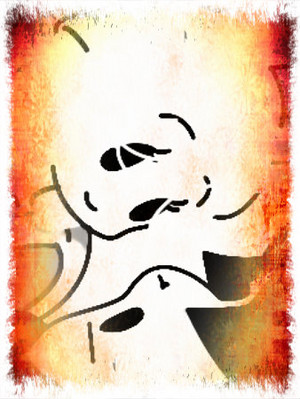 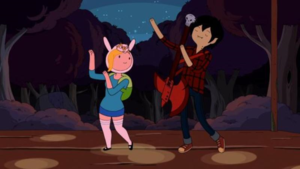