1
A Dreadful Discovery: Part 5
posted by skipperfan5431
The Weiter morning, The penguins woke up to the bright sun. Alice had yanked the sheets off the cage and was banging on the bars. "Wake up Du pshycopaths! Today's a big day!" She yelled, picking up the cage. Skipper woke up with his flipper around Lilly. "What the!?" He said, looking around at his sleeping team. Skipper then slapped them all awake.
"What is it Skipper?" Lilly asked, sitting up and rubbing her cheek. Kowalski and Rico did the same. "Skippa! LOOK!" Private cried, pointing towoards their habitat. There was a bunch of police tape surrounding the island, and big men in black Suits empyting out the HQ. "NOOOOO! MY BABIIIIIES!!!" Kowalski shreiked, climbing the bars of the cage. Lilly looked at him and sighed. "Get off of there Kowalski. Your just makinng yourself look stupid." She sagte bluntly. Kowalski looked back at her and jumped down.
--------------------------------------------------
MEANWHILE
Rebecca stood in front of the zoo gates along with Chuck Charles and Officer X. She couldn't believe that she agreed to this, but it was Mehr than necessary to help the penguins. Chuck then gave the signal to his camera man to start rolling. "This is Chuck Charles LIVE from the Central Park Zoo! This is an extraordinary Tag because of this young lady!" He said, putting his arm around Rebecca's shoulder's. She just smiled nervously and looked up at Officer X, who took Chuck's microphone. " SEE YALL! I told you! Those penguins are SMART! And THIS girl helped me prove it!" He then held up pictures of Rebecca and the penguins....pictures he stahl, stola from her underwear drawer!!!! O_e "HEY! THOSE A--" Rebecca tried to go off on X, but he held her mouth shut with one hand and continued to speak. " She has the ability to speak to any animal! Watch!" Officer X then glared at Rebecca and she did as they rehearsed. "Okay. Fred. Come here please." She called, holding her hand out twoards the park. Fred the eichhörnchen then jumped out of a baum and ran to the teen, climbing her body and going into her palm. "Hey Rebecca. What's with the cameras?" He asked slowly. He scratched the back of his ear with his foot. "Just wave to the cameras Fred...then Du can go back home." Rebecca calmly ordered. Fred obediantly turned twoards the camera and waved cutely to the cameras, making Chuck and his crew gasp in awe.
After a twenty Minute report, Chuck and his crew left to their studio so they could roll in the piles of money they got from their ratings. Rebecca was sitting under a tree, crying, when Fred came out and landed on her head. "Why ya so blue?" He asked, looking down at her face. "I made a mistake...now I can never take it back.." She relpied, looking twoards the zoo. She then stood up and brushed her legs off. "I have to get them out of that cage. The media won't let them out of their sight once the inventions and mission files get to Chuck Charles." Rebecca then put Fred in her hands and ran to the zoo.....the gates were locked.....
"DAMNIT!!" She screamed, kicking the gates. As soon as she did so, she fell to the floor in pain.
"My stupid cousin must have anticipated me coming back. Just my luck..." Rebecca thought aload, slowly standing back up. As she looked around, she noticed the poster on the Wand Weiter to the gate. It was one of Skipper's escape tunnels! "Come on Fred!" She cheered, tossing the tiny eichhörnchen into the tunnel.
--------------------------------------------------
INSIDE THE ZOO
Suprisingly, Rebecca managed to squeeze her human sized body into the tunnel and get to the other side. There were no Mehr of the men in black, but there were some gaurd Hunde prowling about the zoo. "Those guys look pretty scary." Fred said, looking at the practially bear-sized German Shepards. Rebecca looked around, trying to figure out a way to sneak past the dogs. "Hmmm.." hummed, looking at Fred and smiling slightly. "What?" Fred asked, confused. "Oh, you'll see..." Rebecca replied with a smirk.

Private:
You went to school to learn girl
things Du never knew before
Kowalski:
like "I" before "E" except after "C"
Private:
and why 2 plus 2 makes 4
now, now, now
I'm gonna teach you,
Kowalski Skipper and Rico:
teach you, teach you
Private:
all about Liebe girl,
K,S and R:
all about love
Kowalski:
sit yourself down, take a seat
all Du gotta do is repeat after me

Skipper:
Come on and love...
continue reading...
1
Quarantined New York Chapter 13: Road to Coney island
posted by 67Dodge
'So how are we gonna get outta here Angel?' asked Private. 'Well, this here car can last us for a Monat before it runs outta gas,' replied Angel. 'I have a question, what is VIPA?' asked Kowalski. 'Ugh, it's the failed company that tried to contain the disease in the Arctic colonies in Antarctica, all VIPA buildings closed after workers either became, oder got killed Von the zombies, VIPA, stands for: Viral Infection Protection Agency,' answered Angel. 'Apparently, there were many VIPA buildings in the Silver Pyramids, they were world-renowned,' sagte Kat. 'Alright then, can we shut up about VIPA?...
continue reading...
The New girl of the zoo Part8
posted by Veki-san
—Hello, I´m home!!! —he exclaimed with enthusiastic. —Who miss me? —immediately Mort ran to him while he exclaimed.

—Ok, bad question, don´t touch the royal feet!!!—he yelled annoyed while he shook his foot, when Mort stopped touching it, Julien noticed something. —Where is Maurice? —he asked a little angry, but then a female voice answered.

—Maurice is sleeping now…—Katherine answered him with indifference.

Goodnight and Good Chuck
added by YellowCrimson
again, another one :3 will the penguins be busted? find out in this episode unless Du already watched it ._.
video 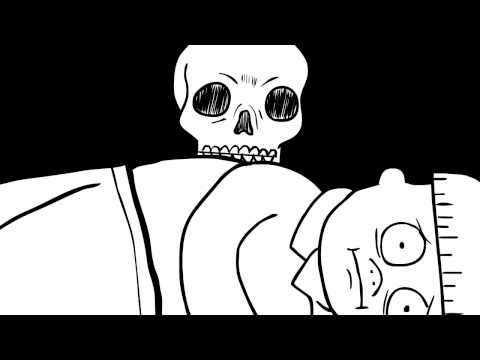 2
birthday skeleton
added by 13thHunter
ok this doesn't have much to do with anything..... bbbuuuuttt i wanted to Upload it anyway X3
video
seleton
birtday
weird
funny 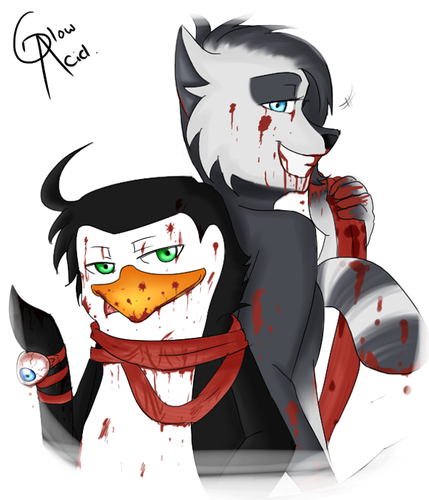 2
Sweethearts
added by Blue_Vanilla
Source: me 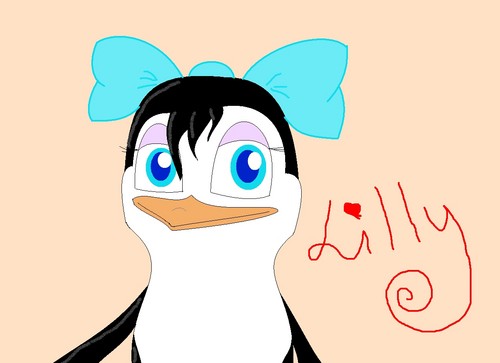 1
Lilly
added by JessyParrot
Source: Me 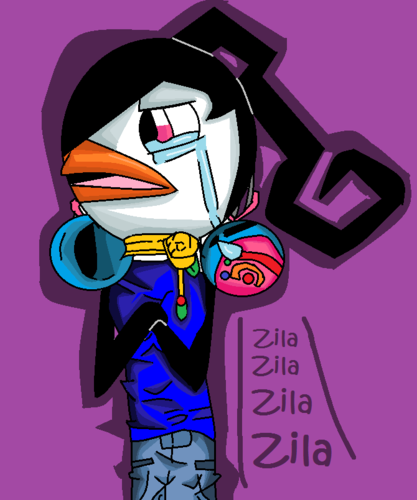 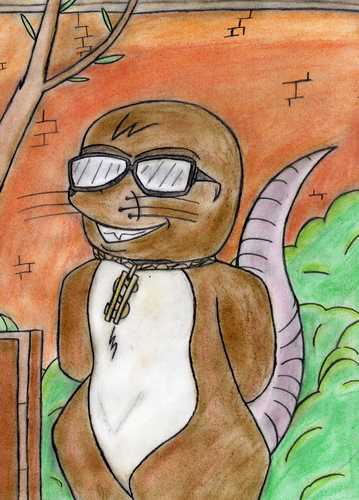 3
Hexter
added by DrBlowhole1
Source: Me 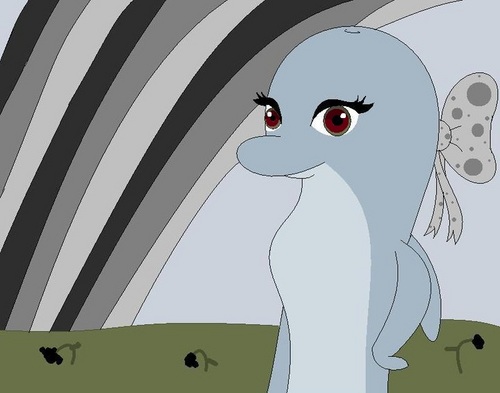 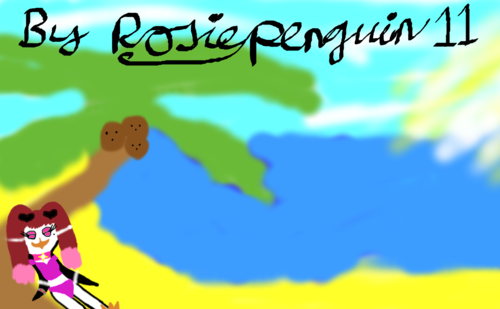 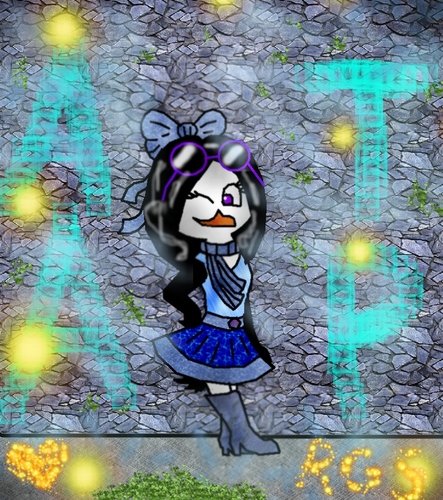 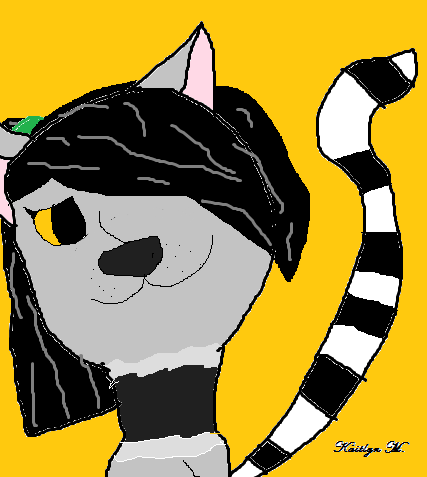 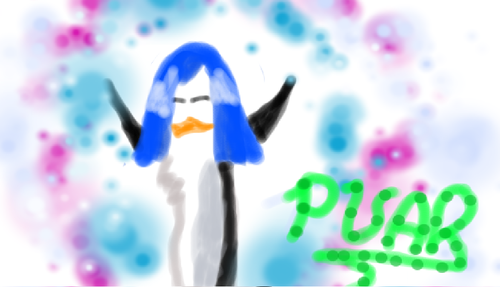 My OC Pu'ar
added by Puar
Source: Me 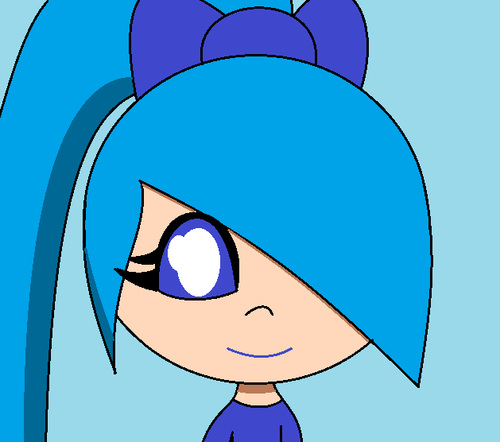 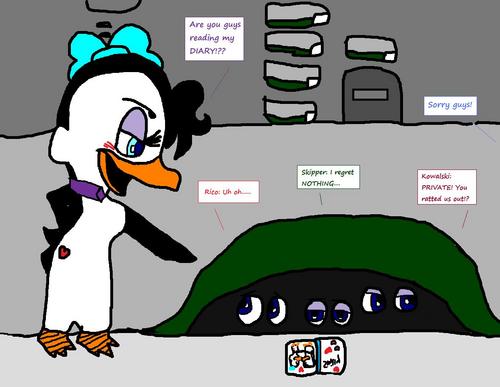 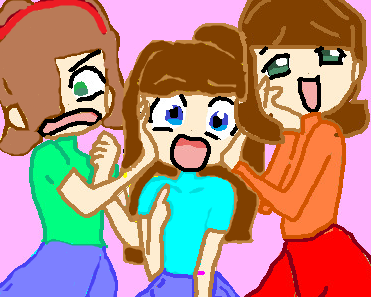 1
Me? ( Humanized )
added by Amberpet
Source: me 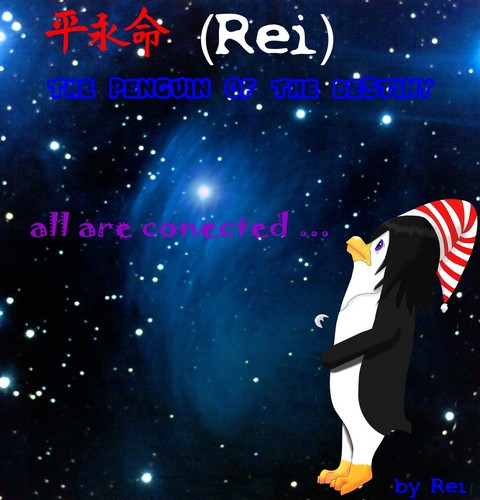