*•All Stones Of Barenziah Locations!•*
posted by zylice
link


After the cut you'll find all 24 Stones of Barenziah locations in Skyrim.

Search the Hall of the Dead in Whiterun. In the first room of the Catacombs on the left Wand near a skeleton you'll find a stone.


Search the Jorrvaskr in Whiterun, you'll find a stone in Kodlak’s room.


In the House of Clan Shattershield in Windhelm, you'll find the stone in the first upstairs bedroom to your left.


In the Palace of Kings in Windhelm, you'll find the...
continue reading...
**•Skyrim Character Builds•** #4- *~Pure Mage~*
posted by zylice

#Combat:
•Use Destruction spells and/or staves to either freeze, burn oder shock your enemies. Du can either dual-cast to deal Mehr damage, oder Du could have a healing spell in the one hand whilst having a defensive spell/staff in the other. This is a good idea if Du don't have many health potions. (Even though Du should really stock up on those. They can be a huge life-saver for several occasions!)

Tired of the game-breaking lag with your 20meg Skyrim save files? Here is a guide to help prevent these issues:

•Go to "Save Data Utility" on the XMB & check how many Skyrim saves Du have. If Du have Mehr then three, Löschen them. Du must only have three saves maximum. Also make sure to Löschen any "Auto-Saves."

Are Du getting bloated save files at 20-90 Megs? Is your precious Skyrim that you've spent 500+ hours slowing down? Don't worry! There's an easy but time-consuming solution to this!

•Unfavourite "favourite" items that you've left in chests and gegeben to followers.

•Dump any hoarded items from your house/s and some accumulating items that Du give to followers in "re spawning items" such as: dead bandit bodies, giant's corpses oder a container that Du don't own. Eventually, these items will disappear from your save file after just a few in-game...
continue reading...
**•Skyrim Character Builds•** #2- ~*BATTLEMAGE*~
posted by zylice

#Combat:
•Use a one-handed weapon (Sword/Axe/Mace) and a DEFENSIVE spell in the other for mid-range combat. (Use frost against warriors & shock/lightning against mages.) This is because the weapon deals enough "offensive" damage, while the "defensive" spell weakens enemies, giving Du time to attack. When the enemy is affected Von the spell Du just cast, run up and smash them up with your weapon. When you're out of stamina, just switch back to your magic. Repeat this until your foe is defeated. If Du do have plenty of stamina, just do a power attack if they're...
continue reading...
Skyrim Role-Playing Guide
posted by zylice
In this topic, everyone can share their ideas of what makes role-playing fun for them and explain the things that they do. I have made a Liste of some of the things that I do which have been inspired Von pages that I will leave Links to at the bottom.

#NOTE#
If you're a PC player, please leave some mod suggestions that can help increase people's immersion! :)
(I will suggest some mods below my own 'rules.')

Here are some of my ideas:


- Only make choices and do whatever your character would do. (#•Stay in character no matter what Du would do.•#)


- Make a journal to record the major happenings,...
continue reading...
Du know you're a true Fan form skyrim if....
posted by UNLIMITEDXD
1) Du can name all the gods

2) Du say oblivion instead of god when surprised

5) Du get emotionally attached to the characters

6) Du know the history of all the holds off the oben, nach oben of you're head 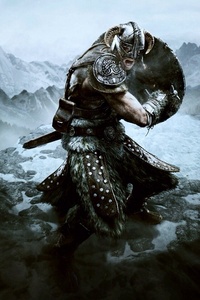 #Combat:
•You need a weapon in one hand such as a: Sword, Axe oder Mace with a shield in the other. Du can either do a "shield-bash" oder a "power attack" to stagger your opponent whilst making time for Du to effectively slice them up. Du could also use a bow for taking out enemies at a distance, then switching back to your shield & melee weapon of choice as they approach you. If Du want to deal double damage, dual-wielding is a great option! It's really effective with groups of enemies (especially with the perks: "Dual Flurry" & "Dual Savagery")...
continue reading...
1
Why I Liebe Astrid
posted by Tawnyjay
First off, I would like to say that I understand if Du think Astrid’s a filthy traitor and liar, but please, hear me out.
Astrid is a strong character in The Elder Scrolls V: Skyrim. She’s a bit creepy and mysterious, but I think she’s honestly Mehr of a victim than anything.
Astrid tells Du in the game that she killed her uncle, and liked it. She is bloodthirsty, but I think there’s Mehr to this than what meets the eye.
She was probably abused and hurt Von her uncle, and was terrified of him. When she finally got up the courage, she managed to get hold of a weapon and kill him, run...
continue reading...
Some Of The Best Destruction Mage Gear:
posted by zylice
Best Destruction Gear:

Apprentice Stone: (Magicka regens 2x faster, but twice as vulnerable to spells.) *•But with armor that doesn't really matter!*•
You Might Also Like... 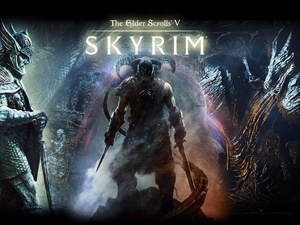 Hello Dovahkiins! I'm Zylice and I will be Schreiben article-guides about some of the different character builds in Skyrim! I have a Liste below of some of the classes & builds I'll be Schreiben guides for. When they're published, they may not be organised Von order of submission. That is why I will name each one with: #1, #2, #3 etc. It does not matter which order Du read them. Just have a look at the archetypes that interest Du and/or read them in order of submission if Du wish! *^_^*

Slow down! Du don't need to run/jump everywhere. Take a walk in the forests.
If Du do run while Du travel, take the occasional rest.
Only travel in good weather. If Du must travel in poor weather, wear appropriate attire. Consider running to find a camp oder cave to wait out the storm.
If Du come across a village, don't keep going. Unless you're doing something important, stop by. See how the livestock and townspeople are doing.
Spend nights in inns oder taverns. If Du are caught in the wilderness at night, stop Von the side of the road as if Du were camping.
For players...
continue reading...
1
Simple Blocking Training
posted by PePs95
I'm doing the quest "A False Front" and i need to "Retrieve the Imperial Courier's Package". After Du ask for the documents, he will become hostile, so stay with your back to a corner inside the Inn and if possible tie a rubber band around your controller so that it keeps the block button (Xbox:LT) pressed all the time. So he will continually strike Du and increase your block skill. Du won't DIE if you're strong enough (my Khajit had block skill 49 when i started this, and after 30 mins he had 58).
Obviously this can be done with any enemy, put this particular guy, named Imperial Courier, won't kill you!!
Also, OH MY GOD my block skill is 61 now and i'm less than one Stunde doing this!! Also, turn on to the Master difficulty to acelerate the training!! Be careful not to get executed oder anything so turn to Adept when you've Lost a lot of health. Run around the Inn and heal yourself with magic. THANKs. My block is 62 now.
Skyrim warrior build
posted by usmc0119 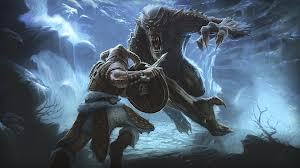 To begin Du should choose the orc race although it's your choice but the orc is probably the best warrior race to begin with. Because they get a +10 Heavy Armor, +5 Enchanting, Smithing, Block, Two-Handed, One-Handed
Berserker Rage : Du take half damage and do double damage for 60 seconds.
As Du can see they are exceptional warriors. When Du leave Helgen which if Du have not played it is the first place Du start at after Du leave travel down the road and your going to want to get the warrior stone. Which Du learn all combat skills 20% faster.
This is very important to get because ounce...
continue reading...
4
Unexpected Attractions
posted by GreeenGuy
This takes place after the quest, "The Cure for Madness" where the Dragonborn lies to Astrid telling her that Cicero is dead, she has doubts and decides to go look for the jolly jester herself.. Feel free to give me reviews! I'll write Mehr if enough people like it!

The Dragonborn tells me that Cicero is dead. And although he has been a loyal member of the family, I don't believe him. His eyes flickered when he told me about Cicero's death. So I'll go to the Dawnstar Sanctuary myself so I can see the jest's lifeless body for myself..

Looking for a deeper Skyrim experience? Here are some rules that can improve your role-playing experience.

Fragen can help deepen your experience when you're not busy completing quests. Is there a particular race oder type of person that your character doesn't particularly like? Does your character have any weird habits like only eating raw meat oder traveling only at night? Are they religious? Do Du place offerings at the shrines? Do they have a tendency to overindulge in drink oder sweetrolls? Do they collect skulls oder pottery? There are literally hundreds of Fragen that...
continue reading...
Du have got to read this bullsh*t!(It's hilarious)
posted by Nicolicious
What is Skyrim?
If Du are a responsible parent, then the world of MMORPG first person shooters should be something of a foreign language to you. In games like Skyrim, players are teleported to far away lands that are cream filled with demonic spell crafting, violent shirtless blood shed and exposed not only Satanic critters, but bombarded with gay under tones of fecal fornication.

In the land of Skyrim, the player starts off as a captured terrorist, who has been caught plotting to destroy the golden empire Von using dragons. Before the player gets to take control of his avatar, they are asked...
continue reading...
1
Dovahkiin
posted by Dragon_Master
Dovahkiin, Dovahkiin,
naal ok zin los vahriin,
Wah dein vokul mahfaerak ahst vaal!

"A really great game that cam out this Jahr from Bethesda and InXile was Hunted: The Demon's Forge. Despite good exposure at E3 and other venues, sort of premiered as Gears of War medieval style (3rd person with cover system), Hunted did not do as well as developers had hoped. In a Jahr full of big name franchise releases, if Du weren't paying close attention to game releases, it was easy to overlook any of them.

As I have been playing Skyrim, I have been seeing alot of similarities in style to Hunted...the difference...
continue reading...
1
Elder Scrolls V : Skyrim
posted by crazeefish
The Elder Scrolls told of Their Return.

The Empire of Tamriel is on the edge.
The High King of Skyrim has been murdered.
Alliances form as claims to the thron are made.
In the midst of this conflict, a far Mehr dangerous, ancient evil is awakened.
Dragons, long Lost to the passages of the Elder Scrolls, have returned to Tamriel.
The future of Skyrim, even the Empire itself, hangs in the balance as they wait for the prophesized Dragonborn to come; a hero born with the power of The Voice, and the only one who can stand amongst the dragons.