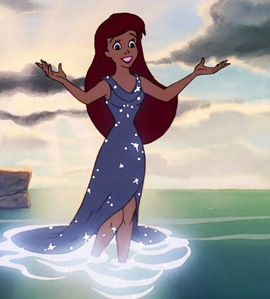 1. Sparkly dress
We now begin a new era of Disney the Renaissance. Disney Princesses are coming in fast and we start with Ariel. I will not be including her as a Mermaid simply because this is her as a woman in a dress not with a tail on. If I was to rate her as a mermaid it would be 10 but as a human 0. I will also not involve her night wear.

1. Sparkly dress
Ariel is now a human she walks from under the sea to meet prince Eric, but unable to speak for now. Her dress made Von Triton is a sparkly silver dress with no accessories on her. It may be nice evening but for me it's missing something attention seeking...
continue reading...
4
Disney princess dreseses: Princess Aurora
posted by andy10B 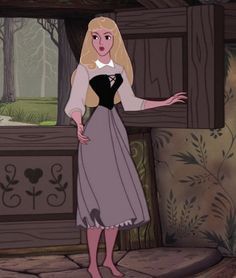 1. Forest dress
Hi there. Thanks for the positive feedback from this i will reply to each Kommentar to say thanks oder give my opinions on what Du think. Today we will be discussing Princess Aurora from sleeping beauty, the last of the classic princess.

1. Forest dress
Unlike the first two she is not a slave, but must hide from malifecent in the forest. Her dress is a black oben, nach oben with grey sleeves, a black rock and a black headband. Sometimes she will have a light brown head cover. Despite her bright blonde hair this is a dark dress for her but it fits well. It is a not a dress for a princess to though but that...
continue reading...
6
Why We Liebe Each Disney Princess: Part One
posted by ace2000
Hi everyone!

So I thought that since Du often hear a lot of negative things about the Disney Princesses from people on Fanpop that it'd be cool to hear some positive opinions that other Fanpoppers hold.

Maybe it could change a view of yours. Who knows?


Why We Liebe Snow White: 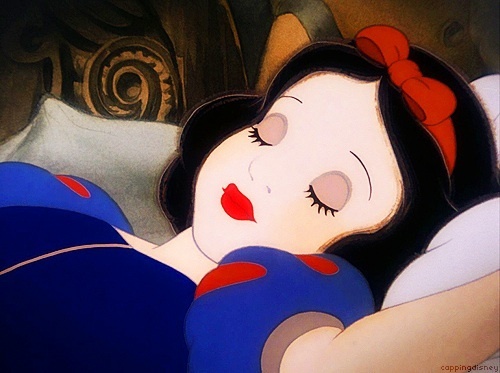 MaidofOrleans:
I Liebe Snow White for her unending optimism. I would argue that she is the most optimistic of the DPs, and I Liebe her message that "you're the one who can fill the world with sunshine." It's very true and is applicable to every situation in life. I also Liebe how she bosses around the dwarfs. It's super...
continue reading... 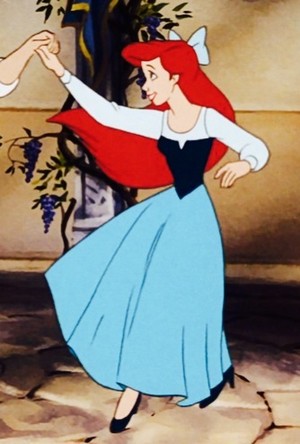 I really like elegance, so I decided to make a Liste of the most elegant princesses. Turns out less than half of the princesses are really elegant. Keep in mind that I didn't just rank them based on how they act, but also on how they look and my first impressions. Also just because someone's royal, it doesn't mean they are elegant. (like Prince Harry) I apologize in advance if this Artikel is poorly written.

When I first saw Rapunzel, I didn't think she was elegant at all and when I saw Tangled, turns out I was right. She doesn't act oder look elegant,...
continue reading... 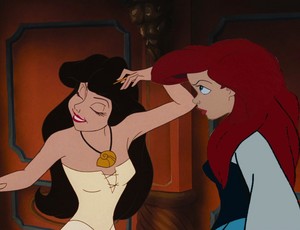 1
Ariel and Vanessa
added by KataraLover
Source: ME
Let it Go: Lea Salonga vs Idina Menzel
posted by deedragongirl 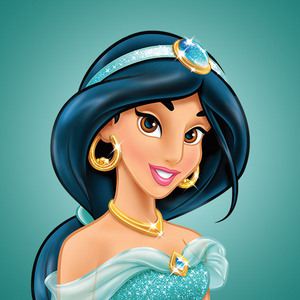 Who's singing voice do you choose? Jasmine?
So, this song has been covered Von a few artists, like Lucy Hale Von turning it into a country version. Then, another Disney star, sterne sang it, it is none other than Lea Salonga herself! Are Du ready for a battle between Team Salonga and Team Menzel? Here we go!

While I enjoy her version, she's a bit pitchy in certain parts. Although at some parts she's very emotional and I like that, because she's very ominous like Elsa and I'm glad that I like her version.

Many of Du know that she was the Singen voice of Mulan and Jasmine, when I heard her version. I thought that she sounds even better than Idina! I would not actually mind her voicing Elsa anyway.
But I guess that they don't want Elsa to sound like jasmin and Mulan!

While both of them are good singers, I would say that Lea is the best singer out of these two! 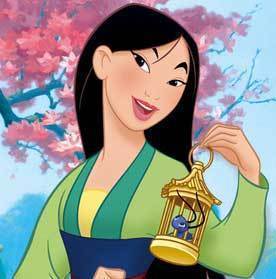 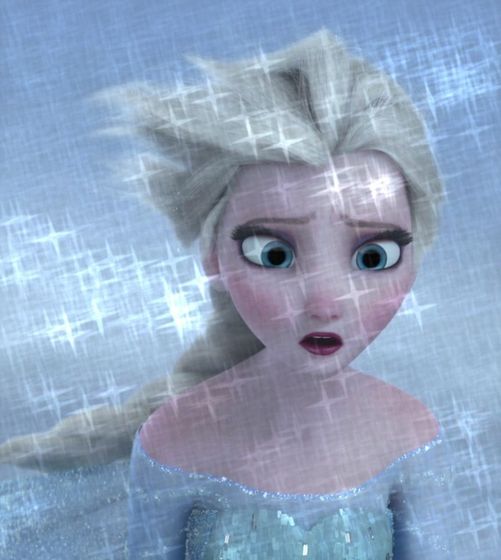 Or Elsa, Disney's Idol?
2
Song Analysis: "So This is Love" and "Dancing on a Cloud"
posted by ApplesauceDoctr 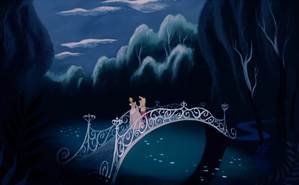 Look down there! It's a song analysis!
Greetings! I'm ApplesauceDoctr, and today I present my fourth song analysis. This time though (somewhat similar to my "Reflection" analysis), I'll be comparing two songs -- "So This is Love" and "Dancing on a Cloud," both of which come from Disney's Cinderella. "Dancing on a Cloud," the deleted song, was written with the intent of doing what "So This is Love" later did -- to Zeigen how Aschenputtel and the prince fell in Liebe with each other at the ball. While the two seem similar at first, further examination shows that the two are a bit different, and it gives a better understanding of why "Dancing...
continue reading...
Similarities between Frozen and Steven Universe.
posted by Renegade1765 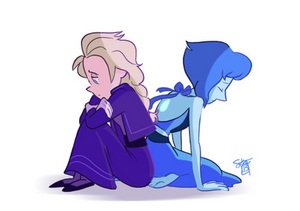 Well,it's been a while since a wrote an article,huh?
It's not entirely my fault,it's just I that my life has its ups and downs and I had to deal with both of them in the past days.Plus,considering how long my Zurück Artikel was that I had to teilt, split it into two parts,I needed some break from that.
But enough talk,let's get into the Artikel itself.
Du may not have known this,but I'm also a big Steven Universe fan.Most of that has to do with the fact of,you guessed it,how much it resembles Frozen.
Now technically,Steven Universe aired about one week before Frozen came out,but the similarities...
continue reading... 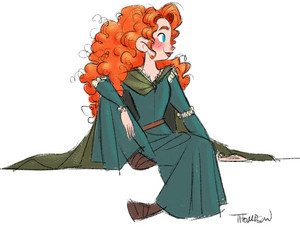 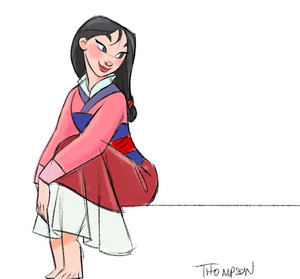 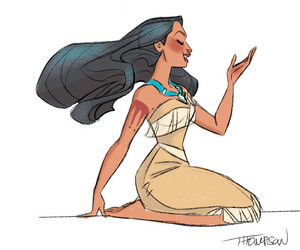 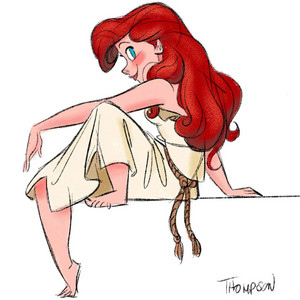 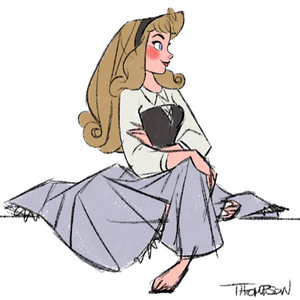 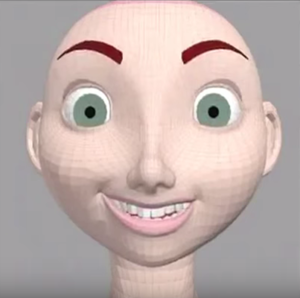 Merida Bald
added by KataraLover
Source: Disney and Pixar
8
Why I Like Anna Mehr Than Elsa
posted by WinterSpirit809
I gepostet this on the Frizen Fan club while back and now I'm posting it here.

Everyone on here that knows pretty much knows how much I Liebe Anna and despise Elsa. I mean, I certainly like Elsa Mehr than I did when I joined in July, but I really hated her when I joined. So that's not saying much.

Right now, Elsa is twelfth place on my Disney Princesses as opposed to thirteenth place like she was when I first joined, while Anna made it to the top, instead of Sekunde place. So, both have moved up on my list, but Anna is still way in front of Elsa on my list.

It may not come as a surprise, since Elsa...
continue reading...
37
Meet the Disney Princess Fans 2015!
posted by laylastepford 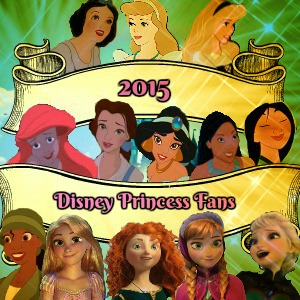 Courtesy of: cruella
Hello everyone! Are Du new to this club and looking for a quick and easy way to get to know members of this community? Perhaps you're a long-time user wondering Mehr about the new users? Whether you're a new user, senior user, oder something in between, here is a chance to get to know a ton of the Disney Princess Fanpop community members! Each person involved is listed according to their Favorit princess, and there is a short summary of that person so we can all get to know each other better. I hope Du all find this to be a nice and useful guide coming into Weiter year.
This is a tradition created...
continue reading...
6
Disney Princess Monthly Calendar
posted by laylastepford 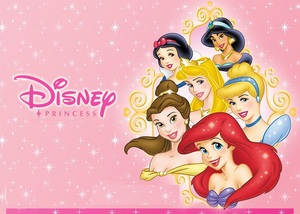 Thought this was really the perfect time for this light read considering which months I think each DP represents the best. :D I did this based on personality and my perception of how those personalities relate to the 4 seasons as well as each month. I hope Du guys enjoy! My apologies to non-Americans as this is heavily based on my American connotations with these months especially in regards to American holidays. Hope Du guys don't mind!

November: Tiana
Thanksgiving has always been my absolute Favorit #1 holiday! I Liebe it because it brings people together over a great meal, just like James'...
continue reading...
1
Why I consider Triton an Abusive Parent, At Least Initially
posted by wavesurf 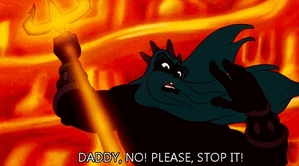 I really think he loses it, here... Raging at a person is not explaining to a person your personal view.
Triton is one of those dads in Disney that absolutely makes me squirm. I don’t Liebe him, and I don’t hate him. But I do find him extremely unnerving, and on the same plane of Mother Gothel upsetting. He clearly alternates between being “nice” only sometimes, and then being really “explosively nasty” at other periods. King Triton’s rule is a patriarchy. I think his abusive tendencies, though, stem from insecurities he has within himself. Triton is afraid of the unknown. He's also afraid of not appearing “manly” enough. ( Bizarrely, this also makes me think of Prince Adam and...
continue reading...
More Cards
91011121314151617181920212223242526272829