This Artikel is similar to MaidofOrleans' Artikel but it has a unique twist. I started Schreiben mine a few days before she gepostet hers. So don't worry I'm not stealing her idea oder anything. Plus she knows it's different from hers. We talked about it in her article's Kommentar section.

Different perspectives - my past memories, my mum's memories, memories involving a friend, other fandom perspective and Kürzlich points of view.

Feel free to use my idea to make your own version if it inspires you. Just make sure Du credit me please for the original idea.

I was so excited when I saw a sequel of Disney’s Snow White out on VHS. Nevermind that the main character looked different, wore a different dress, had a different voice and the Animation seemed Mehr 80’s. The dwarves sisters helped guide Snow White to the villain’s schloss so she could save her prince from a male villain who turned his enemies into stone. It was great and I enjoyed it Mehr than the original. Ah youth. The ability to watch something and let everything else go over your head. Except I did come to my senses on my Sekunde viewing years after as a young adult. I disliked it and thought it was childish. I tracked down the original and thought Disney’s Snow White was superior to it.

When my mum and her cousin (also my aunt because the family from my mum’s side are tight knit) were younger. They went to see Aschenputtel at the cinema. My aunt was so excited to see what Cinderella’s ball kleid looked like. But when watching the iconic moment, she leaned over to my mum and sagte “it’s ugly.” My mum agreed. Mum says she was so disappointed. She thought it was dull, not pretty. My aunt wanted to see something different from current fashion. Mehr fantasy-like and colourful. She wanted a rosa ball gown. And after all of these years, her opinion hasn’t changed. She hates it with passion.

“Sorry I don’t know who she is”- my life long friend.
“Oh I don’t know her” - my best friend.
“That’s not Sleeping Beauty! Sleeping Beauty has brown hair” - my mum.
...and then she said;
“No! No, you’re kidding aren’t you? This is a joke.”
Then I go into Disney geek mode express what her real name is and explain why she is blonde.
....then mum frowns and says;
“Oh. Well in the original story she had brown hair. What was that Du said? (I got tongue tied on saying Aurora) Say it again. (I tried again) Spell it. (Tries to say it herself twice in two different ways - equally difficult). I’m unsure how to pronounce it. Maybe Du could research online on how to pronounce it.”
To which I sagte oder rambled;
“Or we could just call her Briar Rose. It’s easier and I can pronounce it. Of course I’ll always use Aurora online because it’s pretty and I’m using it when I Schreiben about something, not saying out loud for all to hear. But yeah I could look into it, if Du want me too?”
She said; “yes, it would be interesting to find out.”
....that was Mehr than a few years ago. I remember it like it was yesterday. But my mum has no memory of it. Just as well, because I forgot to do the research!

Rewatching the movie as a mature adult, I’m ashamed to say it does seem like Ariel sold her voice and got legs for a man. Thankfully I’m still very loyal to the TV series and know that Ariel has Mehr depth than what is displayed in the movie. Oh how I wish they would release the TV series on DVD (all regions). I miss it so much!

Don’t Du just hate it when Hollywood portrays intelligent people with thick educated sounding voices? They sound like Vulcans from star, sterne Trek. Even animated characters. From my teens to my young adulthood I disliked Belle’s voice for that very reason. In the last two years, I realised Belle’s voice was that way because the voice actress was told to put on a French accent.

Who goes to Disneyland Paris just to buy Puppen that Du can’t find in the local Disney stores? Me. I’ve done it twice. Once in 1999 and another time in 2014. In early 1999 I wanted jasmin in her purple dress. The local Disney store seemed to have Aladin and Genie stuff but only one oder two things of Jasmine. The doll wasn’t special enough. It was just plain and boring and I thought it didn’t look like Jasmine. I remember discussing it with my mum in the car. How although the doll in the store was clearly made Von Disney, face wise it looked like a Mattel version. I don’t know what I was talking about.I was in my own little world. Anyway, at Disneyland Paris, I bought two jasmin Puppen and an Aladin one. The Paris Puppen looked Mehr special. Jasmine’s regular outfit looked gorgeous with the Gold spots decorating the bedlah pants. I got a double pack of Aladin and jasmin in their end of movie clothes. I remember looking in several shops around the park but couldn’t find jasmin in her purple dress anywhere. I was disappointed but I was very happy with the ones I found. So that trip was successful. 2014 trip, I went back hoping the purple dress doll would be in stock. But I forgot a very important detail, the new makeovers. I was so disappointed but I also wasn’t surprised. In every store in the park, Tiana, Rapunzel and Ariel seemed to have the biggest Weltraum for merchandise. Followed Cinderella, Aurora, Snow White and Belle. Merida and jasmin had a very small section. Pocahontas and Mulan didn’t have a section at all. Nah, clearly the new makeovers took over the merchandise, Wiping out the old merchandise of the Renaissance era. Who knows maybe they ran out of stock completely on the Jahr oder a few years after 1999?

Two days after watching the movie for the first time, I bought another film about Pocahontas. It was live action and for some reason, I thought it was a live action version of the Disney version. The film was closer to her historic life than the fiction that Disney created. I remember learning about Pocahontas in school, thinking oh my god she was a real person?! And then thinking hmmm nah, I prefer the Disney version. Now as an adult, I still don’t care much for the history. I like Disney’s Pocahontas on her own meaning her personality and spirituality. But I’m not loyal to the movie anymore. I tried to watch it as an adult after about ten oder Mehr years since I watched it last. It bored me. I ended up turning it off and giving it away to a friend to keep.

I didn't know who Mulan was before watching the movie and the special features on the DVD. I remember being in awe, thinking wow, she was a real person! Later several years on I realised my mistake. Folklore person who may have been real but might not have been.

I had a "Tiana moment" whilst looking at rankings for Favourite Winx Transformations last night. Enchantix is Mehr often than not, no.1 on each list. But I was looking at the group picture thinking I used think they were the best. But Layla/Aisha has the worst outfit, it looked gorgeous in blue. Like Tiana does in her Sekunde party dress. Why did they change?! Layla/Aisha looks better in blue than she does in green. However out of the two, Tiana can pull off wearing green, better than Layla/Aisha can.

Mum watched Rapunzel – Neu verföhnt with me, a few years ago. She didn't like Rapunzel during the first half. Mum found her annoying, whiny and childish. During the Sekunde half, Mum liked her more. She thought she was mature and less whiny. I just sat back in silence let my mum form her own opinion. I remember agreeing with her during the first part. It was a time when I hadn't made up my mind about how I felt about Rapunzel. I liked her but I didn't Liebe her. Her popularity annoyed me and in general I wasn't a Modern era Princess follower.

I've watched Merida - Legende der Highlands four times. Each time, Merida has been my favourite character. But whilst I Liebe her. I can’t help but think she doesn’t belong in official DP franchise. The movie doesn’t feel like a Disney movie. It feels like one of the better animated Filme like Anastasia for example from another company. It’s a pity she couldn’t be a beliebt standalone princess like Anna and Moana. Because that’s where she belongs I think. Alternatively, this is not going to happen but we can fantasise; make a franchise for heroine warriors, include Kida, Jane, Nala and anyone else who fits.
Kristina_Beauty, MissCinico and 2 others like this
wavesurf Interesting summation of thoughts! Thanks for sharing them, PrincessAyeka!
PrincessAyeka12 Thank you! I enjoyed dipping into my memories and writing about them.
6
·*·New DP Icon contest 1 Jahr anniversary·*· winners from rounds 1-60
posted by euny
The New DP Icon contest it's not that new anymore, since it was created nearly a Jahr and a half ago. The anniversary was actually on july, but I noticed I haven't done anything especial to celebrate it, so this Artikel is the first of many surprises to come related to the New DP Icon contest. Let's start!

Every ten rounds of the contest, I made a Umfrage with all the winners from those rounds. These were voted the best Icons Von the fans.

This beautiful Icon made Von MissAngelPaws was voted the best out of the winners of the first ten rounds of the contest....
continue reading... 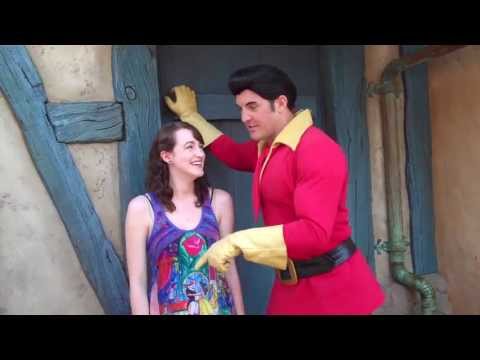 2
Five Reasons To Liebe Princess Ariel (For Those Who Don’t)
added by SierraNelson
video
13
The Power Of Friendship (Chapter 20)
posted by mhs1025
Pocahontas woke up from her rather long nap. "I thought I wasn't gonna see Du until the morning!" John greeted half-joking. "How long was I asleep, Jokester?" Pocahontas asked. "About afew hours." John answered. "WHAT? I thought I was asleep for only 20 minutes!" Pocahontas exclaimed. "You needed to rest after what Du recently went through." John said. "You're right." Pocahontas replied. "Everything will get better, love. I just know it." John soothed. 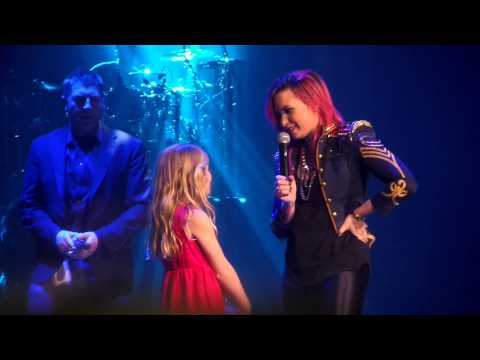 2
The Little Mermaid Opening
added by dee389
It's HD!
video 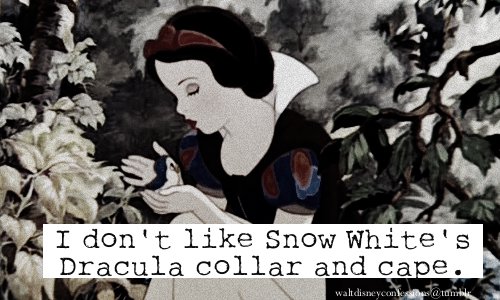 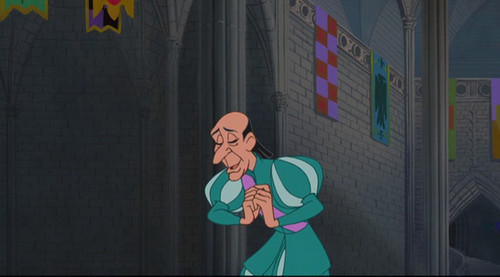 2
Verzaubert Tales: Follow Your Dream
added by cynti19
Source: disneyscreencaps
1
BB2010 watches Aschenputtel II: Dreams Come True
posted by BB2010
This is another sequel I haven't seen in forever. Longer than forever, actually. I would say I'm excited to watch this but after Pocahontas II: Journey to a New World I'm not looking vorwärts-, nach vorn to watching this one.

How much did I like this movie as a kid?
The beginning of this story is exactly the same as the one about Pocahontas 2; I wasn't into the original that much when I was a kid, but then this cartoon Disney movie with familiar faces came out, begged my dad to get me a copy, fin. But unlike Pocahontas 2 I actually did...
continue reading... 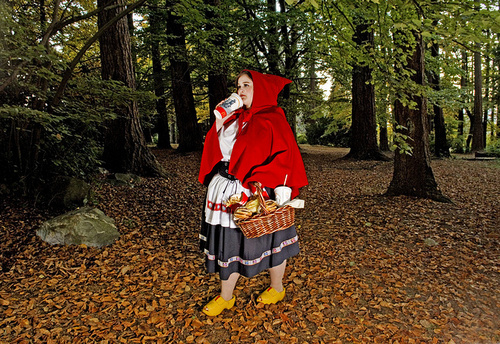 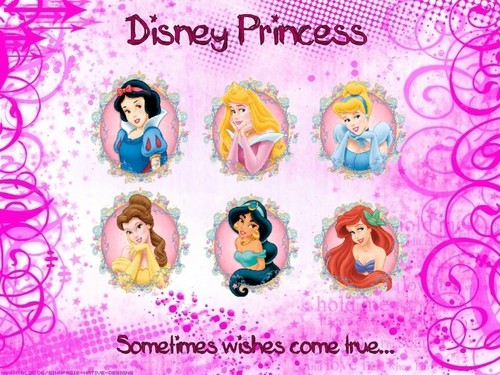 6
Disney Princesses
added by chameron4eva
Source: Not Mine 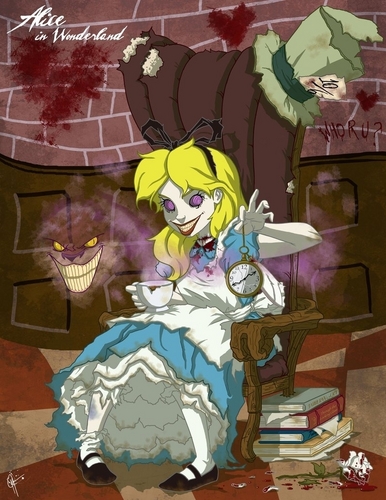 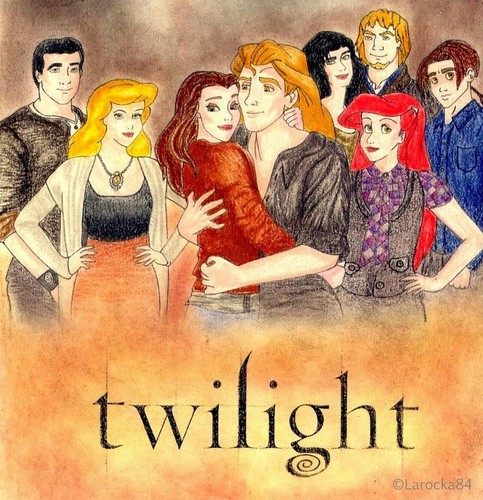 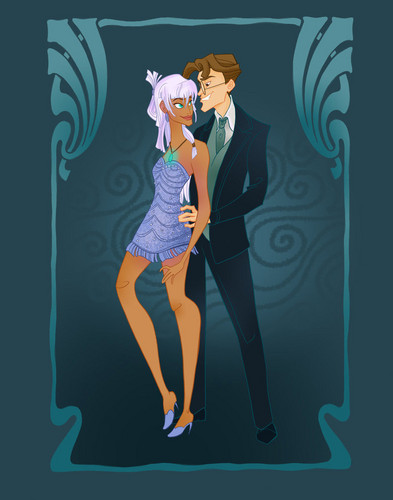 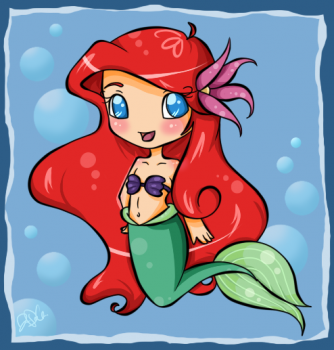 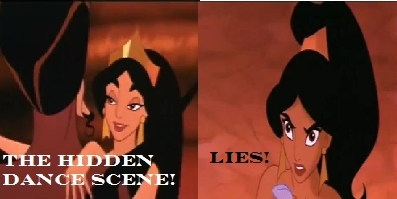