4
Gale Harold Get Better and Return Soon!!!
posted by SebiBaires

Gale Harold was in critical condition Wednesday after the "Desperate Housewives" actor crashed his motorcycle the Tag before, a hospital spokeswoman said. Harold was awaiting further tests at USC Medical Center, spokeswoman Adelaida De La Cerda said. She gave no further details on his injuries.

Publicist Nancy seltzer, selter sagte Wednesday that Harold fractured his shoulder, and "Housewives" creator and executive producer Marc kirsche sagte he apparently has swelling on the brain but is expected to recover. "We're hearing he's going to be fine, but he's going to be recovering for a couple of weeks,"...
continue reading...
9
“Desperate Housewives” Spoiler: Lynette Scavo Child Death
posted by SebiBaires

Desperate Housewife Lynette Scavo, a portrayal made famous Von actress Felicity Huffman, will lose one of her five children during this year’s season finale, tabloid moles for The National Enquirer say:

“Eva Longoria made noises early in the season about leaving and moving to San Antonio to be with her NBA husband, Tony Parker, and Nicolette Sheridan’s eternally disgruntled - but they’re both coming back Weiter season. So the producers, desperate for drama, turned to Lynette’s family. The death of her child will really amp up the tragedy and emotion her character will suffer in the season finale.”

Dave Koz and Dana Glover "Start All Over Again"


To celebrate the release of his new album, Hello Tomorrow - out today on Concord Records - GRAMMY nominated saxophonist Dave Koz is giving away a free download of "Start All Over Again" featuring singer-songwriter Dana Glover. The free track will be available at his website, davekoz.com.

Dave and Dana will guest star, sterne in an upcoming episode of the hit series...
continue reading...
5
Todd Grinnell: "the local actor wins nods on 'Housewives' "
posted by SebiBaires

Locals will be seeing a lot Mehr of West Newbury native Todd Grinnell, who landed a role on NBC's "Desperate Housewives" after starring on NBC's short-lived series "Four Kings" with Seth Green and Josh Cooke.

"It's a neat experience to be on a Zeigen that's got this many viewers — people just Liebe it," Grinnell said. "It's a totally fun role to play, and Marcia Cross, Kyle MacLachlan and Shawn Pyfrom, who I've been mostly working with, are outstanding actors and people. Everyone is totally welcoming, and it's a real treat to work with everyone."

"In the Sekunde episode, it was revealed that my...
continue reading...
8
Confirmed!! Andrea Bowen leaves Desperate Housewives
posted by SebiBaires

According to the Artikel published in link

We knew that one fallout of the shocking 5 Jahr leap on Desperate Housewives would be the loss of oder recasting of certain characters on the show.

It seems that one of these instances will be with Susan's daughter Julie, played Von Andrea Bowen.

Bowen first thought that she might have to cut her hair oder something, in an attempt to look older; she was completely surprised when she learned that her character was being removed from the Zeigen entirely. Teri Hatcher - who plays her TV mother Susan - was really upset about this news and has said, "This is a totally...
continue reading...
7
Desperate Shocker: Gale Harold Not Coming Back?
posted by SebiBaires 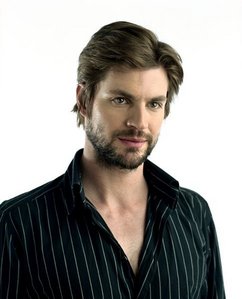 First word was not promising for the supposedly recuperating but "majorly injured" Desperate Housewives star, sterne Gale Harold to be returning to work soon.But things may not be quite as reported.

"He's really very majorly injured," remarked a Quelle close to both Harold and the Desperate Housewives set. "I don't believe he'll be coming back."

When Desperate Housewives central was contacted, there was no Kommentar regarding the too sad news. However, other sources close to the production (whom creator Marc kirsche just surprised announcing that he wants to stay around for seasons eight and nine), told...
continue reading...
5
Desperate Housewives: Favorit Female Main Character
posted by tp1992
Voted Von the Fans on Fanpop 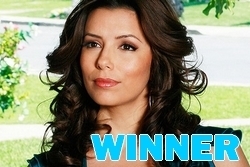 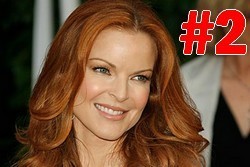 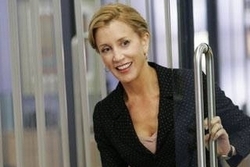 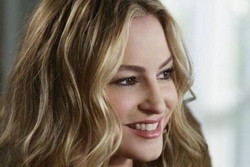 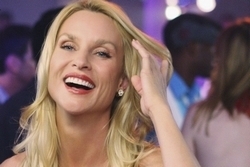 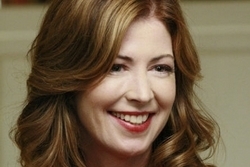 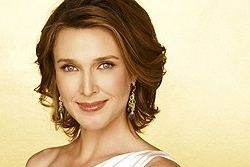 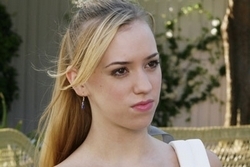 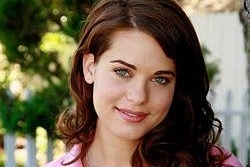 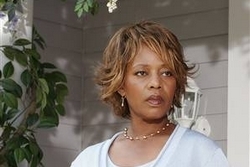 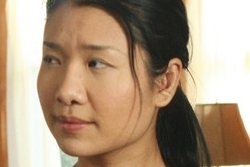 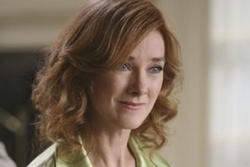 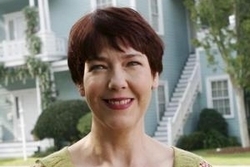 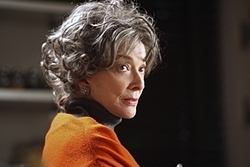 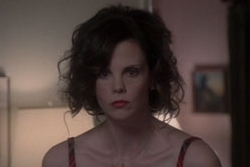 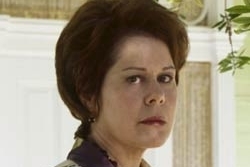 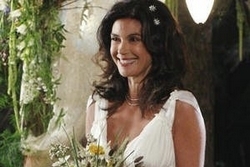 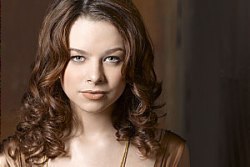 8
Tribute to Edie Breet.
posted by Lucia322
I'll be honest I never really liked Edie. She was the part of Wisteria Lane's life, but I'm sure not many of us can call her our "favourite one". But I changed my mind. As far as Du know Edie died in episode 19 season 5. All I have to say has already been sagte in the end of the episode. But I feel sorry for that I never liked her. Edie Breet was great. I wish I understood it earlier.
Gabby: Edie Breet was sexy.
Bree: Presumptive.
Lynnette: Strong.
Mrs. McCluskey: Beautiful.
Susan: One of a kind.
Edie: And that is how Wisteria Lane came to be my final resting place. My ashes were spread on a grass...
continue reading...
2
Joan Collins Desperate to be on Desperate Housewives
posted by SebiBaires

She’s tried before and failed, but she’s willing to try again. Even if it means undergoing plastic surgery to get there. She has tried to be on “Desperate Housewives” before, as Susan’s mother, but Lost the role to Lesley Ann Warren. Joan thinks that if it’s her looks that are the problem, she’d happily go under the messer to become beautiful once more. Surely I can’t be the only who thinks that this all sounds a touch too “desperate”? As she says, “‘Desperate Housewives’ is one of the best things ever to hit television. I’d jump at a Fernsehen series.” Du have to admit, the Zeigen sounds exactly like something that would be up her alley. Surely they can find SOME sort of part for her, I’d think.

8
"McClusky wins an Emmy"
posted by ghosty_girl
I would like to congradualate Katherine Joosten (i think thats her name lol) for winning the emmy for guest star, sterne actress, on the 21st of september, 2008, shown on the 60th annual emmy awards. she was the only desperate housewives related actor/actress who won an emmy this year. i never thought that joosten would win an emmy, i hafto admit. but she does a fantastic job playing Karen McClusky, an elderly lady on Wisteria Lane. In the first season, i loved it when she was having a mini war with Lynette Scavo. Another thing that i Liebe about her character, is when she says "crap!" i mean, how often do elderly ladies say things that are out of their field? oh, and another thing, i loved it how the writers gave her her own story line

Gabrielle & Carlos
5
Deaths In Fairview on Wisteria Lane
posted by MikeDelfinoHOT
The death toll in FairView has reached an alarming rate of 36 people who have died over the years and Those People are:

They should change the shows name to Desperate Hags!
Not one of those ladies, besides Eva has remotely aged gracefully. The Golden Girls had Mehr sex appeal! I think they need to contact Susan Lucci's lighting director and stop shooting in HD. Not to mention Brian looks like a old B. A. G. I know he is not that old, but his forehead looks like a road map. I am all for aging gracefully, and not getting "dental work" done, but come on.... 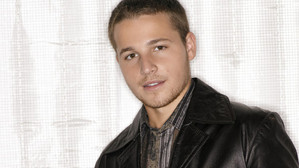 As shown in the last Minuten of the Sekunde half of the two-hour season four finale, season five will take place five years into the future. Due to the time jump, several actors won't be returning to the show. The child actors will not be back (i.e. the Scavo children), and some of the teen actors, Lyndsy Fonseca (Dylan) and Andrea Bowen (Julie), will also not be returning to Wisteria Lane (although their characters may). Shawn Pyfrom (Andrew), however, will be staying on the show, and as shown in the time jump. He is now Bree's assistant. Although Joy Lauren (Danielle) was not shown in the...
continue reading...
12
spoilers for season 4 episode 5! **DON'T READ IF Du DON'T WANT TO FIND OUT WHAT HAPPENS**
posted by xDHmadx
Episode 4-5 "Art Isn't Easy" October 28

The episode is rated TV-14, L,V, so expect some violence!

Katherine (Dana Delany) gets her hands on the note her aunt left before she died. But despite her best efforts to dispose of the note, Katherine learns Dylan (Lyndsy Fonseca) has it! What will happen now that Dylan knows part of Katherine's past? Adam (Nathan Fillion) also appears.

A memorial service at a church is packed with mourners. Gabrielle sits in the front pew, dressed in black. Overcome with emotion, she flees the church....
continue reading...
6
Nicolette Sheridan pregnant with first child?
posted by iluvspike4eva

The Desperate Housewives actress, who got engaged to singer Bolton last year, has been asking co-stars Felicity Huffman and Marcia kreuz about pregnancy and motherhood.

A Quelle said: "She's absolutely glowing and her pregnancy is the buzz of the set.

"She kept asking Felicity and Marcia about how the pregnancy would change her appearance and if it would make her hair thinner."

Sheridan recently spoke about wanting to start a family, saying: "I don't know how I'd have time to deal with it, but being a mum is so special. Of course, if it happened, I would just make time!"
9
Updated!!! Deaths in Fairview
posted by MikeDelfinoHOT
The death toll in Fairview has reached an alarming rate of 36 people who have died over the years and Those People are: Updated to 43 people.