Cameron Diaz Biography on my fav actress:
posted by LisaForde
Cameron Diaz was born on August 30th 1971 in San Diego. She has one sister called Chimese Diaz. Her father Emilo died in 2008. Before Cameron became an actor ,at 16, she began her career as a fashion model. Diaz signed with oben, nach oben modeling agency Elite Model Management. After graduating from high school, she went to work in Japan and met video director Carlos de la Torre. On her return to the U.S., she moved in with him and had a five-year relationship from the time she was 17 until she was about 21. For the Weiter few years, her modeling took her around the world, working for contracts with major...
continue reading...
2
What Happens in Vegas!
posted by Sally05 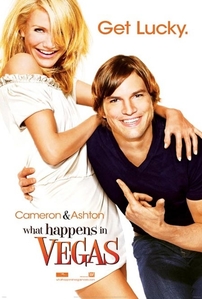 I recently saw What Happens in Vegas and I thought it was such a cute movie! Ashton and Cameron are like Romeo and Juliet. They were just meant to be in this movie. On oben, nach oben of that, Cameron co-starred with Lake glocke (Over My Dead Body), who is her alcoholic partying best friend, while Ashton teams up with Rob Corddry (Semi-Pro), Ashton's idiotic lawyer who is constantly giving Ashton horrible ideas on how to divorce Cameron. Those two made the movie even Mehr hilarious than Ashton's and Cameron's baguette fights in park.

The movie consists of "punching people's junk" and a lot of drunken fun. I recommend everyone to see this movie if they Liebe happy endings!

Also, check out these awesome What Happens in Vegas websites!