Credit to CrystalSC
This studious discovery is Von no means something credited to me, it's the lovely work of 'Imblack21' at DH but i felt the need to share. It really warms a b/a Liebhaber heart!

In the episode “Angel” in which Buffy and Angel – Jäger der Finsternis decide to walk away from each other, the song playing is “I’ll Remember You”.

3 years later, there is an episode where they come back together before parting again and the writers called it “I Will Remember You.”

In "Welcome to the Harvest", Buffy tells Angel, “Maybe I don’t need a friend” and Angel – Jäger der Finsternis replies, “I didn’t say I was yours”...
continue reading...
25
David and Sarah Zitate on B/A
posted by AngelusB 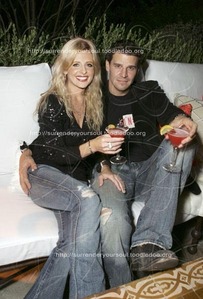 #1. "I believe that Angel – Jäger der Finsternis is her true love, and I believe she will never Liebe anyone the way that she loves Angel. Will she fall in Liebe again? Ya know, in her mind she thought she had fallen in Liebe with Riley, even though it wasn't what it was supposed to be, but nothing will ever be Angel. And um, I'm hoping, at some point, they find their way back to each other. We'll have the Buffy Angel – Jäger der Finsternis hour, we'll have two-hour episodes every week and I'll never go Home at night, we'll go on forever."

Angel: “It is confusing. And I…when we’re apart…it’s easier. It hurts, every day. But I live with it. And now you’re…you’re right here…and I can actually reach out…and -- it’s Mehr than confusing. It’s unbearable.”
Buffy:...
continue reading...
3
My oben, nach oben Ten Episodes For Bangel Scenes
posted by Flickerflame 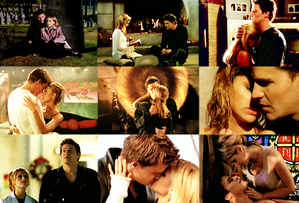 Bangel scenes
I'm listing my oben, nach oben ten Buffy The Vampire Slayer and Angel – Jäger der Finsternis episodes in terms of Bangel scenes. They're in chronological order, no hierarchy, because I don't think I could rank them fully.

This is the episode where their Liebe is confirmed to be mutual and they first get together, so it had to be on this list. I thought the way it happened was so cute. Their first KISS was beautiful, but what I really Liebe in this episode is the ending. They talk about how they're Liebe has to be doomed, but they can't walk away, and when they KISS for the Sekunde time Angel – Jäger der Finsternis doesn't pull away even though...
continue reading...
3
Why I Liebe Bangel
posted by HoltNLucy4Ever

Ever since I first started watching Buffy The Vampire Slayer, I've always felt that Angel – Jäger der Finsternis was a better match for Buffy than Spike. To me, Bangel is the perfect couple and they're soul mates who are star-crossed Liebhaber like Romeo and Juliet. They've had to deal with things that no other couple have had to deal with but yet they've come out strong in the end. Angel – Jäger der Finsternis is the one that Buffy truly is meant to be with because she told him she was cookie dough and not fully baked while Angel – Jäger der Finsternis told her that he wasn't getting any older. They have been through a lot and I will always Liebe them. I've always...
continue reading...
1
The Shanshu Prophecy - My Opinion
posted by Flickerflame
When I first heard of the Shanshu Prophecy, my opinion was pretty much the same as what I assume most Bangel Fans were thinking - yay!! Finally a way for them to be together, without any of Angel's break-up excuses. And of course, I was assuming it'd happen well within Buffy's lifetime.

Then I rewatched IWRY and that made me think. Wouldn't Angel – Jäger der Finsternis turn down the Shanshu, if he could, like he eventually turned down being human in that episode? The reasons still stand, unfortunately.

Then I got a new idea. I'm still not sure if I like it oder not. My opinion tends to vary. 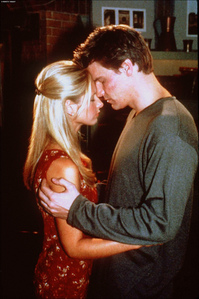 Angel 1x08 "I Will Remember You"
As Du can notice I'm a huge Bangel shipper, I can say I just Liebe them to death!
They are everything I admire and look for in a relationship. I Liebe watching romance, true, passionate Liebe and heartbreaking moments.
That is all I can think, of when it comes to Buffy & Angel.
Having a true Liebe is such a rarity, not everyone have that luck to find that very own Sekunde half of an apfel, apple (this is how we say here;)). Buffy and Angel – Jäger der Finsternis had, not for long, but what they experienced with each other can not be compared with anything else.
How special it has to be, if the man who walks the earth over...
continue reading...
1
Bangel Is.....
posted by Flickerflame
In this Artikel I'm going to Liste adjectives describing Bangel and then name 5 scenes/moments/quotes which I think fit the description. The idea was inspired Von link in the Jate Fanpop club.

Cute
1. The scene in Angel's apartment at the beginning of Surprise
2. Küssen through the window at the end of Ted
3. Flirting in the küche in the episode Angel
4. Buffy trying to give Angel – Jäger der Finsternis his leather jacke back and him replying...
continue reading...
11
I Will Remember Du
posted by 0oSquirto0 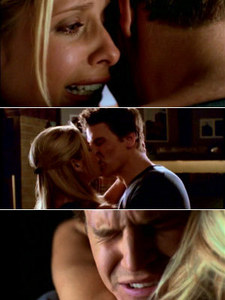 This is the Sekunde time in the series that Angel – Jäger der Finsternis gives up a chance at happiness. In the episode, "In the Dark", he relinquishes the ability to walk in the sun.

This episode is the first time that Angel – Jäger der Finsternis makes an arrangement that causes those around him to forget something significant in order to protect those he loves. In the season four finale, "Home", Angel – Jäger der Finsternis alters everyone's memories so that his...
continue reading...
6
Bangel Zitate (Season 1)
posted by jamboni

Bangel's First Kiss (from the episode Angel)
Welcome to the Hellmouth (EP01)
Angel: Ah, heh. Is there a problem, ma'am?

Buffy: Yeah, there's a problem. Why are Du following me?

Angel: I know what you're thinking. Don't worry, I don't bite.

Angel: Truth is, I thought you'd be taller, oder bigger muscles and all that. You're pretty spry, though.

Buffy: What do Du want?

Angel: The same thing Du do.

Buffy: Okay. What do I want?

Buffy: Sorry, that's incorrect. But Du do get this lovely watch and a year's supply of schildkröte Wax. What I *want* is to be left alone! 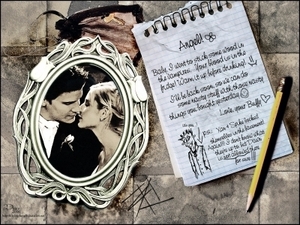 Buffy the Vampire Slayer and Philosophy
Fear and Trembling in Sunnydale

The essay in question:

Background from the essay...

[Q]Let's talk about Angel. Does it make Du proud that your Buffy compadres have gone on to create their own successful spinoff?

Oh, it's been great. It was sort of like, Hey, we launched that. In my opinion, Buffy and Angel – Jäger der Finsternis should be together forever, but I understand for storytelling purposes, it's not to be be. And I think it's great that there are Mehr stories that can happen.

[Q]So, Du think Angel, not Riley, is the one for Buffy?

I'm also going to explain my preference Von criticising her other pairings. Angel – Jäger der Finsternis gets criticised for making some decisions on her behalf, but I think the others are worse.

It would have been so great to see Buffy be a part of Angel – Jäger der Finsternis season 5 like the writers wanted her to be.
Having Buffy and Angel – Jäger der Finsternis reunite would have been beautiful, although with Spike being there it would probably be kind of awkward and complicated. But I did like how the episode turned out and that Cordelia had a well-written death.

"In all that time, no one ever mattered, not like she did"

I know some people ship Angel – Jäger der Finsternis with Faith, but I see their relationship as a friendship, almost sibling-like. I like it that way. Keep it that way.

I'll rate both these pairings at once because it's the same things I can say about both.

Warning: this may become a rant.

I liked the friendship between Cordy...
continue reading...
3
Why Spike isn't that horrible of a guy
posted by srsloveslayer
i had always thought that spike was a horrible guy to everyone and to buffy, but in the last four episodes he changed and now i "kind of " get why everyone loves spuffy. Sure Angel – Jäger der Finsternis had a soul and loved buffy and saved her life alot, but he didn't say uplifting oder romantic speaches like spike [or none that i can remember]. Spike also helped and cared for buffy even without a soul ,which is Mehr than i can say for Angel. And getting a soul back for buffy [who at that time didnt really care for Spike]was an amazing thing to do , just getting to the end of the world and back is hard let alone going...
continue reading...
3
Bangel Heaven: I Never Forgot
posted by princess_16
It was made in a way like BtVS and AtS ended at the same time and Angel – Jäger der Finsternis got back in his old office.

Sunnydale is shattered to million pieces. Town with only one Starbucks Shop will never serve another deamon again. Buffy looked back to it with many memories, both good and bad. Mostly bad ones that magicly got covered with good ones. Who knows, maybe Willow had her fingers in that too, but that's another story that shouldn't be touched. Good old Scooby Gang after the disappearance of their beloved town sat in yellow school bus and headed to L.A. Xander wasn't a big Fan oft hat idea, but...
continue reading...
14
Spuffy vs Bangel (debate on Spuffy vs Bangel spot)
posted by 0oSquirto0 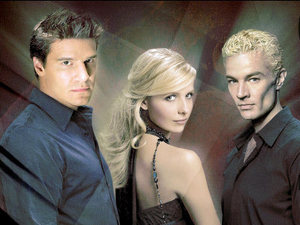 Come and Mitmachen the Bangel team on the Debatte of the Bangel vs Spuffy spot.

Well I am sure that this topic had been discussed in great length but who is better? I personally think Angel, Buffy and Angel – Jäger der Finsternis were Soulmates just because they couldn't be together doesn't mean they don't Liebe each other. I am calling a Debatte for all Spuffy and Bangel fans, I myself am on the bangel side. Here is my argument. 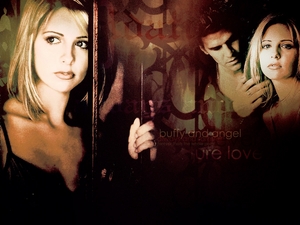 Buffy & Angel Ture Lovers
Well, I have a lot thoughts about why Angel – Jäger der Finsternis felt that he should let Buffy go . That just doesn't make a lot since to me at all.

I mean that ,they are the hottest couple in the Buffy and Angel – Jäger der Finsternis Series.

Buffy didn't do anything wrong that would made Angel – Jäger der Finsternis to leave her.