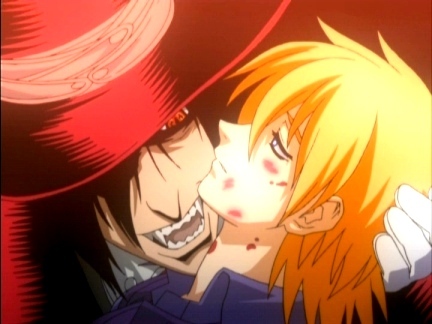 Hehe... Thanx! You know how much I love this pairing and want to make them be a coupe xD

No argues here! Totally perfect! <3
Just lets not forget how they act! They never acted exacitally like master & servant! They liked each other like something more. It was very obvious! 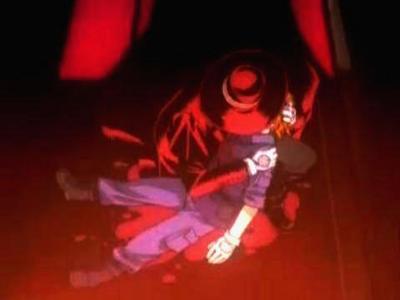 Lol, thanx! And yeah we can never forget that! <3

Vor mehr als einem Jahr DRAGOREX said…
You should also have said that when Seras came to and he said and yet another beautiful moonlit night he was in a way refering to Seras because he only ever called it a beautiful night when he turned her and that night at the tower of London.IM AGUY BY THE WAY!

It's in Exibit 3. It was how he said in the Japanese version. =3

What episode is Exhibit 19?

Vor mehr als einem Jahr AnonyMouse1412 said…
Though quite unrelated, Tiger Lily is just one of the people who had a crush on Peter Pan. Peter on the other hand has a long history of crushing/falling in love with daughters of the Darling family. Though it was not written if he fell in love with Wendy Darling(I think not).

Vor mehr als einem Jahr janeswurld said…
this really blew my mind D:..im so sad now. I was shipping them so hard :( but when i saw the last scene. When Integra says shes older it really did remind me of peter pan. :'(

vor 7 Monaten AnidrauSan said…
Ik this post is already old but I wanted to write that I agree with you 100% in my opinion from the beginning it was clear that seras feels something to alucard not only father daughter relationship and im soo happy cause i love this couple so much.
Something to say? Sign in with one of these options:
Log in to Fanpop! Not yet registered? Create a new Fanpop account!