Nick Wolfe sat at the edge of the creek, the same one where he met Princess yesterday. He looked around, trying to see if there was anymore fish. Luckily enough, there was a big, fat Burbot swimming the shallows. Nick Wolfe stealthily sneaked up on the Burbot, and then grabbed it with his mouth.

"Gotcha!" Nick Wolfe exclaimed, carrying the Burbot in his mouth.

"Nice catch..." Princess congratulated, smiling a little. Nick Wolfe walked over to Princess and gave her the Burbot.

"For you!" Nick Wolfe happily exclaimed, his tail wagging. Princess blushed and ate the fish.

"Thank you..." Princess thanked Nick Wolfe, nuzzling him a little. Nick Wolfe blushed and hugged her.

Suddenly, Nick Wolfe's ears perked up. He sniffed the air around him and Princess and felt an odd presence. It felt cold and malicious, like a psychotic serial killer was stalking them.

Suddenly, a creature similar to the first one, this time with wings, dived down and grabbed Princess in its sharp nails!

"Princess!" Nick Wolfe jumped, trying to save Princess. However, as he jumped, another creature jumped at Nick Wolfe, knocking him over.

"Grishafh!" The creature roared in gibberish, oder some other strange language.

"Leave me alone!" Nick Wolfe snapped, stabbing his sword into the creatures head.

Nick Wolfe tuned his ears in the direction of the valley, and heard screams emanating from the valley. Nick Wolfe breathed in and out, and ran as fast as he could to the valley, worrying about what could be there.

As Nick Wolfe reached the valley, he noticed three Alpha wolves, Kate, Claw, and Scar cornering a creature. The creature lunged at Kate, but before it could claw her throat out, Nick Wolfe shot an Arrow through its head, killing it.

"What are those things?! And what have they done with Garth and Lilly?!" Tony demanded.

"I don't know!" Nick Wolfe answered defensively, "And what happened to Garth and Lilly?!"

As soon as he finished that sentence, a winged creature was flying off, carrying Garth and Lilly in it's sharp claws.

"Dammit!" Nick Wolfe cursed as he chased after the winged creature.

But it was too late. The winged creature had already flown many miles away. There was nothing anyone could do. Not even the guardian of the forest could stop that creature.

(End of Chapter 2)
Alpha and Omega 2 Part 1
posted by TimberHumphrey
The whole thing started in a gorgeous valley not too far off Jasper Park. Everybody in the pack lived in harmony, thanks to their leaders, Tom and Sarah. One day, the couple gave birth to a male puppy, in which they decided to call him Humphrey. It should've been luckiest Tag for the pack. But, everything changed when they valley gets attacked Von enemy wolves, led Von an evil känguru called Hunter. Hunter wanted to get revenge on everybody, cause Tom was chosen as the leader of the pack and not him. He and the enemy Wölfe burned down everything in the valley, leaving nothing but ashes. Winston...
continue reading...
3
Hutch Chapter 11: Brotherhood
posted by Ricoh_Alpha_626
**Authors Note-Hey guys, I'm trying like crazy to keep the Updates flowing, but getting to type is hit and miss lately. Hope Du enjoy what I manage to get out.**

"Tiberius, are we getting close," Hutch shouted hopefully as the blizzard-like winds attempted to push the two Wölfe back the way they had came. Hutch could barely see a foot in front of his face, and what he could manage to see was blanketed in snow. He had thought that the Jasper park winters were cold. but this made those look like nothing.

"I think so, just hold out for a little bit longer, if we don't find them over this ridge,...
continue reading...
1
Alpha and Omega 4 Lines
posted by TimberHumphrey
Humphrey: [he, Lilly and Runt come back from Shadow Forest] Hi Eve.
Lilly: Hi mom
Eve: There Du are! Why are Du so late? Dinner's gotten cold.
Humphrey: Runt had an... incident.
Runt: [laying on Humphrey's back, trembling his legs] Dad, i'm fine!
Kate: What did Du see?
Runt: Nothing.
Tony: [struggles in his sleep] Stay away! Stay away!
Claudette: Something got your pelz in a bunch?
Stinky: Little bro, you're... you're as pale as a coyote.
Runt: A coyote? [scoofs] Really?
Stinky: Hey, did Du alert the critters that the Omegas are the new kings of the forest?
Runt: No. I will tomorrow
Kate: I think a different...
continue reading... 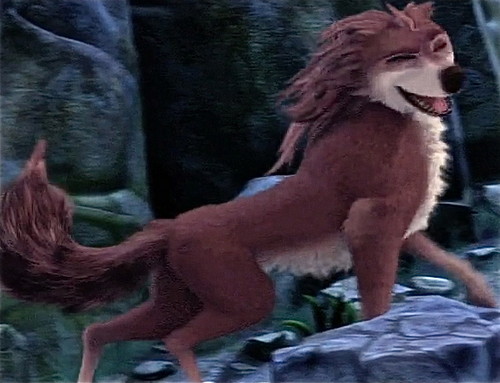 1
garth
added by KingSimba4Ever9
Humphrey and the Black ops 2 party
posted by WolfRaider577
Note: this is a remake from the mw3 story of last year.
one night salty,shakey,mootch,and Humphrey were waiting in line on game stop for the midnight release of call of duty black ops2 for Xbox and Ps3. when it was midnight they got the game for Xbox and Humphrey got it for Xbox and Ps3. thank god i Preorder it Humphrey sagte the Weiter Tag Humphrey went to Kates house She sagte she will rent the Hunger games on bluray and they would watch it tonight.
later that Tag Humphrey was hunting with his HK g3 assault gewehr when Scar and claw hunting Humphrey spread the word black ops party at my house he...
continue reading... 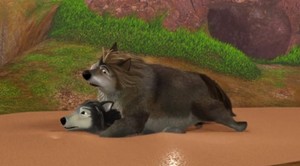 7
Alpha & Omega - I Will Always Return
added by AlphaWolfCurt
Here is a song requested Von my good friend Wolfman32 Enjoy!!
video
Alpha und Omega
kate
humphrey
lilly
garth.
2
Alpha And Omega 2: Extended Ending
posted by SentinelPrime89
Darkness had settled in as the small family of Wölfe walked down a freezing road towards a lit-up gas station. It hadn't taken Humphrey long to recognize the place and remember the predicament him and his wife endured there.

Humphrey lifted a paw before Kate's face and held it there until saying, "Oh, my God. It can't be. Kate, bite my paw. Please bite it."

Kate looked at Humphrey, then down towards his back and back up to his face. "What?" She asked inquistively.

Kate answered with an "Okay" and bit down firmly on his paw. Humphrey gasped and quickly pulled it...
continue reading...
Shadow's Life #5-Packs Unite
posted by Shadow0130
*One Jahr After Alpha School*

"Shadow, get up Shadow!" I awoke to Troy yelling at me.
"What is it? It must only be a bit after sunrise." I got up groggy from last night's patrol on the border to find Troy at my dens entrance blocking the sunlight.
"It's Victor, he wants to go to the Southern Pack to issue a final peace meet with it's pack leader, and I thought Du could use a break from border patrol..." He turned towards Victor's höhle, den when I had exited mine.
"Alright, sounds like fun. When is it?" Troy looked at me then started trotting over towards his den, "It's right now? Well gee thanks for...
continue reading...
1
K & H Adventures. Fall of 2011 Chapter 5. Part 1of 1. “The marriage!”
posted by willemert
Kate & Humphrey Adventures.
Fall of 2011 Chapter 5. Part 1of 1. “The marriage!”


Kate: Everyone calm down! Please be quite!

Humphrey: Everyone shut the hell up! Kate wants to speak!

Kate: OK, Du all know that the bears have been killing us. They are going berserk and killing oder injuring everything. Humphrey here is a great example how brutal they can be. His wounds have finally healed, but he still is bruised up and really soar. Last week a young wolf named Kyle was...
continue reading...
1
Chapter 1 : After the Moonlight howl
posted by Humphrey36
After a few hours of howling, Kate and Humphrey started walking down the hügel to the alpha den, meanwhile they were walking Humphrey notices how hot Kate looked under the moons shine. Ones they entered the höhle, den they both saw Winston, Eve and Lilly sound asleep.Humphrey looked at Kate how was staring into space.

"I can fix that" Humphrey replied with a warm smile.

As both starred at each other romantically for a few Minuten .

"I'd Liebe that" Kate replied Happily. 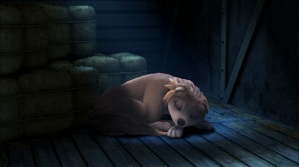 I put this here for fun :D
As I woke up to Lillian waking up to Lilly looking for her. I looked at Lilly and she whispered "its okay it will be are little secret but garth is kind of upset" "I say thank you" I walk into my höhle, den to see my mom awake but not dad. I walk up to her and say "mom is it okay if I go to Lillian's today with Pip?" she gave me a look and sagte "soo Du like her don't you?" I quickly shot back "NO I do not like her shes my friend" then she walks up to me and says "hmm hard to believe when Du were sleeping outside with her" "okay yes I like her and I am gonna go to the moonlight howl with her tomrrow...
continue reading...
The myth of the Werwölfe chapt 1
posted by Y2K
One night humphery was in his höhle, den laying down with kate cuddling up against him asleep. Humphery got up slowly not to wake kate. He got up and walked outside and started walking away from the cave to garths and lillys den.when he got there he went in side and awoke garth that was asleep with lilly and told him to do him a favor. Garth agreed, so they both walked out side and went into the forest,"were are we going?".garth said."deep into the woods"."whats the favor"."you'll see". After about 10 Minuten of walking humphery and garth come to a clearing. "so whats the fav"---before he can finish...
continue reading...
alpha and omega another adventure part 2
posted by boltrocks2233
The third howl. Humphrey got up and ran faster than he ever had before to the alpha station.

"Whats the matter is someone hurt?!" Humphrey sagte painting.

He looked at the other alphas but did not see Kate. The others looked in shock.

"Humphrey, Kate didn't make it, a hunter snuck up on them and killed her." Winston said.

Humphrey froze, he felt like a statue of glass that had been broken into a million pieces.

"No." Was all Humphrey could say.

Humphrey looked at thw only alpha that looked like it could speak.

"What happened?" Humphrey sagte with his eyes still huge from the suprise.

"Kate was shot Von a hunter in gras, grass behind her, we chased the hunter off but it was too late. She told me to tell Du to give all of your Liebe that Du gave to her to someone else. AKA, find someone else."
2
life with charlie part 3: my rank
posted by deafo7
the Weiter morning

"hey do Du think there is a cave behind that water fall" i sagte "yes there is i'm the only one who knows about it" charlie sagte "cool i want to see it" i sagte we went into the cave...
continue reading...
1
Alpha and omega : Humphrey's family journey Part 2
posted by dan11774 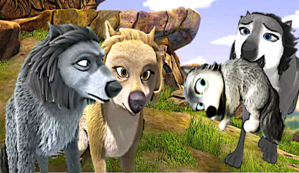 Mica giving Humphrey to Winston and Eve
Mica Humphrey's mother walked for a few days she soon found the western pack she saw a few Wölfe walking around Mica: '' excuse me but are Du guys rouges oder a pack ? '' If so take me to your leader "' Unnamed wolf : ''Were a pack are leader lives up there in that cave let me call him now " * howls * Winston comes with Eve Unnamed wolf : This wolf wants something apparently " Mica : ''Hello my pack is at war we live far from hear however my husband only wants alpha Wölfe but this pup is a omega and my Favorit could Du take care of him ? please " Winston : *Smiles * i don't if me and my...
continue reading...