slick the hedgehog part 2
posted by sara9063
Slick fell asleep then sudenly she had a dream was a mystery man then they sagte Du will be a great hero and Du must go on a quest.Then sudenly slick saw lucky her chao slick whent to the mall with zey.When they were in the mall slick saw sonic wiith amy as zey was trying clothe on slick put her erpones on she was Singen to linking park in the "I tried so hard
And got so far but in the end it doesn't even matteeeeeeeeeeeeeeer" as amy and sonic stared zey came out and took slick to the catch register and sagte "look i dont whant any problems with Du so Du better behave". when she sagte behave...
continue reading... 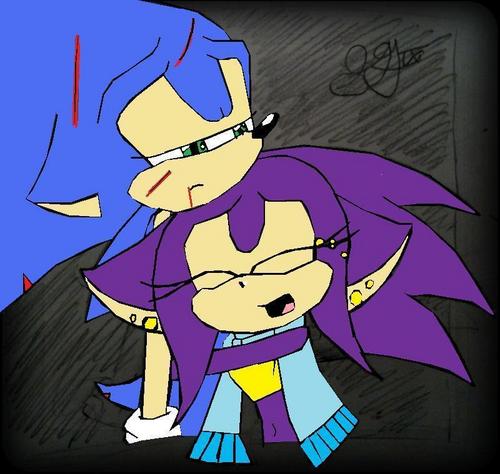 slick the hedgehog
added by sara9063
slick 3
posted by sara9063
The last Tag slick saw amy with sonic,slick didn't fell well so she went to bett and fell asleep then lucky woke her up then slick opened her eyes and whent to work. slick woked on a snack bar in the mall when it was cloosing time slick was closing the dorr when something nooked her on the floor. Then slick looked up and saw sonic on oben, nach oben of her,sonic was still on countios so slick tried to Bewegen sonic then sonic opened his eyes and sagte "sorry.....slick" slick sagte "yeah sonic".Then slick had the feeling of telling sonic her filings "sonic..I think yo are"then sonic cut her off "oops go to go". Then amy appeared runnig with her hammor slick ran to sonic a left a note sonic saw her runing then amy stoped and sonic read the letter it aid "sonic i ove Du but we cant be together because of amy Liebe slick" sonic felt a shock and he left the mall looking for slick.
slick the hedgehog part 1
posted by sara9063
'wake up' a voice sagte slick woke up some one sagte 'what happened' it was ruby she was waking up slick.That morning slick thought of thoughts that same Tag slick whent to her room and she took out her journal and sagte 'who am i how did i come her who are my parents,all that slick remmembered was a flash back she heard a scream run then boom that was all she remembered slick had a big sister her name wase zey she took her journal an sagte 'what a dump slick' slick thought well maybe i need to forget about my pass.Slick's phone rang it was sonic he text her 'meet me at the point slick Liebe sonic.Then when slick got there she told sonic about what she tought sonic sagte well maybe Du are thinking too much and Du need to relax slick looked at sonics eyes and she saw hope that night zey whent to slick's room and found her journal she read it and sagte well maybe i can borrow this.find out Mehr in slick 2
only heroe 2
posted by sara9063
as slick rose up she had wasted all of her powers and then boom eggman ran away but slick had on choise toootal destruction to herself so she did in another Sekunde slick meikuo watched slick he knew what she was doing so he told her go on she saved sonic's life but not hers she had to power down when she did she was dead sonic looked at slicks as the others stared he started to cry meikuo hugged sky and started to cry shadow looked at meikuo and meikuo let go of sky as sonic thought of the great times they had he was about to go and fight withe eggman alone but all of the others looked at sonic and told him is to dangerouse.They were wright and sonic looked back at slick and gave her a KISS slick and he told meikuo take her to the forest and help her if she wakes up tell her its all wright.
meet us Weiter in another episode
The only heroe
posted by sara9063
Dear reader Du may wonder who slick is here is who she is.

eggman:my invention is complite finaly,now that sonic will not have a chanse.

sonic:Am i late so eggman i came from this not Du send me.

in that moment eggman unleashe the creature but it wasent any invention it was slick as Du can see sonic and slick have been friend ever since sonic trained and saved her now it was the final strike.slick was out of control she coul not control ersel so the worst think happened she attaked sonic in unkown she keep atacking him as sonic loked in slicks eyes he saw tears tears that sonic could understand that it was too late slick accidentaly unleshed her dark-poweres and sonic fell dead as eggman laughed slick criend on the floor she had one choise to make die for sonic for the thing that was wright slick had to control her powers. make sure to see part 2 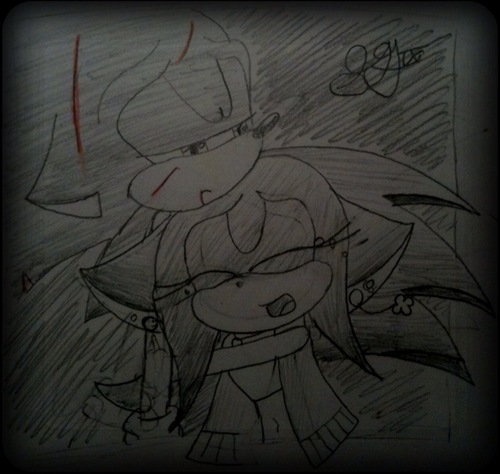 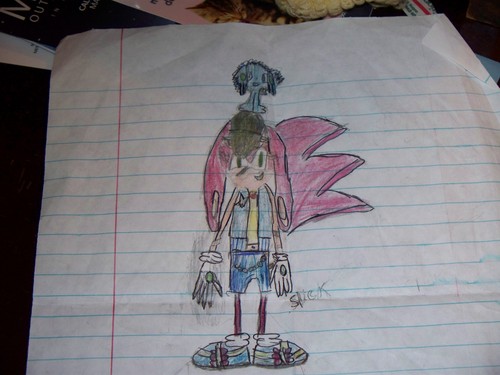