5
The Tag I Hung Out with R-Patz
posted by Renesmee_XD
I’ve had brief encounters with Ben Affleck, Hayden Christensen, *NSync, Chubby Checker, and Bozo the Clown. During all of these encounters, I was your typically crazy fan-girl. For an *NSync sound check, I snuck into the venue early and tried approaching Justin Timberlake. I got a wave from him as security escorted me out. Later, I followed the boys to their hotel. And Du don’t want to even know how I approached Bozo the Clown. But at the ripe old age of 23, I decided to do something I’ve never done before—play it cool—when I met The Robert Pattinson.


Meeting RPatz was the most sacred of celebrity encounters. It was July, and I was on my first trip to New York City. My cousin was working on “Remember Me” and told his sister that we could come down to the set. It was the most exciting thing that’s happened to our family since the time my cousin was in the background of an RPatz picture that landed on PerezHilton.com.

We showed up on set after touring NYC Von bus all day. I was wearing a Forever 21 tank oben, nach oben and had a strange yellow purse. This accessory was an attempt to look NYChic instead of Midwest shabby. I was sweaty from all my traveling, and couldn’t have looked less desirable. Obviously I wasn’t going to be the object of RPatz’s affection anyway, unless he had a thing for redheads whose breath reeks of their first NY hot dog.

Escorted past a swell of girls ranging from tiny to teenage to cougar, we were brought behind the tape up to HIS trailer. Suddenly the girls started screaming. That’s when I got my first glance of RPatz in real life. He was wearing his strahl, ray Bans (duh), and despite the heat, had a hoodie pulled over his head to disguise his beauty. He passed us, and I could feel the breeze of his body as he darted inside his trailer.

A few Minuten and one phone call later, we were escorted into his trailer. Before entering, we had made a pact to be calm, even though we thought we might heave up our hot dogs. Once inside, I took in the details of RPatz’s t-shirt, his sexy accent, and his signature ruffled hair. He was shorter than I thought he’d be. But! He! Was! So! Freaking! Gorgeous!

My cousin introduced us and we shook hands. Right away, I understood why so many girls were bat-poop crazy about him. I checked out his really perfect teeth, which are quite an accomplishment for someone from the UK. We told him our names, and where we were from, and then he took an interest in my cousin Amanda’s ridiculously long sparkly fake fingernails that would have looked Mehr appropriate on a hooker.

I’m usually one of the most talkative people on the planet and have no problem approaching strangers, especially if they’re cute. But while basking in the exquisiteness of RPatz, I just stared and took in his man beauty. I sagte all these terribly uninteresting things like, “My name is Ashley!” and “New York is fun!” What I really wanted to say was “Are Du and K eintopf a thing?” “You have awesome chompers! Use them to give me a hickey!" and “What are Du doing later and can I come?” But instead of being just another annoying girl, I tried to give off another less desperate air, one that sagte “Hey, I meet cool people all the time. Last week I had lunch with Obama, Tina Fey, the cast of Glee, and Kellan Lutz. You’re so no big deal.”

After we left his trailer, we went to a boiling hot hotel room packed with equipment, wires, and people, and watched the crew film a scene involving a bunch of three- to seven-year-old girls. One actress, an Abigail Breslin type, was filming her last scene that day. We looked on as RPatz entered the hotel room to say goodbye to this little actress. All the tiny girls were super excited. But because they were actors, they concealed their exhilaration, mostly just pinching each others' arms and looking at RPatz with wide eyes. He hugged the little girl and sagte his goodbyes like a gentleman. A gentleman I wish would have at least bought me a nice NYC steak dinner, since I was so nice and normal to him.

When I got back from New York, I found a video of my cousin and me walking out of the trailer on several celebrity and Fan websites dedicated to the RPatz cause. People were jealous. I could tell from the Kommentare they left. “Who were these girls?” people wondered. I was excited that anonymous people on the internet were jealous of me. The paparazzi filming the video made some crude speculation as to what we were doing in that trailer. I did nothing to put those rumors to bed.

How should Du act when Du meet a celebrity? Personally, I say play it cool. When I told my Friends about the meeting, many of them wondered why I didn’t say something outlandish oder try to dry hump Rpatz’s legs. The answer is simple: his life is already packed with full-on crazy broads. I wanted to stand out from that crowd. Plus, my cousin told me to be normal and I didn’t want to ruin his movie set straße cred. So what if RPatz doesn’t “Remember Me” (movie plug!) because I didn’t do something unforgettable oder ask him to bite me? I will always Remember Him. Plus, I have a story I can tell for the rest of my life, which is really the whole point of meeting celebrities. The idea is that it crafts Du into a Mehr interesting person, one who tells funny stories at abendessen parties. This makes Du seem like a celebrity in your own world, the world that actually matters. When Du relate this story to jealous Friends and family, you’re the star, sterne of your own life.


link
Xandragirl, IsabellaMCullen and 3 others like this
darkfairy97 you lucky bitch! Wish i met and had a chat with ROBERT PATTINSON!!! I mean i don't know how you kept it so cool! I mean i definately would've cried!
Renesmee_XD Well it's not me btw it's a girl called Ashley Spencer
darkfairy97 i still don't know how to keep it cool though i would av to be stoned or something!
moolah So cool!Thank you for sharing this.
Renesmee_XD Its no problem :)
6
Rob's Zitate Part 3
posted by edwardcarlisle 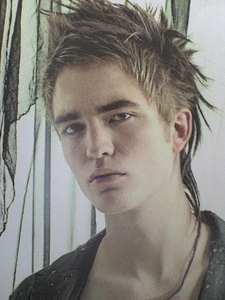 Rob modeling when little
"I wouldn't be Schauspielen if it wasn't for Barnes Theatre Club...I owe everything to that little club. In a weird sort of way, that stuff was probably the best I've done and the stuff I am most proud of."

"When I first started I was quite tall and looked like a girl, so I got lots of jobs, because it was during that period where the androgynous look was cool."

"I never set out to be an actor, though I'd be quite annoyed if it fell apart, because I quite enjoy doing it."

"Oh, Jesus! I used to get told I looked like Prince William from Harry Potter! Ah, it's terrible! It's the worst thing Du could possibly have said...I'm trying to get away from that whole stigma of the floppy English posh person."

"On Harry Potter I was conscious of the fact that I didn't know what I was doing, I used to sit on the side of the set throwing up." 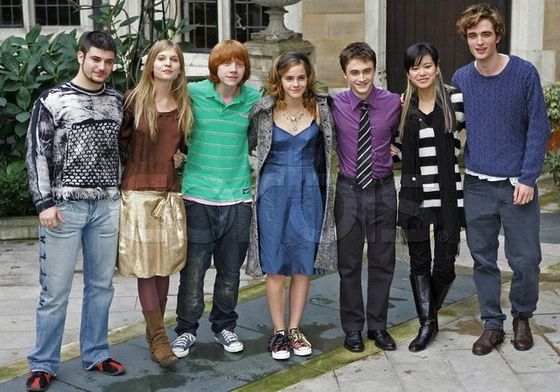 Rob with his Harry Potter friends 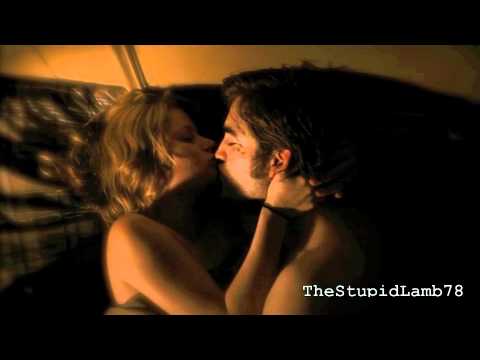 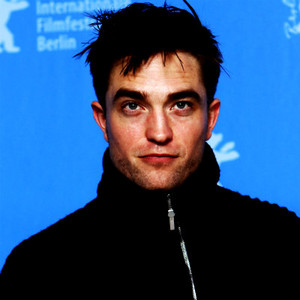 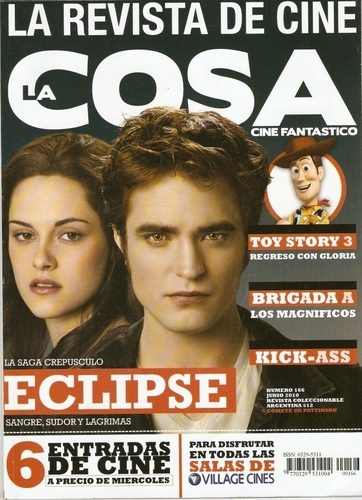 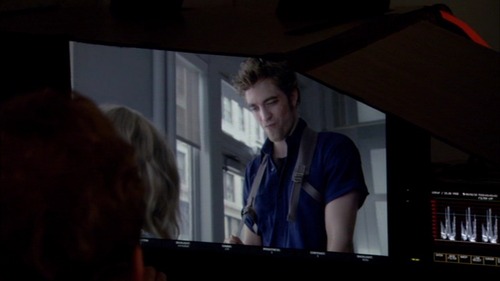 1
Remember Me - Behind the Scenes
added by Andressa_Weld 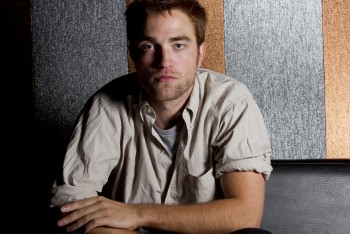 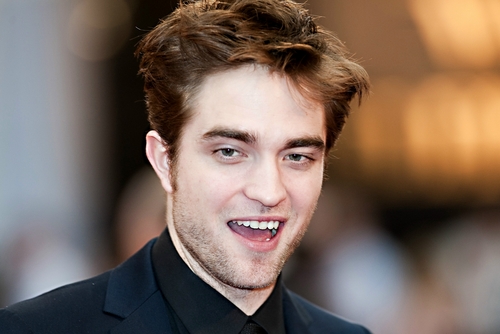 New pics from WFE premiere in London
added by Dadush 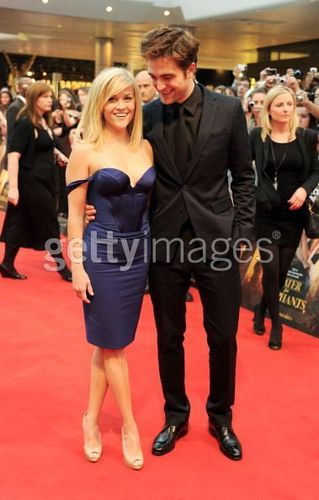 1
ROB AT THE UK PREMIERE
added by RobPattzLover7 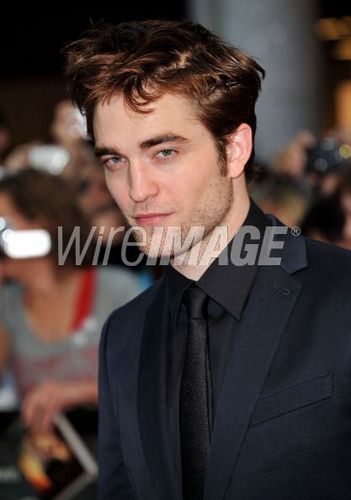 ROB AT THE UK PREMIERE
added by RobPattzLover7 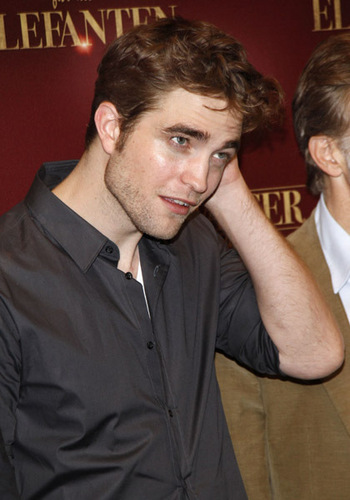 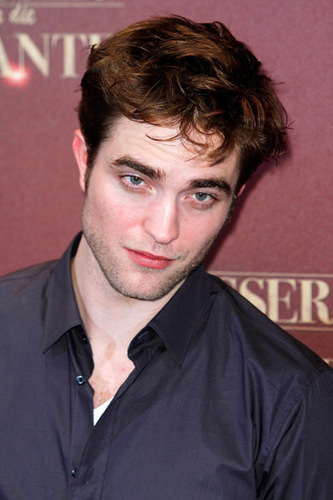 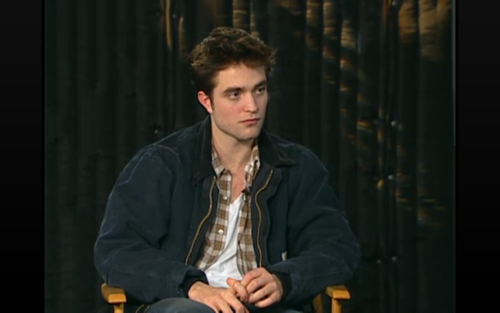 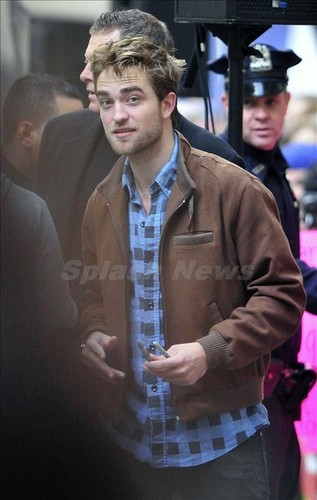 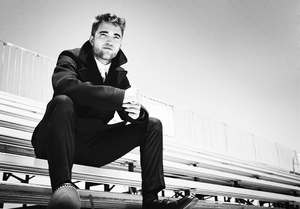 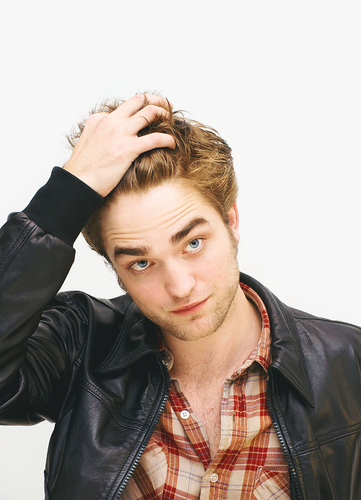 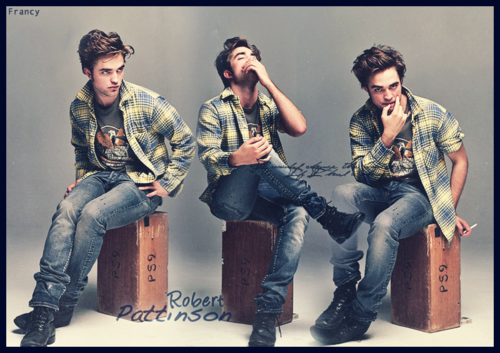 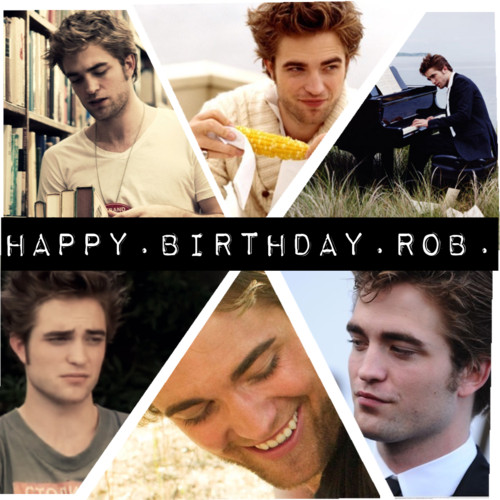