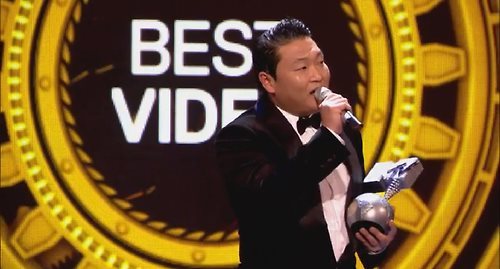 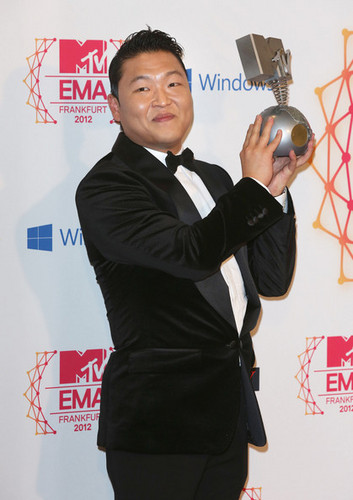 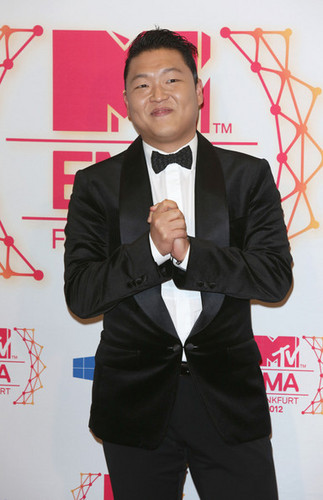 At the awards ceremony held today in Frankfurt, Germany, Psy received an award for the ‘Best Musik Video’ and Hangeng emerged Victorious after his nomination for ‘Best Worldwide Act’.

Following up on Big Bang‘s 2011 win for Best Worldwide Act, Psy and Hangeng’s accolades at this year’s MTV EMAs are a sign of the rising popularity of the Asian pop market.

Congratulations to the winners!

The guinneß, guinness World Records official headquarters are located in London and with Psy’s visit to the United Kingdom, he was awarded with the certificate during his visit to BBC Radio 1. After receiving the certificate, Psy stated, “I’m honored. This it the first certificate I’ve had.. I never received one in school.”

"Achieving #guinness for the most liked video @YouTube!!! Yeah~~~" 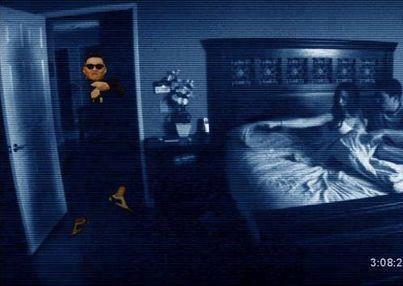 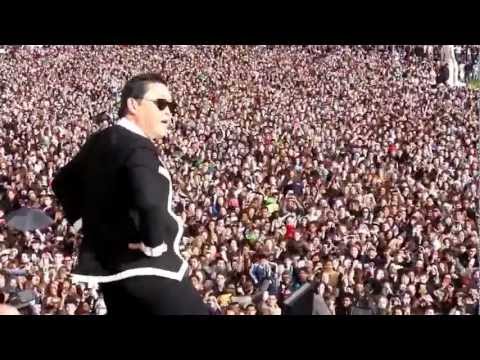 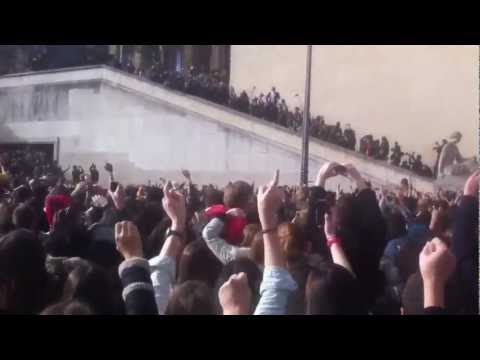 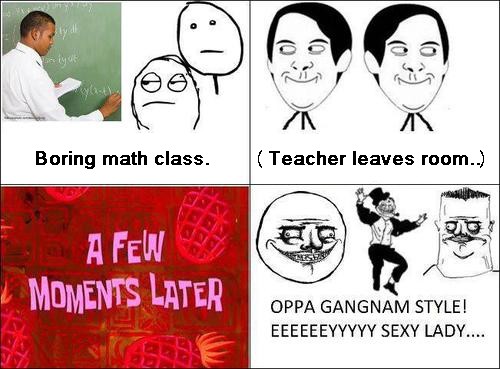 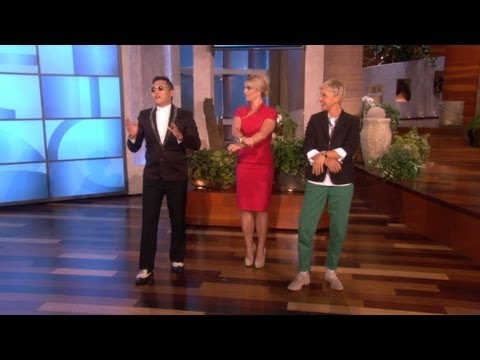