Hey guys its me yamishadow and I just want to say thank Du for the feedback on the last Artikel and since I got soooo much support and feedback, I present to Du The oben, nach oben 10 most annoying/least Favorit Pokemon Part 2! I hope Du enjoy!!!!!

5. Watchhog- ....Ew.... imagine your in the Savannah Desert and this thing comes up to Du looking like it would fail a drug test and it's teeth are just...whhhhhhhhhy? Also in Pokemon Black and White it was obnoxious to battle against because the first Gym Leader had a Watchhog as her strongest Pokemon and Du pretty much had 1 chance to attack it before it would use hypnosis even though it has 60% accuracy, but HAXXXX FORRRRRR DAYYYSSSS!

4. Pikachu- Ah Pikachu probably the most overrated Pokemon there and he is an a attention whore and also the writters make Pikachu seem weak every region to make it Mehr interesting and Ash always and I mean ALWAYS loses the Indigo League which is getting annoying,but that's not the point! Guess Pikachu isn't so electrifying....sorry I just had to.

3. Muk- This...thing....is...just...ugly and gross.One thing I hate is when people say, " OH MY GOD POKEMON IDEAS ARE SO UNCREATIVE!", or," THE OLD POKEMON WERE WAAAAAAYYYY Mehr ORIGINAL!", And when they say this they don't acknowledge the old Pokemon that looked terrible like Dugtrio, but most of my hate goes to Muk...the blob...I think Garbador is Mehr creative.

2.Gardevoir- If Du saw my 15 Favorit Pokemon Poll, Du would know that Gallade was on it. Why do I not like Gardevoir? It literally looks like a flying bedsheet and all of the weird Fan art of Gardevoir, when it's not either gender and its japanese name means Sir Knight, but Hey if Du like that's okay, I just don't like it.

1.Pelipper- This thing looks goofy as heck Du got Winggull who I kinda like, but when it evolves it looks like it ate 150 double cheeseburgers and all the weight went to it mouth and this thing is obnoxious when your surfing in the 4 gen, so much I gave him a nickname...Dumbodom the Pelipper, ITS A BIRD, NO ITS A PLANE! NO IT'S DUMBODOM!

Well this the end, it was fun making this,thank Du everyone good night and stay awesome

CokeTheUmbreon, shhays and 4 others like this
geocen Absolutely yes! Pikachu is the most overrated Pokemon from the anime.
FanNoOne111 And I love Pikachu...
yamishadow2001 Hey that's cool I just find it annoying when people say,"PIKACHU IS THE STRONGEST POKEMON!!!!!", I don't dislike him at all.
deathding NOT MAILMAN! D: (That's what I name my Pelipper's. XD) Also, I really like Gardevoir, but that's just my lame opinion. Awesome list man! :D Again, same problems with the last one, but that's not saying much, is it? XD You're really getting better on these. :)
KimikoDashie Pelipper and watchog aren't that bad but pikachu is really overrated
yamishadow2001 I just don't like them in my opinion
CokeTheUmbreon I used to like Pikachu but I moved on to Umbreon. 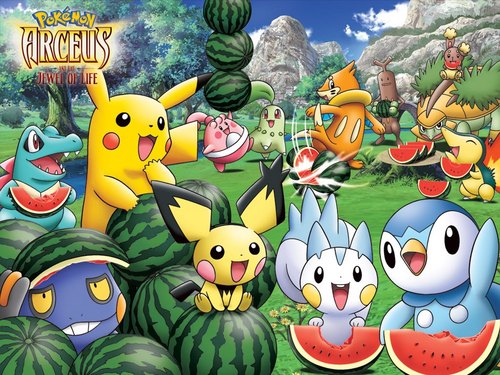 Magic mirror on the wall, who is the fairest of them all?
I've been planning to do this for a long time and now I'm finally doing it. Even though I Liebe the Zeigen I'm not a Fan of the Animation style. So I don't find too many characters attractive. In fact the only male character I think is handsome is Ash. However there are some females I think are very pretty and some beautiful. So here's my list, please Kommentar telling me what Du think but keep in mind this is just my opinion.

Even though she's one of the most brainless characters on the Zeigen she's very pretty. Everytime I see her and she does something stupid I always say "It's a...
continue reading...
16
Ash's Pikachu is a GIRL
posted by Merwolf
Over the years many people have asked the question, "what gender is Ash's pikachu?" Some say male, some female, and some say "it."

All through the years of my pokemon journey I have been studying the hormones of ash's Pikachu and stand Von what I have always believed, that ash's Pikachu is a female. here is a Liste of evidence I have to support that.

1. Pikachu has shown a great deal of female hormones such going crazy, being irritable, screaming, and snapping at others when upset, just like girls often do when upset, dealing with drama, and/or PMS'ing 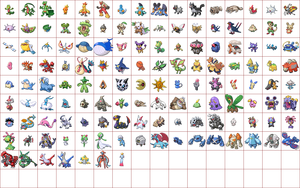 Someone's astonished by Ash's incomplete harem, hehehe...
The Valentine Tag had officially passed, but we are still a couple years away from the end of the Pokemon anime. There will be plenty Mehr action between now and that magical Tag when Ash and everyone else on the Zeigen gets paired up with someone canonically. The ongoing XY series will undoubtedly shake things up, but for now, let's take a look the oben, nach oben 10 shippings at the beginning of 2015.

IkariShipping first started back in the DP era, when Dawn and Paul spent a little time together alone with each other at night before been seen Von Ash. Since then, this...
continue reading... 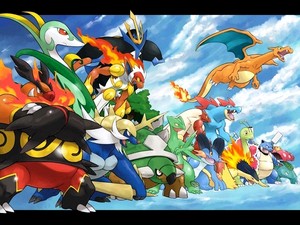 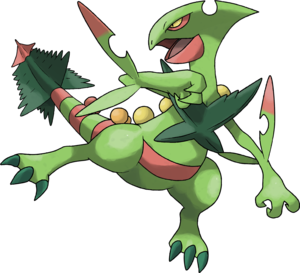 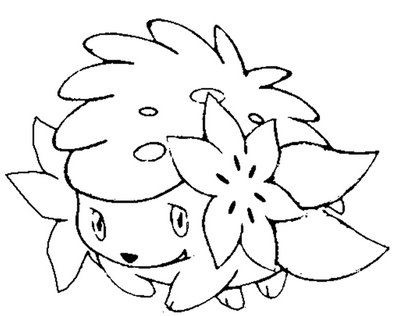 colour in shaymin
added by big-fat-meanie 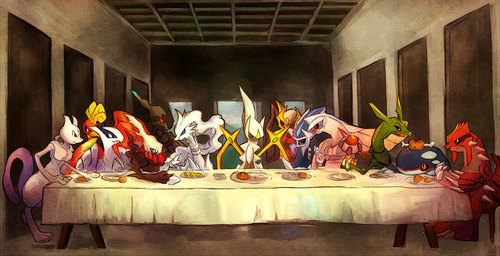 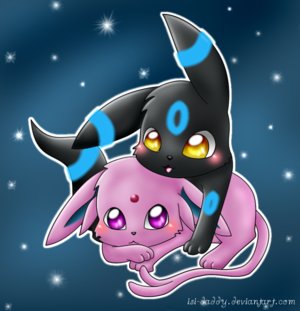 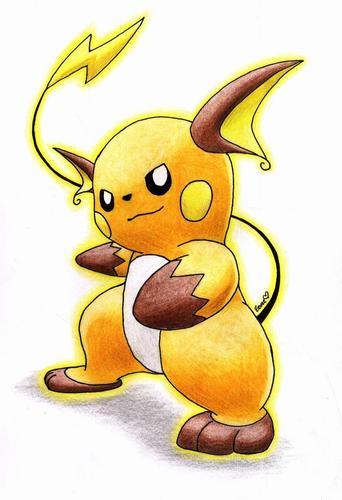 1
Raichu
added by wormadam19
Source: me 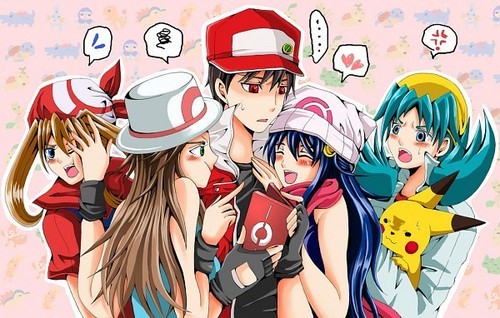 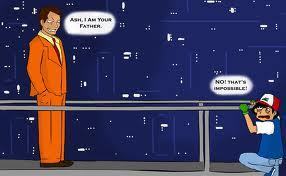 I am your father!
added by AKetchum01 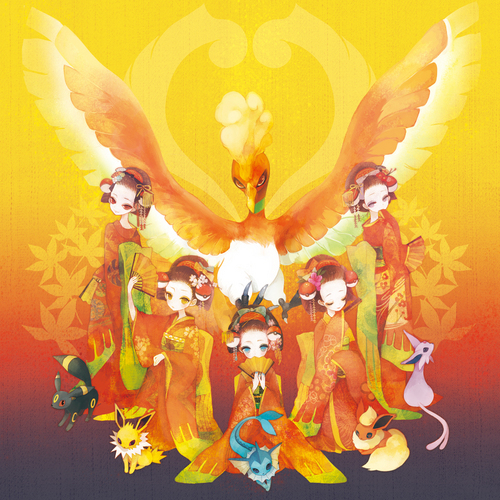 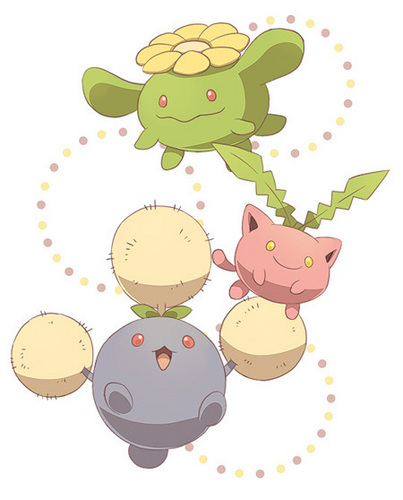 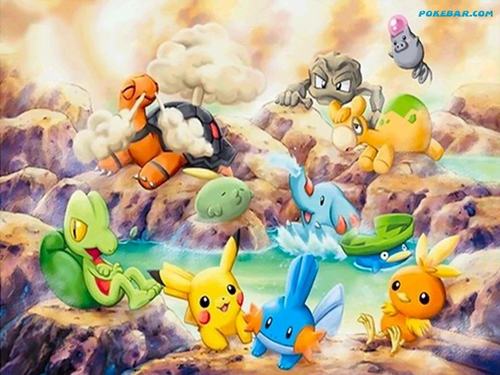