4
Another World Chapter 13
posted by MadisonFontenot
"You promise?" Gemma asked Niall as they sat on a bench, on the roof of the four star, sterne hotel, Hamilton.
"I pinkie promise," Niall sagte holding out his pinkie finger. Gemma smiled and excepted the 'pinkie shake'.
"But, Du can't tell my brother." Gemma resured him.
Niall laughed thinking about his run-in with Gemma's brother, Harry, "Speaking about him, I went to his room, thinking it was yours... and," Niall looked over at Gemma. She had a hoodie and sweat pants on and her hair in a messy bun.
"He scares me."
Gemma laughed and playfully hit Niall's arm, "Don't be afraid of him. If he hurts you, tell me, I'll straighten him out." Gemma placed her head on Niall's lap as they looked out onto the busy city. The straße lights shined like stars and it was beautiful.
Niall played with Gemma's hair and she looked up at him and he looked down at her.
"It sucks that your leaving tomorrow." She finally said.
"I know. I'm gonna miss you." Niall cracked a smile, "But I'm sure we'll see each other again.," Niall's lips were glistening and dragging her attention toward him.They looked so kissable,and sweet that it teased her.
Niall noticed this gaze,and instantly got Lost in her eyes.Both hearts beating fast,as he leaned in and got closer.
He stroked her cheek softly,
"I really am going to miss you."
"I think I'm going to miss this the most."he then attached his lips on hers.

She adjusted her eyes and looked around the room, It was still dark since it was only five in the morning. She was angered that it was just a dream,Oh how she wished it were real.She sighed and walked out her room. Nobody was home, since her parents left her alone here, and Harry is out living his dream with his band-mates, Liam Payne, Zayn Malik, Louis Thomlinson, and no-other-than Niall Horan, the guy from Gemma's dream.
As Gemma opened the fridge and took out a pudding cup, someone knocked on the door. Gemma froze, not sure if someone really knocked on the door, oder if she was just hearing things.
But she wasn't, someone knocked on the door again, but this time harder. Gemma opened the door and looked right into the eyes of Lindsey... Lindsey Gilburg, Niall's girlfriend. She had on a lite jacke and sweat pants. She looked like she hasn't slept for days.
Gemma opened her mouth to speak but got interrupted, "Where's Harry?" Lindsey barked.
"His out of town." Gemma said.
Lindsey let out a grunt and walked back-in-forth to one side of the porch to the other, "When I find him I am going to whack those dimples right off his face!"
"Lindsey. What's going on?" Gemma asked concerned.
"Your brother. He is cheating on Alana!" Lindsey gestured to Alana's house.
"What? No. He loves Ally! He would never cheat on her." Lindsey dug through her schulranzen and handed it to Gemma. Gemma looked at her confused and then opened the magazine.
"Harry and Mystery Girl get cozy Von the feuer at the X-Factor strand party." Gemma read looking at a Foto of Harry and a blonde haired girl with dark skin and full kirsche red lips, snuggling in a plain brown blanket Von the fire, "No." Gemma gave the magazine back to Lindsey, "I don't think he would do that to Ally."
"Gemma! How much prof do Du need?"
"More than that!"
"Just tell Harry to call me." Lindsey barked then walked off the porch and scrambled into her black SUV and drove off.

"No Niall!" Gemma screamed as Niall grabbed her hand and dragged her to the Ferris-wheel, "Niall! I'm scared of Ferris wheels!" Niall pulled Gemma onto the Ferris wheel sitz making it rock a little. Gemma covered her eyes as the safety bar closed shut and the sitz began to Bewegen upward.
She held on tight to the bar and shaked in fear.
Niall grabbed her hands,
"Don't be afraid. I'll protect you."he wispered. Gemma slowly opened her eyes and looked over at Niall. They were at the bottom of the wheel slowly going up to the top,her body trembling in terror. They spun around three times then got stuck at the top,he held her hand the whole time. Gemma squeezed her eyes shut once again,
"I'm afraid." She whispered.
Niall slid his arm around Gemma waist, pulling her closer to him, "Gemma,you don't have to be,your with me."
Gemma blushed a deep shade of red as he had his arms wrapped around her,so close she could feel his heartbeat which was also beating fast and she turned her head slowly and looked out over the edge,she no longer being scared,had the beautiful view of the city and could see neighborhood houses lit in Weihnachten lights.
Liebe might be scary but at a moment like this,you realize your fears are just there to fool Du into turning back.
"Now your glad Du looked?'' Niall asked with a smile.
She nodded and felt warmth in her herz for the very first time.
Gemma smiled and rested her head on Niall's shoulder, she was glad that she was his, and he was glad he was hers.

Gemma cleared her throat and tried to push away that memory.She took a moment and thought about him,it made her miss him.
They never did KISS oder even date,and it was worse for her because she did have feelings for him. And furthermore she didn't know of how he felt, but she did know he had feelings for Lindsey, and she had no chance with him.
"Just forget, Gemma." She told herself shoving a spoonful of pudding into her mouth. She flicked on the TV and tried to find something to watch, but she ended up just falling asleep on the couch.

Niall, Zayn, Liam, Harry, and Louis all sat around the tabelle at Les Regiz waiting unpatiently for there Essen to be served. They just got back from performing at the Eiffel Tower and it was almost midnight now.
Niall drummed his fingers on the table, Zayn messed with his hair, Louis was shaking his legs and tapping his hands on the wooden chair, and Harry and Ruby where throwing spit balls and people. For it being so late, it was really crowded.
"I'm starving!" Niall leaned back in his chair. They heard giggles and then some girls walked over to them. One had blonde hair with dark brown eyes, another had black hair and blue eyes, the other resembled the first girl but had light brown eyes instead of dark brown.
"Excusez-moi,:" The black haired girl said, "Pouvons-nous avoir votre autographe?"

"Oui, qui ne nous font dehors pour?"(Who do I make it out to?) Zayn said, the others had their mouths a gaped.
"Marie," The first blonde said. Zayn scribbled on the paper that the girls handed to her and passed it to Louis, who was sitting beside him, "They want our autographs." The boys nodded and one Von one they sighed the paper.
"Merci!"(Thanks!) The girls walked off.

"When did Du leaned how to speak French?" Niall asked messing with his opened napkin.
"I learned it from school a few years ago."
"Wow, your pretty good at it!" Ruby sagte as she looked over to the kitchen. A man carried a tray with his left hand and a setter in his right. The guy walked over to them and placed the tray on the setter. Ruby eyed her food, chicken and chips. Her stomach queezed up. She hadn't eaten all Tag and honestly, she wasn't that hungry. Niall cleared his throat and Ruby looked over at him he nodded at her and she sighed, knowing that he is worried about her. After everyone ate -or any Ruby's case, didn't eat- they went to their hotel.
"Harry?" A girl asked as Harry unlocked his room. He faced the girl and realized it was Jessica, his friend from his old town -and his ex-girlfriend.
"Jessica! What are Du doing here?" He asked.
She walked closer to him and gave him a sweet look, "I'm here to see you,"

Chapter 14- link
1Directionluv1D, PrincessMae29 and 2 others like this
MadisonFontenot Sorry it was so short! Next one will be longer!!!!!!!
ZoeyMalik28 A forgotten girlfriend,Haz? Again?! Oh gosh. OHMYGOSHHHHHHHHHHHH i luv it. Write more soon!! Vous parlez anglais? Parce que je parle français aussi! Écrivez plus vite!
aanikamerchant love it ur awesome and so are ur fanfics
fiestagirl12345 OMG D.R.A.M.A i bet!! loooove it 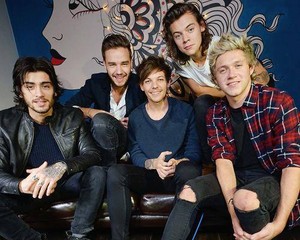 1
One Direction
added by Blacklillium 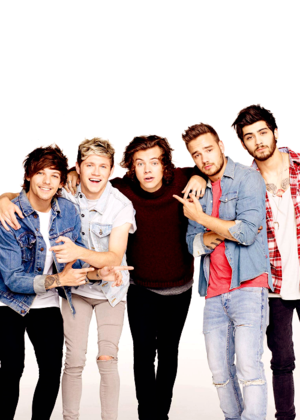 One Direction ★
added by ChrissyStyles1 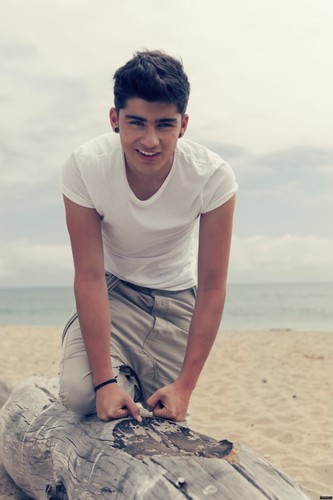 3
New Fotos from the 'Up All Night' photoshoot! ♥
added by CullenSisters-X
Source: one-directionfans.com 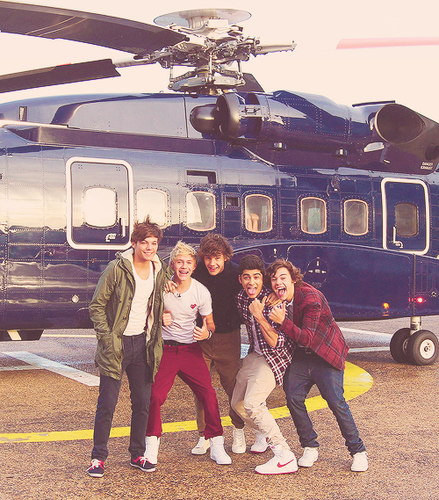 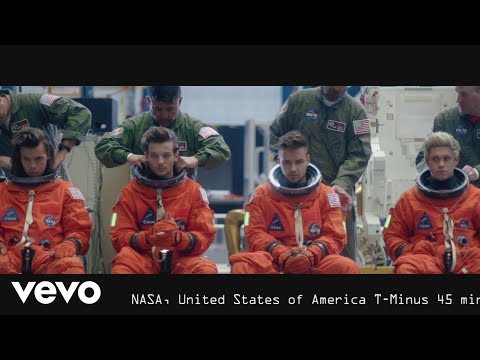 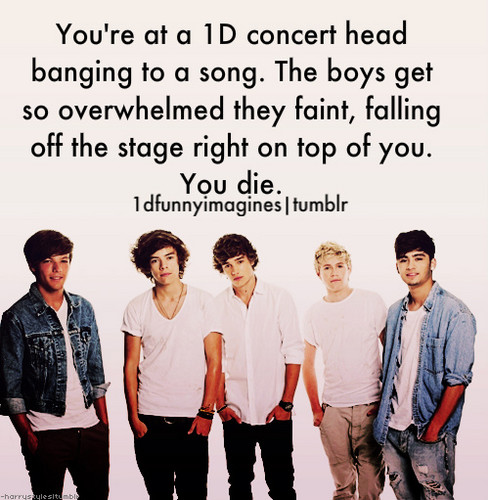 One Direction
added by Sunny171 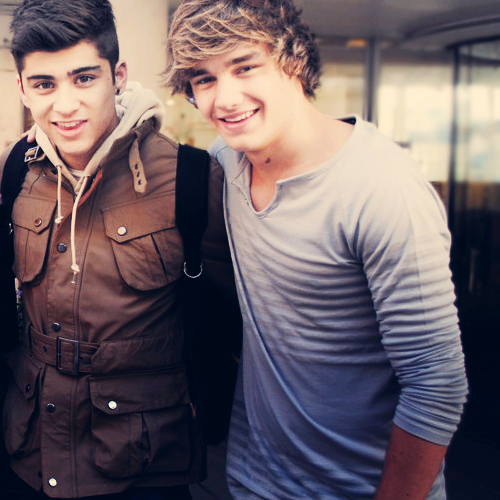 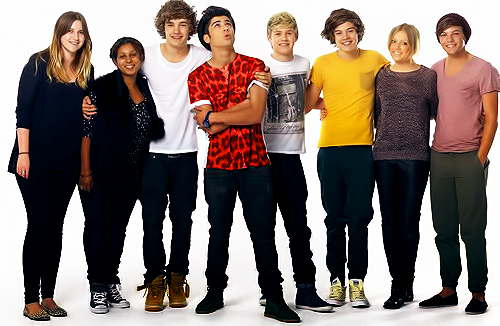 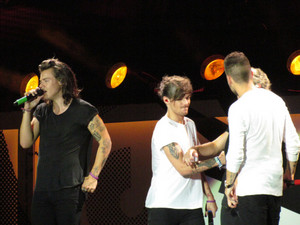 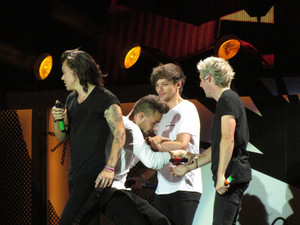 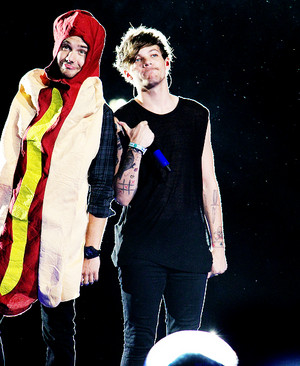 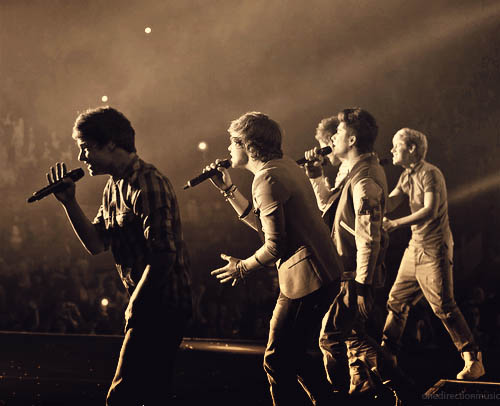 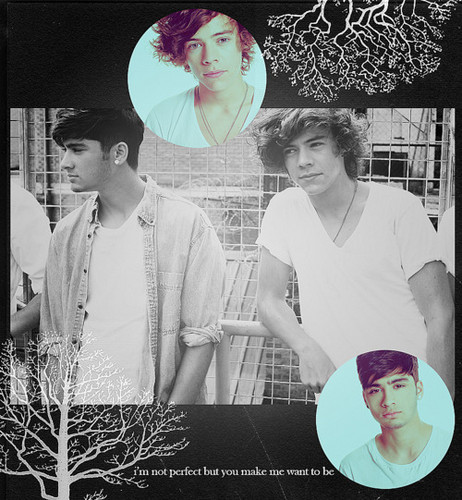 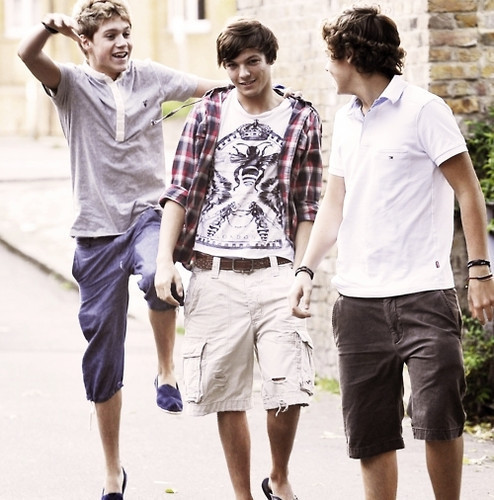 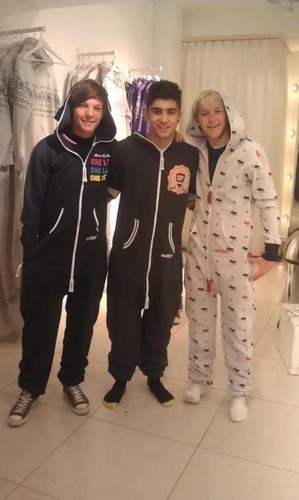 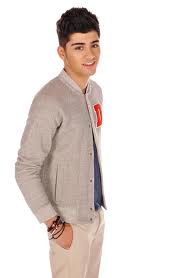