3
Michael Jackson fantasy----Forbidden Liebe (Part 30)
posted by mywaymj84
The Weiter morning Michael wakes up and sees stechpalme, holly nursing Jenny. She notices him rubbing his eyes "Morning honey." "Morning is that what it is?" She giggles "Yes that's what it is, actually its only ten." Michael yawns "Really I thought it was later than that!" "What time did Du go to sleep?" "Oh around seven oder so." He goes over and kneels on the floor "So how's my precious Jenny doing today?" "Say good daddy. She's really hungry though." "I can see that!" Suddenly stechpalme, holly hears the noise of a helicopter. "Michael do Du hear that." "What?" "The vultures are swarming!" Michael goes and looks out the window "Oh boy they are all around the building! Someone must have saw the krankenwagen coming out last night and called the media." "Well we knew it was coming sooner oder later. They want the million dollar picture of Jenny." "Absolutly!" Suddenly the nurse comes in "Morning Mr. and Mrs. Jackson." "Morning" they saw in unison. The nurse chuckles "So Mr. Jackson Du see all the media do you?" "Yea. Wait how did Du know? We just heard them a few Minuten ago?" "Oh they've been there since eight, but don't worry we have plenty of police down at the door they won't come in." stechpalme, holly lets out a sigh "Oh good!" "But Mr. and Mrs. Jackson I will have to say we have had quite a number of celebrity's here, but never have we had this kind of commotion!" stechpalme, holly laughs "Oh really!" "That's the honest truth. Now Mrs. Jackson i'm sorry but i'm gonna have to give her another check up." "Oh all right." "Don't worry as soon as she's done i'll bring her right back." stechpalme, holly hands her over to the nurse, Jenny starts to cry. "Oh I know Du want mommy, but we will be back soon. Oh and the doctor told me to inform Du that Dr. Clarkson will be here to check her this afternoon." She nods "Good. Bye sweetie, mommy will miss you!" The nurse leaves with Jenny. stechpalme, holly sighs "Can Du believe the media bothering us like this! I mean can't they understand we just want to be left alone?!" "I know 'holl'." Michael walks over and sits down in a chair Weiter to Holly. "Michael how are we going to leave the hospital?" "Oh don't worry about that, I mean we will be here for another week so they should be gone Von then." "Michael when they want a picture of something have they ever gegeben up." "No, but don't worry everything will be fine." "You sure?" "Positive, now I want Du to get some rest because Du need it." He sweetly kisses her on the forehead. "I Liebe Du Michael." "I Liebe Du Mehr Holly."

Later on that Tag all the family comes back to the hospital to get a chance to hold Jenny. Of course everyone is fighting to be the first but Michael let Katherine be the first. Dr. Clarkson came that night to check on Jenny and he sagte he did not see anything wrong with her but it still would be a good idea to keep an eye on her. Both of them were relieved of this news. Soon it became the end of the week and it was time for all of them to go home. Luckily a lot of the press had gegeben up so they left, but still to be sure Michael had them leave in the middle of the night so they wouldn't be spotted. When they got Home stechpalme, holly was so glad to be Home and not at the hospital. Michael and stechpalme, holly walked into Jenny's room and put her to in her krippe and to get some sleep of their own. One Monat later stechpalme, holly woke up and went to check on Jenny and to her suprise she saw Jenny as bright eyed as she could be and she was smiling up at her. "Oh Michael come in here!!!!" Michael litarily ran in the nursery "What, is something wrong?!?!" "Michael look at her!" He looked in and smiled and picked her up "Well good morning too sweetie!" "Did Du see her eyes?" "Yea I did there beautiful!" "And there so blue!" "Yes just like yours." "Well Michael Du do know a baby's eyes change don't you?" "Yea I do, but her eyes are blue and they are going to stay blue!" stechpalme, holly laughs "They will as long as Du have anything to say about it." "That's right." Michael sagte proudly. Suddenly Jenny started to cry. "Well I think someone needs a changing!" Michael announced. "Oh honey i'll do it." "No 'holl' i'll do it Du get back in bett and rest. "Alright." stechpalme, holly did what she was told. After Michael was done changing Jenny he put her back in her krippe and walked out of the nursery to him and Holly's bedroom. "Now stechpalme, holly i'm going to be at the studio today with Quincy working on Bad so if Du need me for anything Du call me there alright?" "Alright. So when will bad be done?" "Oh i'd say in about two weeks." "I can't wait to hear it!" "I know Du dying to listen to it but I want it to be completed before Du listen." "I know your the perfectionist!" Michael chuckles at her. "Michael I so wish I was going with Du to the studio today! I need to get back to the studio." She opens a draw at her nightstand and pulls out a stack of papers. "Do Du see this Michael? This is all of the songs i've written just sitting in bett and I want to use them!" "I know but Du need your rest remember the doctor sagte nothing tiring. Besides I thought Du loved taking care of Jenny?" "Michael I Liebe it! I think being a mother is probably the most wonderful job i've ever done but just because I had Jenny doesn't mean that I still don't want my career back." "Holly Du will but in time. Now if Du excuse me dear I have to get a shower." Michael quickly kissed her on the lips before heading towards the bathroom. stechpalme, holly knew deep down he was right and that she just had to take things slow...for now.

Two months goes Von and Bad is going to be released tomorrow morning. Michael planned a pre listening party for Bad. Quincy and Frank and some people from Epic Records was there with of course stechpalme, holly Von his side. After they listened to the album stechpalme, holly started to talk to Frank while Michael Quincy and one of the people from Epic started their own conversation. Quincy was so excited and he sagte "Well smelly I think this is going to be another hit!" "You think so Quincy?" "Absoutly!" Then the man from Epic spoke up "Quincy is right this is going to be a monster! And don't forget wheater it is a hit oder not your going on tour in two months." "Shhh keep your voice down I haven't exactly told stechpalme, holly about that yet." "Well smelly Du better because its coming up." "I know its just stechpalme, holly has been really tired with Jenny and all its just I haven't found the right moment yet but I will soon." What Michael didn't know was stechpalme, holly overheard the entire conversation and wan't happy about it at all! Lets just say when they get Home they are having a long talk. 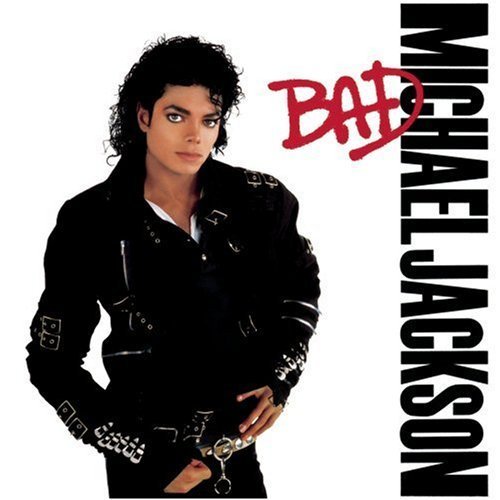 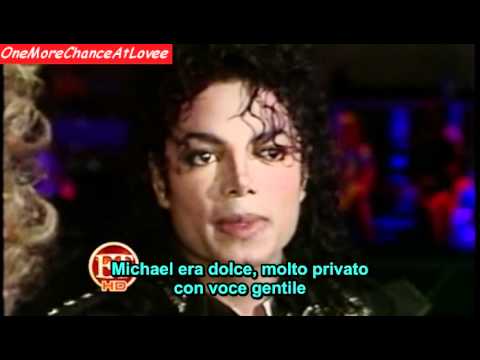 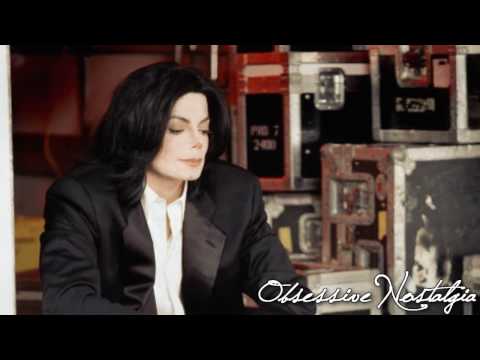 6
Karen Faye, Michael busch discuss Michael Jackson - ABC 20\20
added by caligurl16
This is worth watching... They talk a whole lot about painkillers & those freakin' allegations, which was really unnecessary, I wish they would've mentioned other things, but this interview is sad on some parts :'[ We miss Du Mike...
video
abc
interview
Michael Jackson
20
2010
karen faye
michael busch
dennis tompkins

7
Michael Jackson FUNNY AS HELL! PART 8
added by kopfan
these are not my videos..i didnt make them
video

7
At His Best, Michael is Liebe
added by mj_yana_girl
Another video I created specifically to express how I feel about this man. I wish he was still here. I miss him so much. Please enjoy, Kommentar & rate here and on youtube. Thanks!
video
tribute
Fan video
Michael Jackson
mjyanagirl
at your best
Du are Liebe

5
Michael's Halo
added by mj_yana_girl
Up until now, I couldnt oder rather refused to accept Michael's passing. Up until now, I avoided any and all content which reminded me of this profound sadness. Up until now...
video
michael is in a better place now
rest in peace my Angel – Jäger der Finsternis

1
Dancing On stage
added by M_Annie_J 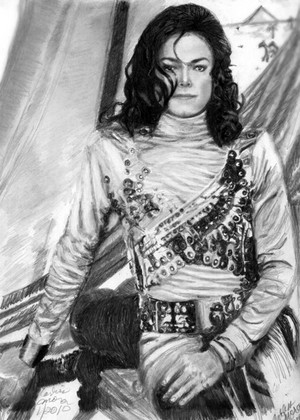 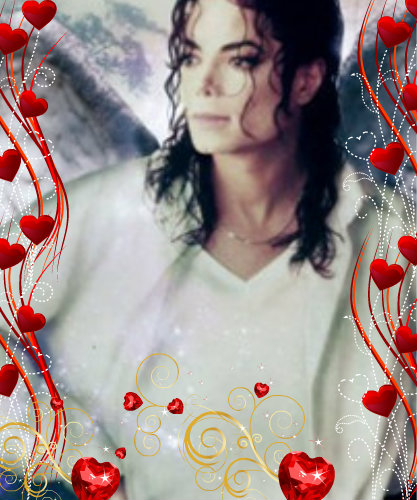