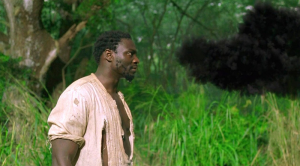 During its six years on the air, "LOST" managed to earn five Emmy nominations for Schreiben in a Drama Series. The series earned its Sekunde Schreiben nomination for its Season Two episode called (2.10) "The 23rd Psalm".

Written Von showrunners Carlton Cuse and Damon Lindelof, and directed Von Matt Earl Beesley; "The 23rd Psalm" is the first "LOST" episode to explore the backstory of Tail Section survivor, Mr. Eko. The episode began several decades earlier, when guerilla fighters arrived at a small Nigerian village. The guerilla fighters are there to recruit young boys for their army. They try to force one of the boys to shoot an old boy. When the boy hesitates, his older brother takes the gun and commits the deed. The older brother, the future Mr. Eko, is forced to Mitmachen the guerilla fighters. Over two decades later, Eko (now a warlord) meets with drug dealers who needs to get their heroin out of the country. Eko offers to buy the drugs at a low price and get them out of Nigeria. The drug runners' leader agrees to the deal. But after he makes a commit about Eko's soul, the latter kills them all and appropriate the drugs. He later returns to his Home village and asks his younger brother Yemi, now a Catholic priest, for a plane via the United Nations to get the drugs out of Nigeria. At first, Yemi refuses to help. But when Eko threatens to burn down the village's church, Yemi not only agrees to help arrange for a plane, but also sign ordination papers that would identify Eko and his two associates as Catholic priests. He also buys Virgin Mary statues to hide the heroin and ship it out of Nigeria. But Yemi's sudden appearance at the airport and a shoot-out with the military leaves Yemi wounded and on the plane . . . and Eko left behind and mistaken as a priest.

On the island, Eko gets into a conversation with Claire Littleton, when she inadvertently reveals that another castaway, Charlie Pace, carries around a Virgin Mary statue, which he had found in the Season One finale, (1.24-25) "Exodus, Part II"</i>. When she shows Eko the statue, he breaks it open and reveals a stash of heroin inside. Claire becomes angry at Charlie, because she believes he has resumed his drug addiction. And Eko coerces Charlie into Wird angezeigt him where the latter found the statue. Their island journey leads the pair to the Beechcraft airplane that John Locke and Boone Caryle had discovered in (1.19) "Deus Ex Machina". And Eko has his first encounter with the Smoke Monster aka the Man in Black.

"The 23rd Psalm" is not the first "LOST" episode to deal with redemption. But I must admit that it is probably one of the best ones on the subject with any real closure. Many viewers had wondered about Eko's position as a priest between his introduction in (2.04) "Everybody Hates Hugo" and this episode. As it turned out, Eko's role as a priest was a false one. And yet . . . his religious beliefs seemed to be genuine, especially in episodes like (2.07) "The Other 48 Days" and (2.09) "What Kate Did". And although this episode explained how Eko became "a priest", it left the Frage of his embrace of Christentum left open for future episodes.

But the most important factor about "The 23rd Psalm" proved to be the story between Eko and his younger brother, Yemi. I find it ironic that Eko committed a major crime to save Yemi when they were kids. Yet, his role as a warlord and his crimes regarding the heroin he had "acquired" from the drug runners inadvertently led to Yemi's death. The so-called "circle of life" can be quite cruel. Poor Yemi. He tried so hard to save Eko from a life of crime and evil. And yet, it took his death to set the older brother on a life of redemption. There is one scene that has left me scratching my head since the end of the series. It was Eko's first encounter with the Smoke Monster. During that encounter, the Smoke Monster revealed Bilder of Eko's past. Instead of running away, Eko stood his ground. This left me feeling that Eko was willing to face the ugliness of his past, instead of running from it. This also left me wondering if the Smoke Monster served as some symbol of of a Supernatural judge. After the Man in Black's true nature was revealed in Season Six, I realized I had been wrong about it. And I also found myself questioning Cuse and Lindelof's decision to have it confront Mr. Eko in "The 23rd Psalm" in the first place.

"The 23rd Psalm" also featured a few minor subplots that not only moved along the series' main narrative, but also the narratives for some of the characters. Due to Eko's exposure of the heroin found in the Virgin Mary statue, an angry Claire decided to distance herself from Charlie. Kate began paying a good deal of attention toward Sawyer, following his recovery from his gunshot wound. I suspect her current estrangement from Jack and his friendship toward Ana-Lucia Cortez played roles in her attention. She also pointed out that Sawyer was no longer "persona non grata" since his recovery, making him feel very uneasy. And since communicating with Walt on the hatch's computer, Michael commenced on his plans to Suchen for Walt. In this episode, he approached Locke to teach him how to use a firearm. Jack told Michael that everyone cared about Walt's situation and that he plans to get Walt back. Judging Von Michael's preparations, I suspect the latter did not believe Jack. And honestly . . . I do not blame him. As everyone knows, the Losties - especially Jack and Locke - barely lifted a finger to help Michael find Walt, until tragedy drove them to Bewegen against the Others near the end of the season with disastrous results.

The episode featured a well-written back story about Mr. Eko and a few subplots that moved the series along. It also featured some excellent performances. Matthew Fox, Evangeline Lilly, Josh Holloway and Terry O'Quinn gave solid performances. But if I must be honest, I did not find their work particularly mind blowing. I was impressed Von Harold Perrineau's portrayal of a tense Michael Dawson, struggling to keep his desire to run after Walt temporarily in check. And I also enjoyed Emilie de Ravin's scenes with both Adewale Akinnuoye-Agbaje and Dominic Monaghan. I liked how she transformed Claire Littleton's emotions from a cheerful and friendly woman, to one frightened Von Eko's intense questioning and finally anger over the possibility that Charlie might be using drugs again.

However, there were three performances in this episode that struck me as outstanding. One came from Dominic Monaghan, who continued his excellent portrayal of the flawed, yet quirky former rock star, Charlie Pace. Monaghan did an excellent job in portraying Charlie's friendliness, sarcasm and occasional flashes of desperation. The episode also featured Adetokumboh McCormack, who gave a superb performance as Yemi (surname unknown), a priest and Eko's younger brother. I was especially impressed in his scenes with Akinnuoye-Agbaje, in which revealed a character just as intimidating as Mr. Eko - but in a Mehr subtle way. Von the way, McCormack appeared in the 2011 science-fiction thriller, "BATTLE: LOS ANGELES", with Michelle Rodriguez. But the man of the Stunde . . . oder episode was undoubtedly Adewale Akinnuoye-Agbaje. He was outstanding as the very complex and mysterious Mr. Eko. Despite portraying a character who seemed to be all over the map, Akinnuoye-Agbaje gave a very controlled performance. Mehr importantly, he did a great job in conveying Eko's personal and emotional journey from ruthless warlord to penitent fake priest and castaway. There were two scenes in which I found performance particularly outstanding - Eko's Sekunde attempt to coerce a favor from Yemi and his discovery of the latter's corpse inside the Beechcraft plane on the island.

Ironically, I do not consider "The 23rd Psalm" as one of my oben, nach oben ten Favorit "LOST" episodes. I would consider it among my oben, nach oben twenty favorites. And I have to admit that I found Cuse and Lindelof's work on this episode particularly outstanding . . . even if their use of the Smoke Monster proved to be puzzling in the future. As I had earlier noted, "The 23rd Psalm" earned an Emmy nomination for writing. It is a pity that Adewale Akinnuoye-Agbaje did not receive one for acting. Because I believe that he truly deserved one . . . especially for this particular episode. 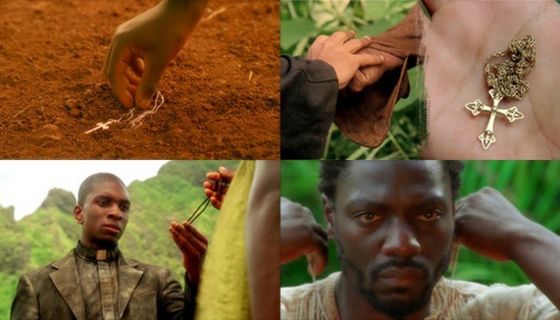 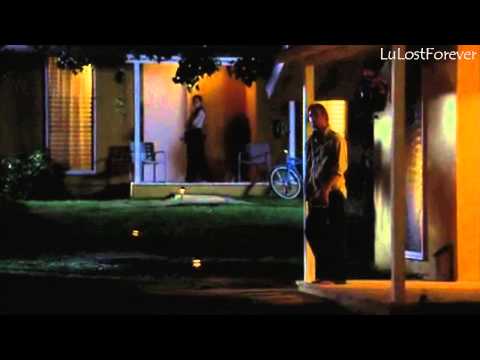 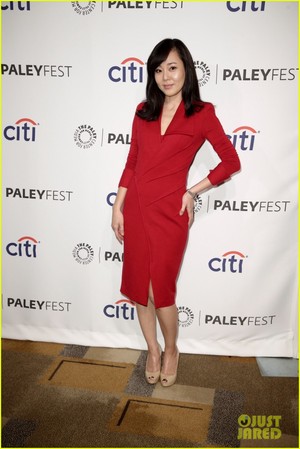 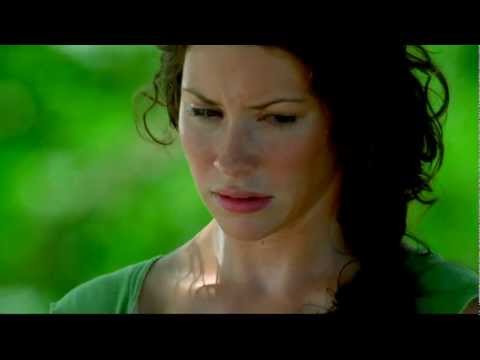 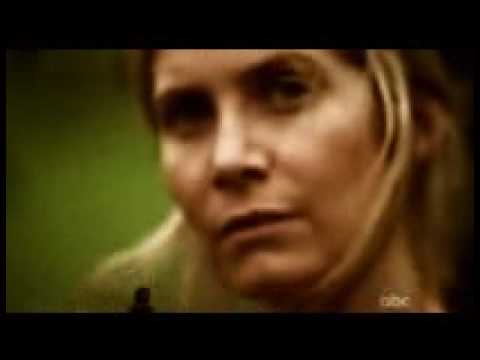 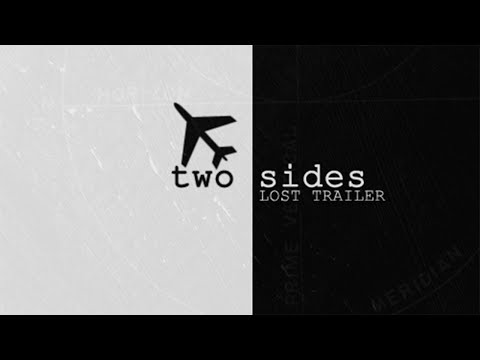 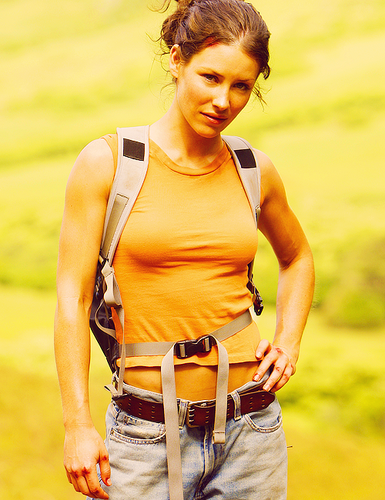 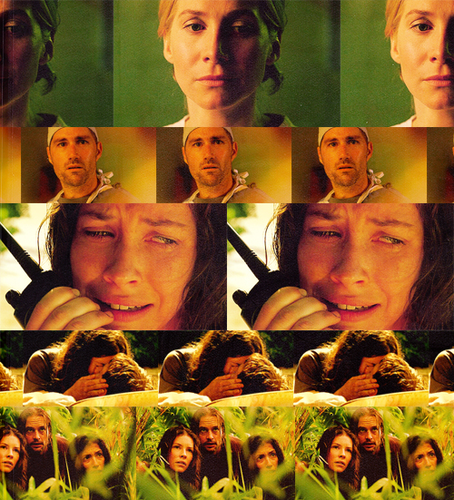 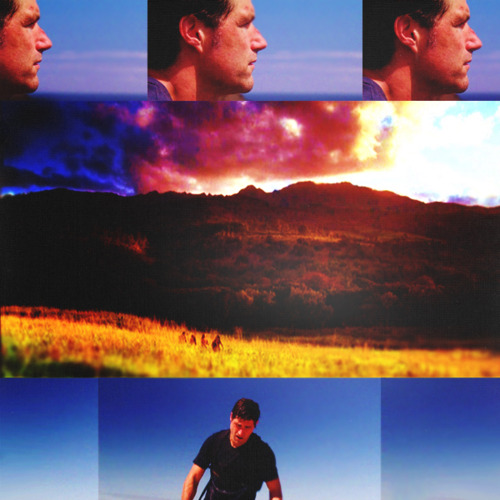 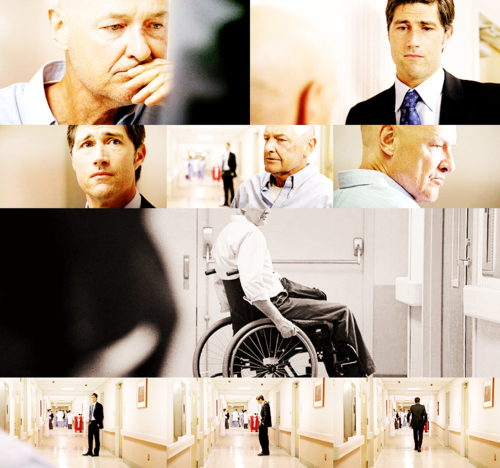 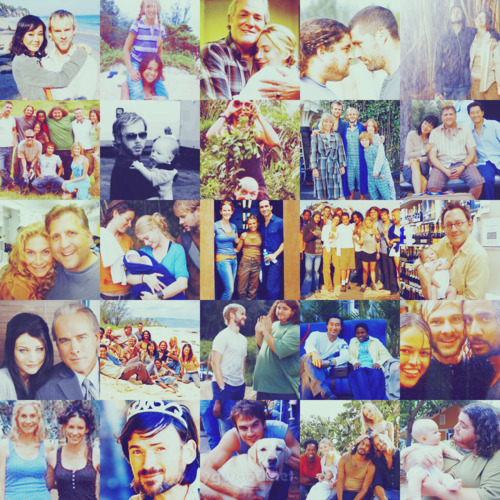 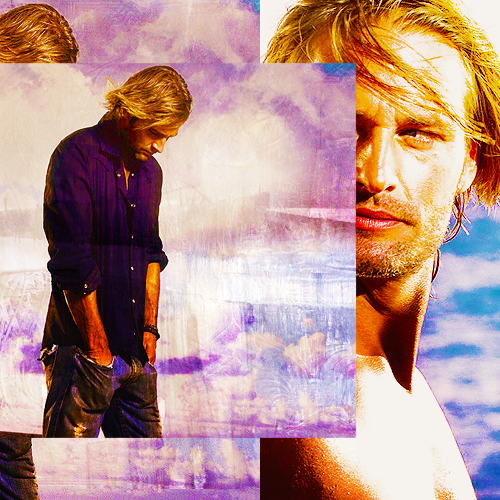 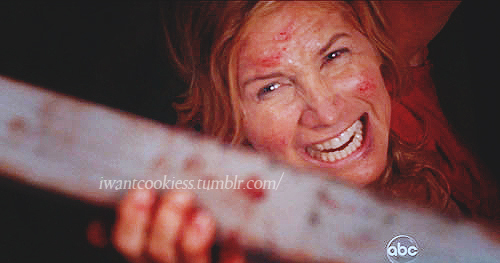 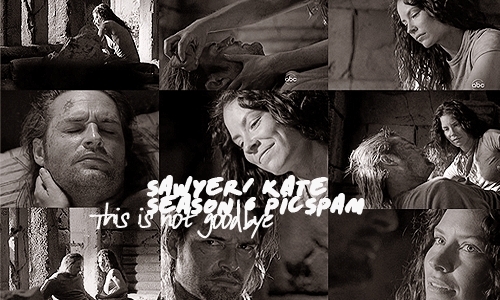 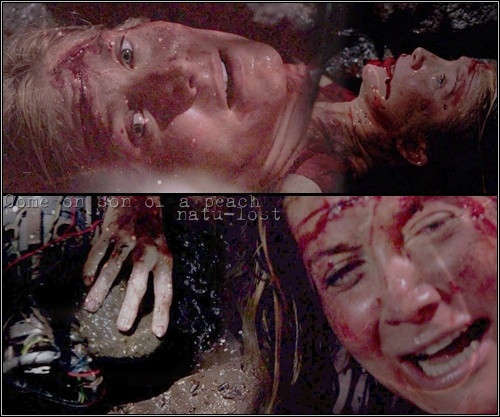