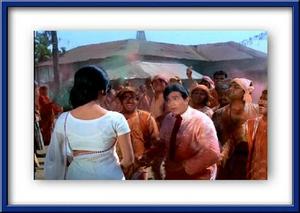 Kati Patang (1970) - Featuring superstar Rajesh Khanna during the peak of his run, Kati Patang had the famous Holi song, "Aaj na chorenge, bas humjoli". Kati Patang starred Asha Parekh apart from Rajesh Khanna. And it too was a major hit, with adjusted 2010 gross of over Rs 200 crores. 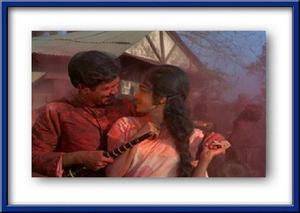 Rajesh Khanna & Asha Parekh in 'Kati Patang'
To some people in Bollywood, Musik has been very kind. Either Von sheer luck oder design, some stars always seems to enjoy the good fortune of having the perfect score for their movies.

Standing head and shoulders above everyone in this regard would be Rajesh Khanna. Jahr after year, film after film, he got the perfect songs to mouth on-screen, which led to Mehr than a normal success ratio for his films and for his own on screen romantic persona.