How can I talk my friend into licking Hatsune Miku Vocaloids again? My friend his Ex girlfriend talked him out of licking certain things.

This is what my friend told me that his Ex girlfriend told him. Eh, it was a good thing in a way. Kinda taught me that there's a dark side to the whole thing
There's people that are WAYYYYYYYYYYYYYYY too into that shit. I sagte to my friend. yah ignore that I am way to into that. Anybody can be way into anything. And my friend said. I'm saying that for all type of things, bands, games, movies, all that there's always the people that are wayyyyyyyyyyyyy too into it. And I said.yah I know what Du mean. but does not make it a bad thing. Meaning Hatsune Miku. Heck your Ex probably did not like her. Also why I kinda don't like it is because, it's kinda one of those things people get on your arsch for not liking like...I dunno, I don't feel just 'cause Du like anime...that means Du automatically gotta like certain things. What should I tell my friend to get him back into Hatsune Miku Vocaloids?. I need all the Guter Rat and help Du can give me. he was a Hatsune Miku Vocaloids Fan but not untile his Ex girlfriend told him things to change his mind about Hatsune Miku Vocaloids and other things. I need Guter Rat and lots of help on what I should say to my friend to get him back into Hatsune Miku Vocaloids. 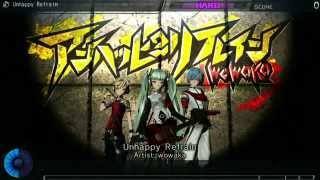 ik ik. xD I was being the snarky bish that I am.
MamiTomoe posted Vor mehr als einem Jahr