5
Pocahontas: The Princess with Personality
posted by CRaZy_rawR
I still continuously see people remarking on Pocahontas "lack of personality." It has been a little Mehr uncommon, but just for the other nonbelievers, I decided to write this. I know many will beg to differ, but it's just the way I see it. If Du have any reason to disagree, go ahead and leave a comment. I'm up to defend her. XD Okay, I'll quit rambling on and actually start the article.

We first begin to see Pocahontas' personality in the very beginning. She leaves us with a lasting first impression. We can see how she is connected to nature from the very start. Seeing her jump off the cliff shows Pocahontas' Mehr adventurous side. She is playful throughout the scene with Nakoma. That is just the start. Also, Pocahontas is always being playful and having fun with Nakoma. 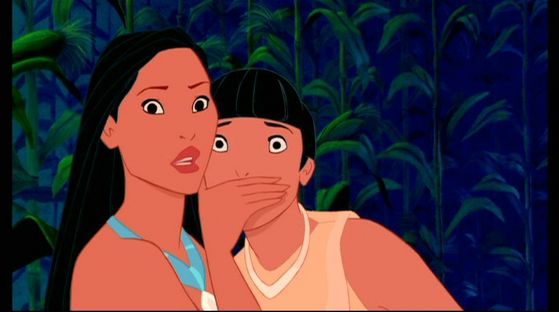 Pocahontas has as much as a curious side as any other princess. Most of the time, people overlook this trait. She is is not only desiring to know about the white men, but especially John Smith. The way she speaks to him and messes around with his helm shows how curious she is. 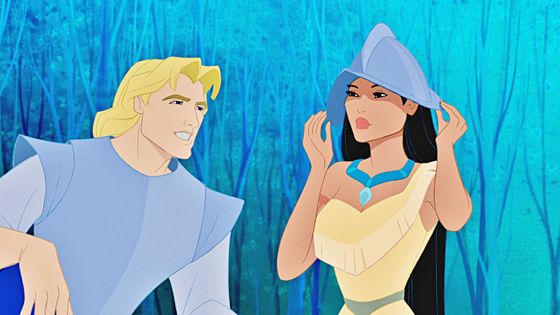 
Her Most Noticeable Trait

We all know people remember Pocahontas for her indecisiveness. We see it from the start, from Just Around the Riverbend" to whether she wanted to save John Smith's life. I actually find indecisiveness to be a admirable trait. I know it sounds crazy, but it means Du actually take time to think things through. Obviously, there are majorly indecisive people that are even indecisive about what Essen to eat, but I do not see Pocahontas as that type of person. 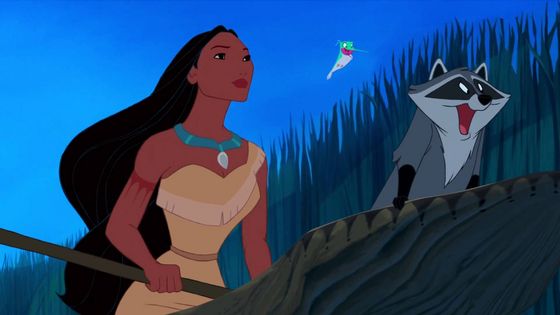 "Should I choose the smoothest course?"

Let's be honest, Pocahontas is not always looking on the bright side of things. She is never enthusiastic about having to marry Kocoum, nor does she have a positive outlook on all the possibilities of the marriage. It is a Mehr subtle trait, but still. 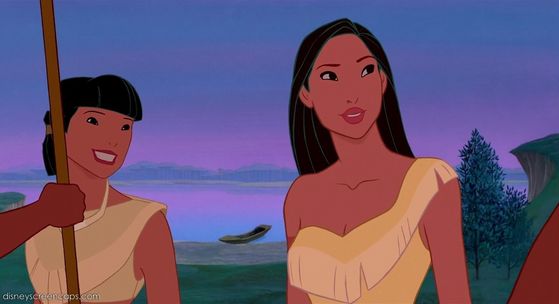 Yes, most of Pocahontas and John Smith's relationship was based on lust. Yet though, I still can detect the Liebe she has for John Smith in her heart. If she really didn't Liebe him, she most likely wouldn't have left the village when her father forbade her from it. She wouldn't have sagte John Smith's life if it weren't for Liebe for not only him, but for her people and the white people. She loved John Smith enough to let him go, so he wouldn't die. 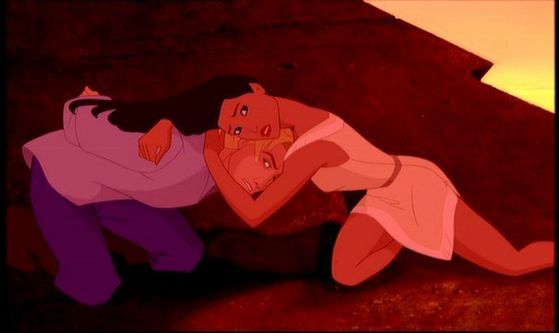 
To Be Caring and Determined

This trait is most prominent in "Savages Pt. 2." Her entire part of that song is her Wird angezeigt her care for everyone, that war was not needed, and she was determined to stop it. She also showed her caring side when Thomas killed Kocoum. She had no interest in the man, but she still cared that he was dead. 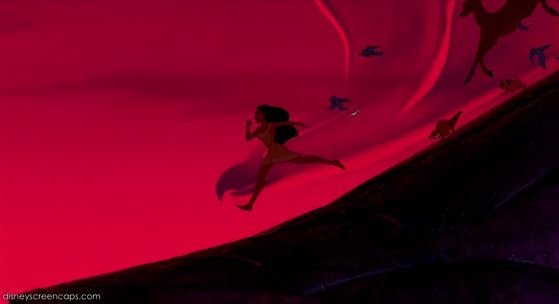 "Is there nothing I can do? Still I know I have to try."

Pocahontas becomes Mehr mature towards the end of the movie. We are talking about war here. She couldn't be ecstatic oder hyper all of the time. She had things to do, like stopping a war, rather than fooling around. We all have to grow up and become Mehr mature, and Pocahontas was just becoming an example of that. 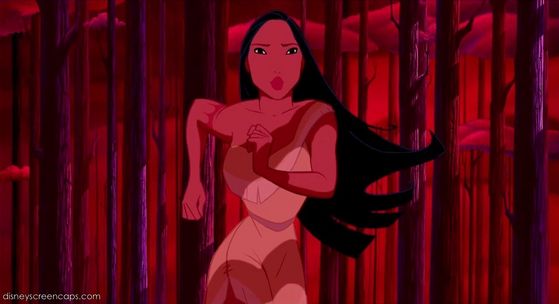 "How loud are the drums of war?"


These are just the Mehr prominent and noticeable traits I see in Pocahontas. I hope Du like the article, and sorry for it being so lengthy!
ShadowintheDark, THEDisneyFreak and 3 others like this
shanyuisboss Bravo! Yes, this is perfect. You explained it perfectly without overly analyzing and making it overly long and analytical. I never understood why people think she doesn't have a personality. I can understand why people would not like shan yu, why they would think jasmine is selfish, but sometimes I just don't get why people say this stuff. Pocahontas had one of the most evident and clear personalities of all the DPs so I don't see why everyone thinks she is boring. This is exactly what I wanted to say, amazing.
dclairmont Ahh yeah. Pocahontas <3 I love her SOOO much! "It's a helmet" -John Smith, idk why, but that made me laugh XD Amazing article with amazing points! Why are people so hard on this wonderful girl?
prussiaducky Nice but me no agree with much
prussiaducky I think she is a bit optimistic
TigerRanma I don't know but people compared me to her.
coolsinger198 i lovve this article and Poca!
11
Character In Review: Pocahontas
posted by jacksfrost 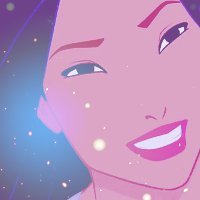 icon made by princesslullaby
link

Back to my Character In Review series with another one of my favorites, Pocahontas! I was originally planning on doing them in chronological order, but I decided to go in order of Favoriten instead because that seemed Mehr interesting. I'm also going to structure this a little bit differently than my last one, but I hope Du still enjoy ^^ Anyway, without further ado, the article!


Pocahontas is great in many ways, but I think there was one instance that really struck me as remarkable, and solidified my Liebe for her. That scene is the one when Nakoma tells Pocahontas that she sent Kocoum...
continue reading... 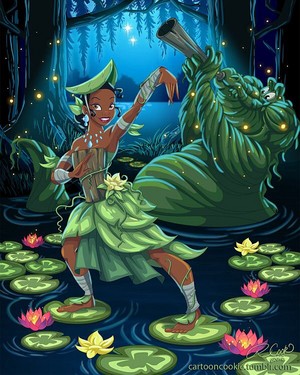 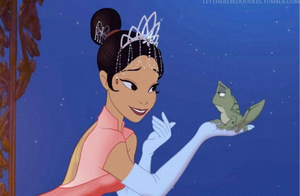 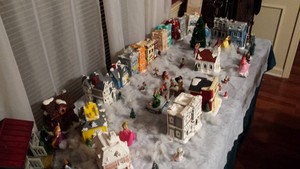 DP figurines in my mom's Weihnachten village.
added by mhs1025
Source: me 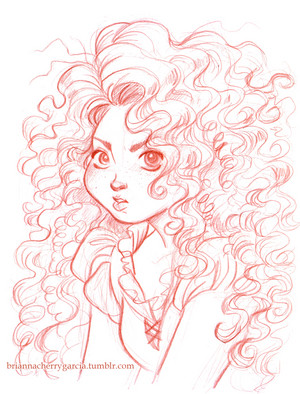 Merida
added by PrincessFairy
Source: http://briannacherrygarcia.tumblr.com/post/104886960933/i-took-my-sketchbook-to-disneyland-again-and
32
Meet the Disney Princess Fans 2014!
posted by JungleQueen13
Hi everyone - here is the Meet the Disney Princess Fans Artikel for 2014! Basically it is an introduction of some users here who chose to take part, and everyone is sorted according to their favourite princess. Please read and enjoy! 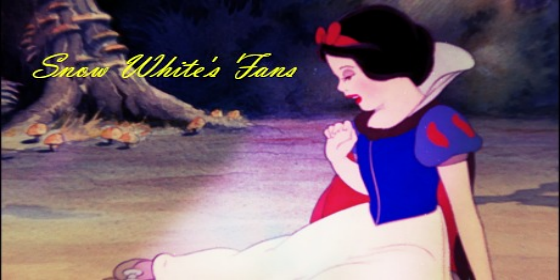 avatar_tla_fan
From her username, Du should have noticed that avatar_tla_fan is a keen Fan of Avatar: The Last Airbender series. She is known here as a very active user. Her contributions to DP club are obvious just as she had already shown Von earning a die-hard medal only in a few months! Her sweet, understanding, and respectful personality,...
continue reading... 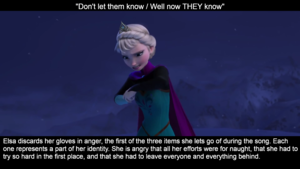 Elsa's face expressions in let it go and what it means
added by PeacefulCritic
Source: NaCLHV 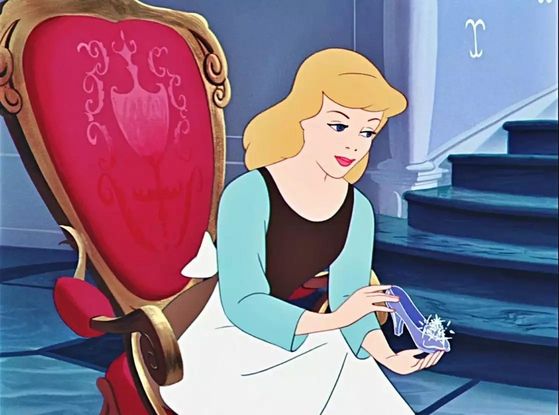 12. Cinderella: 269 Points.
A classic, and usually considered the most iconic Disney Princess Movie. Well, it sure didn't do too well in this countdown, and a lot of the users placed it in their bottom three, oder even last. Most people tend to find it boring, dull, not entertaining, uninteresting, didn't like it in general, oder just placed it last because they loved the others more. The, "old-fashioned ness" of the movie doesn't help things for...
continue reading... 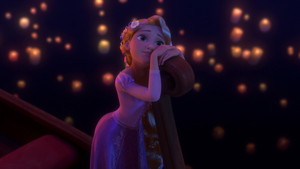 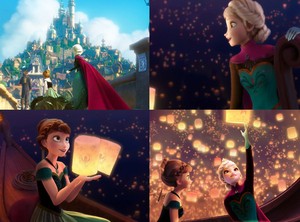 1
My Elsa "Painting"
added by Disneyfan9648
Source: me 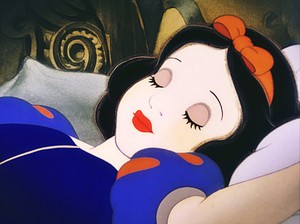 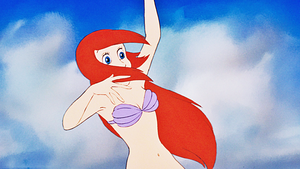 1
maleficent
added by MJ_Fan_4Life007
12
My Favorit Disney Princesses. (Updated!)
posted by avatar_tla_fan
This is the Sekunde time I've done this. Well, it's been changed yet again, and.. A lot. So, I might as well re-do it, there's been some pretty big changes since I last made this article. Some placements have changed a lot, and some have stayed around the same, so you'll find out soon which placements have changed and which havent. Anyways, please keep in mind that this is my opinion, and we may disagreement so respect my opinion and I will respect yours. I hope Du enjoy the article! :)

And I really want to know what Du think about my list, so if Du could comment, it would mean a lot! 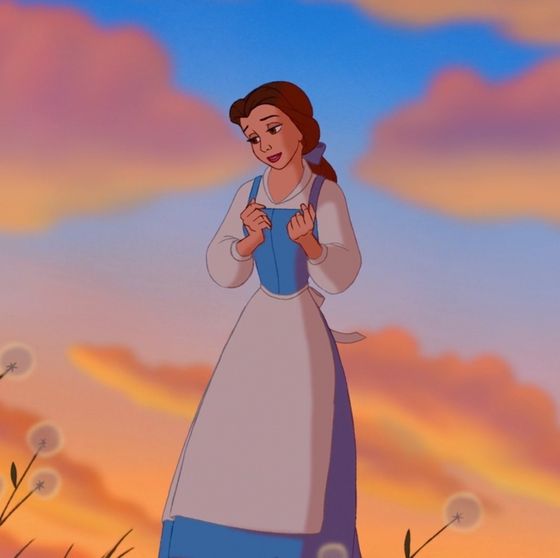 ...
continue reading...
7
Most Beautiful Ballgown Countdown Results
posted by MaidofOrleans
All righty everyone! As my first countdown since my return I figured it would be nice to do something a little shorter than normal, so I decided to focus on just the poofy ballgowns. I've always been a huge Fan of poofy dresses. They're just so fun! I Liebe the huge skirts. Looking over this Liste I laugh, because it seems like I always like the aspects of the dresses that everyone else hates. Guess I just have unpopular fashion opinions? So anyway, here are fanpop's opinions on them.

I must say I was sad to see this dress go first. I actually really like it. I love...
continue reading...
1
Opinion/Rant: A Coward?
posted by snsdlover4ever
Hello! If Du don't know already, I am snsdlover4ever, and I'd like to stay Mehr active on this club, so I'm here today to write my first Opinion/Rant on this club. Without further ado, let's skip all these boring introductions and begin with my Opinion/Rant! Enjoy!

As Du see, the topic is about a certain DP that is constantly labeled as "cowardly." Du all can probably guess who that is... 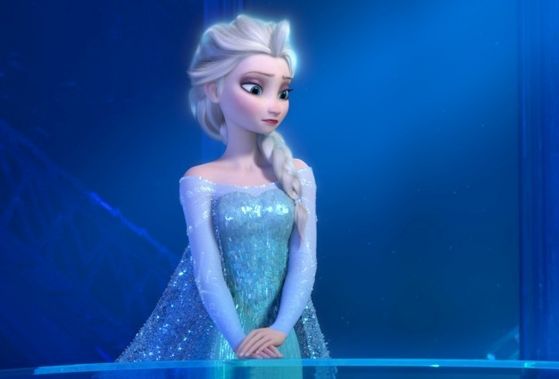 To be fair, Elsa is a princess that I consider myself to be neurtal about, and I think that it'll always stay that way. It doesn't mean that I hate her, unlike some people in this club, but it doesn't...
continue reading... 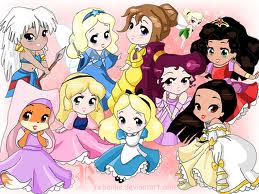