8
Sometimes Liebe is not about choices
posted by overthedges
i know a lot of Fans feel depressed lately about DE, mostly about Julie's words. I'll try to give Du Mehr hope with the help of a certain quote i remember. I want to focu on this tweet. Seems bad for us, but IT'S NOT.

When Elena finally gets together with damon, she won’t have to think about it, it won't be a choice anymore. She won't be afraid of nothing, she will be sure of her feelings, she will be free to Liebe him unconditionally.
Im a big Fan of Grey's Anatomy (like Julie) and i remember this quote from Meredith Grey who explain exactly how i feel about this. It's true and very beautiful. Let me know what Du think :)

"In the eighth grade my english class had to read Romeo and Juliet. Then for extra credit, Mrs. Snyder made us act out all the parts. Sal Scafarillo was Romeo. As fate would have it, I was Juliet… all the other girls were jealous, but I had a slightly different take. I told Mrs. Snyder that Juliet was an idiot. For starters she falls for the one guy she knows she can’t have, then she blames fate for her own bad decision. Mrs. Snyder explained to me that when fate comes into play choice sometimes goes out the window. At the ripe old age of 13 I was very clear that Liebe like life is about making choices. And fate has nothing to do with it. . Everyone thinks it’s so romantic, Romeo and Juliet, true love, how sad. If Juliet was stupid enough to fall for the enemy, drink the bottle of poison, and go to sleep in a mausoleum, she deserved whatever she got.
I told Mrs. Snyder that when I was grown up, I'd take fate into my own hands. I wouldn't let some guy drag me down. Mrs. Snyder sagte that I'd be lucky if I ever had that kind of passion with someone, and that if I did, we'd be together forever. Even now, I believe that for the most part, Liebe is about choices. It's about putting down the poison and the dagger and making your own happy ending...most of the time. And that sometimes, despite all your best choices and all your best intentions... fate wins anyway." Meredith Grey
predann, TheExcorcist and 6 others like this
ggdelena good answer
RealismHurts Hm, I don't think it's that a lot of fans are depressed about DE's current state as they are about their "journey" or shall I say, the past few seasons and what that's done to them as a ship.
6
Return Your Liebe (DE song, Elena's POV, 3x14)
posted by HaleyDewit
Never has silence been so loud
But the words just slipped my mouth
So why am I not trying to make amends?
Instead I chase your brother
Not sure why I even bother
So how could Du understand if I don’t get it myself?

If I could turn back time
I would let my herz speak for me
I wouldn’t have to think twice
I’d be grateful for having Du here with me
And if I could take back the words
I threw right in your face
I would return your love
And say: ‘Please, forgive me, if I’m a little late’

Never have I wished so hard...
continue reading... 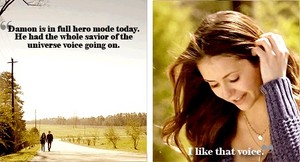 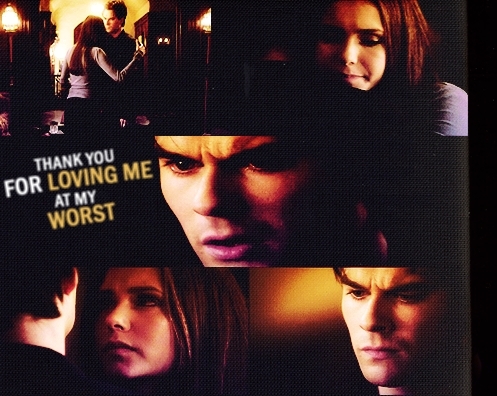 1
Delena <3
added by tvdabst
Source: me 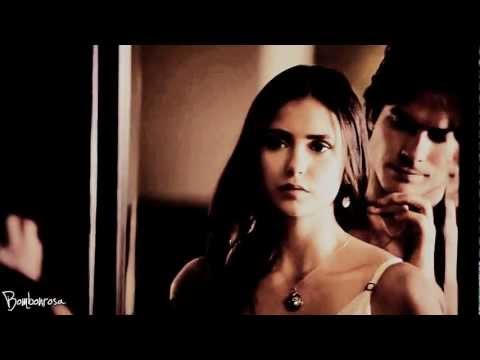 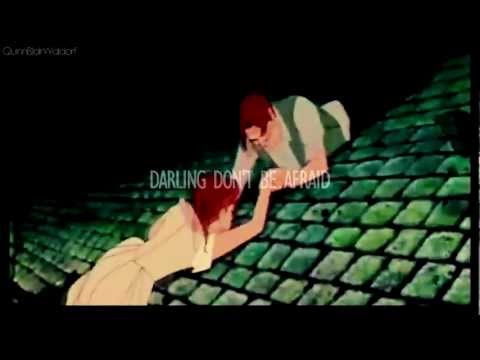 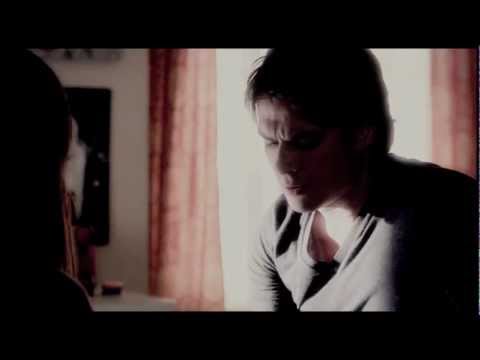 5
Damon&Elena - Holding hands (4x06)
added by bibi88
video
Damon Salvatore
Elena Gilbert
Vampire Diaries
delena
fanvid
1
Damon and Elena
posted by emmett_lover125
If Du think about it's really always been Damon. Since the beginning of this Zeigen I always thought Elena would eventually end up with the older Salvatore brother, even before we find out the part where Damon found Elena first. He spoke to her and wished her a Liebe that would consume her, then proof made her forget all about him. That very same night Elena's parents drove off a bridge with her in the car and like magic Stefan saves Elena. Some Fans may say that Liebe was for Stefan but I don't think so. Elena had to forgive Damon for Mehr than she ever did Stefan. She became his friend, his...
continue reading... 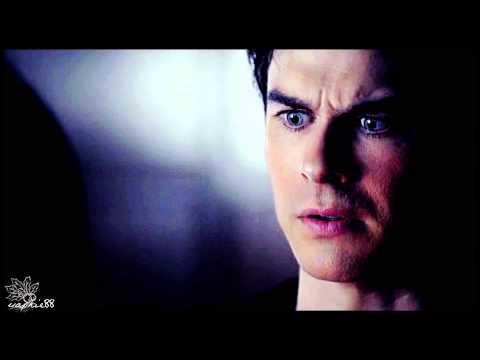 3
The Vampire Diaries Extended Promo 2x18 -- The Last Dance
added by bloody-mary
video
Vampire Diaries
Damon Salvatore
Elena Gilbert
delena
Ian Somerhalder
Nina Dobrev
stefan salvatore
3
The Host Chapter 14 part 1
posted by HaleyDewit
Cramps in her stomach and something wet and sticky on the sheets made Elena wake up groaning. She got out of bed, her hands on her stomach. She turned around and screamed. Both of the Salvatore brothers came rushing to her room, but as soon as they saw the blood, Damon pushed Stefan aside and locked himself in, the moment Stefan’s face turned. “Oh, come on, dick!” Stefan moped as his face changed back.
Damon walked to Elena. “Are Du alright?” he asked feeling awkward. Elena heavily shook her head. “No, I’m sick. My stomach hurts and I’m bleeding” she looked up. “I’m dying,...
continue reading... 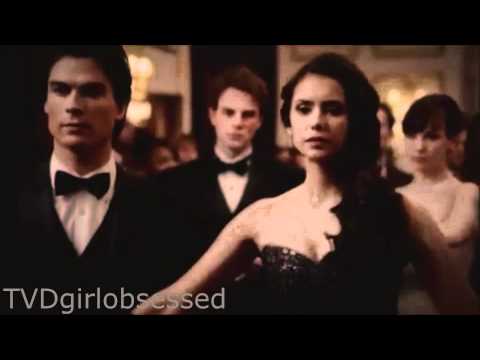 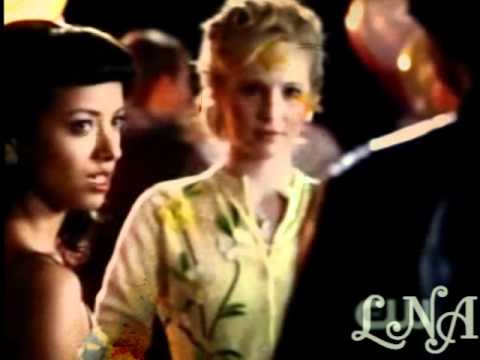 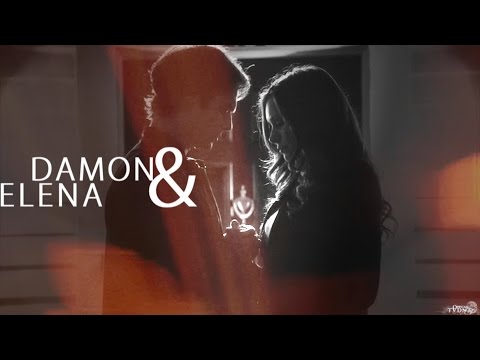 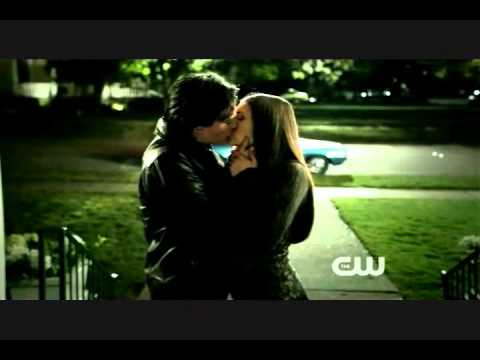 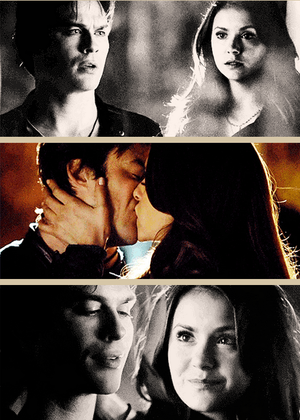