Yamamoto has become softer
He is still without his left arm
Though he has not changed physically, he does have some inner changes.

Her hair is shorter and straight now
Her arm was restored due to new technology in the Gotei 13.

Kubo says he feels his bankai would be a little nauseating

Unohana will fight in the upcoming arc
The true form of her Zanpakuto will be seen
When she fights, she unravels her braid

Shinji's bangs have changed since his hair would not grow that much in 17 months
Kubo would like to draw how Shinji and Momo have developed a trusting relationship.

Byakuya no longer wears a kenseikan

Renji has grown stronger
He is not quite at Aizen level yet.
His Bankai has changed
Renji stopped wearing goggles and switched to a towel so they would not break in battle.

His armor has changed

Kensei is captain again with Hisgai, who looks up to him, as his lieutenant.

Despite insisting that he grew taller in a volume 53 sketch, he has not grown taller (Kubo laughs)
His Bankai has been completed
The chain on his Zanpakuto has changed

Rangiku's past will be a key to the story.

He has not learned the name of his Zanpakuto yet
Kubo wants to draw his becoming a captain but says it would be difficult as it would disrupt the narrative.

Kubo has not even drawn her in a fight yet

He wears a new armor piece with the kanji for dragon on it.

Kubo sagte if he gives a lieutenant a Bankai, he thinks Yumichika would be a good choice.
Kubo considers him and Ikkaku to be equals in strength

Mayuri's research will be the key to this arc.
Specifically his study on bodies will be the main part of this arc.
He has a new look
He has several different "faces" which he could put on at any time.
Kubo wanted to draw him in the last arc but could not make him appear

Ukitake is still ill
He will recover
He has undergone a bit of an internal change
Kubo claims he has no sense of fashion and jokingly sagte the only change he would ever make is dying his hair.

Kubo plans on drawing flashbacks of when she was made a Lieutenant and how she felt.
Sentaro and Kiyone are supportive of her

Kubo wanted to change her looks but thought her current look Suits her too well.
She is permanently exiled from Soul Society along with Urahara
Her secret past with Urahara will be revealed

His past with Ryuken will be revealed
Isshin could not go to Soul Society with Urahara because it would reveal something to the Gotei 13 and thus did not go.

Aizen Kommentiert that since Ichigo's birth, he has been an extraordinary being, the meaning behind this will be revealed
Grand Fisher called Ichigo a true blood, the meaning of this will be revealed
The reason why Ichigo looks so similar to Kaien will come out.
Ichigo is a Substitute Shinigami again.
Months before the Lost Substitute Shinigami arc began, Kubo sent a sketch of Ichigo's new Shikai to his publisher.
The marks around his wrist and neck represent the remnants of his Fullbring merging with his Shinigami powers

Ichigo and Isshin believe that Masaki died to Grand Fisher, however this may not be true. The truth will be revealed.

Aizen will return
Kubo wants to draw him in restraints.

Kubo says the Soul Society Arc was about Rukia, Arrancar arc was about Orihime and Lost Substitute Arc was about Sado. Based on this, the new arc will likely be about Uryu.
The new arc will take place in an Ice palace beneath somewhere.
The palace will be mostly white with blues and silvers in there as well.
The arc will take place right after the last one
Grimmjow is alive and might become a friend
Nel will likely return
This will be the last arc in Bleach
Everyone's bloodlines will be revealed
The Soul King will be revealed
The villains in this arc are few in number but their numbers will increase.
Everyone's past will become important.
The threat in this arc will be so great that it will force the Royal Guard out and be something they have never faced before.
The new villains have the ability to complete erase a Hollow from existence
The new villains have been killing Hollows in mass.
Mayuri knows what is going on.

Links: link
link
link
link
link
link
link
link
link
link
link
link
link
tina24girl, Ryuuikari and 1 other like this
4
The Final BLEACH Arc! Info and interview
posted by unohana
A little after ten years
and BLEACH is nearing
the end of its story.
According to Kubo
Tite–creator of the
much beloved manga
series–the Weiter arc,
presumably dubbed the
“Ice Palace Arc” is
the last arc in the
bleach Manga series.
Fans are pretty miffed
about it. After all,
BLEACH is one of the
“Big Three” manga
series featured in
Shounen Jump.
Rumors are already
flying abound in the
world wide web
concerning this final
arc. Some are saying
that the arc is going to
last ten years (after all,
the Arrancar Arc lasted
a total of four years),
some are saying it
would be around four
years as well. If it does
last...
continue reading...
2
bleach funny storys = princess lurichiyo
posted by animefreak01 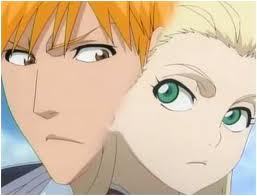 here is another one of my funny bleach storys.

then rukia comes and sees the princess

rukia: Hey ichigo... hahahaha!!! is that a princess?
ichigo: i gues if thats what Du want to call her
lurichiyo:i want Essen now
rukia:whats the magic word?
lurichiyo:give me some Essen oder else i'll kill you

rukia:gosh... theres no need to be mean...
continue reading...
16
Warning Signs that Du are SUPER insane with BLEACH
posted by msbeefjerky 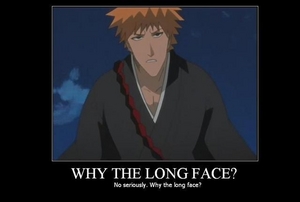 Everyone Du meet appears to have tentacles growing out of places that Du wouldn't expect tentacles to be growing from.

You start out each morning with a 30-minute jog around the bathroom to practise your shunpo power.

You write to your mother in Karakura, Japan every week, even though she sends Du mail from Iowa asking why Du never write.

Every time Du see a straße sign, Du have a tremendous urge to relieve yourself on it.

You put oranges on your head because Du heard it will ward of evil dandruff spirits.

You're always having to apologize to your Weiter door neighbour for setting feuer to his...
continue reading... 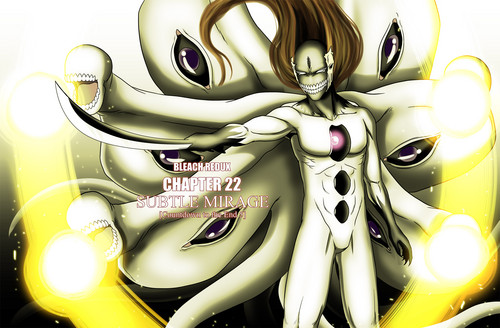 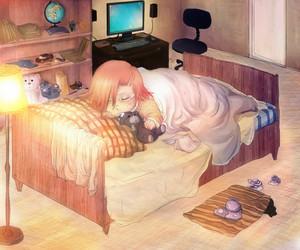 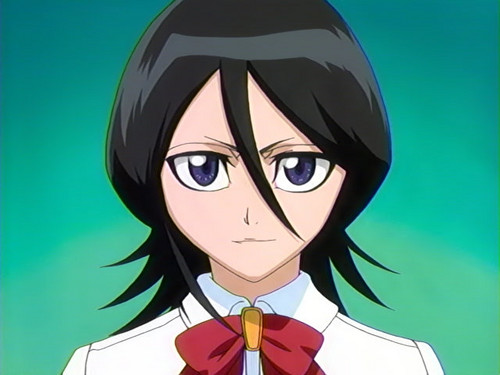 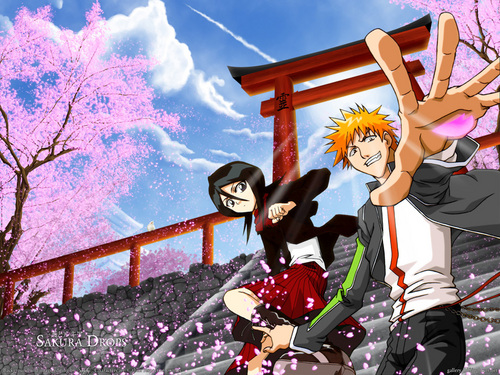 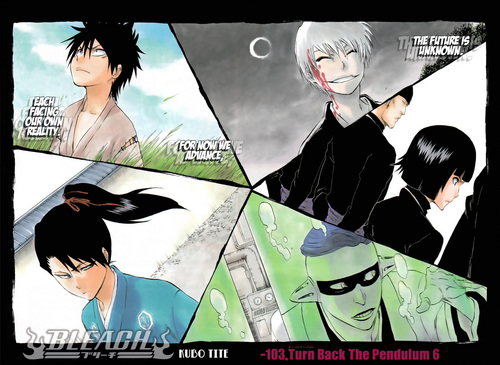 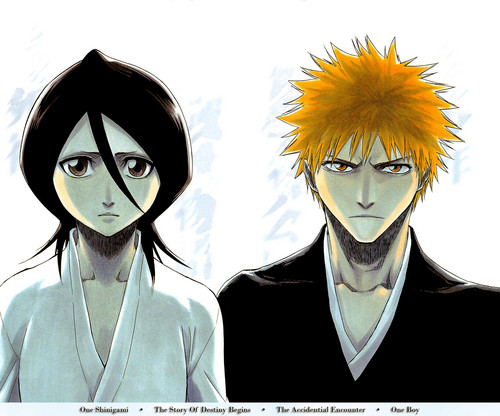 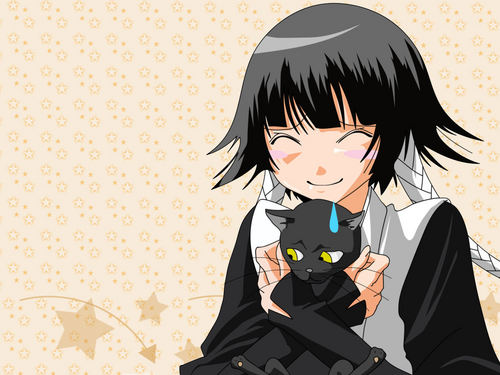 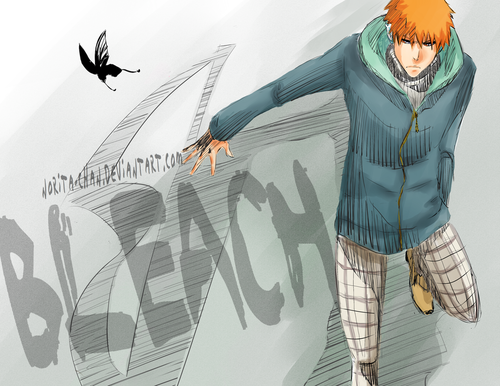 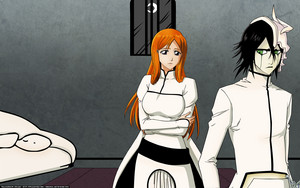 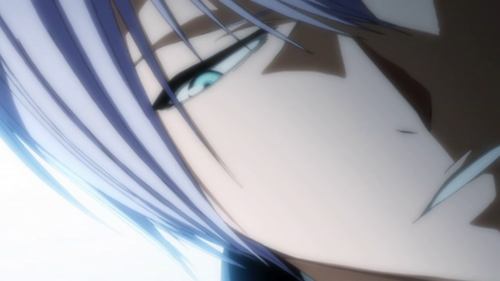 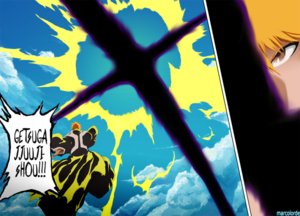 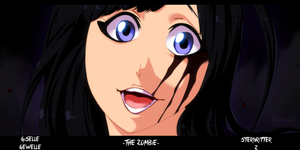 3
Number One - Hazel Fernandes (Bleach Fight Song)
added by bleacher1001
It took me three years to find it, but I finally did; The most sought after Bleach fight song. Hope Du enjoy!!!
video
bleach
fight
song
number
one
hazel
fernandes